Tumblr threads are one of the most interesting things to read on the internet. Random people join into a conversation and before you know it, the thread takes some unexpected twists and turns. Basically, these threads are open to the public so anyone can join in and give their two cents on the topic of discussion. Moreover, the topic can be as lame as you want, but most people are super creative and usually come up with really interesting things to talk about.

Well, this time we see a Tumblr user imagining a quite engaging scenario where you are a regular office worker who has the ability to see numbers from 1-10 above people’s heads indicating how dangerous they are. So like that, a small baby would be a 1, whereas a soldier with weapons might be a 7. This is where the real fun starts when you see a new guy at work who has a number 10 above his head! What happens next? Read the thread below to find out!

1. Looks can be deceiving! 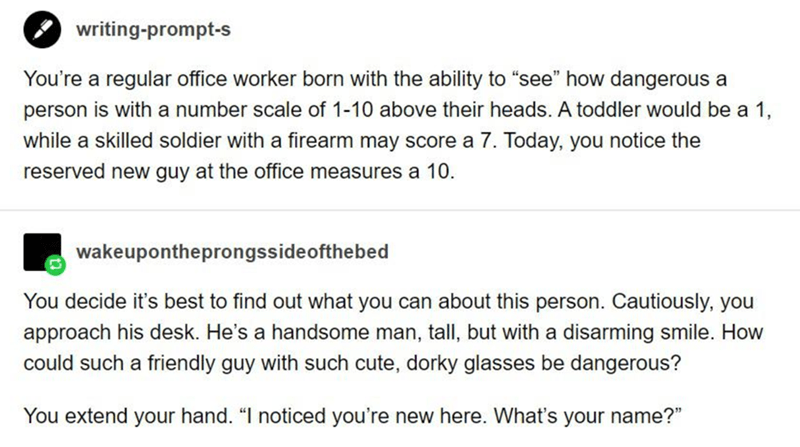 2. Clark Joseph Kent…is that you? 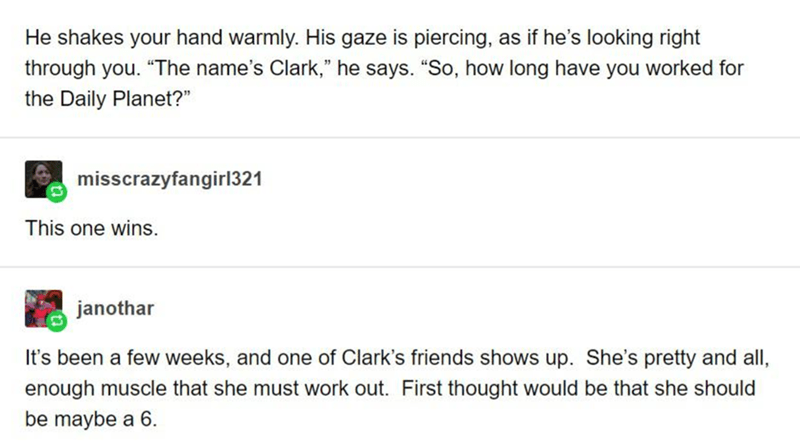 because that’s the only way it explains why he’s a 10!?

Now that you’re almost halfway through the post, can you guess what’s gonna happen next? We’re sure that by now, you’re hooked to this thread and just want to quickly read up on what surprise will the next one bring you, isn’t it? If you are a true fan, who might have gotten a little hint of where the post is heading but to find out how people twist and turn this, keep scrolling all the way till the end!

3. She really seems like a Wonder Woman with that 11 on her head!!! 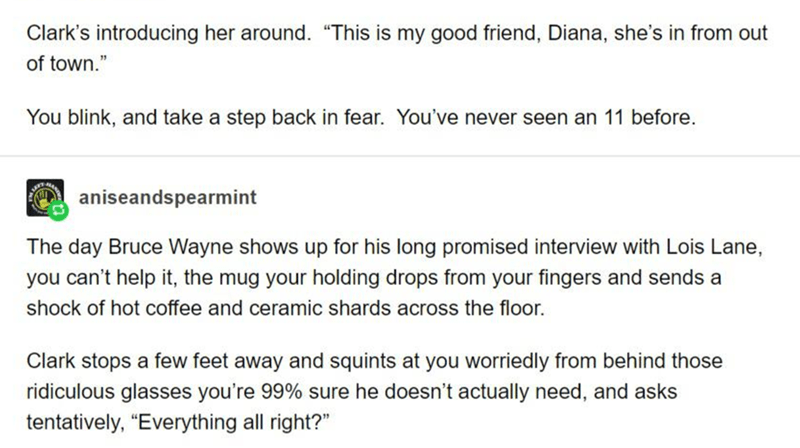 Clark, stop messing around and TELL ME THE TRUTH! 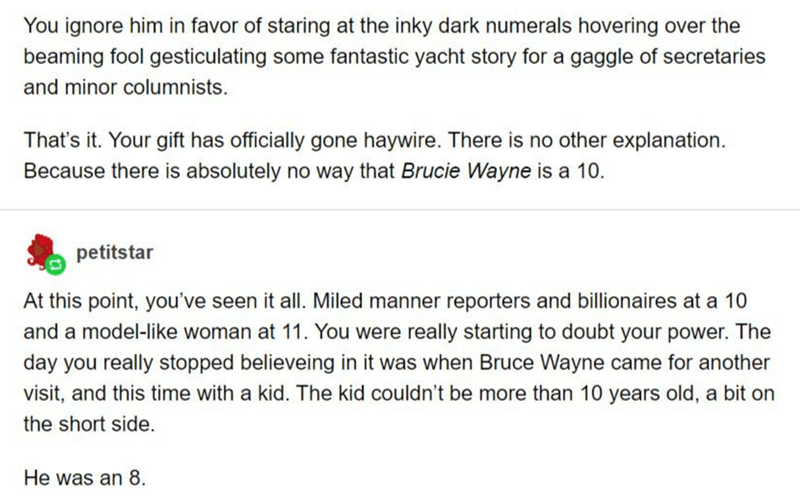 5. What an unexpected turn, Woah! 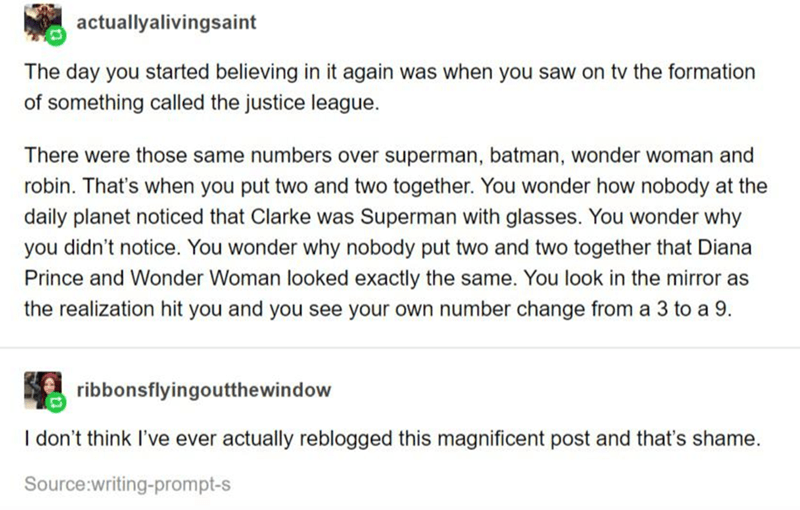 So what do you think about this thread? Wasn’t it interesting to read? If you aren’t on Tumblr, you are most definitely missing out on some hilariously interesting, and strangest collection of thoughts put together by totally random people! Hence, if you’re having a super dull day, then you need to sit back and read up this post for an instant boost of the day because let’s be honest, who wouldn’t enjoy such an amazing fanfiction on Justice League? Do you have something to add to this thread? If yes, why don’t you comment below and let us know too!