One should never act entitled towards someone’s things.

Even if it is rainwater. I can never understand people who think they are entitled to someone’s hard work. We see this time and time again with artists. Where people essentially give them exposure for actual work that they put into the product. Well, this story is somewhat similar to that idea except for the fact that the neighbor is getting nothing in return. I know what you are thinking, ‘Rain is just water, why make such a  big fuss?’

Well, the system he made for actually collecting the water was his own work so they aren’t really entitled to it. And they are thieving at this point since they didn’t ask him if they could use it. And even when he confronted them, they were adamant that it wasn’t a big deal and that it is just water. I can see the dilemma here and thus this left him a bit confused on whether he was right to go off on them or he took it too far.

You can see what people thought for yourself by scrolling below.

First, they give a bit of background on why they need to do this in the first place. 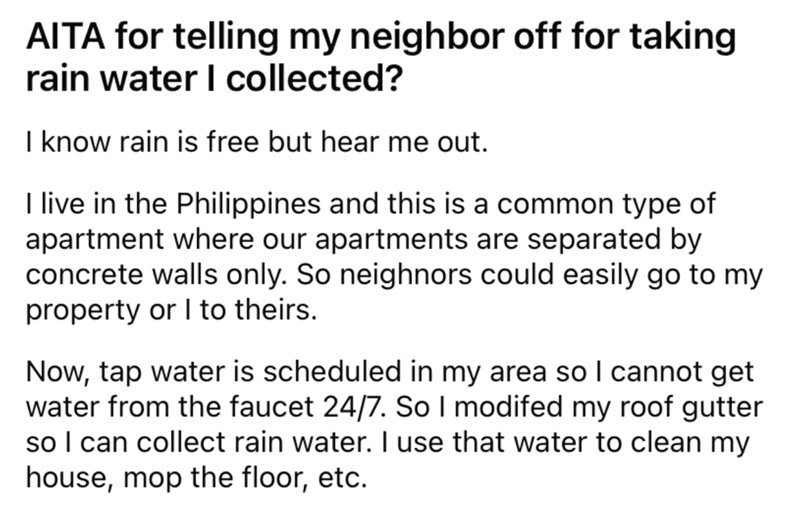 And they talk about how their neighbors have been stealing the water from them. 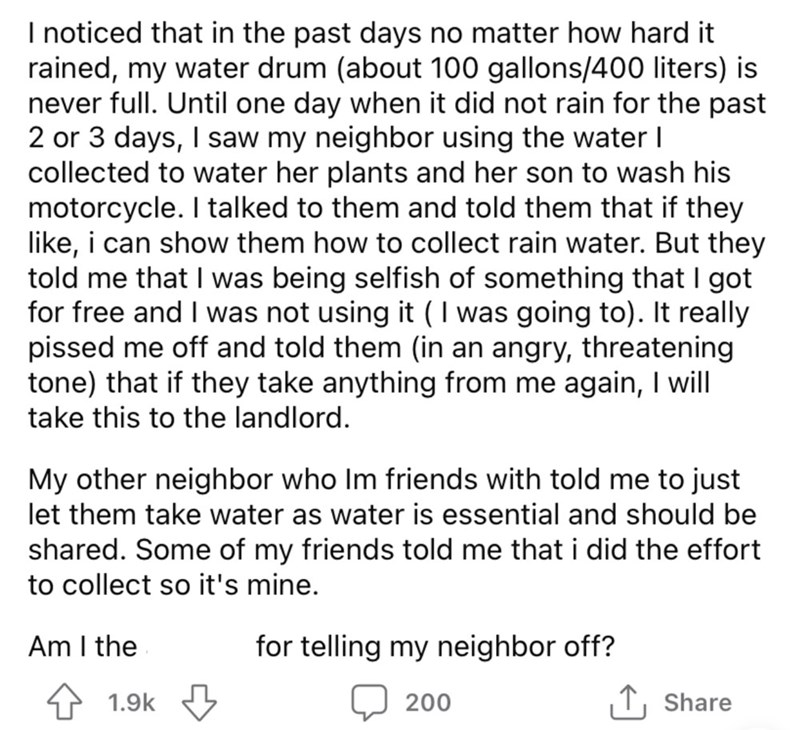 People in the comments agreed that the neighbors were in the wrong.

As far as I know, this is only a legal concern in the western US. The dry climate and the way these states were settled led to laws that assigned water rights by seniority. If you collect rainwater, you’re stealing it from the person downstream who owns the rights (under this legal schema). I don’t think it’s a common situation in other parts of the world. –GrayArchon

They simply want the benefits without doing any of the work.

It might be free but that does not mean, he didn’t have to put in work to get it to work.

Others advised him to get a lock or a grate. 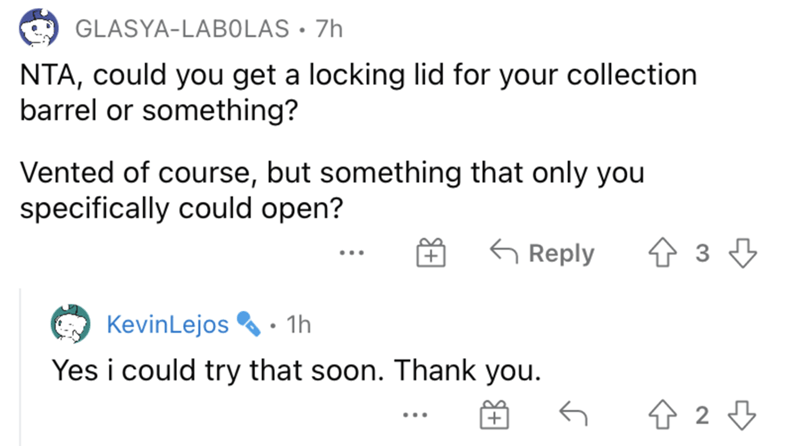 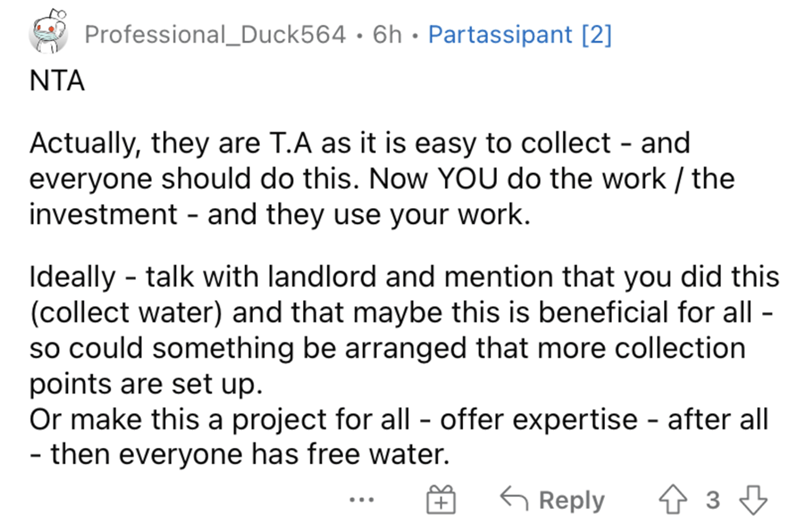 As we already know from stories like these, a lock might be the only way to keep them out.

We always find new heights in entitlement every day.

All of this could have been avoided if they just took his help.

And actually arranged a backup for themselves.

How do you think he should deal with it? Comment down below and let us know.