Family holidays are the best but this one person had a bothering concern.

Family holidays are the absolute best. You finally manage to come up with a date or set of dates where you have nothing else on your calendar, no work, no commitments, no nothing. You can finally take on a holiday and just relax with your family not caring about what you have left behind for it. Totally worth it as you really do work hard all year long for these vacations. Call me old school or old-fashioned but the types of family holidays or get-togethers I love the most are when the whole family gathers together and stays at a small place, squeezing in for a spot and just loud laughter and stories being shouted at one another. Just an amazing time all together.

On this one Thanksgiving, one of our favorite times of the day, this family wished their thanksgiving dinner organizer would board his doggo so they don’t have to be around him and all when they come to stay at their place. Now here is a very major fact that you guys should know, the family was going to live at the host’s place for free.

Now you know there’s quite a lot wrong with this whole scenario. You can’t really get to say who you want and who you don’t want at someone’s place where you are being invited for a festival and are being allowed to stay at zero cost.

Well, the question was posed to the Reddit community, and spoiler alert, they have the exact same point of view as us. Let’s see what you guys think. Scroll down below to read what happened. And be very prepared because this is probably the biggest dose of NTA you will be getting in a long time.

1. Well this is going to be an interesting one and I know you guys can feel that too.

2. Ah so it is one of those classics where people just assume your dog is going to be very aggressive and eat everyone when the reality ends up being totally opposite.

3. It sound all sweet and everything until they requested OP to board their dog for a whole ass week. 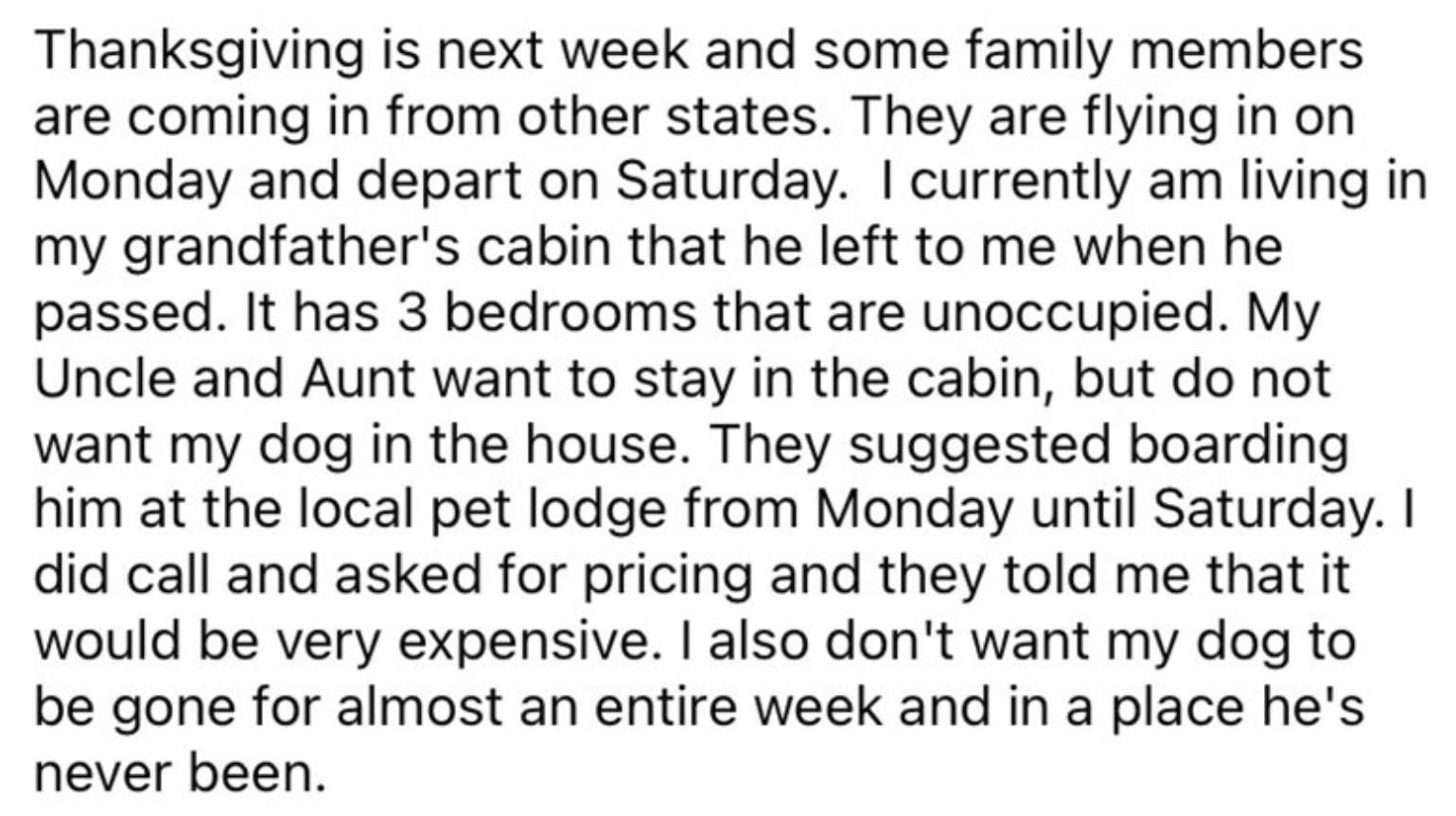 4. I think you were absolutely right on your part for doing that. Your dog, your house, you do whatever the heck you want with them.

This is pretty absurd and rude if you guys think about it. Like, for one thing, that person is organizing a really nice diner for you guys, and then you for some odd reason decide you don’t want their own dog to be at their own place for as long as you stay? I am really sorry but you are being a fully-transformed ass-hole if you behave like this. Plus, that dog does not deserve to live away from its owner on a holiday they probably spent every year together.

Our verdict is that the OP was not an asshole at all for not boarding their doggo The question was then presented to the internet and here’s what the Reddit community had to say about it:

1. NTA. This person said it is the dog’s home and you cannot kick the owners out.

At least that’s what the law said. 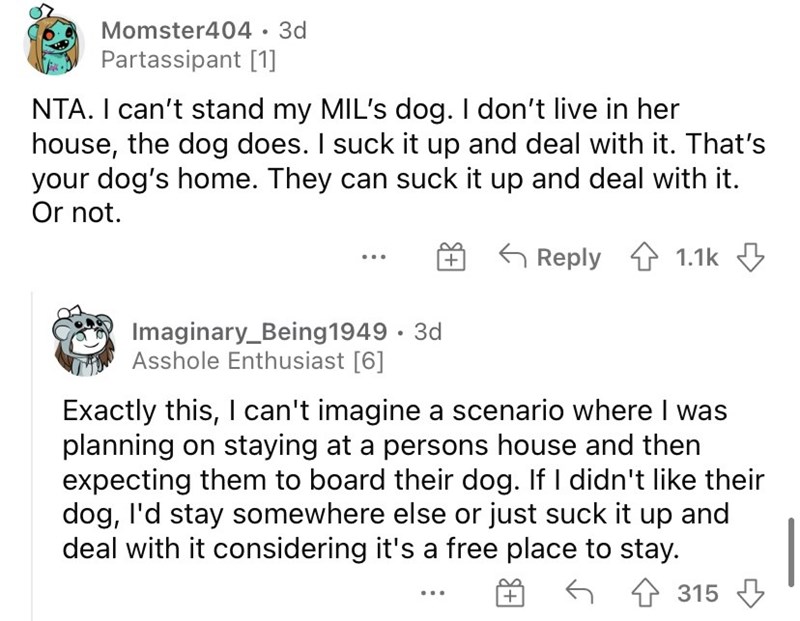 2. People encouraged OP to raise their voice against such an act with

confidence so such a bracket never opens again. 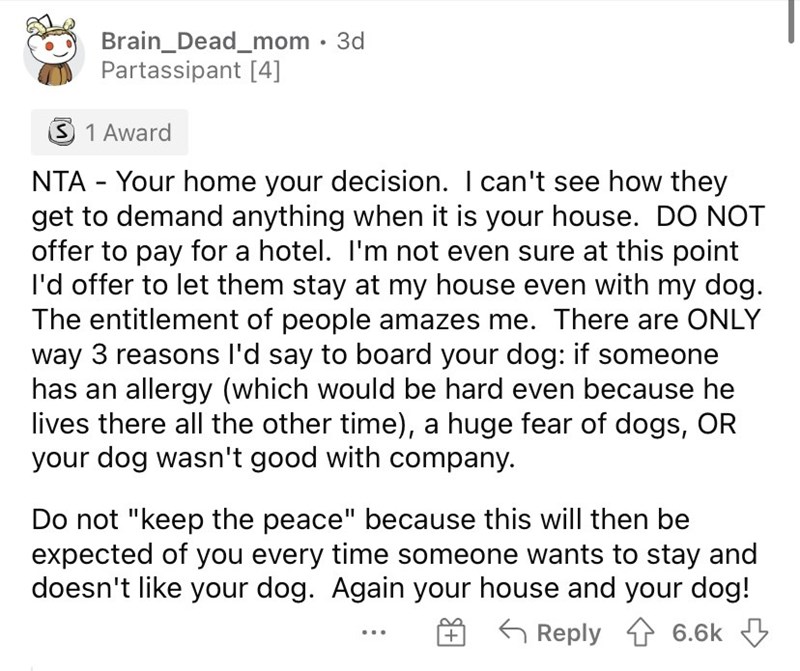 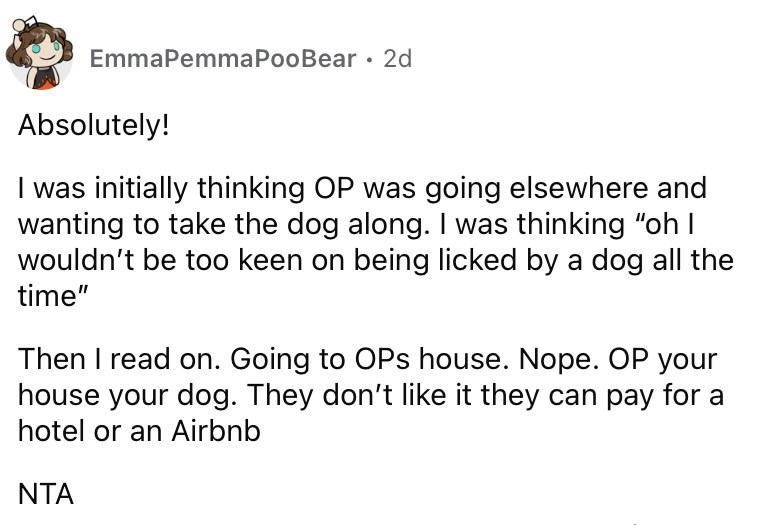 4. Let’s just say the Reddit community was united at this. 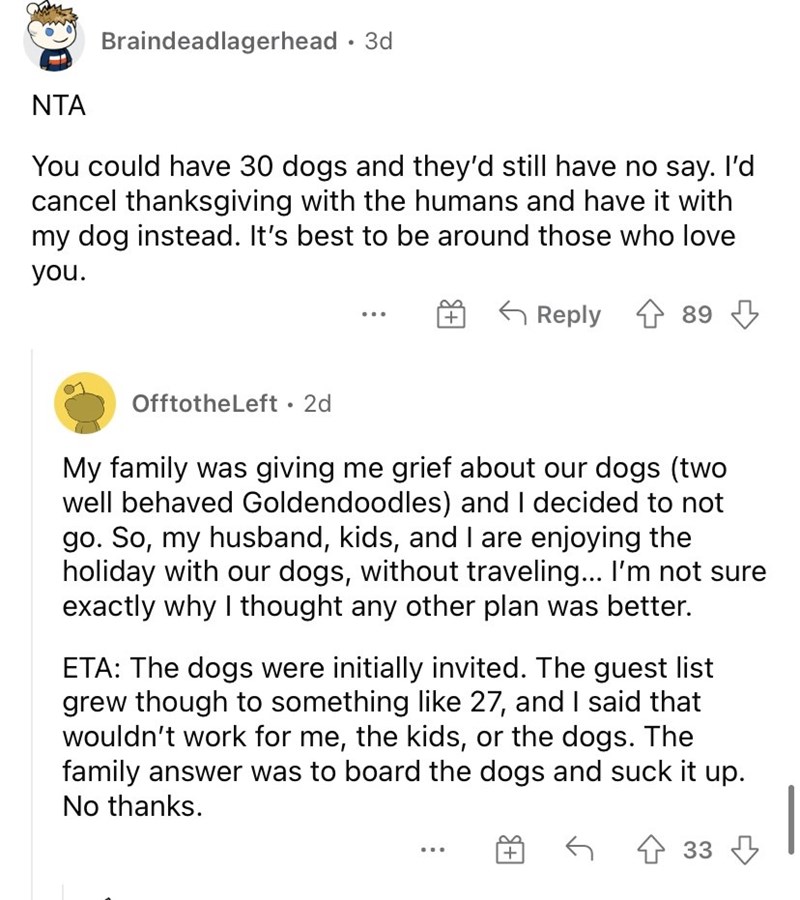 5. Some solid facts and figures were presented too. 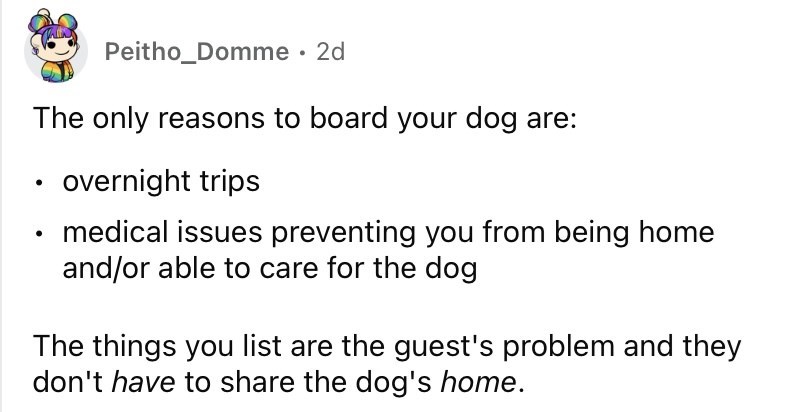 6. Dog is family and family is supposed to be at thanksgiving dinners. 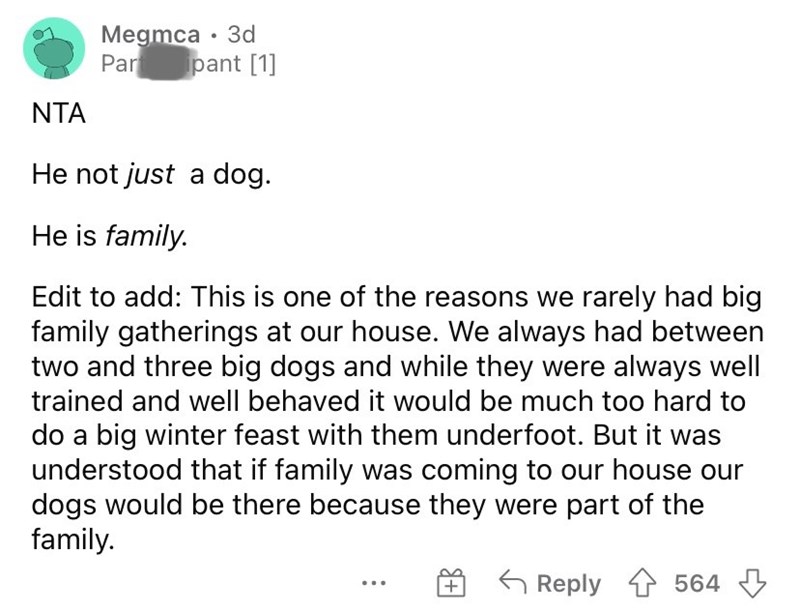 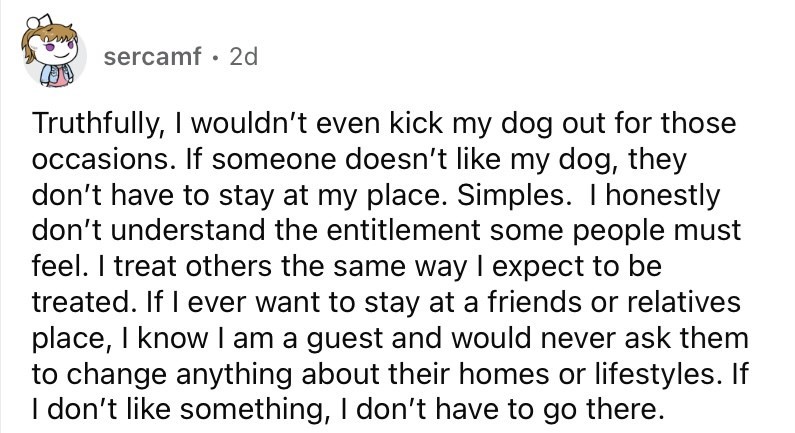 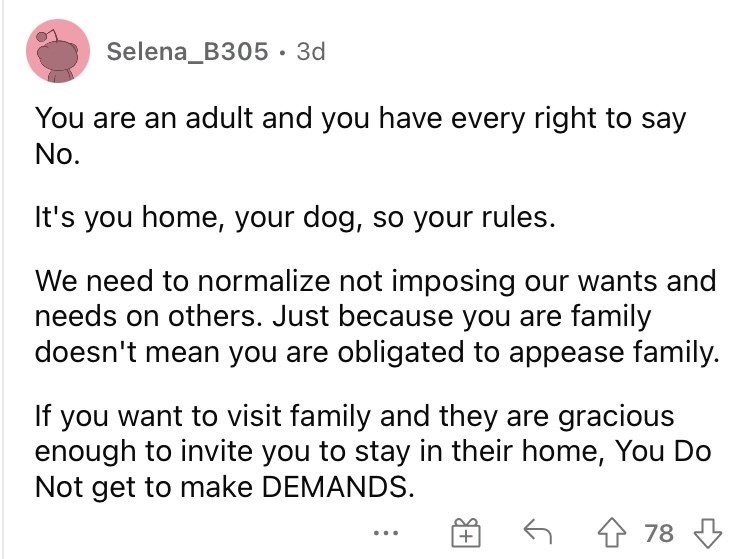 10. Just because you assumed the dog will be aggressive. 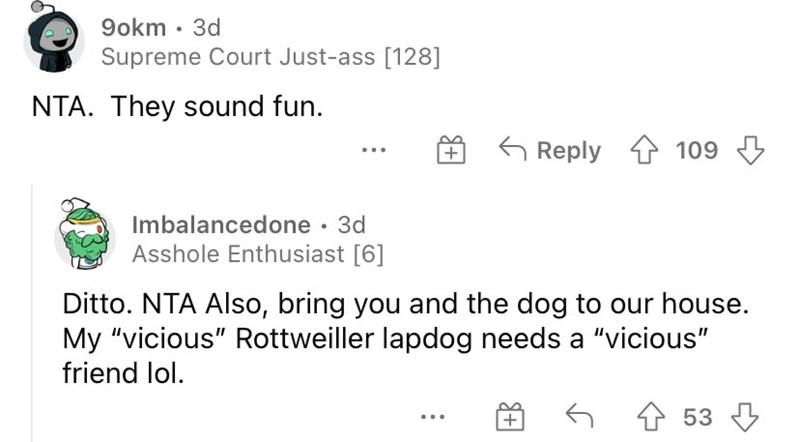 11. I don’t think you should’ve offered the hotel anyway. Stay or leave! 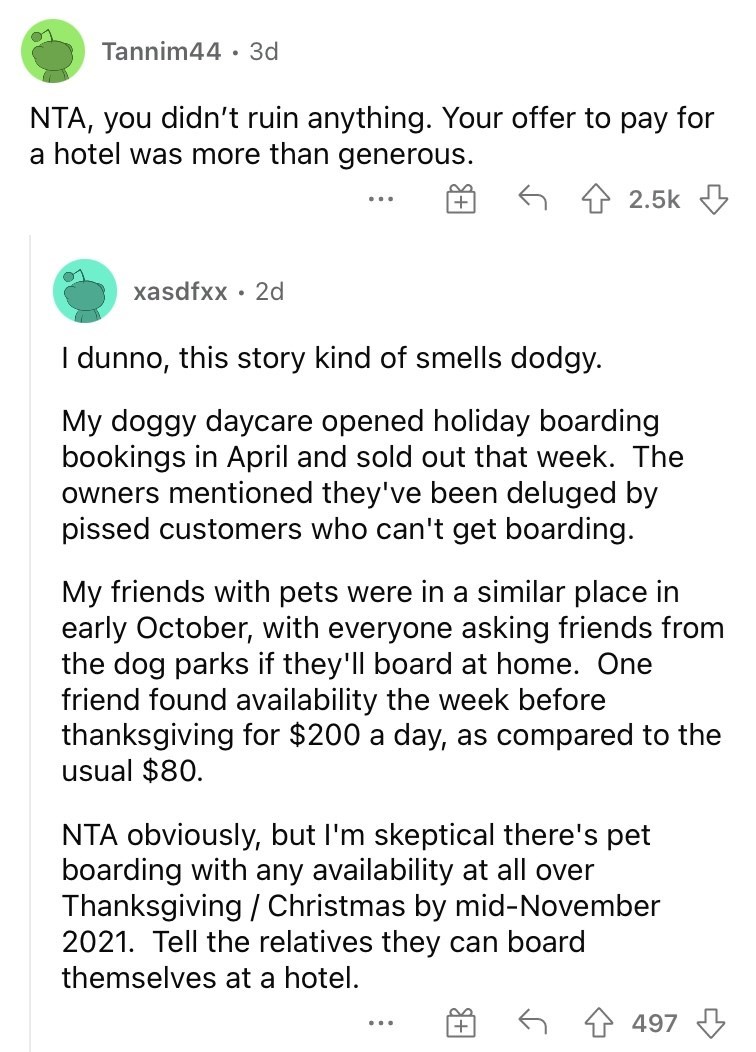 What do you guys think about it? Was OP AITA or NTA? Share your verdict in the comments section down below.