If you have awesome colleagues, consider yourself very lucky.

Having good co-workers can really boost your morale. You can look towards them as friends and they will always have your back around work. Research shows that employees tend to be much more productive if they are given a good and healthy work environment. Now, what makes a good work environment? Health and safety, a compassionate boss, and friendly colleagues. When the atmosphere around you is light and encouraging, spending time in a workplace does not seem as bad. Being surrounded by friendly faces can make your work experience quite pleasant. So, it is always important to encourage unity amongst your team to ensure that everyone sticks together and plans how to benefit the company in the long term. When companies are good to their employees, they win their loyalty. Employees then go out of their way to do favours for their bosses or managers because they know their effort is not gone to waste. Besides, if they like their boss and think they are being treated well and are respected by the company, why would they not do something that will benefit the company? It will one day benefit them as well.

However, sometimes companies are not fair but managers are. You can love your manager but hate the company that you work for. That happens in cases where the company is run by selfish and arrogant people but your team, including your manager, is very kind and hard working. This ensures loyalty towards the manager and colleagues. So if anything bad happens to anyone in the team, the rest of the team members stand up for them. This type of unity is rare but it does exist in some workplaces.

This Reddit user’s wife went through extreme drama when she lost her job. Fortunately, her colleagues were very loyal to her and they all decided to walk out after she was unfairly dismissed by the company. Scroll down below to read all the details of the story:

OP’s wife was wrongly accused of stealing the company’s time. 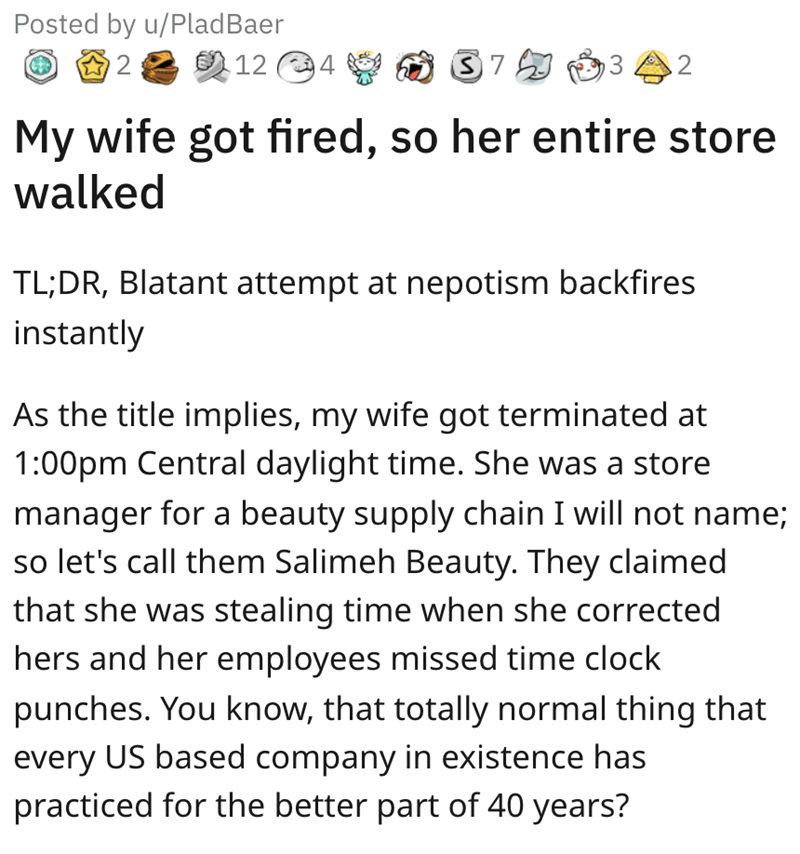 The woman was a super productive store manager and was responsible for the success of the store. However, the company was anonymously tipped by someone she was stealing company time. Even though the accusation was fake, she was fired from her job. 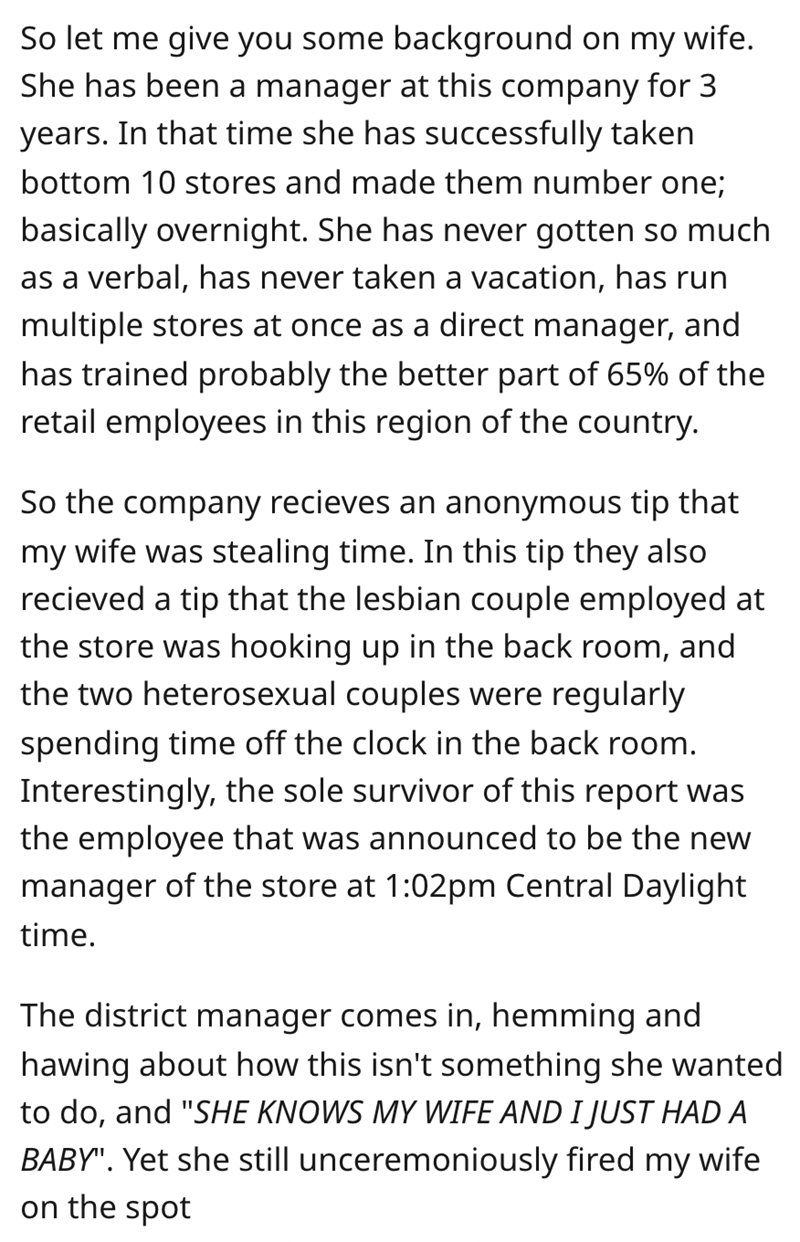 Without any questions, the rest of the team walked out immediately after her.

The story was then told by the woman herself. 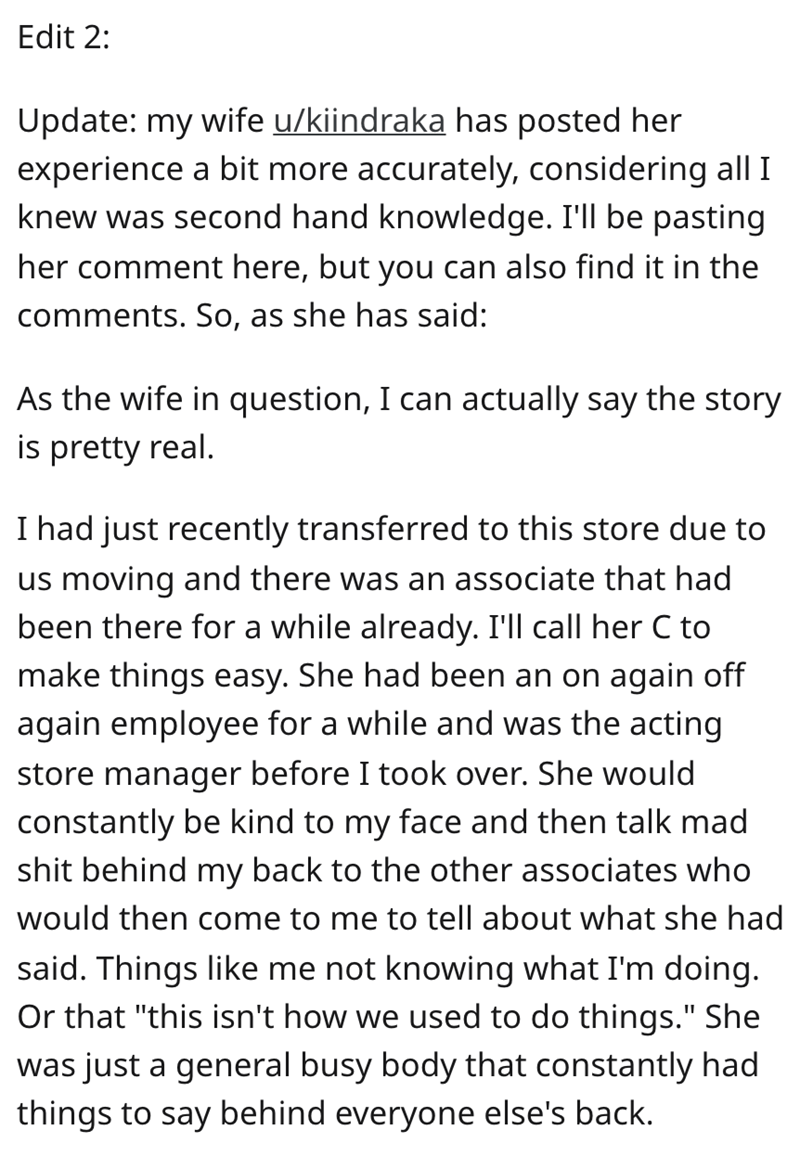 C constantly tried to sabotage the woman’s work, and finally, she succeeded in it. 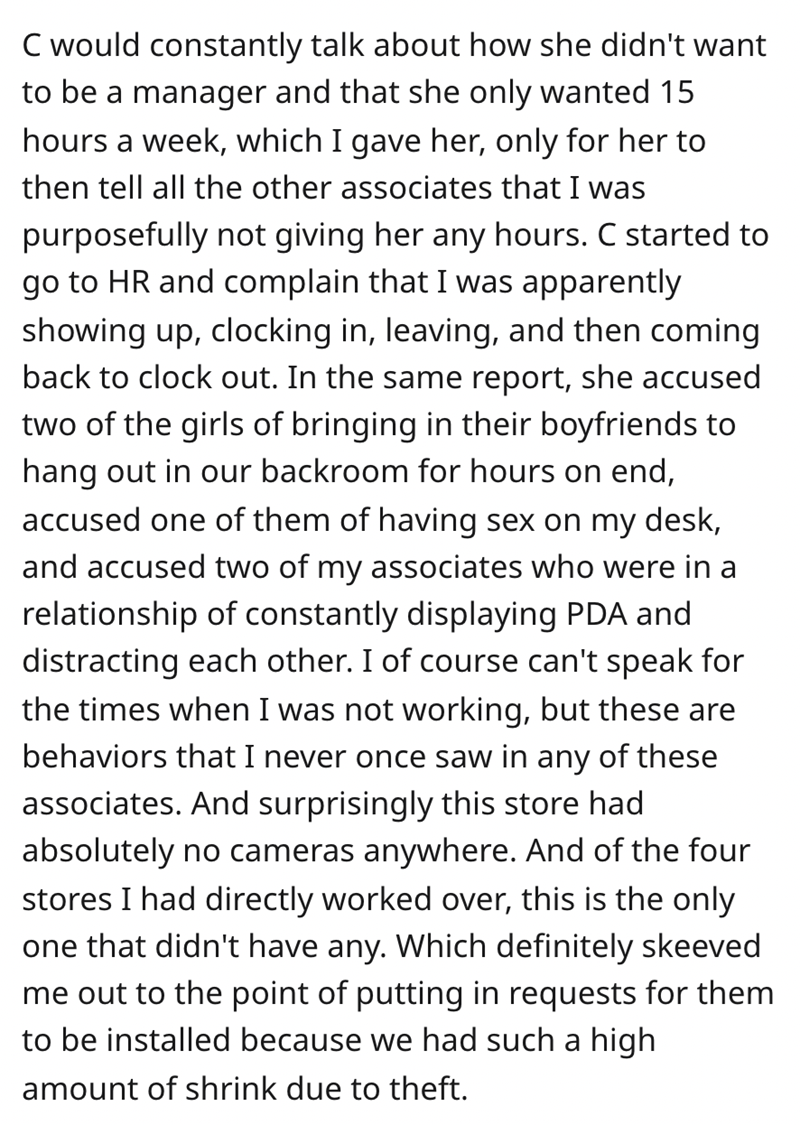 The accusations seemed like the final straw for the team, and they all quit their jobs immediately. 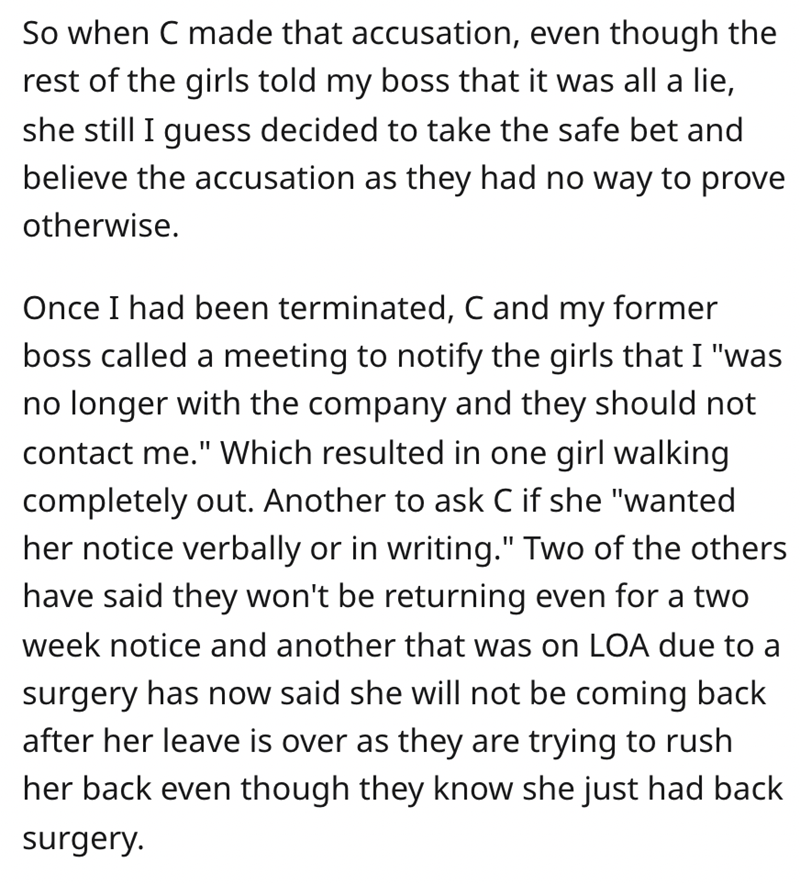 The woman also offered some other explanations. 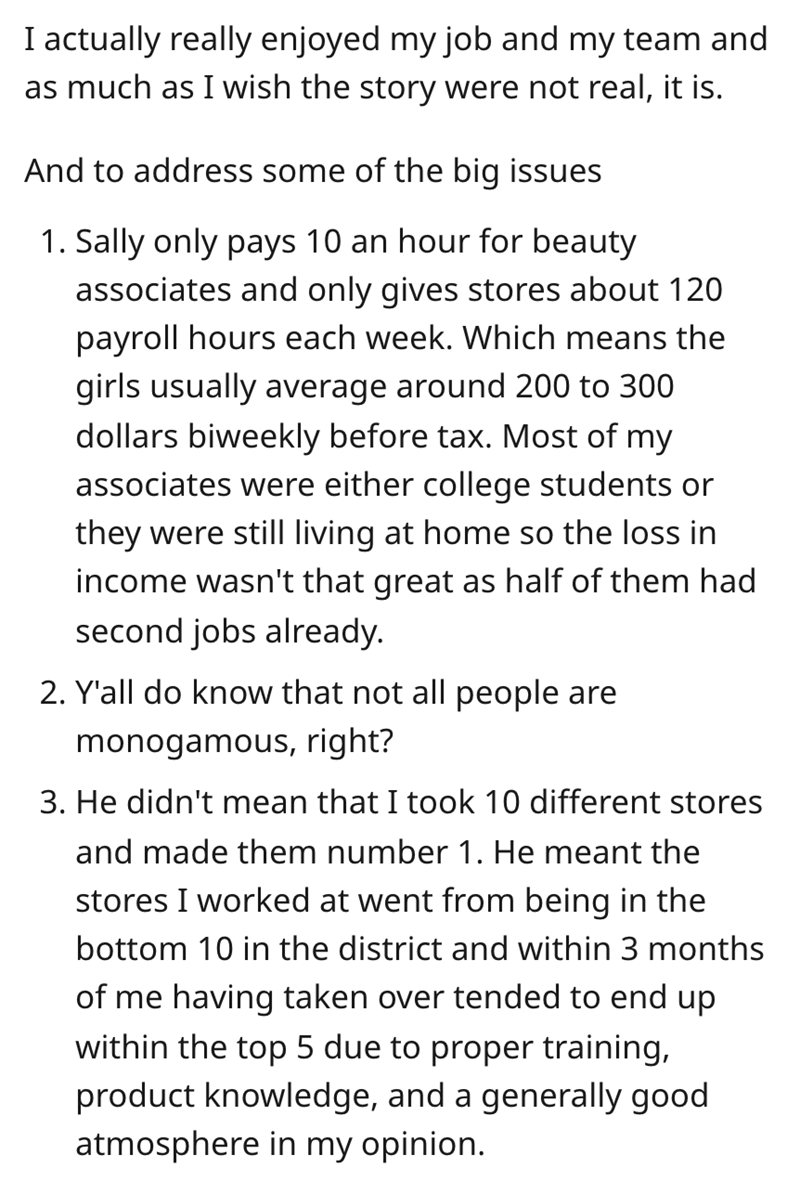 For a company that does not even offer vacations, they are going to lose a lot because of this team walking out. 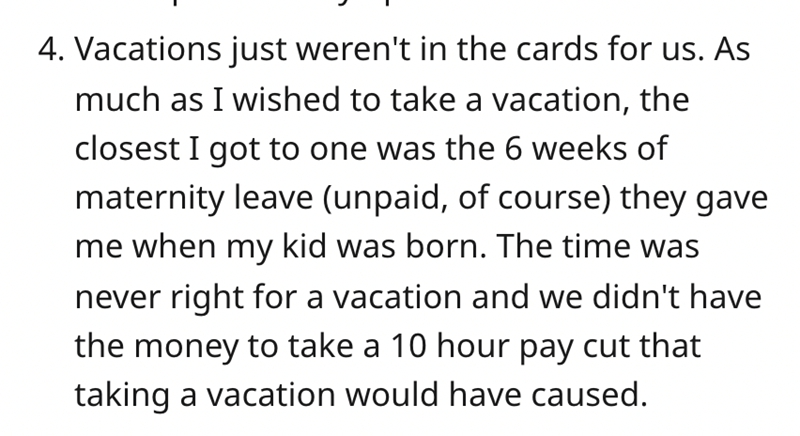 This type of unity amongst coworkers is rare, but that does not mean it does not exist. We should always speak up against evil whenever we see it happen. If it is happening to your colleague today, it can happen to you too later. I am sure the employees did not have much to lose working in a company like that. They did the right thing by leaving a place they were not respected. 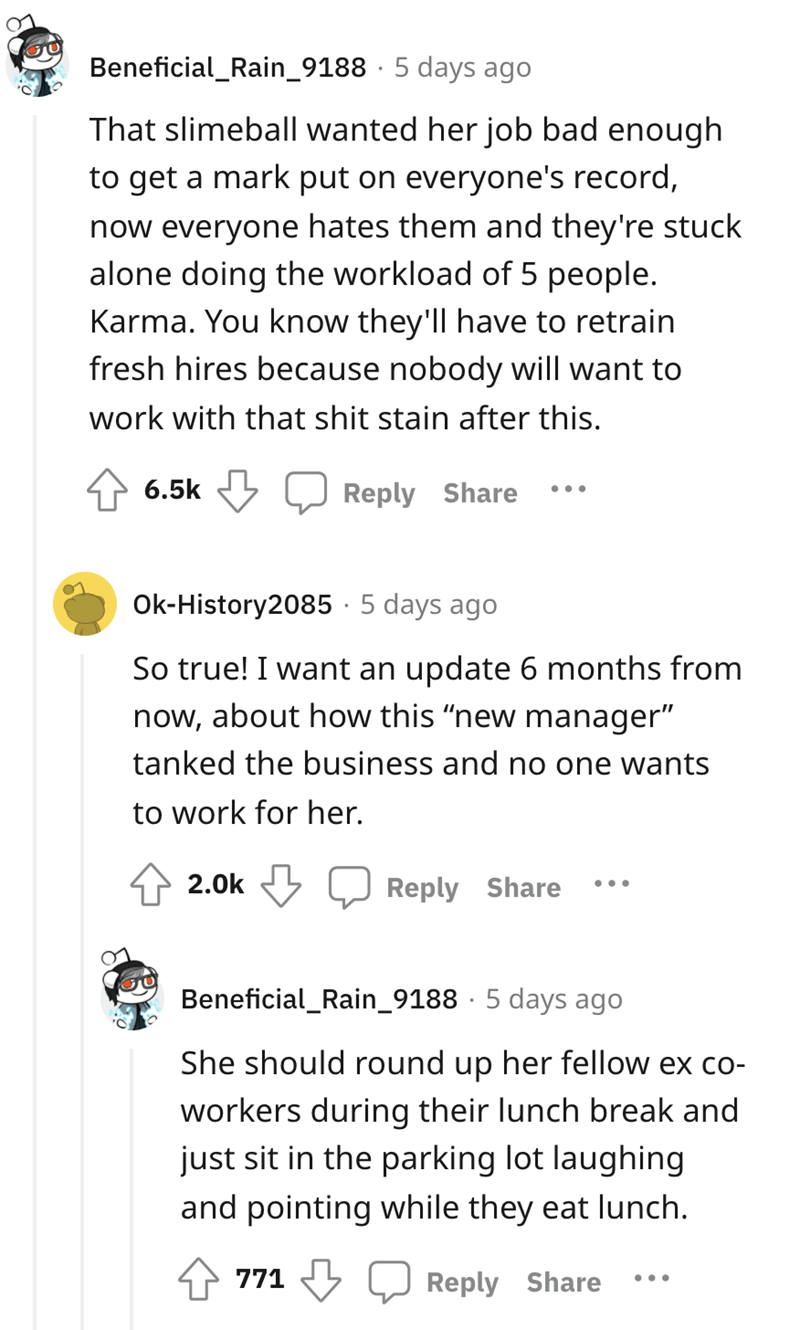 The other team member’s responses clearly show that she was a good manager. 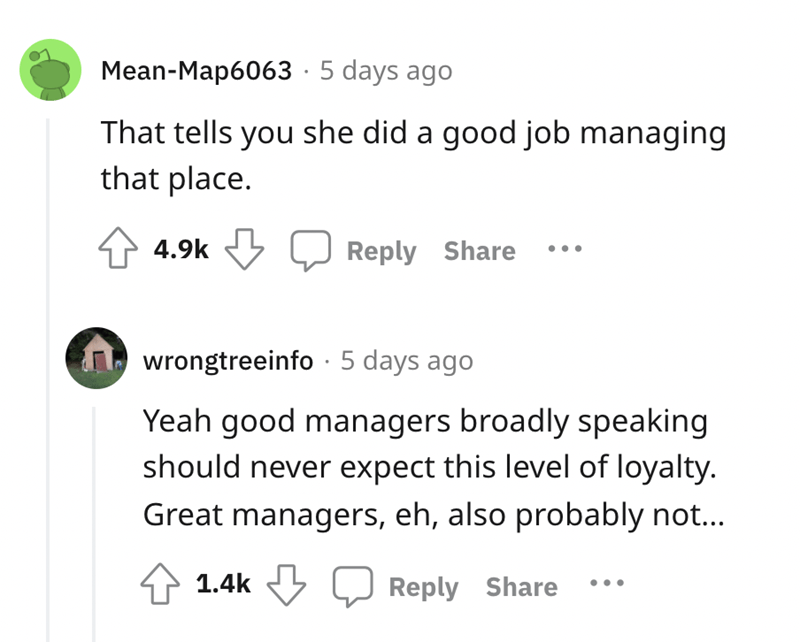 Some people suggested that they take it to court. 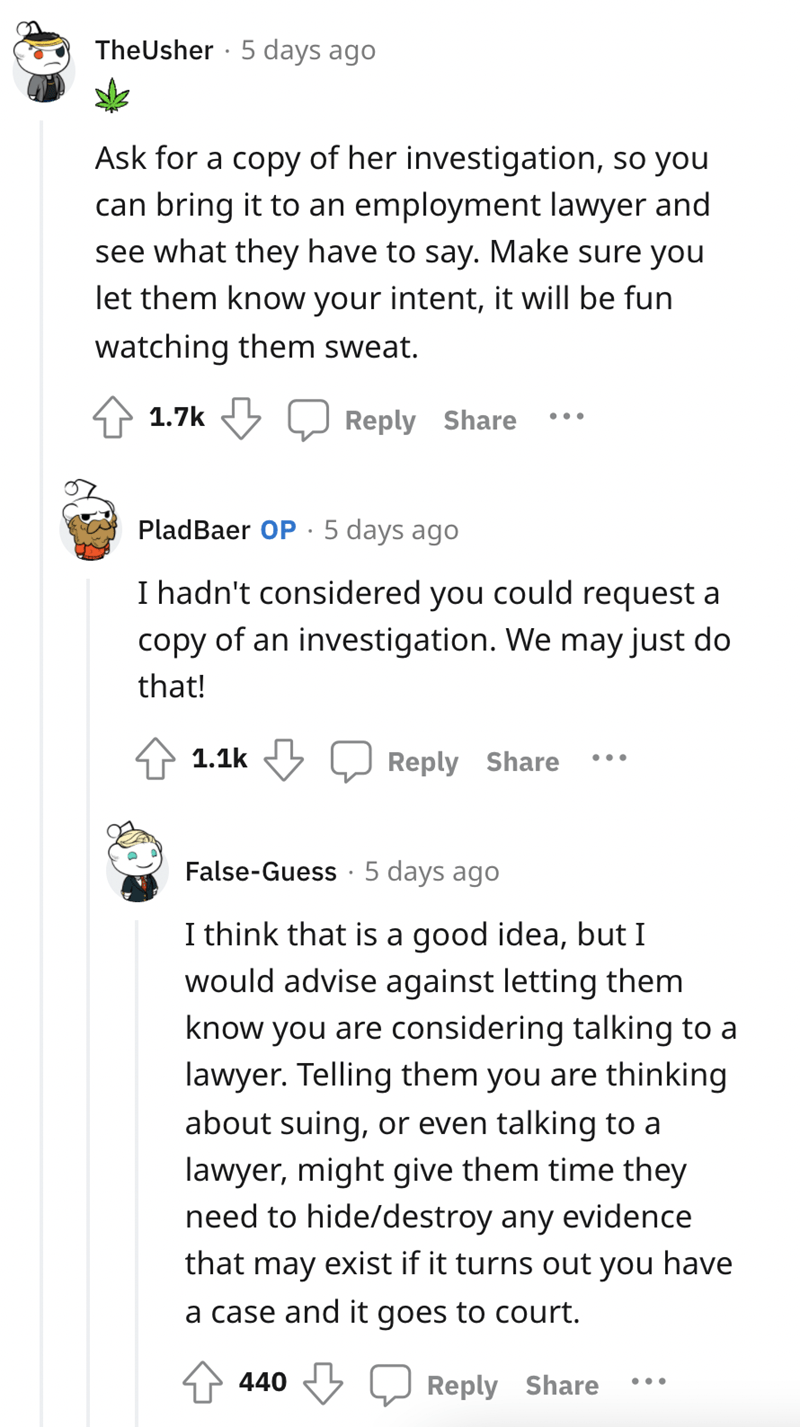 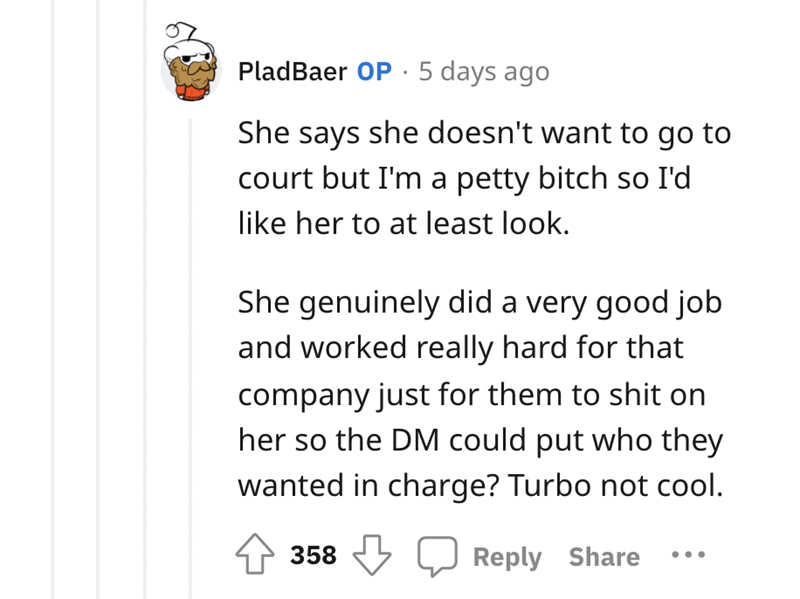 The company does not have a very good reputation. 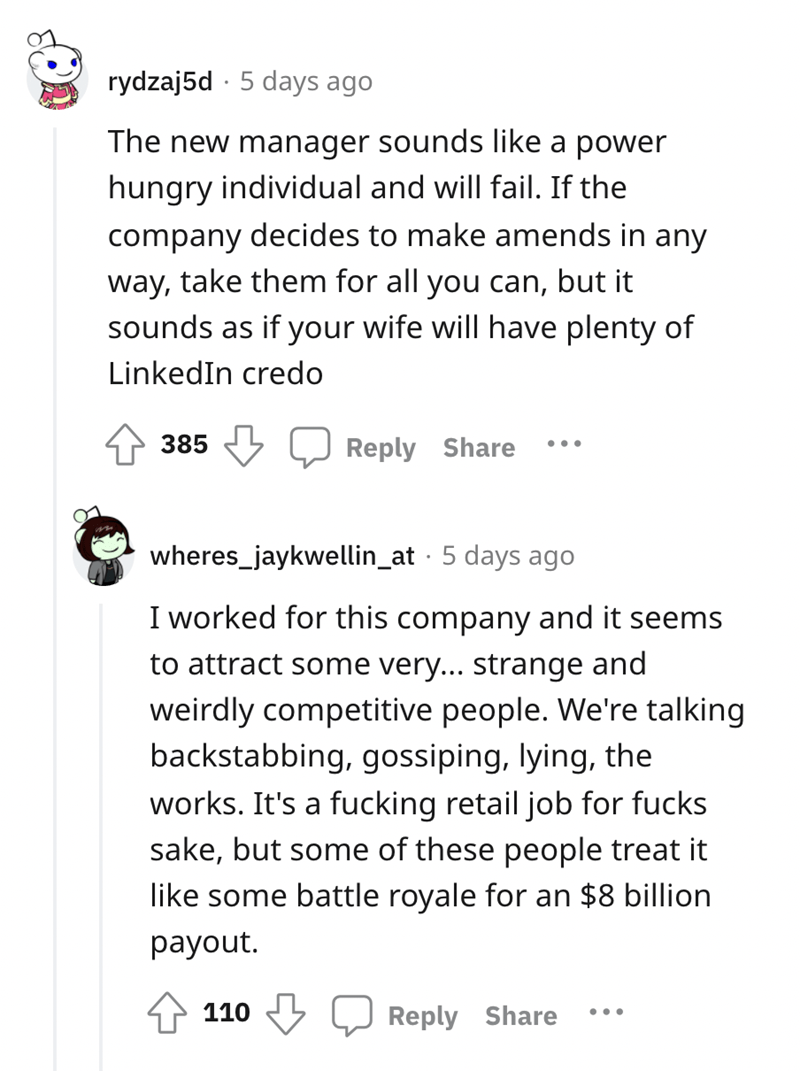 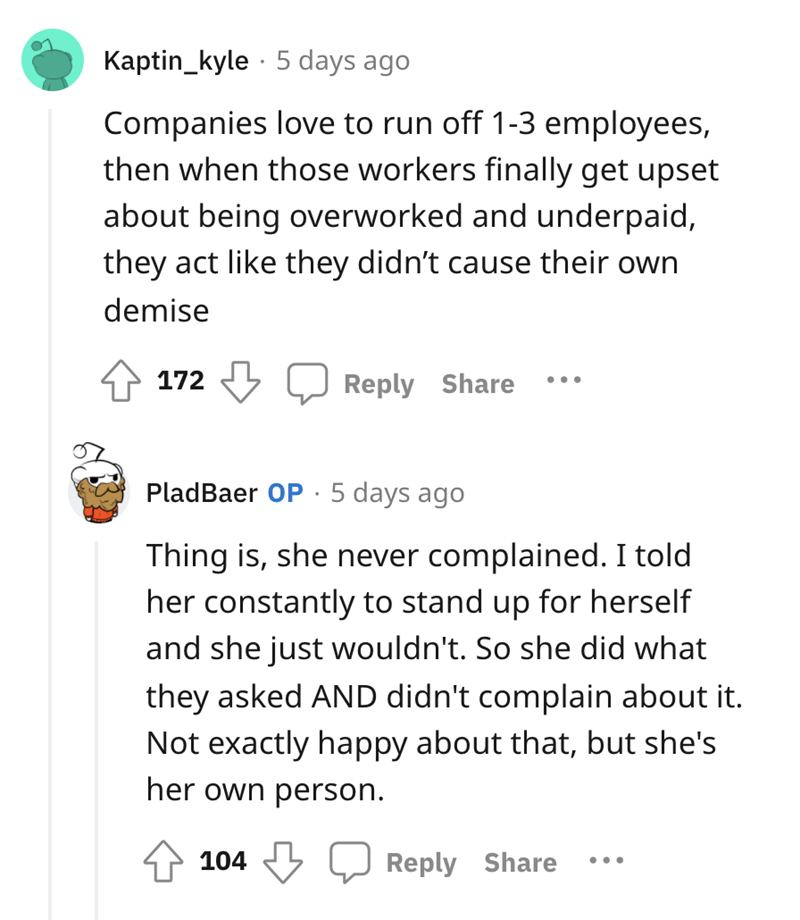 That is if the back room was being used for those purposes. 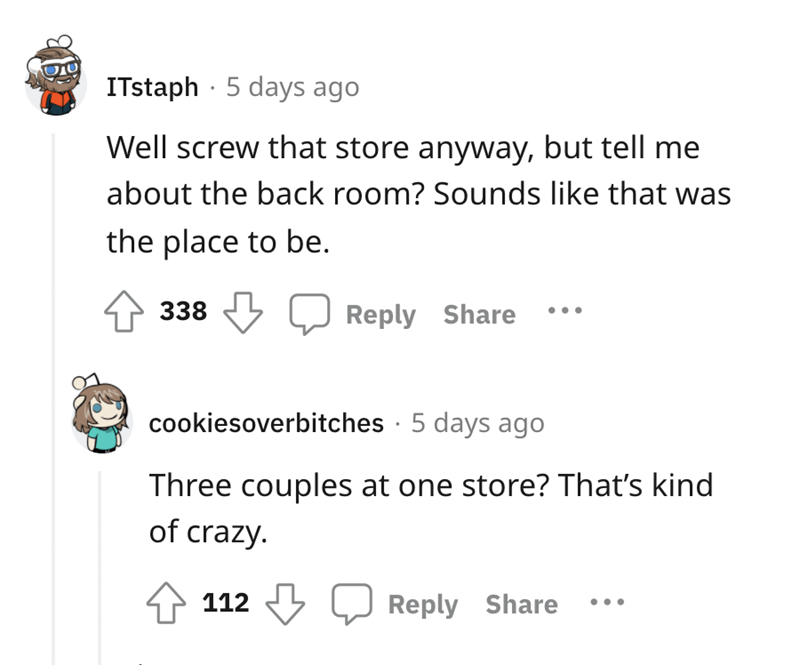 Do you think the team members did the right thing? Share your opinion with us in the comments below.