Your property, your rules.

It really is as simple as that. As long as one is following the laws and regulations put forth by the government, they can do whatever they want and nobody should interfere in each other’s business. However, sadly that is now how many neighborhoods work. Because there are always those people who make it their life missions to annoy everyone can become the authority of everything.

I am sure we all know at least one person who acts like that. And that is why today we have a story of a Karen who actually didn’t ask to talk to the manager. Surprisingly enough, she reversed the roles, and actually she is sort of the ‘manager’ of the whole neighborhood and it is her job to see that everyone is following ‘laws’ set forth by her. You can read the whole story yourself by scrolling below.

As she explained, she doesn’t bad the cuttings which makes sense if you ask me. 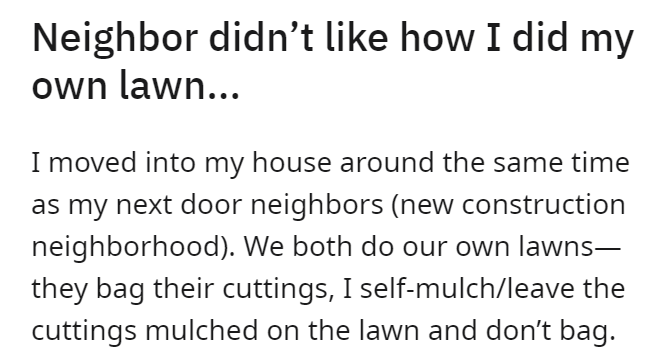 Even many professional lawn movers leave the cuttings because it is much healthier for the grass. 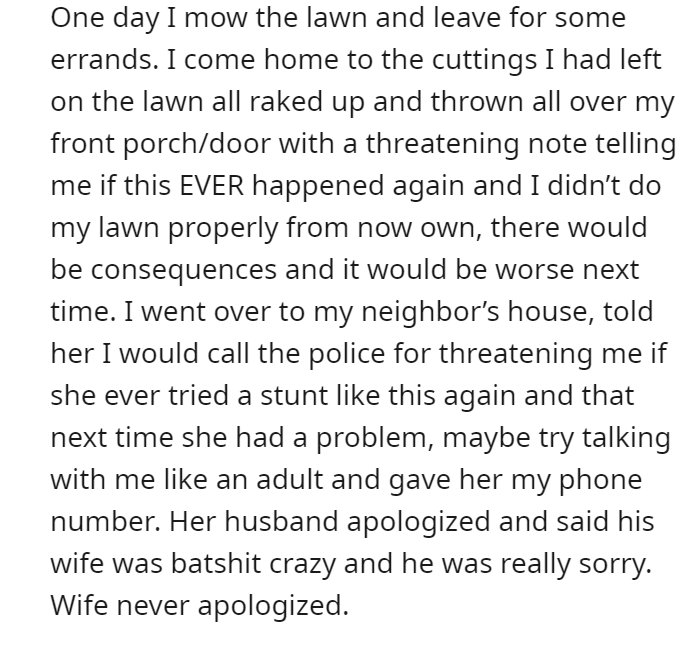 However, this woman was clearly crazy and thus OP planned swift revenge for the neighbor. 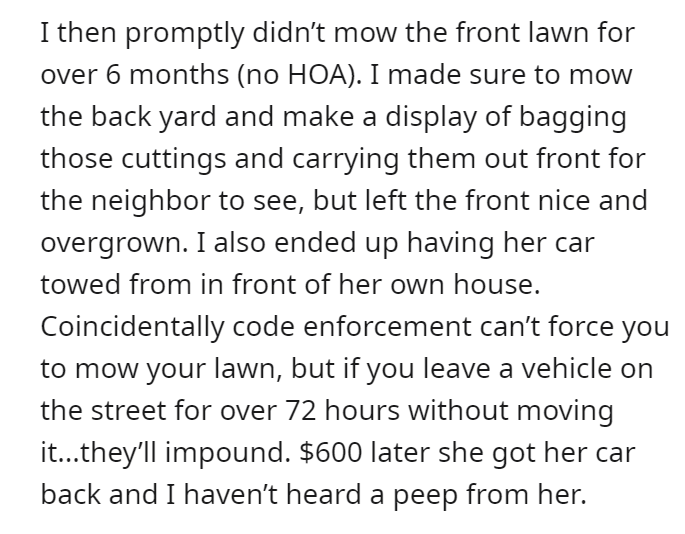 Moreover, she explains that she is actually a woman as many comments figured she was a man.

Apparently, people have dealt with Karens like these in the past as well. 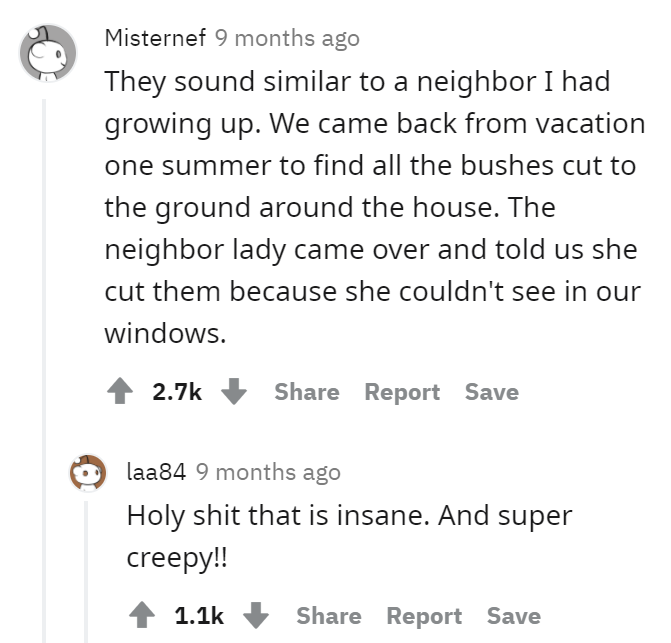 And most individuals leave the clippings on the grass. 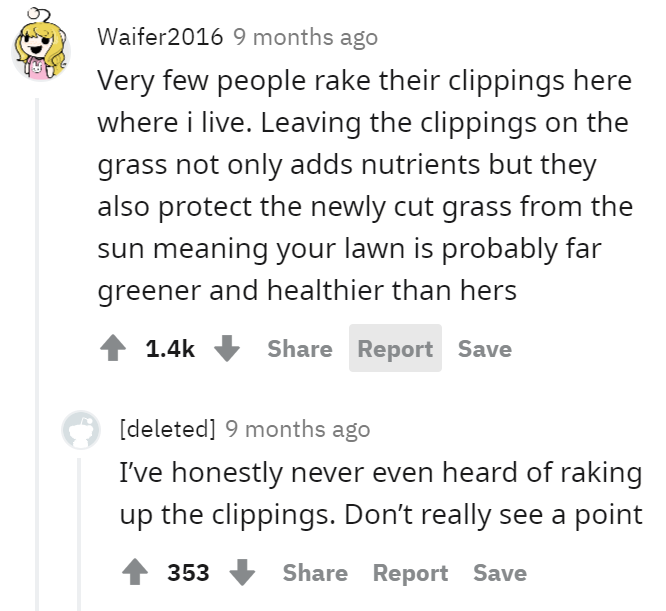 The short grass might look beautiful and clean but it will die out sooner. 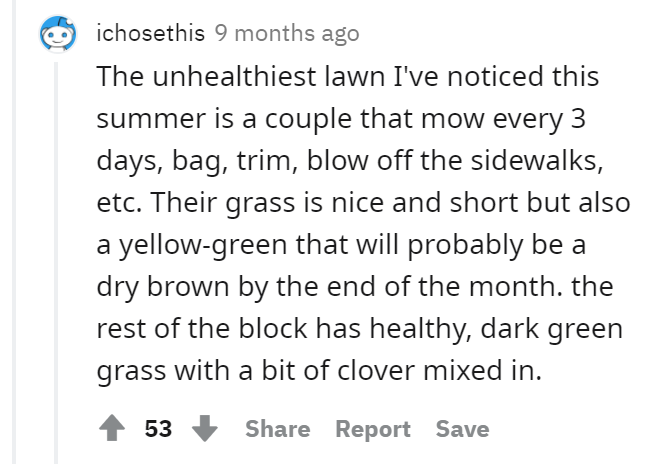 Raking is also extra work for no returns in the future. 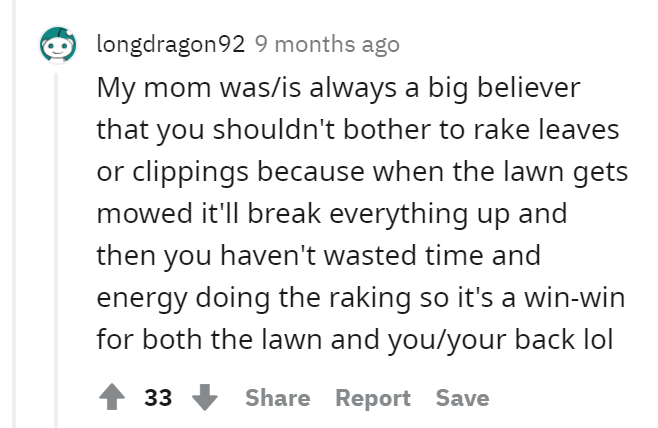 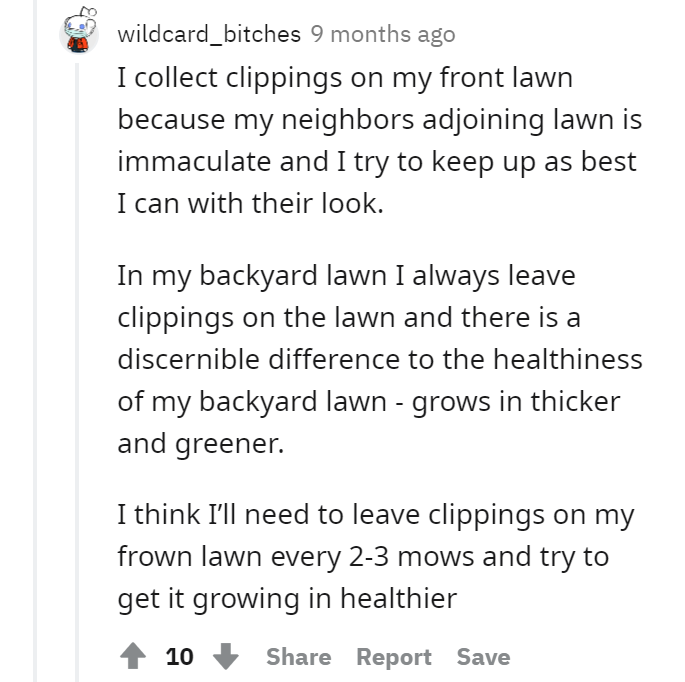 I live near a beachside community that attracts a certain breed of entitled millionaire homeowner along the foreshore. As far as they are concerned they paid millions for their beach views and the native trees that are growing between them and their view are in the way (nevermind that the trees are holding the beach together and preventing the beach from being washed away). There has been a spate of these homeowners slipping down to the beach and poisoning the trees since they figure if they get caught they’ll just pay the fine and their property value will go up because of their fantastic ocean views.

Beach reconstruction had the potential to cost the local council millions so they decided to replant the trees and then surround them with hideous barricades that would stay until the trees were reestablished. People were furious, but ut worked. –macci_a_vellian

And why pay for fertilizer when you can automatically get it when you mow your lawn? 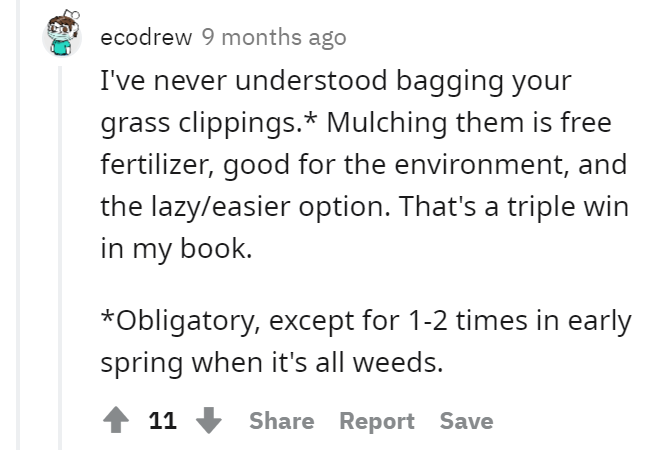 And her complaint was just dumb.

And then there is this person who perfectly captures the essence of entitled people in their post. 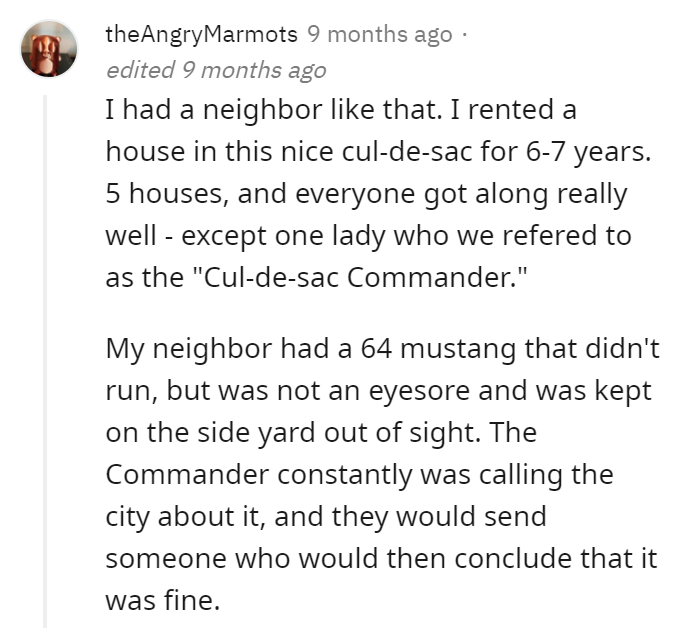 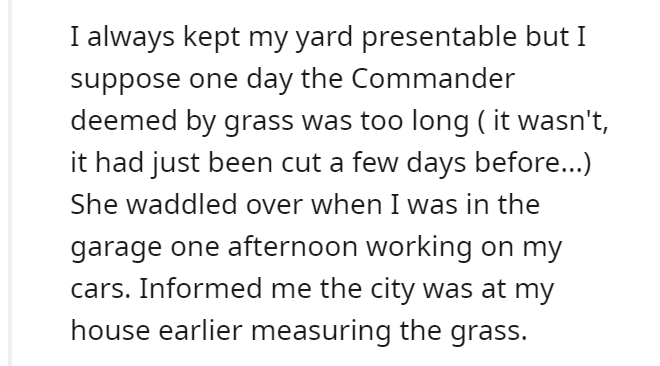 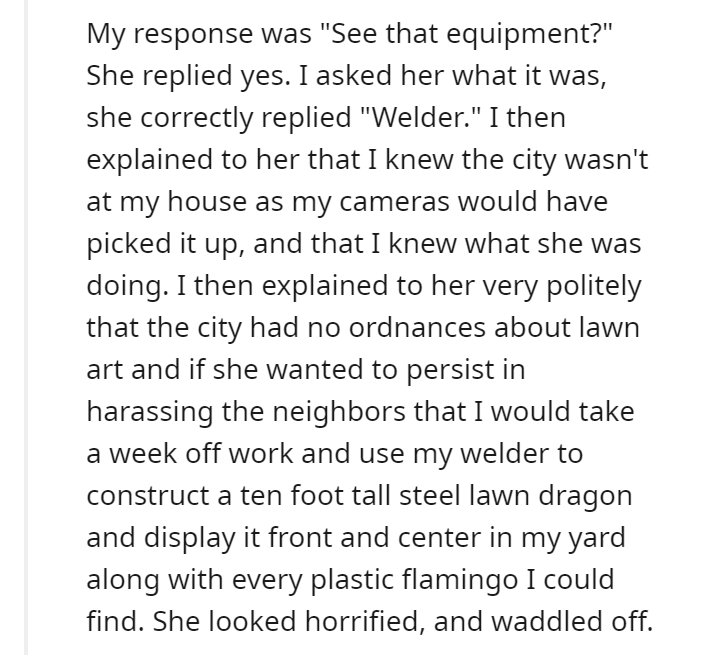 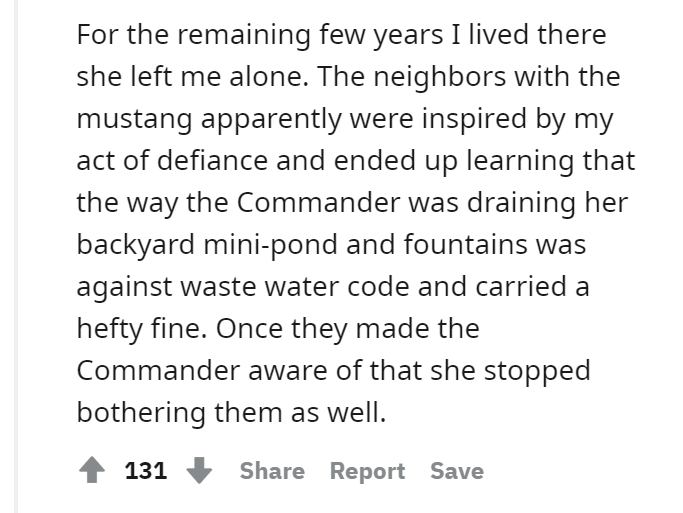 Everywhere I’ve lived, if you let your yard become overgrown, the city will give you a code warning. If you ignore it they will hire a contractor to cut it for you (probably won’t bag the clippings either) then send you a bill. –haykenbacon

Have you ever had to deal with such dumb complaints? If so how do you usually respond? Comment down below and let us know.