People who have nothing to do with someone’s abortion should not have an opinion on it.

It is 2021, when will we stop poking our noses into other people’s business? Abortion is an extremely private matter and the government or general public trying to get involved in it is very silly. There is a lot of stigma attached to abortion. Women who have abortions are considered evil, irresponsible, lazy, and the list goes on. It is not up to anyone to decide whether a woman was right or wrong for making whatever decision she made. A woman can have any sort of reason for having an abortion, and she should be allowed to make that decision for herself. There are already too many children in adoption centers and kids with parents who neglect them because they just weren’t ready to have a child. You should only have a child when you are ready. Rushing into the process, or being forced into it, will not only be miserable for the mother but also the child.

American actress Busy Philipps stated in an interview that one in four women have an abortion before the age of 45. However, a lot of people around them are unaware of it. This is why we need to de-stigmatize it so women are allowed to have safe abortions without the fear of being attacked for it. She said:

“The statistic is one in four women will have an abortion before age 45. That statistic sometimes surprises people, and maybe you’re sitting there thinking, ‘I don’t know a woman who would have an abortion.’ Well, you know me. I had an abortion when I was 15 years old, and I’m telling you this because I’m genuinely really scared for women and girls all over this country. And I think that we all need to be talking more and sharing our stories more.”

So she started a Twitter trend and asked women to use the hashtag #youknowme and share their abortion experiences. 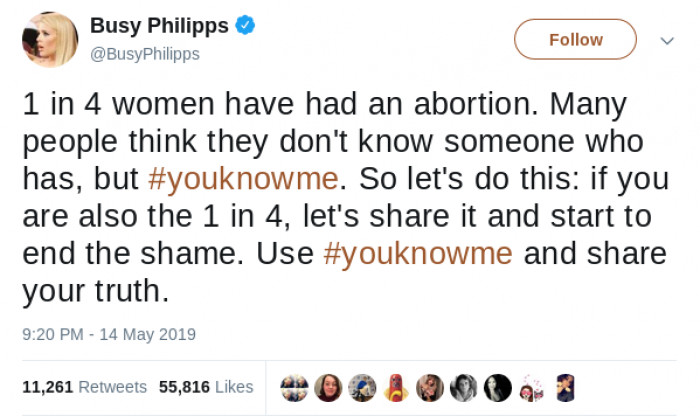 People had to share their experiences so others could get to know the reality of this process. 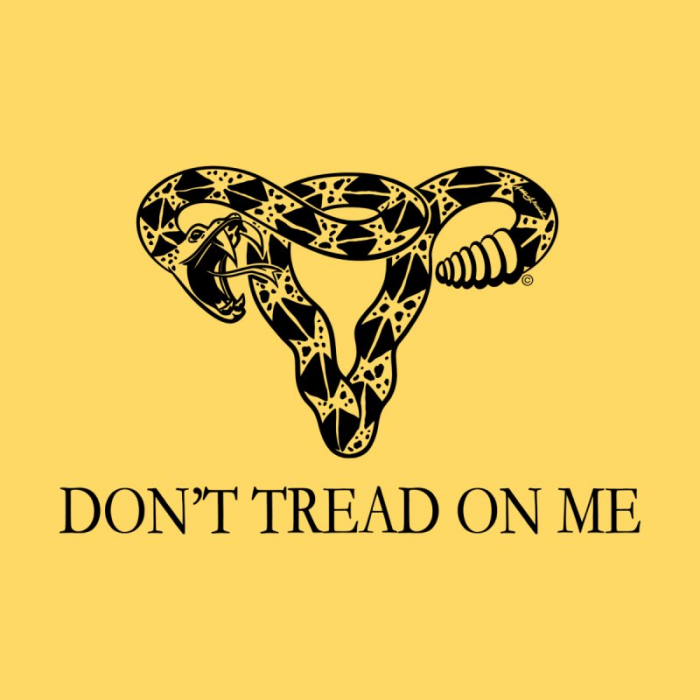 1. If someone is asking for tubal ligation, they should be allowed to get it. It is their choice. The doctor isn’t responsible if a woman ever changes her mind later. 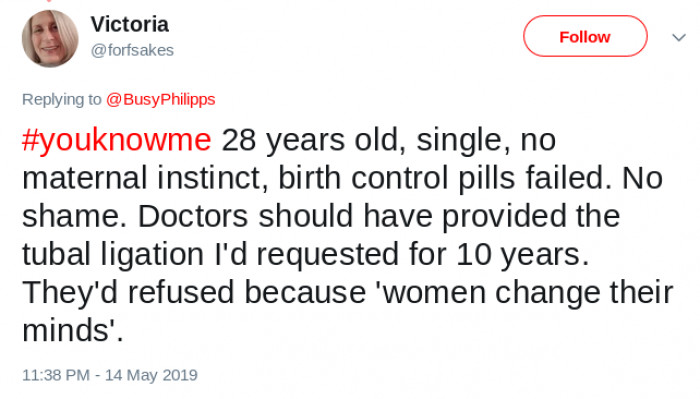 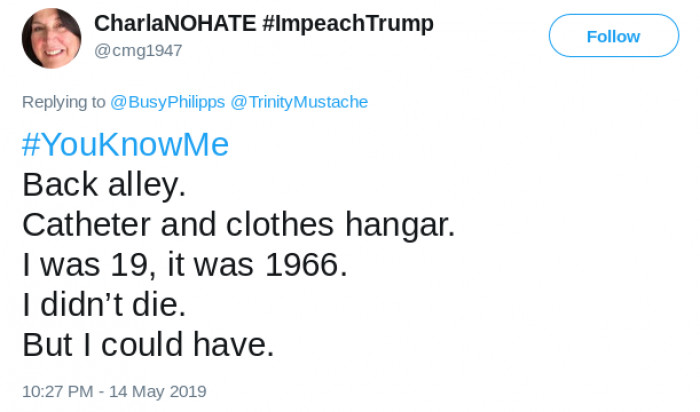 4. Do not have children with toxic partners! 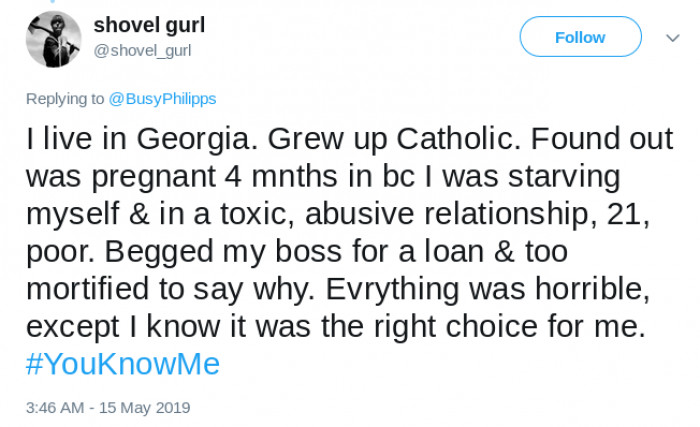 5. Sometimes it is either the child’s life or the woman’s. They aren’t selfish for choosing their own. 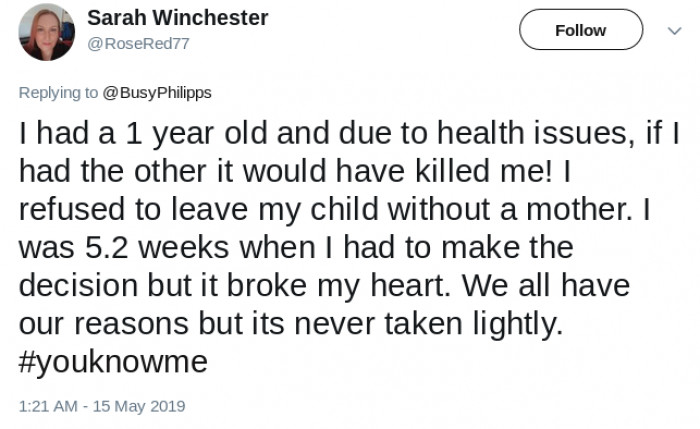 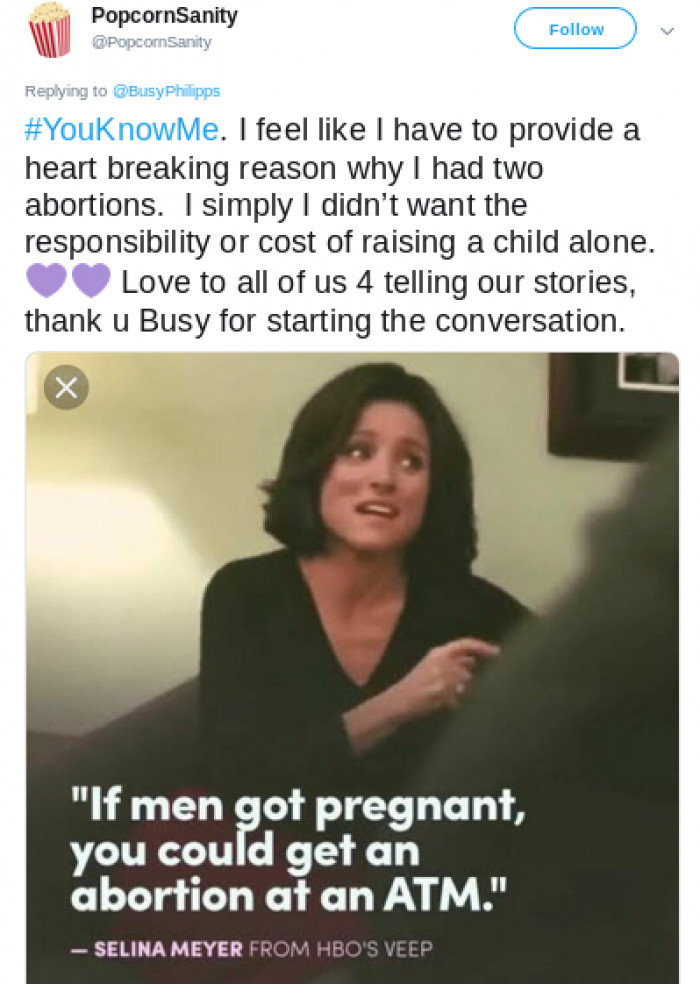 7.  You should not regret making the right decision. 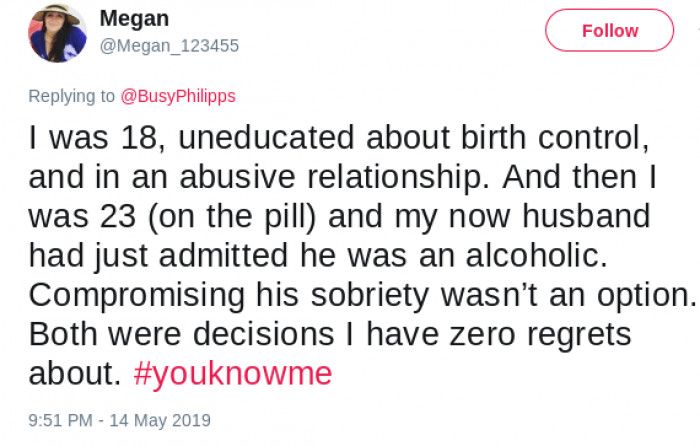 8. The child would need financially and emotionally stable parents. 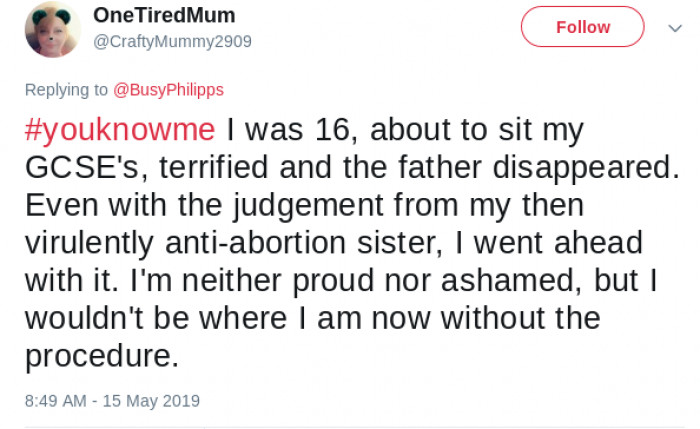 9. “Stealing” is the term used for non-consensual condom removal. It is also illegal and compared to rape in a lot of countries. 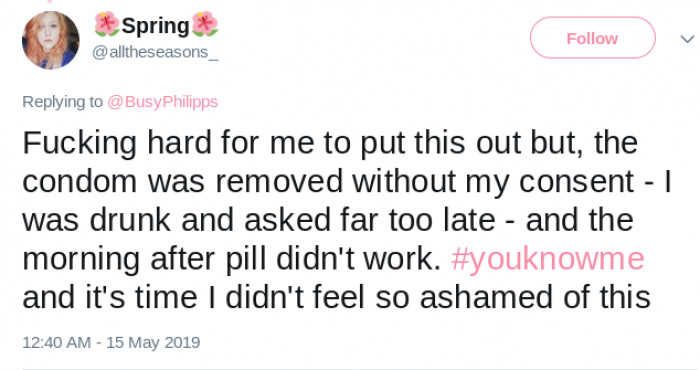 It should be up to the woman to make the decision of keeping or aborting the baby. She should not be pressurised or guilted by anyone else. After all, it is the woman herself who will have to handle all the responsibility and the problems that will arise during and after the birth of the child. No one cares after the child is born.

10. Some people have other priorities. 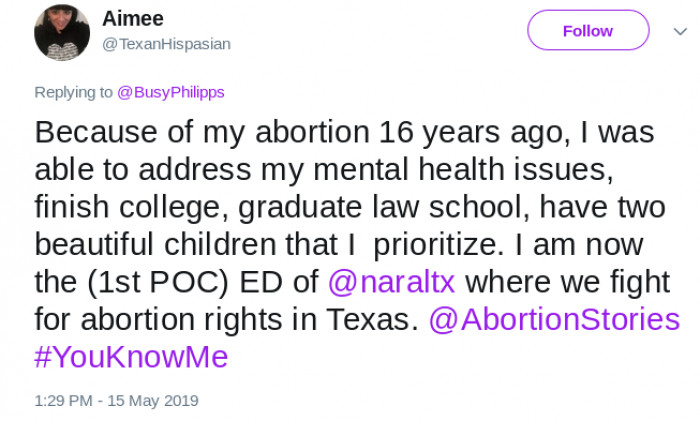 12. There are medical reasons to get an abortion as well. 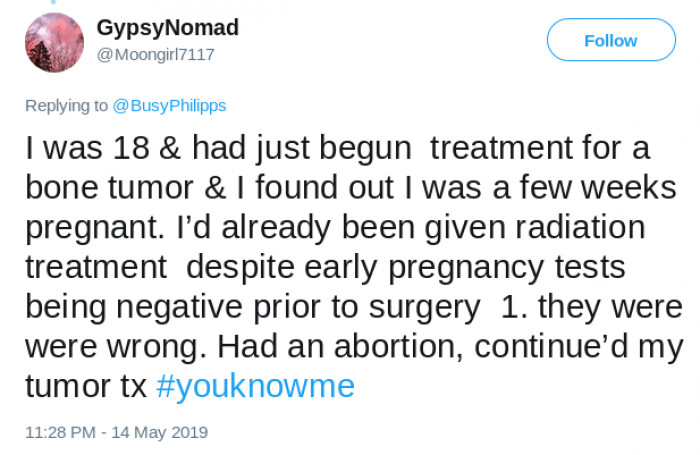 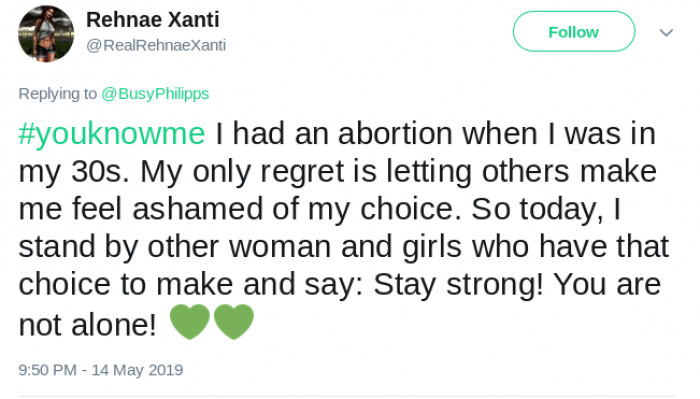 14. Having an abortion does not mean these women are not capable of being amazing moms. 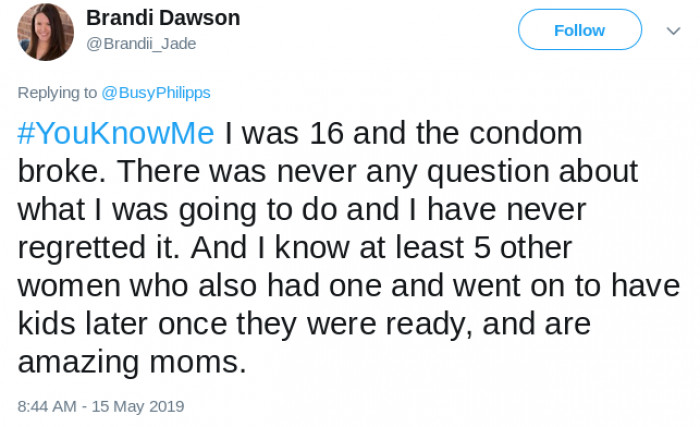 15. The decision can be painful. 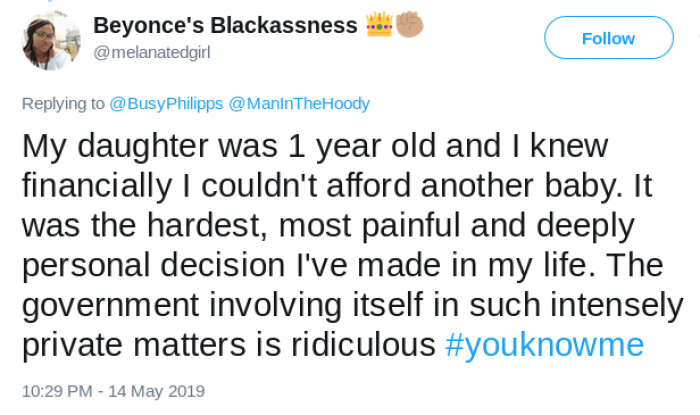 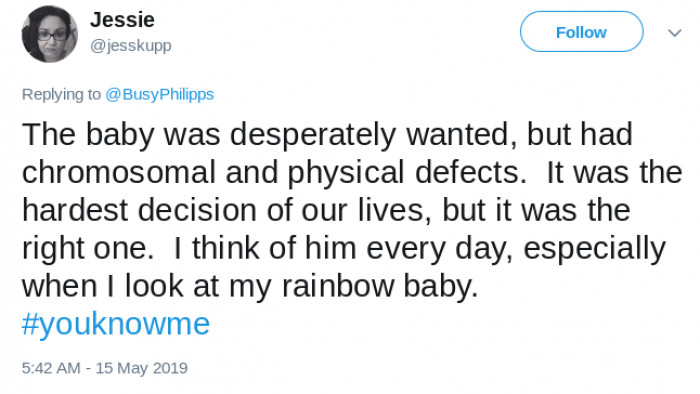 17. Know that it is okay if you are underage. You did what was best for everyone, including yourself.

Are you pro-life or pro-choice? Do you know someone who has had an abortion? Share your experiences with us in the comments below.