Gone are the days when relationships were simple and committing to one person wasn’t hard.

Today, people are doing everything they’re not supposed to and somehow calling it love. Not to judge anyone, but commitments weren’t meant to be this complicated. Ask yourself, is it really normal to make your partner jealous by going out with another person? Is it okay to leave someone without an explanation and then repeating the same with the next?

Sure, anything makes sense as long as it’s consensual but what even happened to the perception of love we all had growing up? The happy kind. The one that didn’t involve all these twists and turns. Maybe it’s only simple in fairy tales. Or, maybe the perception we had no longer applies to the current generation. New generation new problems, right? But, there’s one ugly thing that still hasn’t changed — cheating.

It’s a problem that continues to persist to this day and has ruined countless families. Much like how it potentially ruined the family of this married boss in the Reddit post below. The boss cheated on his wife by sleeping with an employee. Upon learning that she’s pregnant he insisted that she “gets ride of it” as it would ruin his family. Now, the question is, was he right?

Read the whole story from the woman’s perspective and be the judge.

AITA For Keeping My Baby? 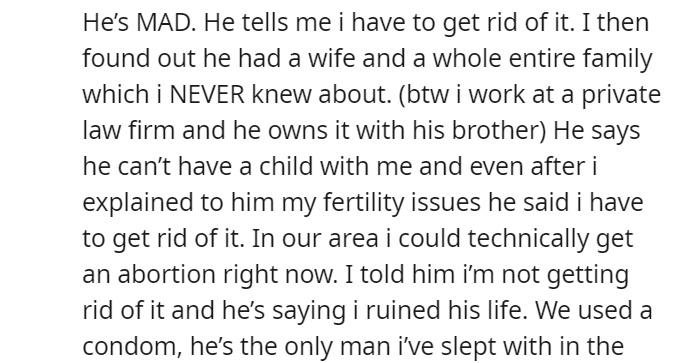 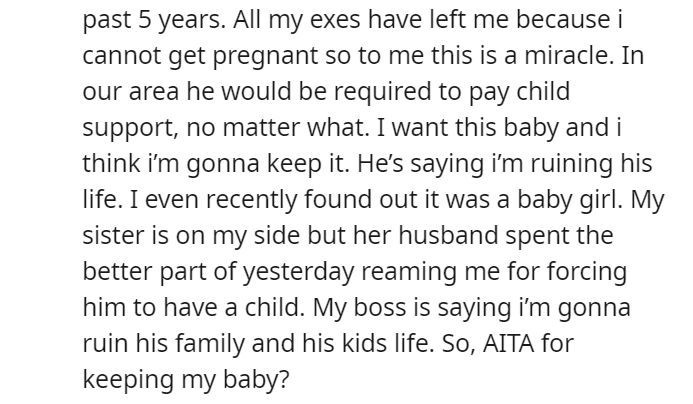 No matter what year we talk about, cheating has been a problem since the beginning of time. It’s the worst thing someone who claims to love you can do. Yet it’s so common it’s not even surprising anymore. But everything we do have consequences, and our sins from the past, ultimately come back to bite us in the a*s. One can’t do wrong and just expect to get off scot-free. Life follows the principle of symmetry and karma.

Here’s what some Redditors had to say: 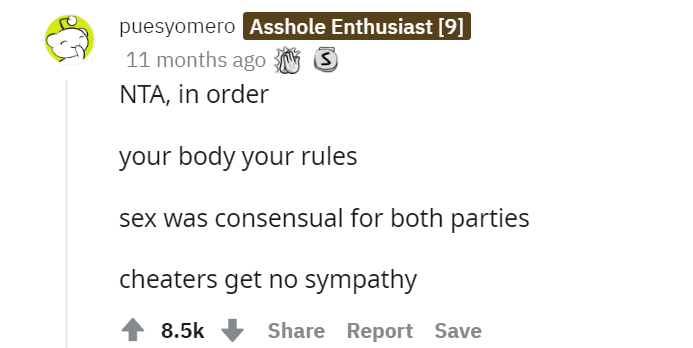 An interesting and eye-opening thought. 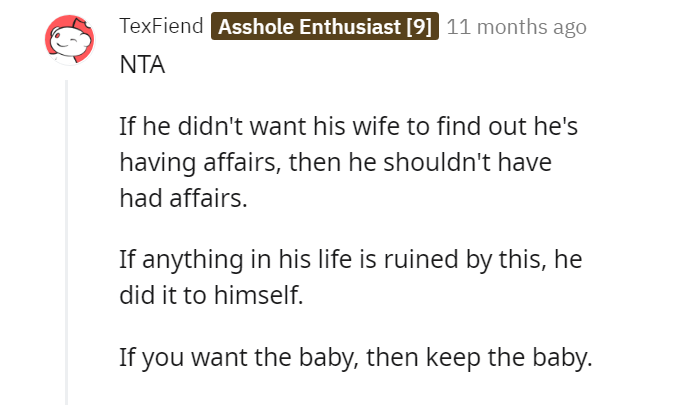 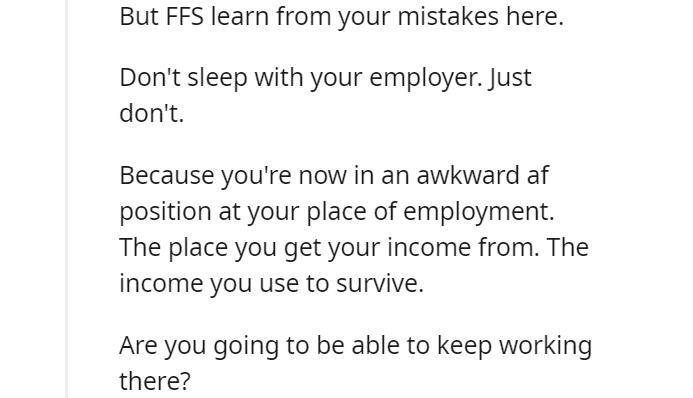 It’s clear the guy cheated on wife. But the question is, did the OP know he was married? What if that’s a lie?

The child will be in a pretty awkward situation no doubt. 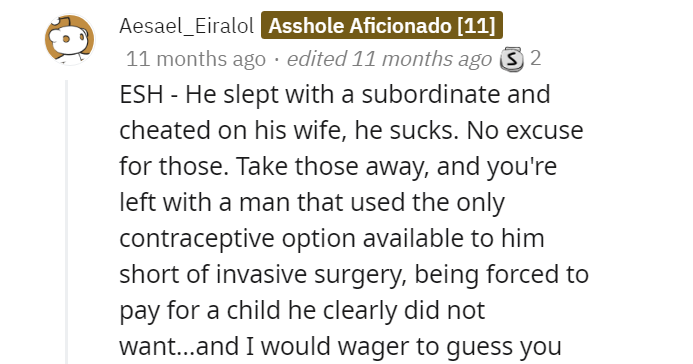 If we keep things simple, this is entirely true.

Clearly the boss was wrong as he cheated. But the situation is much more complex than that. What if the OP isn’t stating all facts right? If she had the slightest clue that the man she’s sleeping with is married then that puts them both in hot water. But if what she’s saying is true, then she’s NTA for wanting to keep her baby regardless of her fertility issues because she can do whatever she wants.

What’s your take on this story? Leave a comment in the box below and share your thoughts with us.