We’ve known about zodiac signs all our life and have even memorized most of their symbols. But have we ever thought about the history of these symbols? The symbols assigned to each zodiac dates back to the Greek manuscripts in the middle ages. Today, we see them everywhere. In magazines, Tv and online. They seem to have a great impact on our everyday behaviour in general. There’s a special animal or a mythical creature associated with each sign based on its basic traits, like Aries is a Ram and Pisces is a represented by a Fish.

Damon Hellandbrand is a freelance illustrator and comic book artist based in South Windsor, USA. He reimagined all 12 of the zodiac signs as monstrous creatures and they are straight out of our worst nightmare. Scroll down and take a look. 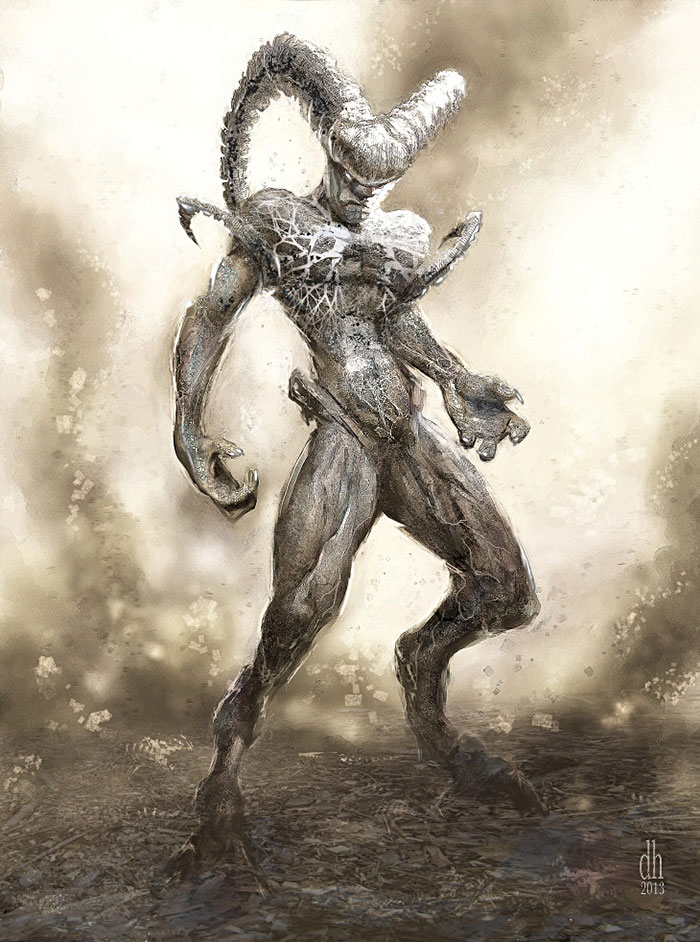 Hellandbrand’s work is mostly inspired by Ralph McQuarrie, Boris Vallejo, and Frank Frazetta. Apart from them, he is also influenced by Guillermo Del Toro. Damon’s work is usually hand-drawn and scanned into the computer. Then by using quality software that allows users to create their own masterpieces like Corel painter, he illustrates them into digital art. Sometimes, his drawings are not just  black and white, but full of colors using either watercolors or acrylic paints “basically whatever medium I’m in the mood for.” It’s all mainly before the image is ready to hit Corel painter for further detailing and painting.

“I did this by doing a black, and white pencil drawing on paper and then scanning the illustration into a drawing/painting program called Corel Painter to color and paint.” 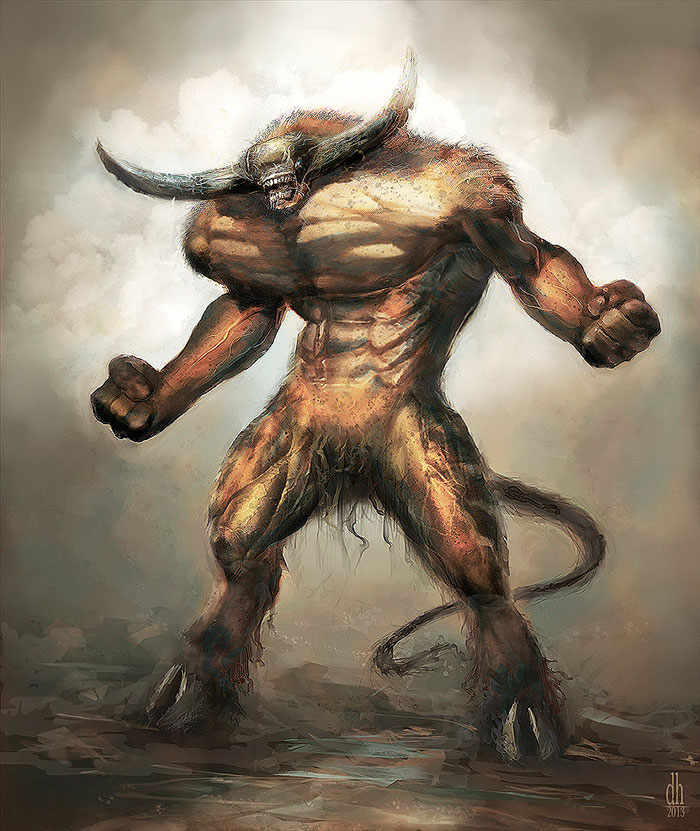 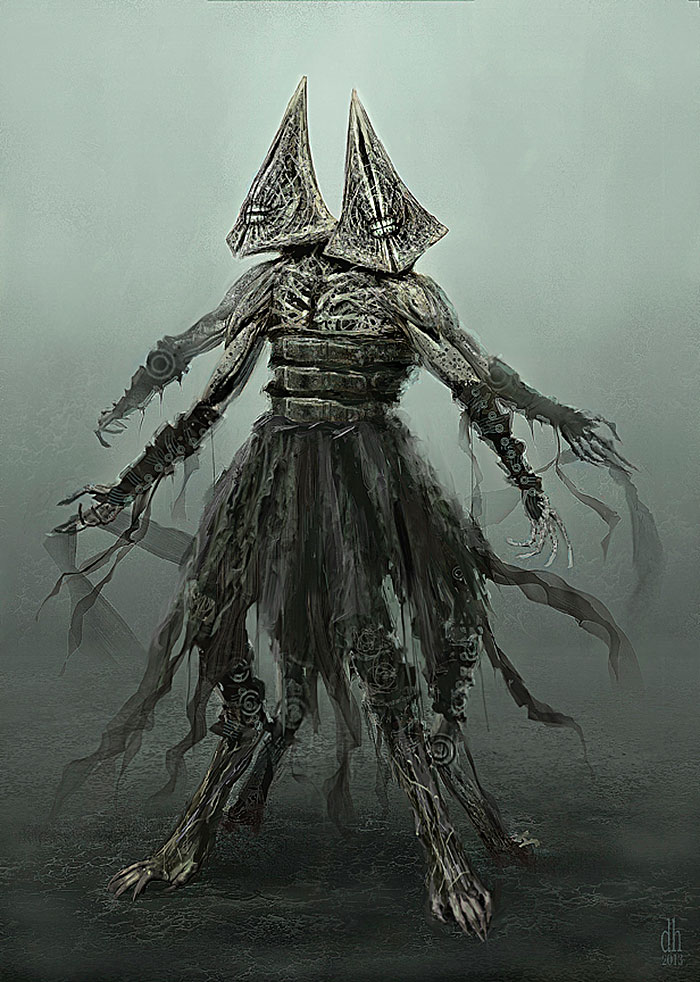 Damon’s work is mostly associated with fictional creatures that have no link to reality. He’s reimagined many other characters and they all have the same theme.

“I have a fondness for anything fantasy related or anything that doesn’t exist in reality and mythology certainly has that in spades.” 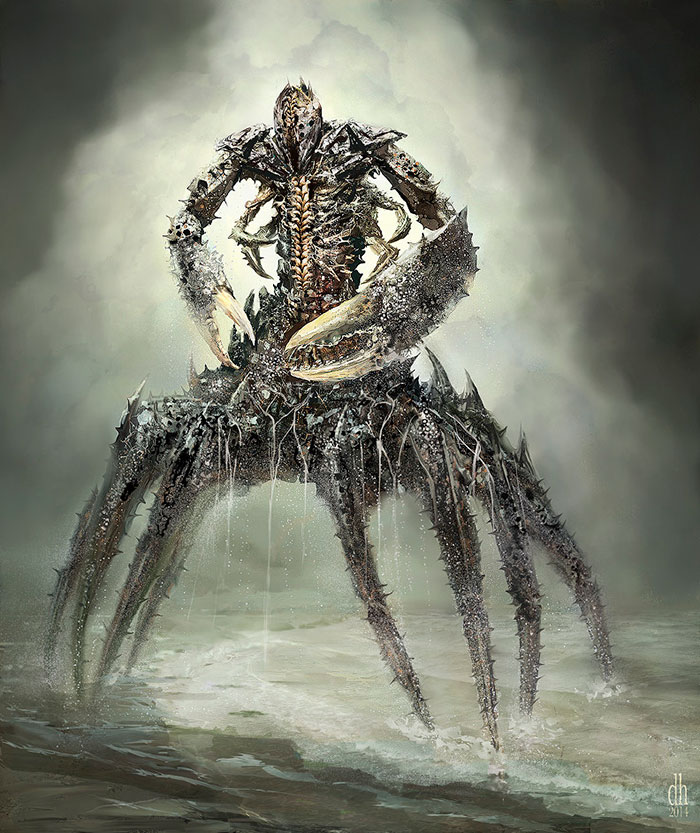 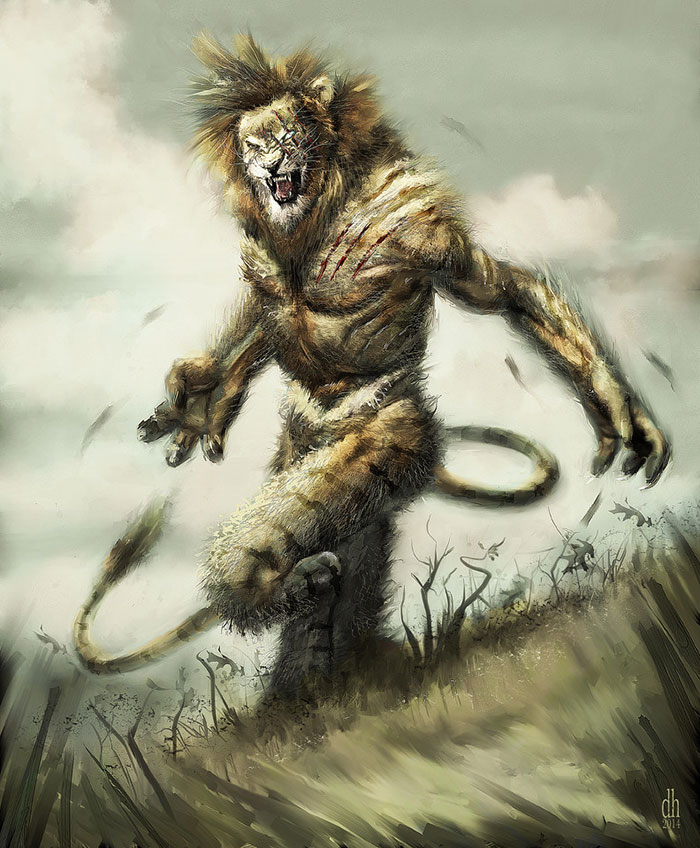 As a kid, Hellandbrand used to recreate the Walt Disney for hours and hours. This clearly shows his love and obsession with art. In the present time, he likes to explore all forms of art. He says:

“I also think because those were some of the first stories I remember as a child in the school that they just stuck with me.” 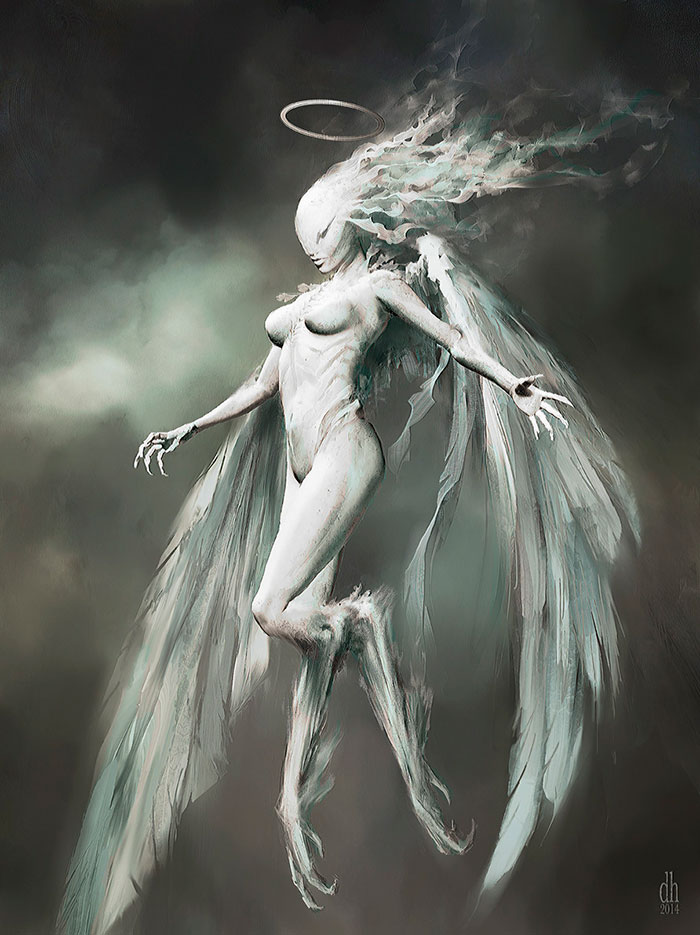 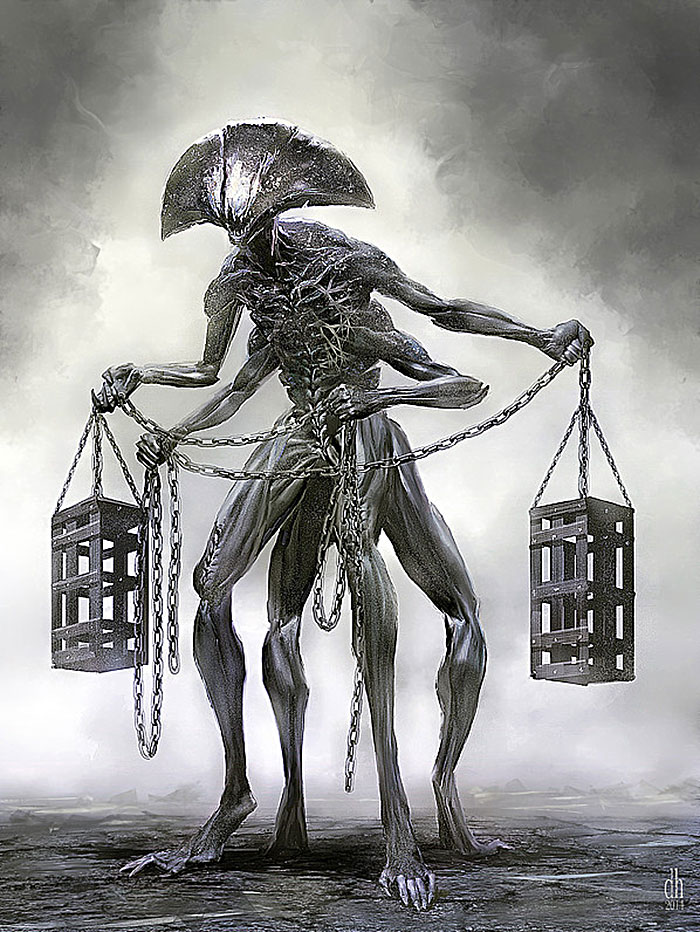 Using his basic knowledge of all the 12 zodiacs, he recreated their symbolic characters. Keeping in mind the traits that make them unique and distinguishes them from each other. Damon said:

“I basically took what I knew the signs represented regarding their name (i.e., Cancer = Crab, Leo = Lion, Pisces = Fish, etc.) and proceeded to illustrate them as human/animal hybrids creating the Zodiac monsters. I didn’t do as much research on these dark Zodiac signs as I should have and I’ve gotten a lot of responses as such, so needless to say I’ll be making a few new pieces to redeem myself.” 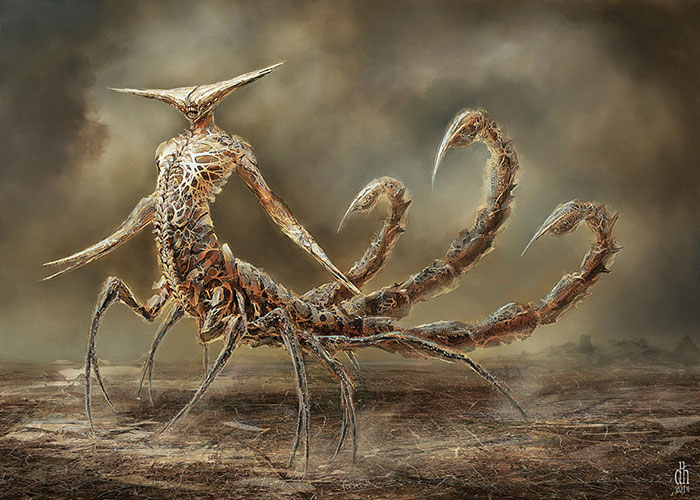 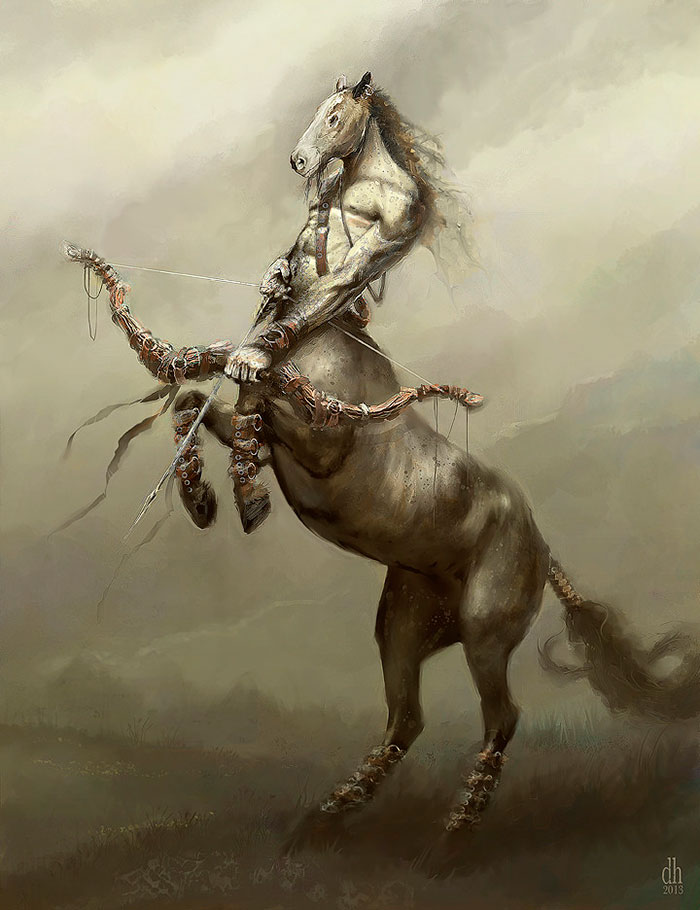 Capricorn the Sea-Goat or Mountain Goat. 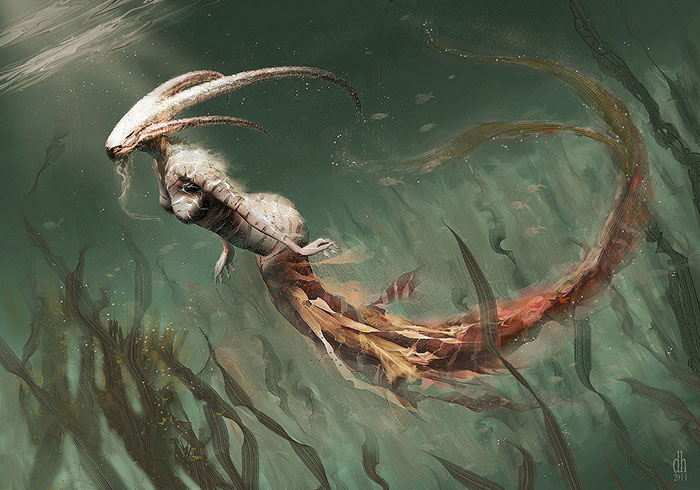 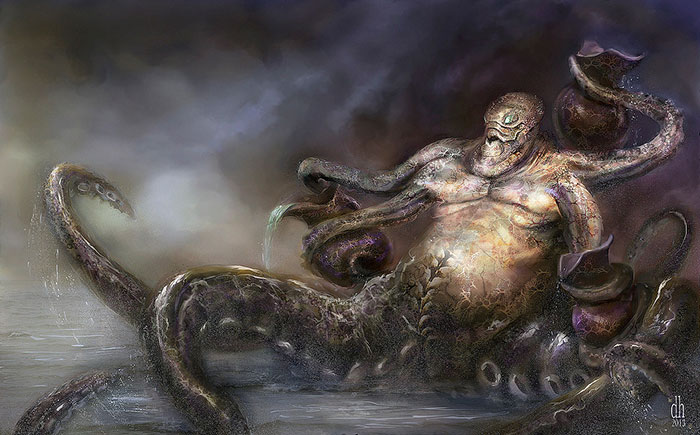 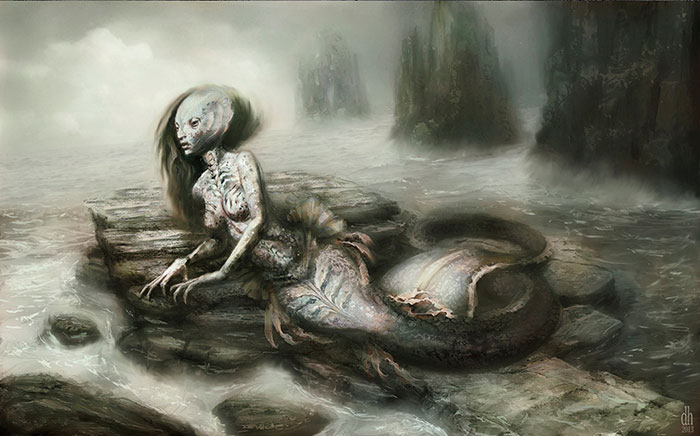 Weird, right? They seem to be representing the inner demon of each zodiac. Let us know what you guys think of Damon Hellandbrand’s artwork in the comments below!