Just because animals seem to be cute doesn’t mean they don’t do crazy things, they can be absolute idiots at times. It’s mostly the bigger pets that are thought of doing stupid stuff, especially cats and dogs, however other animals such as raccoons and birds are no less. You’ll want to bang your head against the wall for them acting insane at times. Talking of birds, as innocent as they appear to be, it’s all a delusion. These little devils with wings can drive you nuts, especially mentioning parrots here. Parrots are smart birds and pretty rebellious too, they’ll give a damn about what you’re saying and continue being in their zone.

Today’s discussion is about Australian birds who are extra proficient at being jerks, total jerks! There are many things you’ll only find in Australia and Australian birds are one of them. Youtube is flooding with how adorable these chumps are but there’s a darker side to their personality too. Here we have a Tumblr thread ‘ Unbelievable stories of Australian birds being jerks ‘ where people are ranting about their encounters with Australian birds and the chaos they can create. Do you think since you have put an anti-bird spike outside your window so you can sleep in peace? Haven’t you watched the videos of Australian birds effortlessly ripping apart these spikes?

These birds being jerks is pretty normal for Australians but you’ll definitely be cursing them out of admiration once you reach the end of the thread!

1. This shameless piece of wings stands there with pride for wrecking up the laptop 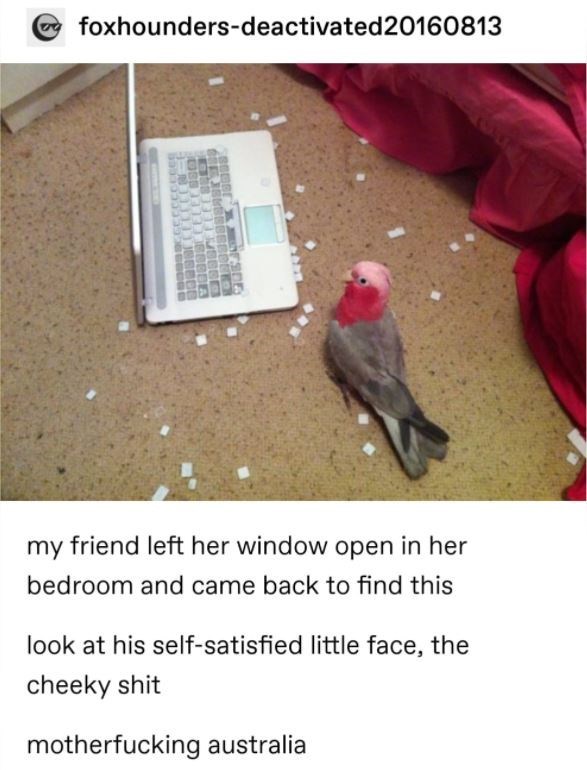 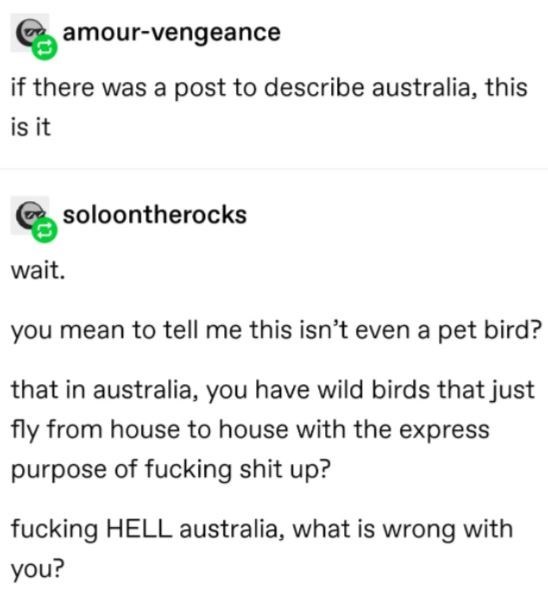 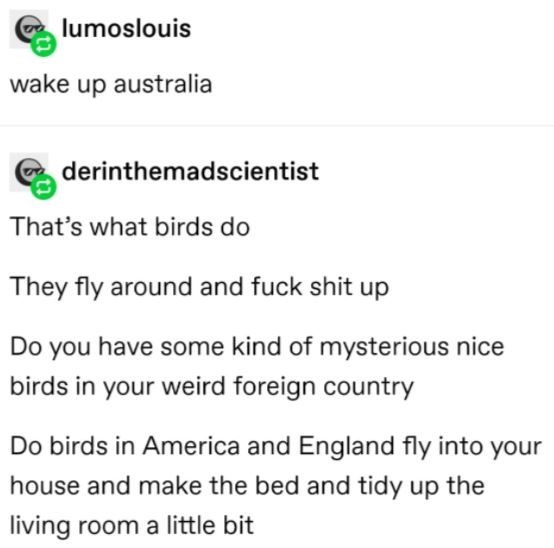 4. They know their dirty tricks 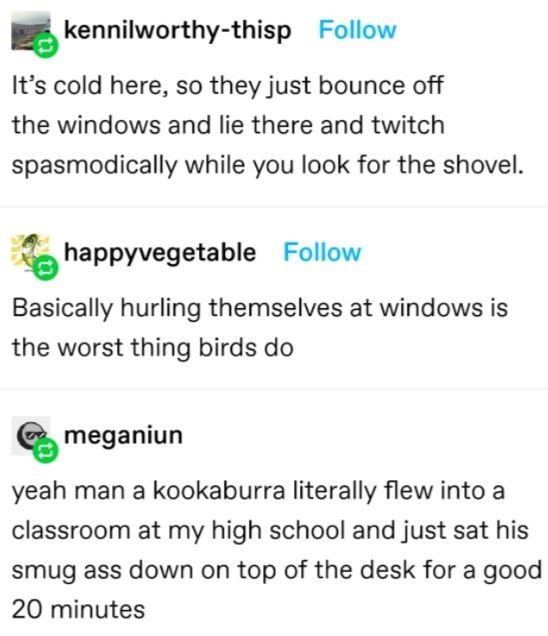 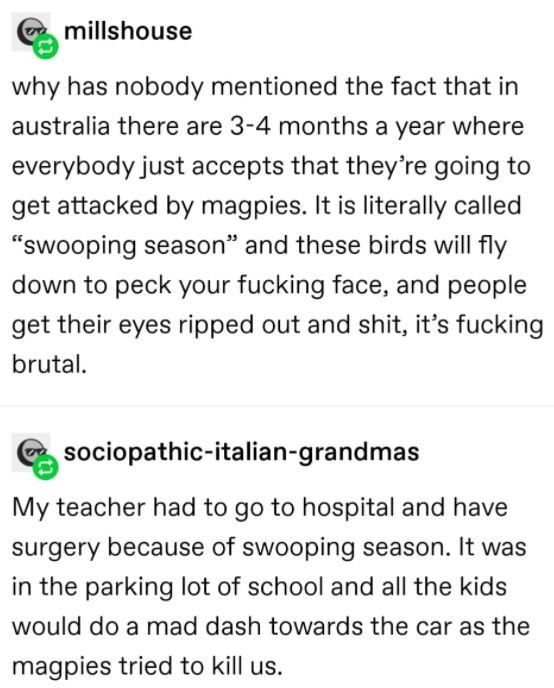 Don’t even get us started over Magpies, they are surely the meanest birds in the species of birds. It’s like there’s some magpie infestation during the summery months. They love the sun as much as you do, but they are highly territorial hereby annoying the shit out of you is probably part of their genes. They can be highly aggressive and mindlessly swoop you over anytime, anywhere. Despite all the hatred, they still are considered successful specie who is pretty intelligent and smart.

6. Ice cream heads should then be considered famous Australian puns 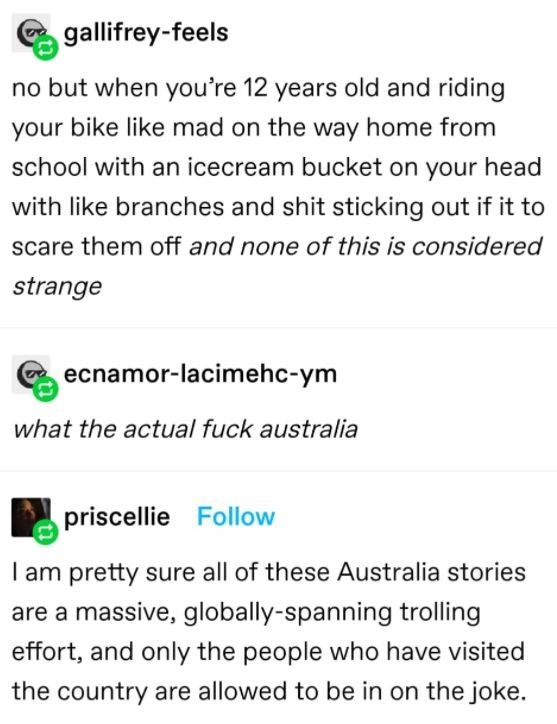 What growing up in Australia feels like. You sure wouldn’t want to mess up with Australian birds, people just make sure to find alternative routes or make necessary arrangements of keeping themselves safe. It isn’t just the Magpies who can be jerky, Australian parrots are no less. They are such thieves who just don’t swoop but also steal things unashamed as if it’s their claimed territory.

7. Sure would have been the Cockatoos 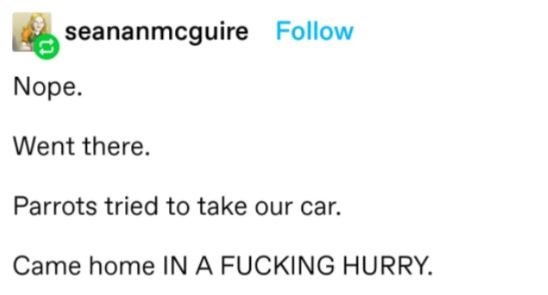 They just don’t drive humans crazy, when in Australia they also drive cars

8. The tales of guardian Magpies 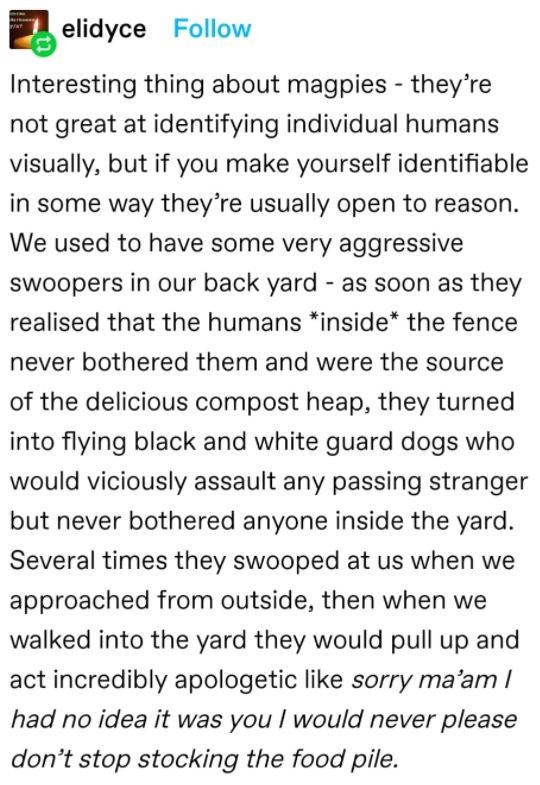 9. They liked someone behaving nicely towards them for a change 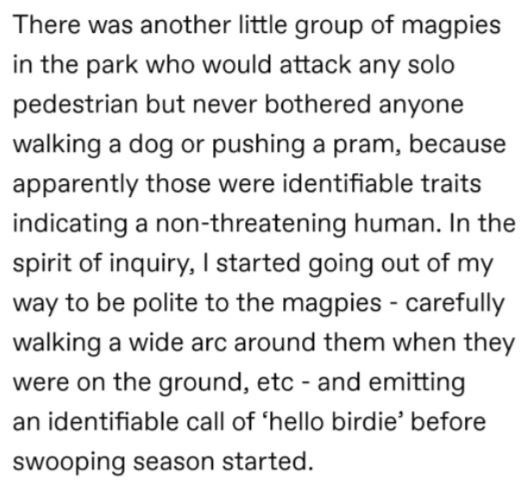 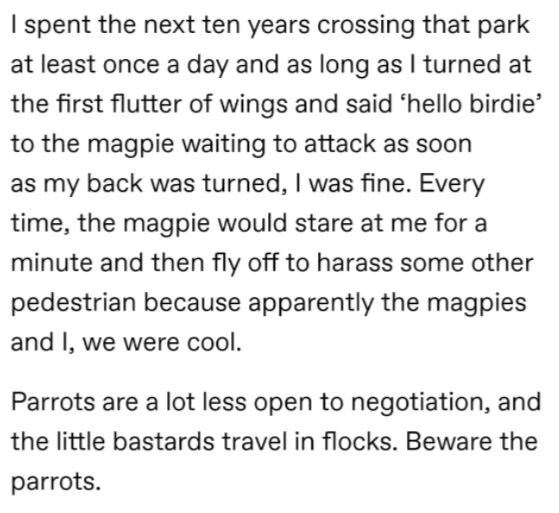 11. Here’s why Australian birds are so vicious 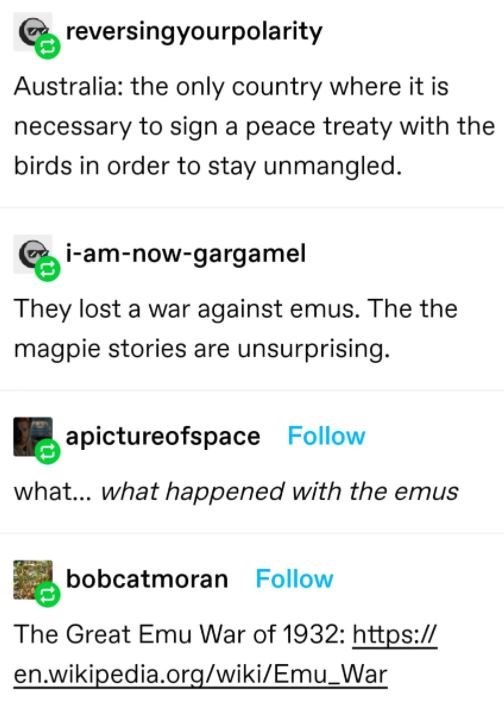 12. Can’t even absorb this, are you fluttering kidding me? 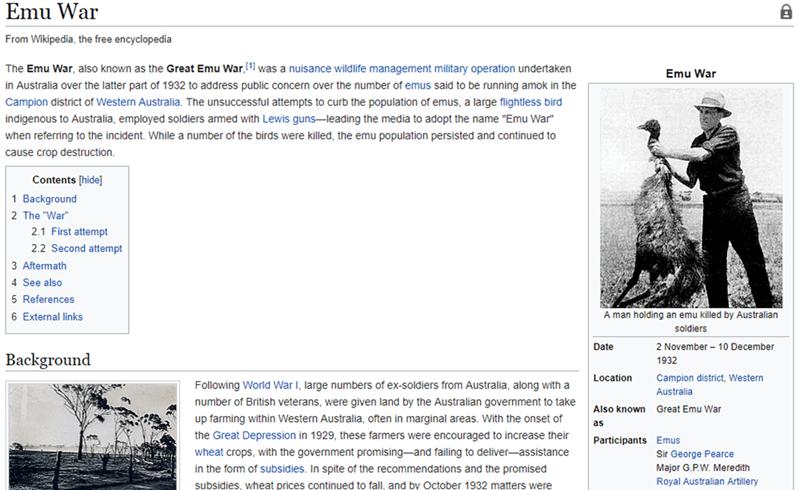 Now it all makes sense why Australian birds are so grudgeful against humans. These small goofies might actually be big jerks but that doesn’t mean we love them any less. No one can deny how cute and adorable they are with a touch of mischieve. If they wouldn’t have this crazy side to their personality, being around them wouldn’t probably be that interesting then. Have you ever come across an Australian bird being a total jerk? If yes, do let us know in the comments below