We all read reviews1 “Don’t care for our cuisine? Let’s have a look at the videotape!”
because we need confidence before buying or trying something new, and when other people share their experiences with you, it makes the process much easier. However, because many people aren’t very honest in general, they have a tendency to exaggerate things, which can be detrimental to a business.

Don’t get me wrong: reviews are important, and individuals should be able to openly share their experiences with others, as long as they aren’t exaggerating or lying, of course. Following are several restaurant owners that decided to defend themselves after receiving negative feedback.

1 “Don’t care for our cuisine? Let’s have a look at the videotape!” TBH this seems hilarious

2. “Fake review prior to the restaurant’s opening”

3. “A business owner retaliates against a Yelp user who left a poor review of his eatery and this is what everyone should be doing” 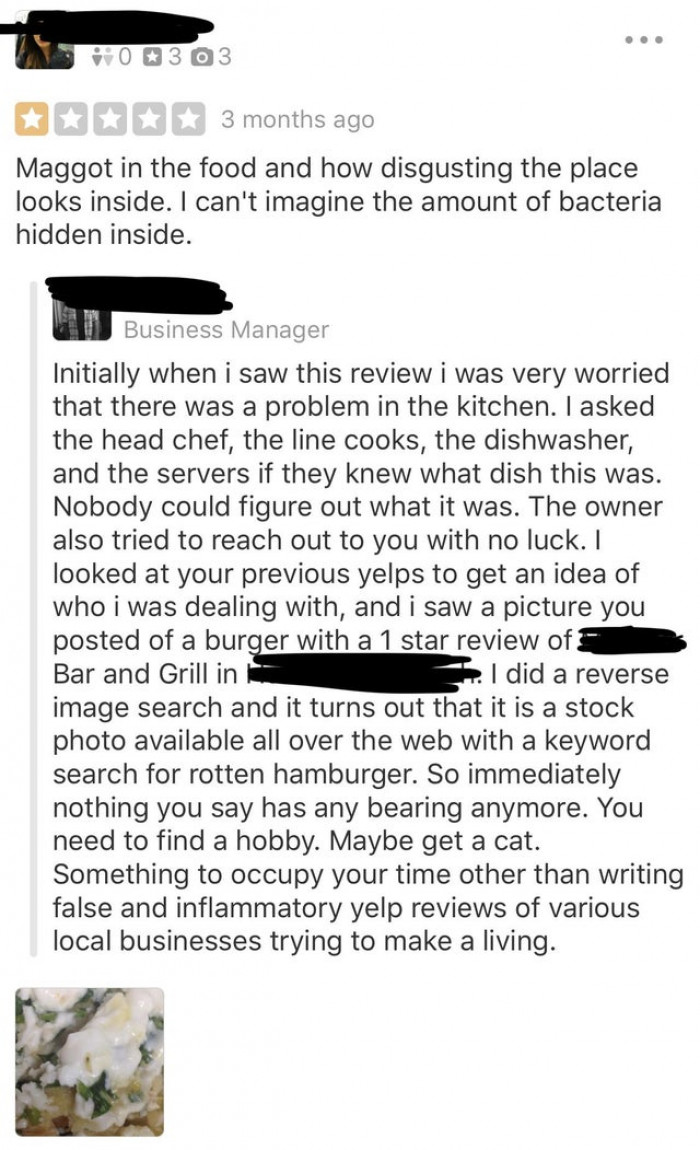 4. “Lady whining about not being able to get food because they don’t sell anyway.”

5. “How come you eat the food at this place when it was not even open yet?”

6. “What a great way to call out a pervert with an imaginary wife whose social media does not display his personal life.”

8. “A poor reviewer is exposed by a local restaurant. Fair enough”

9. “The taco joint is her kids’ playground,” says the OP.

10 “A freedom camper is upset because a restaurant has asked them to leave… After three hours of charging their devices and purchasing multiple (read: two) beverages. Oh, and this is on Boxing Day, one of the busiest days of the year for the eatery.”

11. “This owner is savagely exposing his ex-employee and that’s what is needed to be done”

14. “A woman criticises a neighbourhood eatery, and the restaurant responds”

Well, it seems to be fair how the restaurant owners called out these people who were putting a bad name towards them. It is very unethical to leave sake reviews and defame someone’s restaurant. After all, everyone works day and night to build a place and does not deserve to be defamed like this. Tell us in the comment section what do you think of these savage replies. Stay tuned for more entertaining content.