Bad managers become reliant on good employees. As a result, when they go, they leave a gaping hole in the organization that no one seems to be able to replace adequately. This employee had not only done their manager’s job but had also purchased a few necessary office supplies.
When your employee leaves with their own shutter button, things get a little more difficult at a photography shop. This person was fired for an utterly ridiculous reason, which seems to align with the company’s principles. And, considering that the company folded just a few months later, it appears that this was the ideal time for this employee to go. It’s one of those situations where the work is satisfactory but the job could be improved.

1. OP loved to take photos so he joined a photo studio which was not a big one but he loved his work 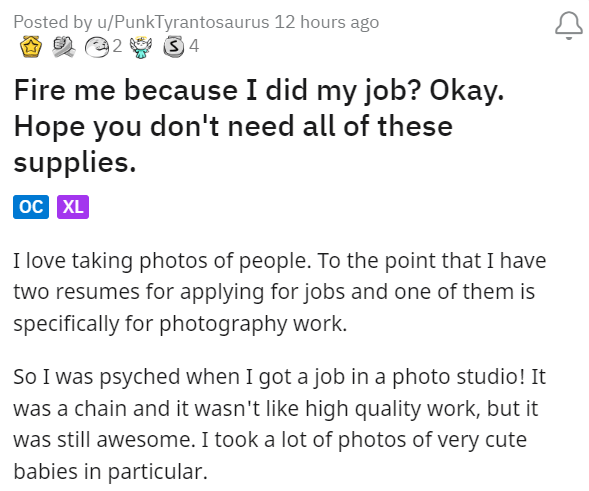 2. The three-strike policy of the company was kinda brutal, OP already had to strikes, once by missing work and second by scheduling before shift started 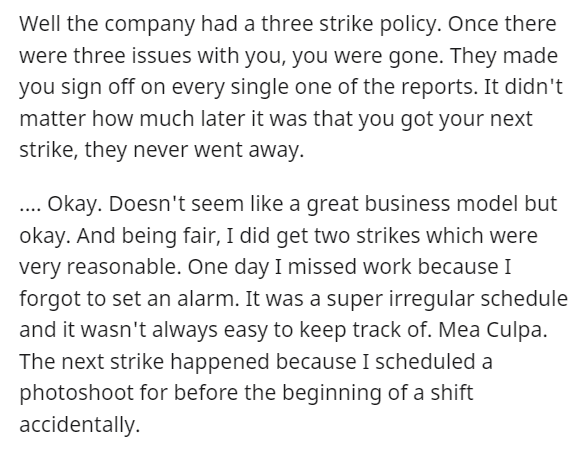 3. That’s how the second strike happened, moving ahead to the third strike, it was Christmas time and everything was busy.. 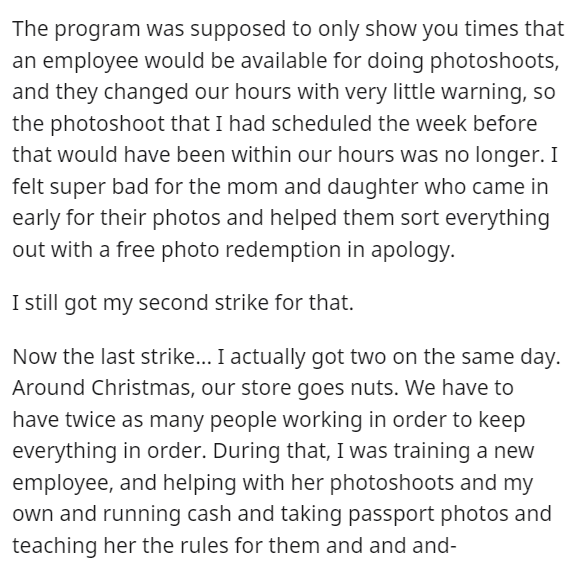 4. Two complaints against the OP were enough to put him down, one customer felt she was forced to buying photos and another one tagged the OP bossy, two of them on the same day 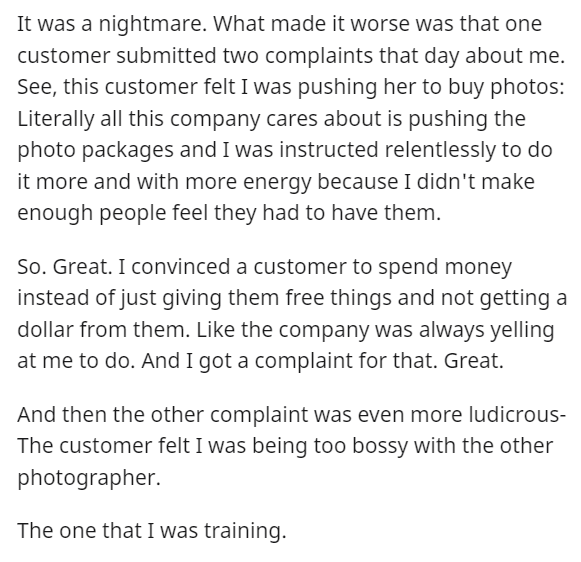 5. OP was told to train employees and get things sold to customer but apparently he got fired by doing his job which left him heartbroken, but then the malicious compliance started 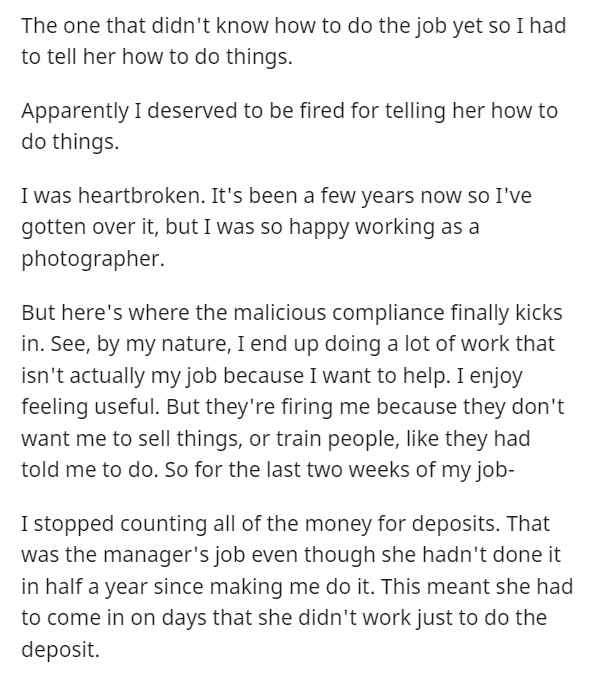 6. In the remaining days, OP used several tactics to harm the company, he stopped doing several things he was doing before 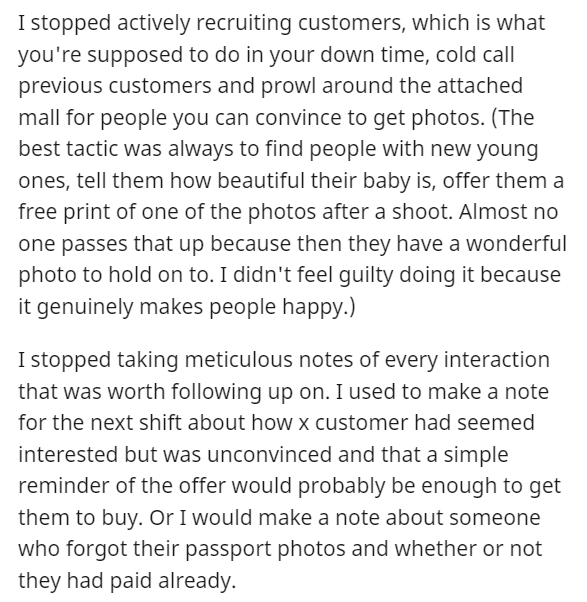 7. On the last day, OP cleared all the gear he additionally put in the store, such as kid toys to make them smile during photography, passport sized photos on the table which weren’t due, and notes 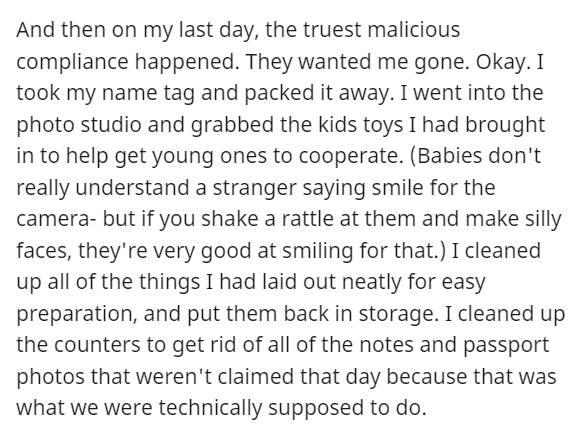 8. There were so many useful things which OP brought to the store after replacement and now it was time to get them all back 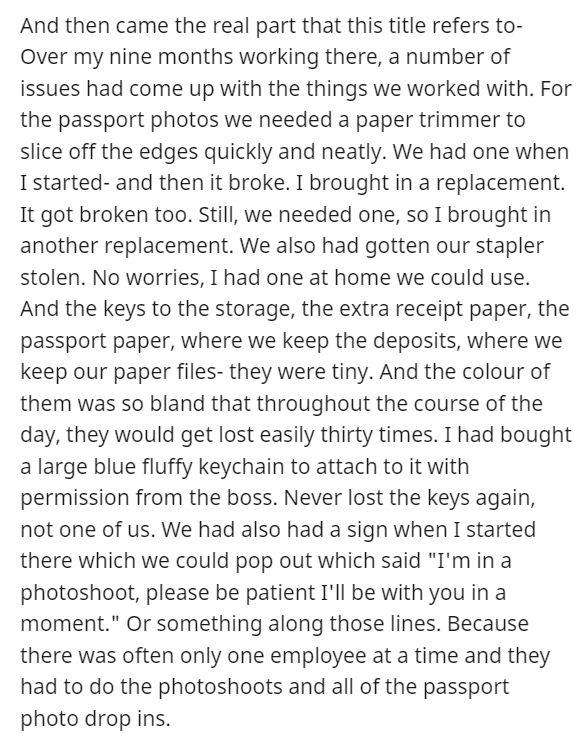 9. Now was the time to take all the thing back, so he did 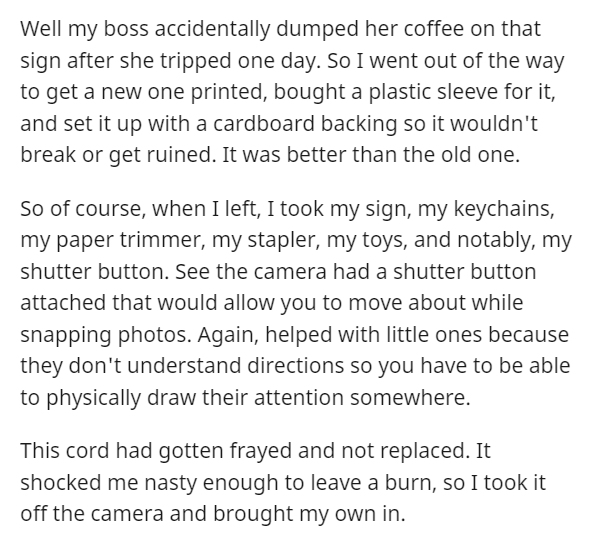 10. The store called for stealing to which OP replied that he took all the things that only belonged to him. Fun fact; store closed after two months 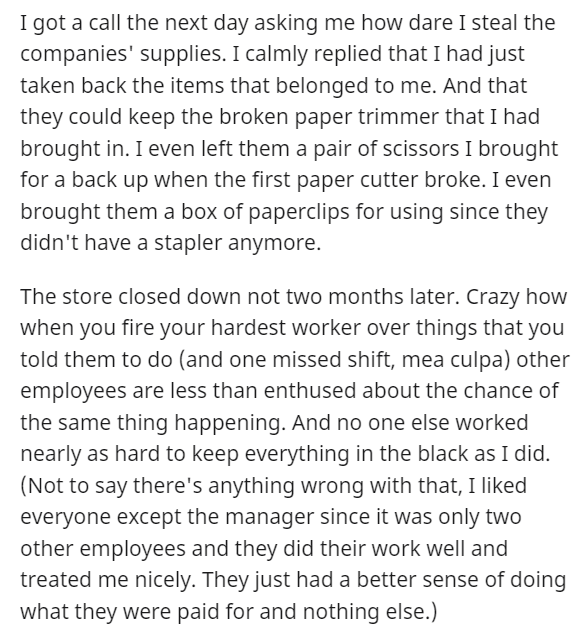 11. The other employee apologized, thinking it happened due to her, and left the store too by stating her own gallery, that’s how the store went empty 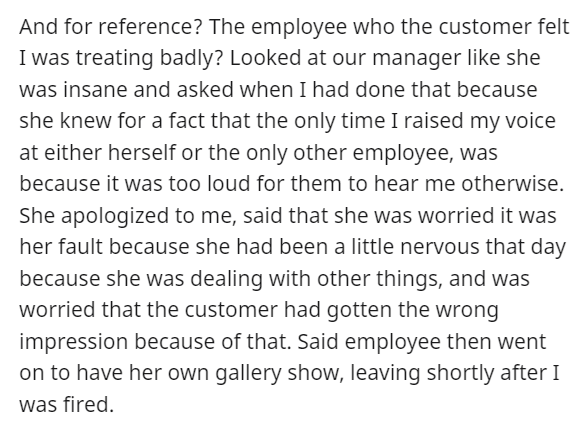 Advertisement
Via PunkTyrantosaurus
What are your thoughts on this story? I think what the employee did was right because he was brutally handled and fired for things that were not so big. His passion for the store spoke for himself when everything had to be closed down after he left. Did you ever face such injustice and used malicious compliance to teach the other party a lesson? If you have any stories, don’t forget to share them with us. Stay tuned for more entertaining stories.
Advertisement
You already voted!