It is interesting that in life, we as humans have to that we have to take shortcuts, in the form of stupid loopholes. Taking another whack on the rules of the game can really be beneficial It is funny when these loopholes actually work in our favor. These things keep on happening on daily basis. There have been so many times when we have to pat ourselves on the back for the stupid loopholes we indulge ourselves in. And guess what? They actually work. Check out how this guy used malicious compliance to play by the bank’s rules and get what he wanted.

1. S. Korea really be giving a hard time to some Americans Life becomes difficult when we have to play by the rules. The rigidness sometimes can be so overwhelming. 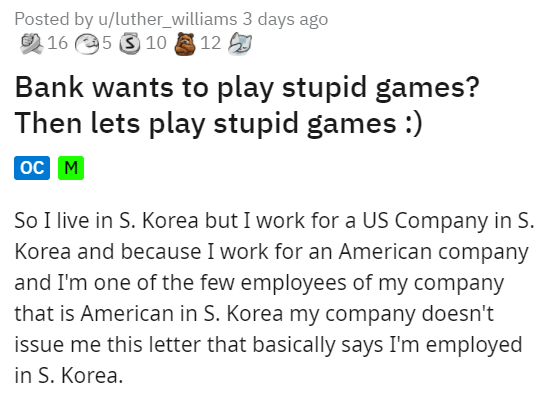 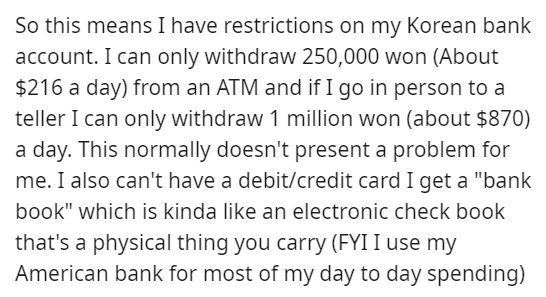 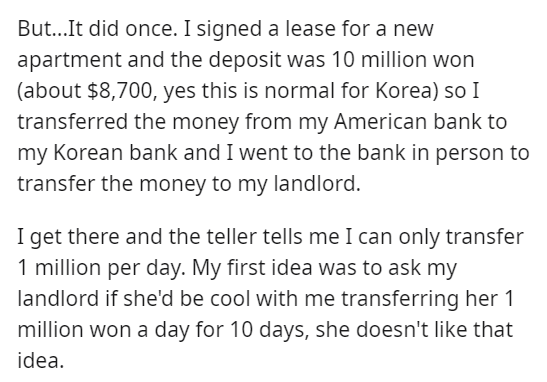 4. Here’s where the twist in story happens.. 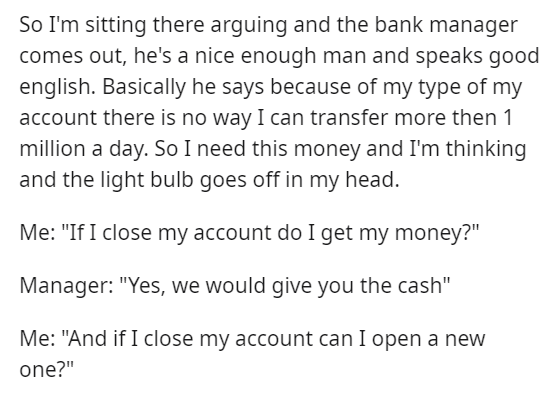 5. The guy uses the bank’s stupid games against them 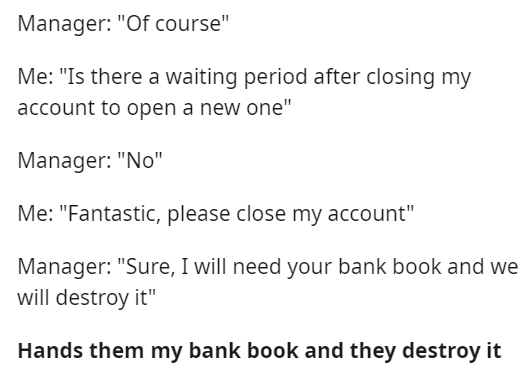 6. The trick dawns on the poor manager.. 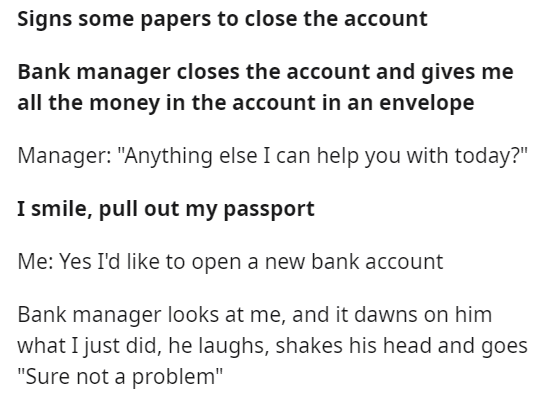 7. Turns out, the guy succeeds as stupid loophole made him smart

8. Korean guy in the comments come out with the truth 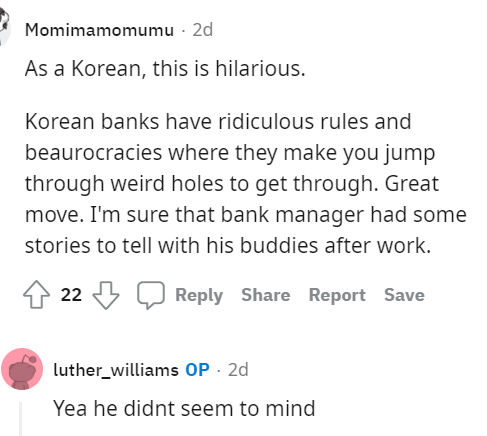 Sometimes you have to figure out the loophole and get the right hoop, friends. Isn’t it innately fascinating that humans always find weird ways to get out of the most weird situations in their lives? It surely is. Let us know what do you think about this smart move of our American pal. I am sure you guys would be impressed. Kuddos to him.