A blessing they did not ask for but definitely needed it.

I have always said this and I will keep repeating it always until I see a change. Adopt an animal, please, do not shop them. This is a really serious matter. You can save the life of a dying, needy animal. When you see a needy animal do not think twice before helping it, you do not have to keep it, you can always find its forever home but please help save its life at least. That is the least as humans we can do. We all know that without any doubt that there is no bigger virtue than kindness. Believe me when I say this but the bond that is later developed between a rescued or adopted animal and its helper is way stronger and on a whole different level than any other man-made bond, for real. You feel a powerful connection of love with them, trust me it is the best feeling you will ever experience.

I speak from my own experiences with rescuing animals. I and my mother have rescued kittens countless amounts of times, we have tried everything in our wills to save their lives. Most of them were victims of children throwing rocks at them and most of them could not survive. That pain is unbearable, when you are looking after a patient and giving it attention 24/7 then it is hard to accept that your hard work went to waste and an innocent soul died, you start to question yourself that maybe I was not being that helping to the patient. We have always kept the ones that lived and right now, I have a beautiful ginger kitten that was rescued by my brother. She was crying at midnight under a car, starving and probably looking for her mother but we could not find her. We fed her, kept her and now she is living majestically in our home, we are happily serving as her servants. I just love her so much.

Today we have gathered a bunch of cat adoption stories that are extremely sweet and heartwarming, you will definitely feel good after reading these if you are having a bad day. Keep on scrolling down… 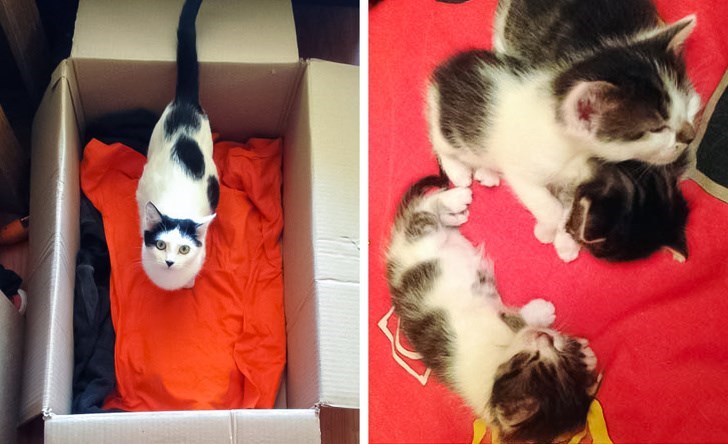 2. “I have passed by this cat 3 times today. I couldn’t do it a fourth time and took him home.” 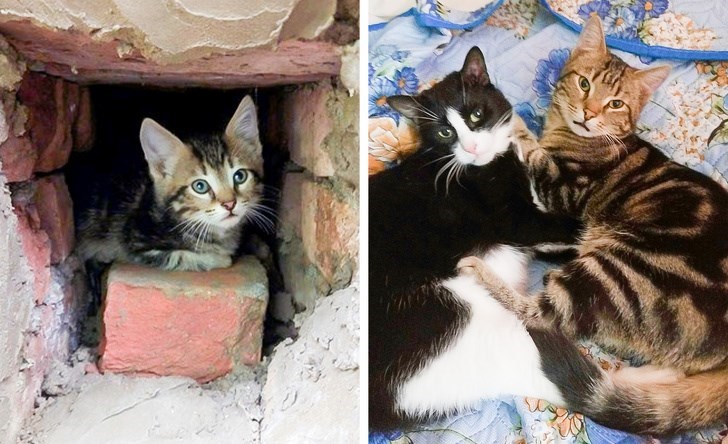 3. “We picked up a cat on the street. Later we saw him on the staircase, thought he ran away, and brought him back home. Our first cat was at home waiting for us. We kept the second cat with us too.” 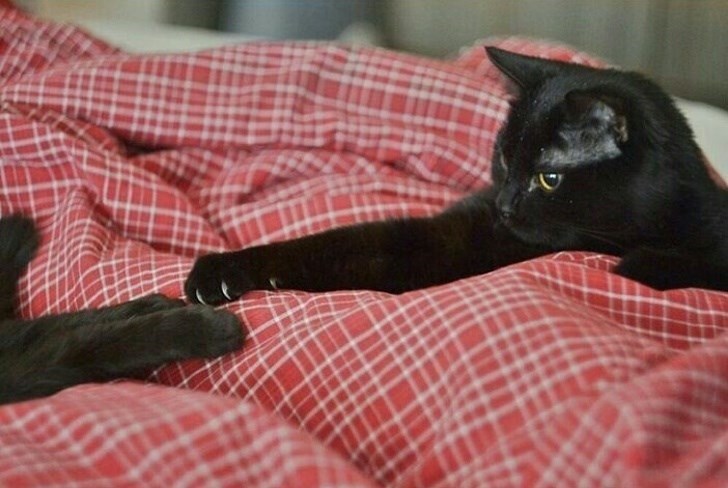 4. “We went kayaking and heard kitten squeaks at night. We really just wanted to feed them, but ended up taking both of them home.” 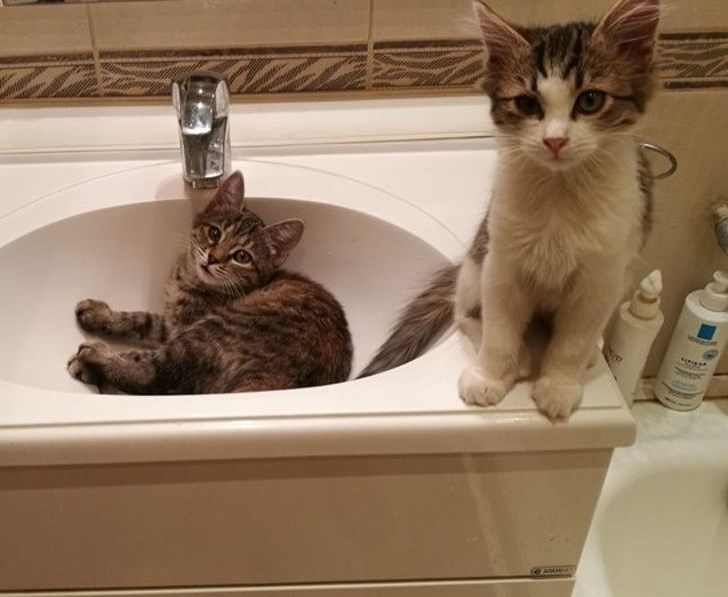 5. “This cat had been adopted several times and returned, so it was decided to euthanize him. His story was featured on the radio in town and 3 friends of mine called me right after it! I couldn’t ignore this sign.” 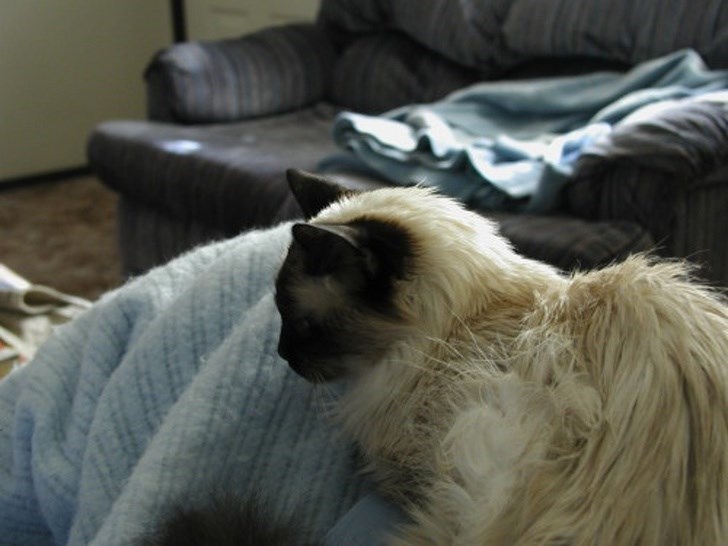 6. “After work, we found a kitten under our car. Our hearts were touched and now he is a new locksmith in our brigade.” 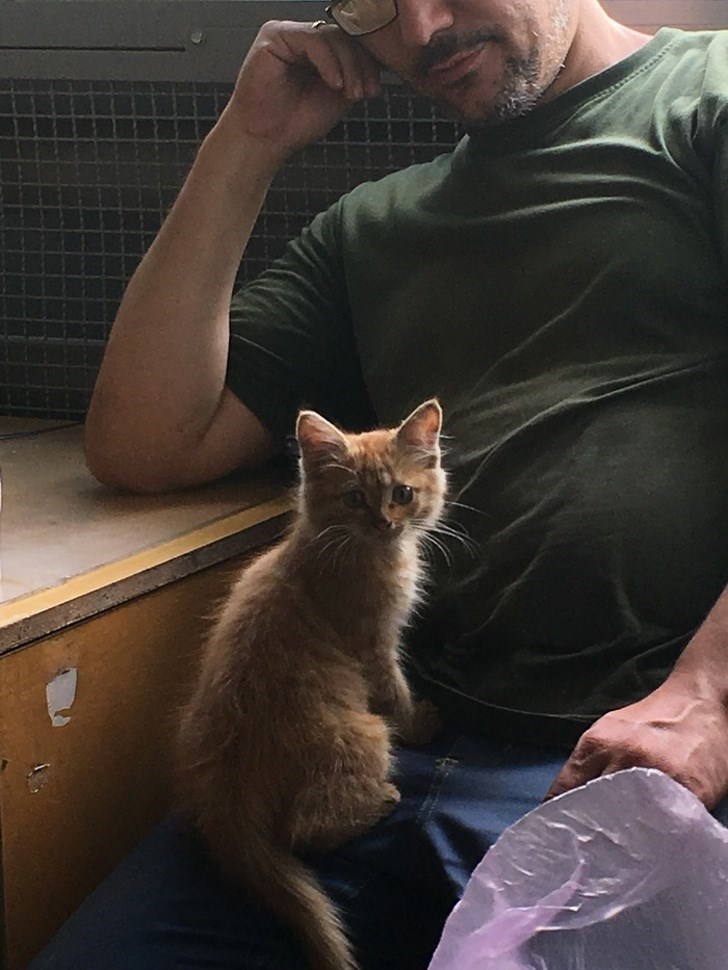 These stories are so inspiring and touching, I am overwhelmed after reading them. Especially the story of that old Siamese cat that was about to get euthanized but a kind soul saved its life. No one has the right to murder an animal just because it is old and it is not getting adopted, it is cruel and disgusting. I am really against this type of system of euthanization. They should rather leave the cat on street, if God willed it they will survive. But there is no way you can change my mind about euthanizing being the right thing to do with animals. Nope. How would feel if orphans and old people living in old age home were treated the same way? Animals have just as much rights to live as human beings, we all are living creatures with feelings. Keep on scrolling down because we are only halfway through yet, we have many more inspiring stories for you to read down below…

7. “One fine night, 2 women brought a kitten to the hotel I was working at begging to find him home. I called everyone I could and eventually, kept the cat with me.” 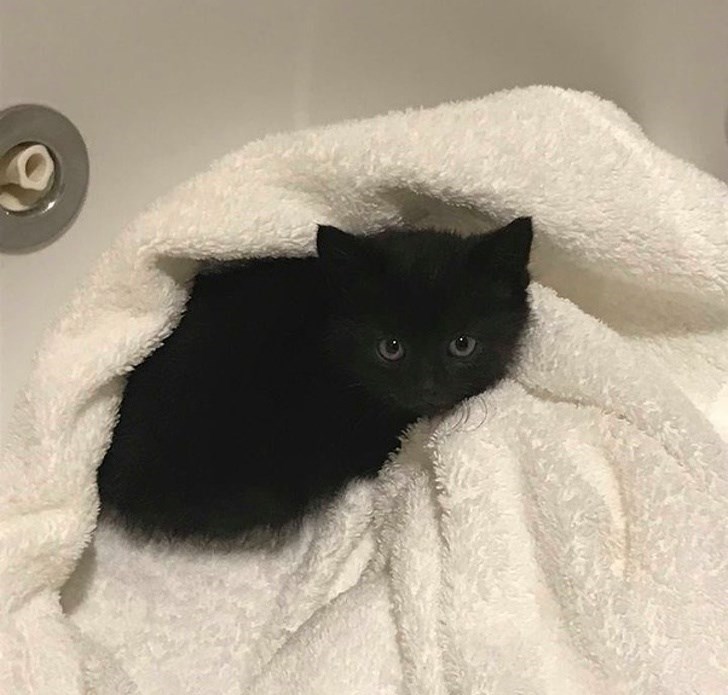 8. “When I was looking for a kitten to adopt, I had a choice between a British Shorthair, a Maine Coon, and a Sphynx cat. Later IT, with his ears covered in fuel oil came to my work and ate my lunch.” 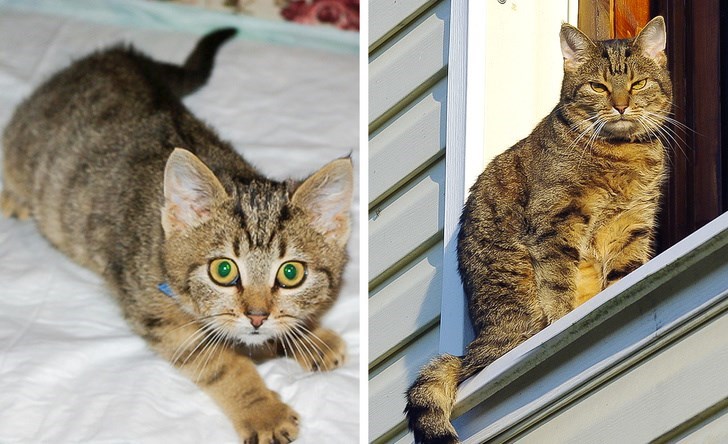 9. “I was standing on my balcony and a cat jumped on it. I rubbed his head and then went around to my neighbors looking for his owner. No one recognized him.” 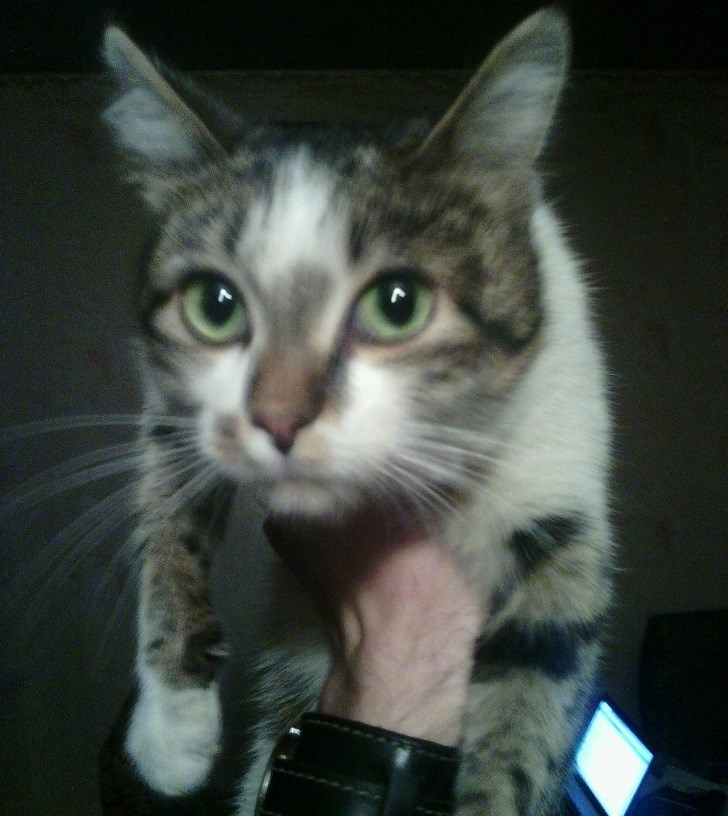 10. “A local stray cat gave birth to her kittens. Once, she decided to move them, but left one kitten behind. I found him almost breathless right on the road.” 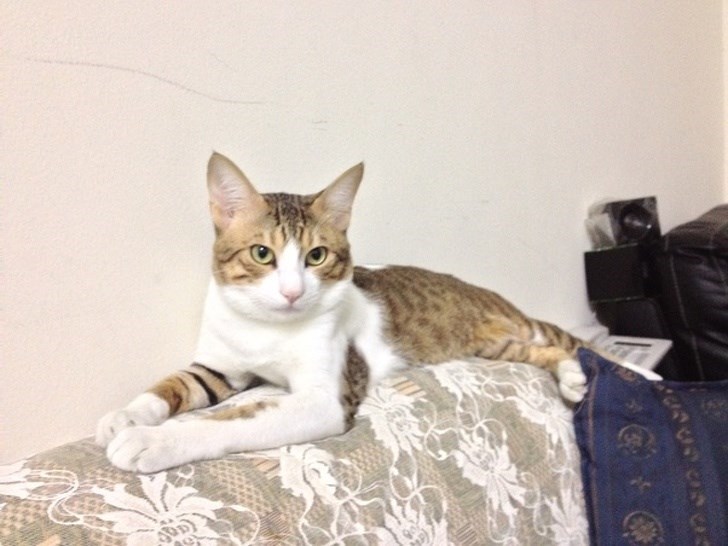 11. “Once, when I got back home from work, I threw a towel on the floor and saw someone’s paw appear from under the bed trying to steal the towel. I decided to keep the cat.” 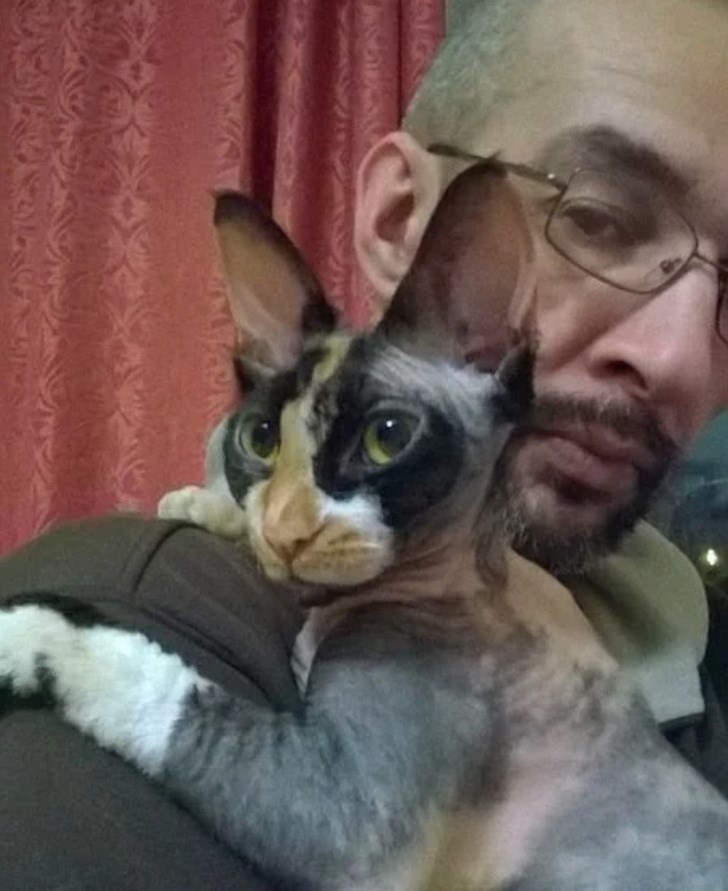 12. “I had a fight with my husband so I did what any other woman would do — I went shopping. I accidentally turned up at a cat exhibition. Suddenly one of them started to howl and scratch the glass. 5 minutes later, we were on our way home.” 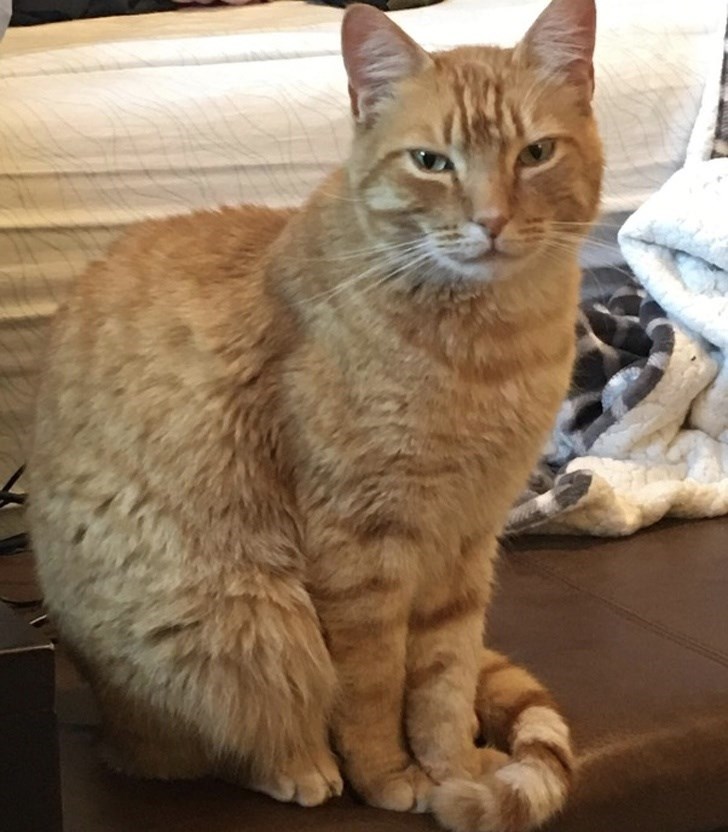 13. “In the morning, I woke up hearing a cat meowing. Btw, I didn’t have a cat. The sound seemed to be coming from the sofa, I cut open the sofa and took out the cat. I don’t know how he got there, but now he is mine!” 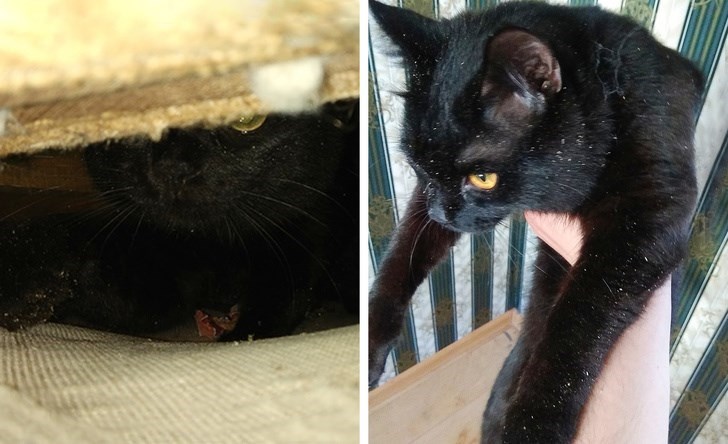 These stories really shook me to my core, they were so beautiful and inspiring. I am really glad that all of these cute fur babies found their forever homes with some really kind people. I am so happy that they are experiencing the good days that every animal deserves to experience but unfortunately they can not. That one guy who was looking for a cat for adoption found a beautiful kitten who ate his lunch at work is so funny and cute, he became such a big chunky kitty. I loved that story so much. These people are so lucky to be blessed that way and the same goes for those cats who were rescued and got into safe hands. Have you ever rescued and adopted a cat? If yes then how many? Share your story with us, we would love to read it in the comments down below…