You do not want to mess with teenagers.

All the dumb things that you think are impossible have probably already been accomplished by a teenager somewhere in high school. We all do weird things when we are young especially since our spite meter is an all-time high at that age so it is no wonder teenagers don’t let things go easily.

I was a teenager just a few years back but I can’t say I relate to any of these malicious compliance stories because I was sadly too nice. So it is always nice to read the stories of what could have been. So if you want to read your revenge fantasies come to life, you have come to the right place.

I am sure the title tells you all that you need to know. 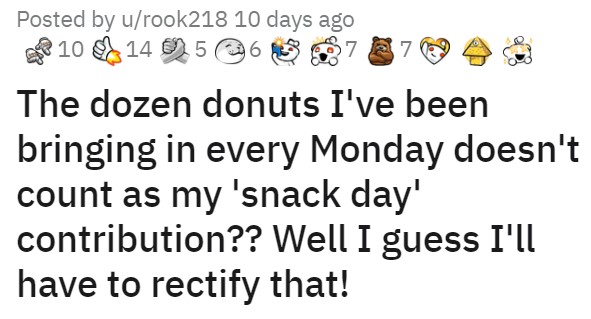 That is especially nice for the class I must say! 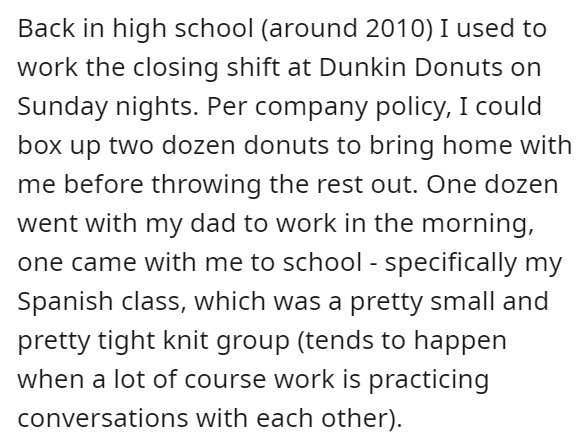 I suppose Anne wanted all the power and praise. 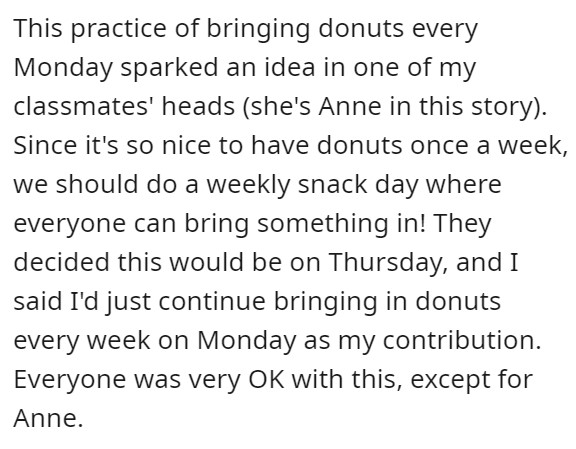 I can imagine things could have worked out without a hassle if they talked but who does that these days? 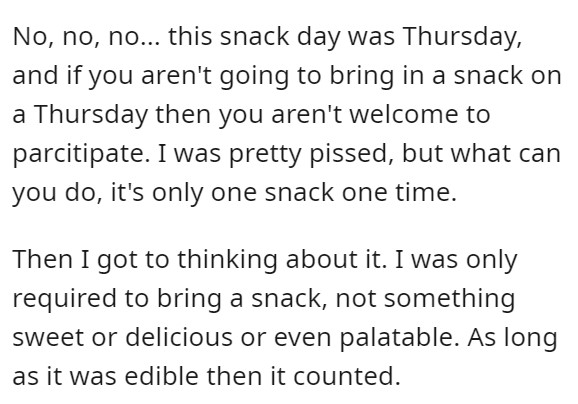 I bet you couldn’t stop your grin from making an appearance. 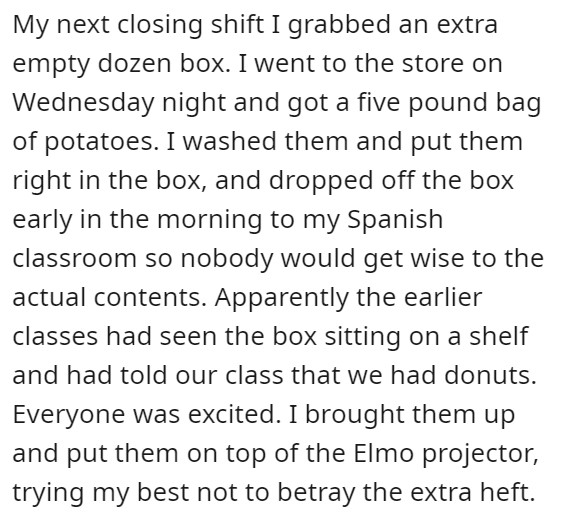 But why? Why would you eat a raw potato? At least boil them first! 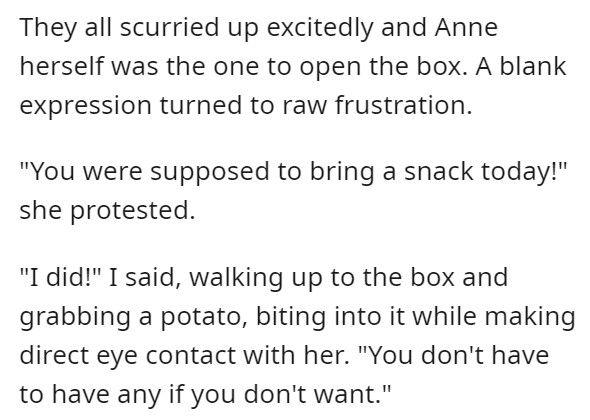 I can understand that people will go to extreme lengths to prove their point. 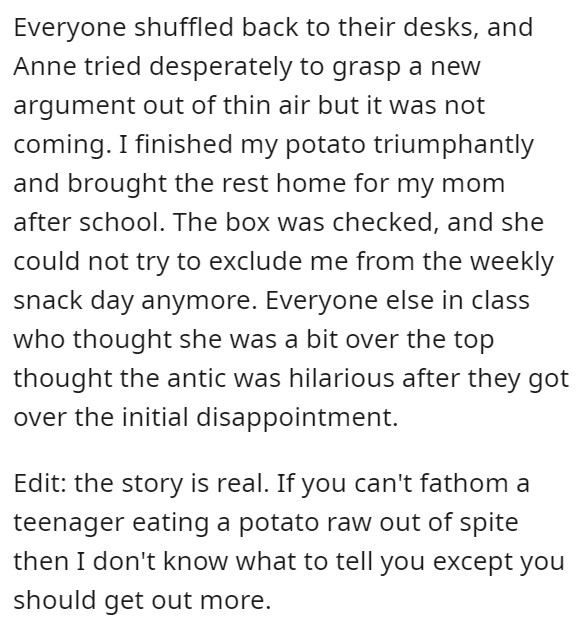 They are referring to this story.

You didn’t think to cut them in half, hold them up with your middle fingers, and offer them to Anne? –tnuceguhasipmurT

I have known girls like her. They put themselves in charge. 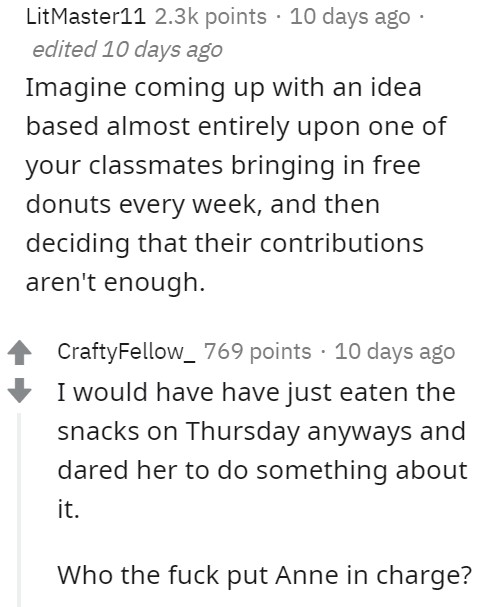 Sounds so petty when you think about it with a clear head. 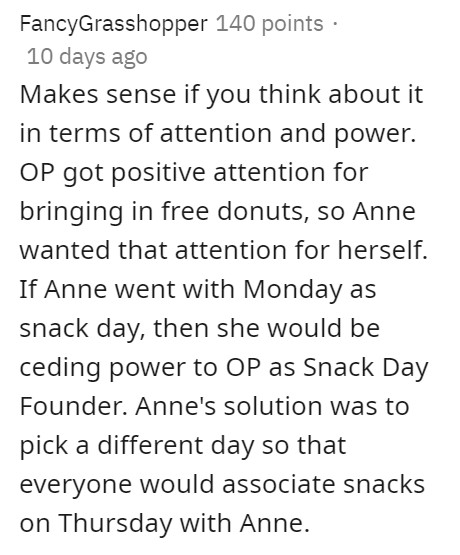 That would have been so much more fun. 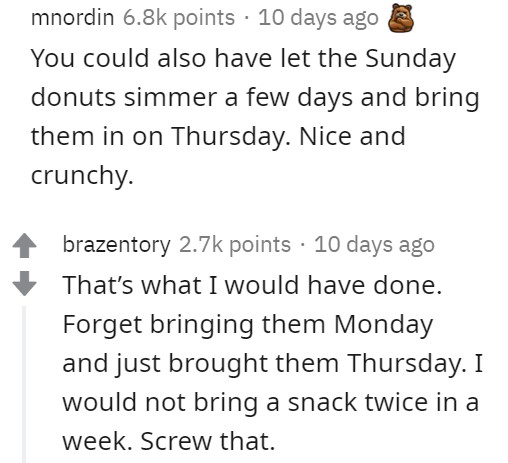 I used to bring donuts in once in a while. As I was coming in, the night shift was heading home. I would bring donuts in for my shift, but one guy from night shift would always grab 3 or 4 of my donuts. The guy who was literally walking out the door and could get whatever he wanted was taking donuts from my shift.

I started leaving them in my car until he left. –ronin1066

The torture would have been unreal for the rest of the class. 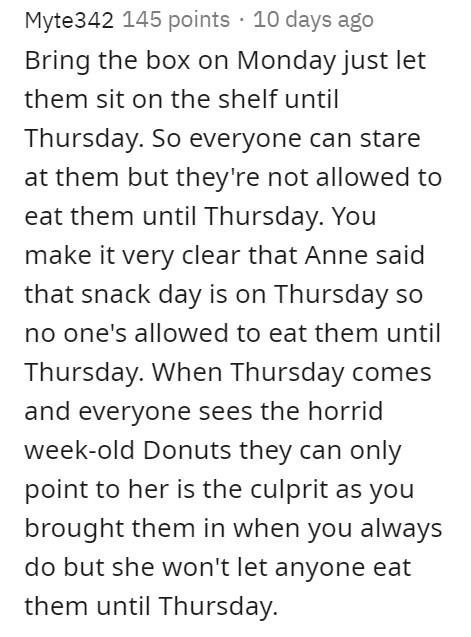