Dealing with customers can be really hectic sometimes.

People are usually rude to employees working in retail, and some of them even have the audacity to treat them like they’re a bunch of slaves. Most of these potential customers lack common human decency and they’ll just go on treating the employee like garbage (to say the least), and no one deserves to be treated badly especially when they’re working hard to earn an honest living. With the current ”Karen” explosion taking over, and said women, complaining about the smallest things possible, people working in the clothing business often come across people who have zero brain cells left and waste their time along with everyone else’s. And if you don’t comply with whatever they say, get ready to be bashed.

So this woman working in a high-end store came across two customers who deliberately tried to shop for something that didn’t fit the size of the customer, and when the employee couldn’t really help them with what they needed, they gave her a difficult time dealing with their crap. Seeing this, the boss took matters into her own hands and dealt with the rude customers in her own way.

The Reddit user was working in a high-end vintage store, she didn’t expect what was about to happen. 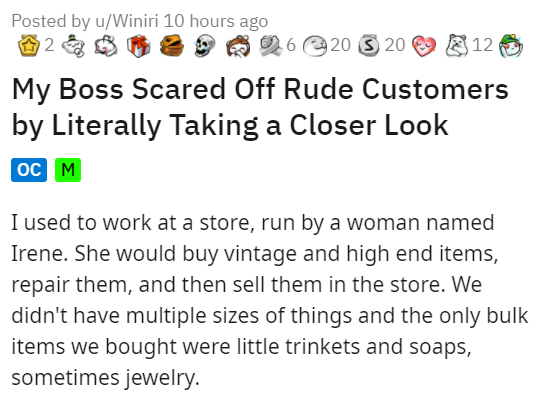 A rude couple walked into the store and OP was about to witness the worst two hours of her life in this business. 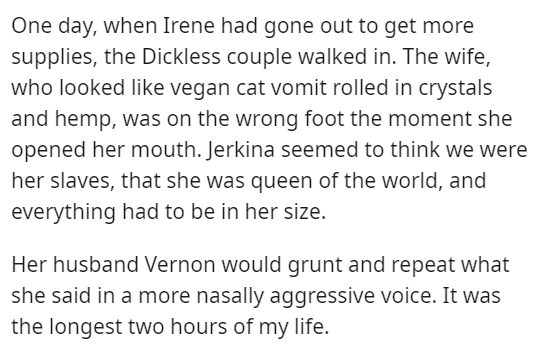 The employee almost lost it when the customer kept demanding a size that didn’t fit her. 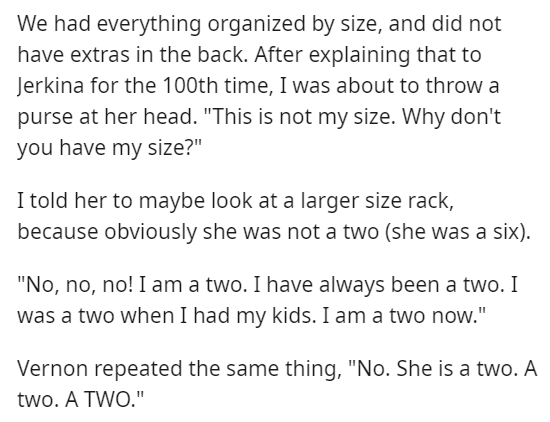 The boss walked in and witnessed her employee getting frustrated because of the rude customers. 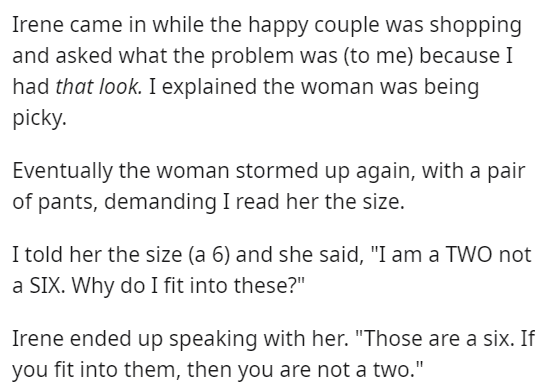 The husband joined in and demanded the employees took a closer look at his wife, the boss happily volunteered. 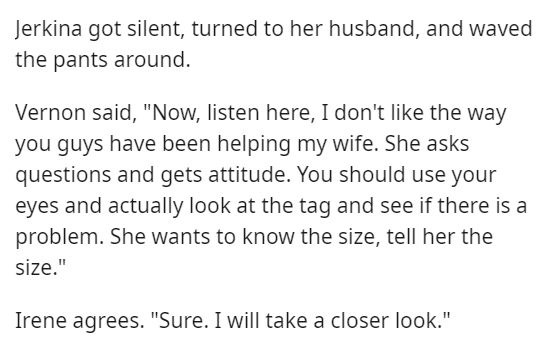 So the boss inspected the customer’s size with a glass eye and confirmed it was a six. 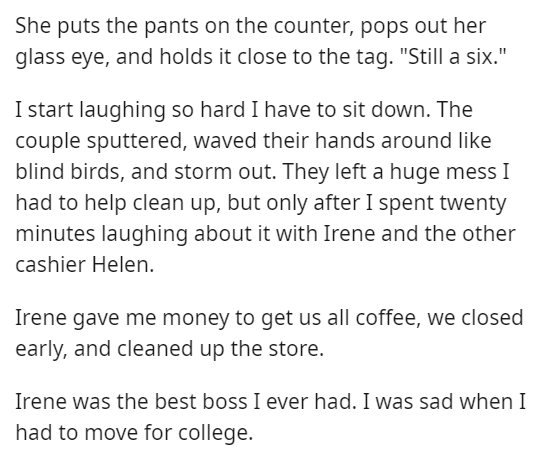 The couple got what they deserved, minus the pants that didn’t fit. 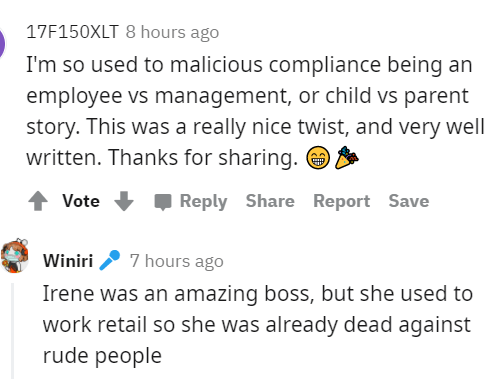 In my opinion, people really shouldn’t waste their time when it comes to trying on clothes. If you’re a size six and try putting on pants that are for a two, you’re not only making a bad purchase but you’re making the lives of everyone working there miserable too. It really shows how insecure some people are regarding their bodies. In reality, you should wear what fits you correctly and provides you comfort.

This is what other Redditors had to say.

Most of the Redditors expressed how much they loved Irene.

However, some of them blamed the ”size” standards in America.

OP’s boss wasn’t the only one with a glass eye.

Who do you think is wrong here? What are your thoughts on this story? Let us know in the comment section below.