Sometimes, people control you in relationships and call it “love.” They make you do things they like and strip you of your own interests and personal choices and justify it by saying they want you to become a better person. We all know that good couples grow together, individually and as partners. But forcing someone to do something they can not even control just for your own ease is selfish and toxic. A lot of people disguise control as love. People are usually blind in love, and they can not identify red flags, but they should step back and really take things into perspective if they think their partner has started to make ridiculous demands.

This man on Reddit asked his wife not to poop in the evenings, as it consumes the time they are spending together. He asked her to go to the bathroom in the morning instead. The man later asked if he was wrong for doing so. Scroll down below to read the full details of the story:

He comes home after a long day at work and likes spending the evenings with his wife. However, she spends some of this time taking a bathroom break.

So he asked her to go to the bathroom in the morning instead, to which she replied that she can not control when she has to go. 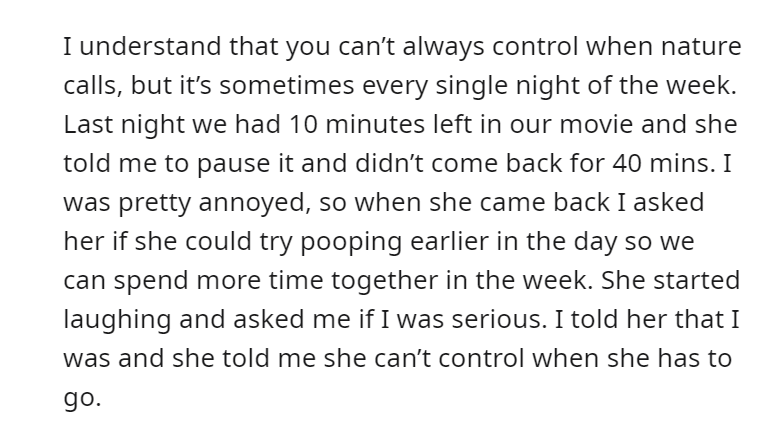 The man acknowledged that everyone is different, but is frustrated because his wife “won’t even try.”

He shared this with his co-workers and they all said that he was wrong for doing this to his wife.

So he became a “nice guy” in the end and claimed he was a pretty reasonable guy, but still asked the Internet if he was wrong for telling his wife to poop in the morning so he could spend more time with her.

This is why he thinks he might be wrong:

Even though it is understandable that he wants to spend as much time as possible with his wife, he is being very unreasonable and controlling. He needs to realize that this controlling behavior is very toxic for both him and his wife. Dictating when or when not to poop to someone is wrong on so many levels. The man needs a wake-up call. 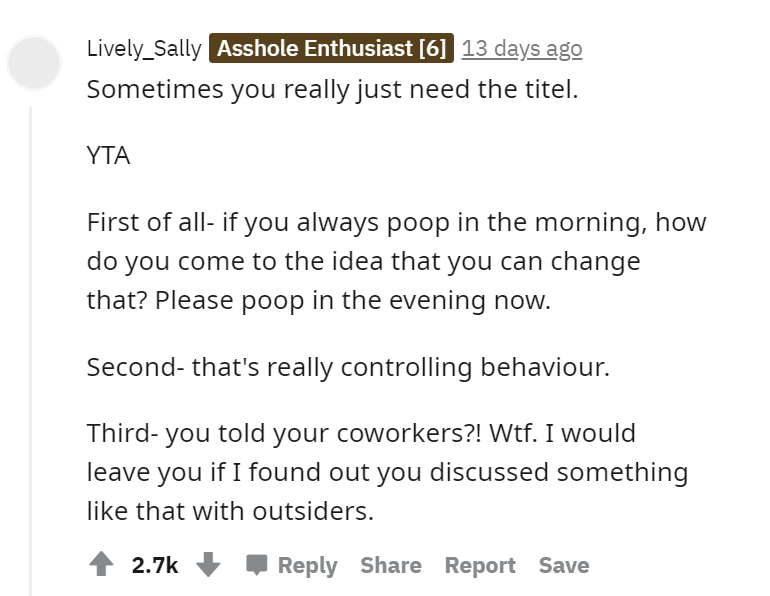 How can you even think you weren’t wrong in this?

Everyone blamed the guy for being wrong.

If he thinks it is that easy, why can’t he try changing his own poop timings? 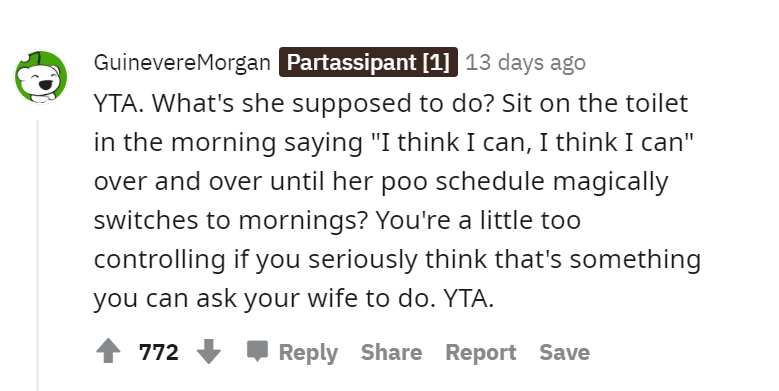 Does he realize how stupid that sounds?

It isn’t like she controls her own bowel movements. 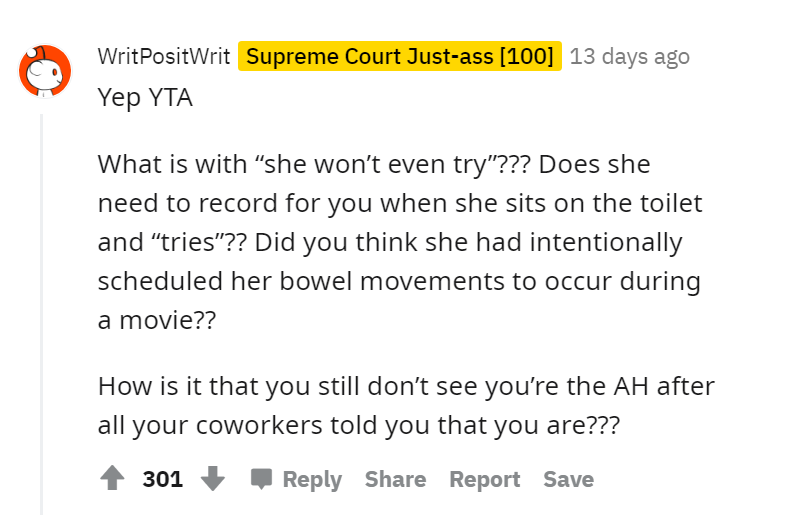 Do you think the guy is wrong? What makes you come to that decision? Share your opinions with us in the comments below.