How are they supposed to work if they can’t drive?

Sometimes malicious compliance is the only thing you can do because you don’t have any other choice. I mean this person didn’t set out to take revenge, they just kind of fell into it. You see, it is essentially their boss’s fault, Things were going pretty well at first. However, he hadn’t checked the laws correctly and apparently anyone under 25 couldn’t drive the work trucks, or he had to pay more in insurance.

So rather than thinking of another solution, he decided to do nothing about it and told the two new workers to not drive the trucks. Not the problem is that they couldn’t go to work because of this. I mean how else were they supposed to complete their tasks? And even when they tried to contact him, he didn’t pick up. But after all of this, he still had the audacity to be angry with them even though they did nothing wrong.

You can check out the whole story by scrolling below.

Is this a horror fairytale? Because it sure feels like terrible one. 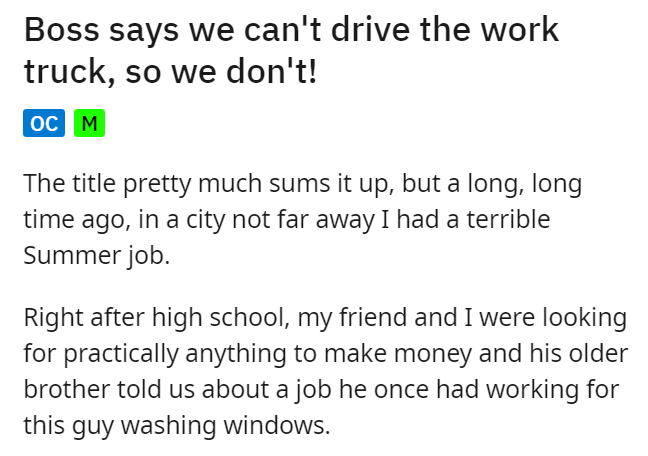 Semi legitimate? I don’t like the sound of that. 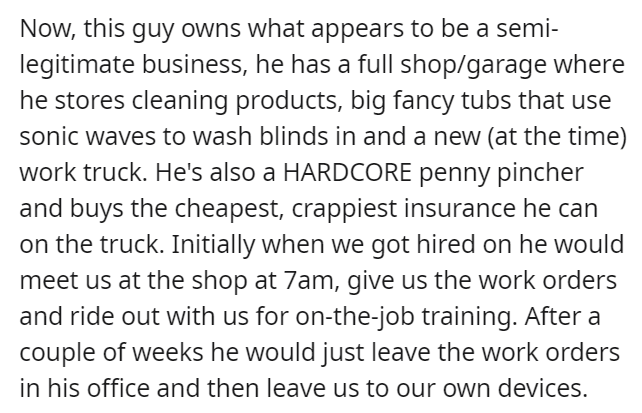 At least they weren’t underage so there is that however there was still a problem. 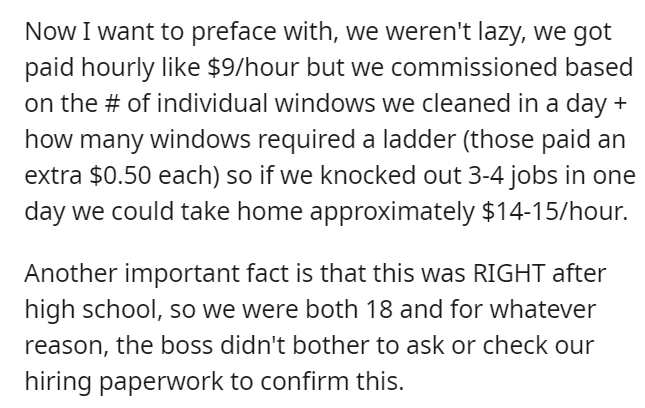 I mean I can understand why he wouldn’t want to do that. 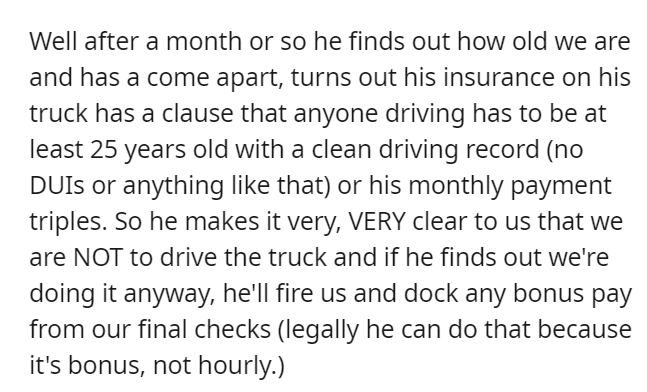 But he had to think of a solution. To either get a driver who fit the age range or pay triple the insurance. 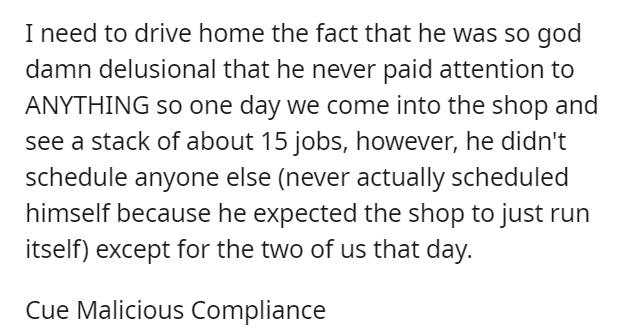 iPhone 2? That certainly seems like a long time ago since it never existed. 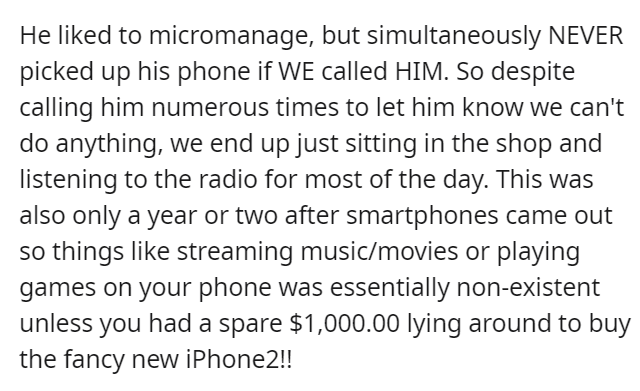 Great story, this is hilarious! I actually laughed out loud at the “liked to micromanage but simultaneously never picked up his phone”, this is way too relatable. –oboz_waves

They did call him though. Does he not see his call logs? 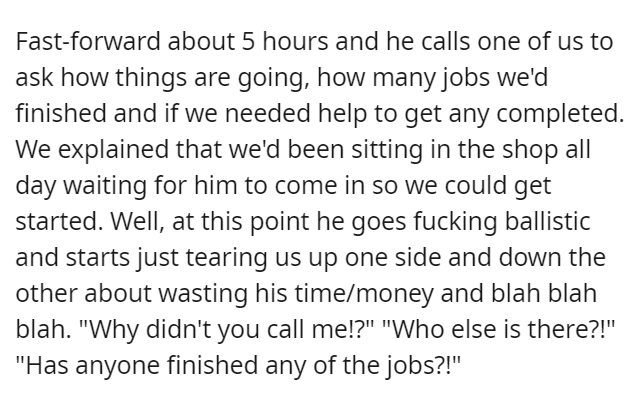 Nobody was going to work for this guy for too long from what I hear.

This is exactly what happened. 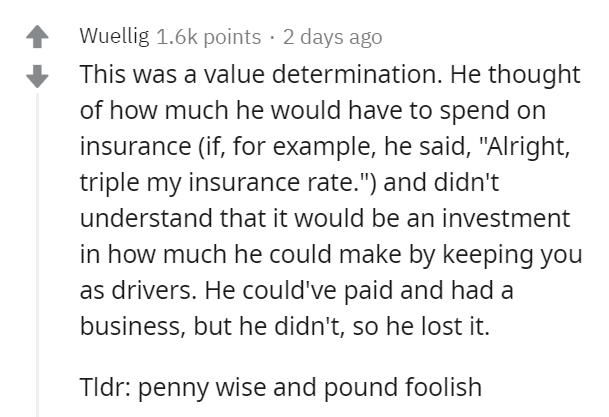 Or perhaps he just wanted to be cheap and get away with it. 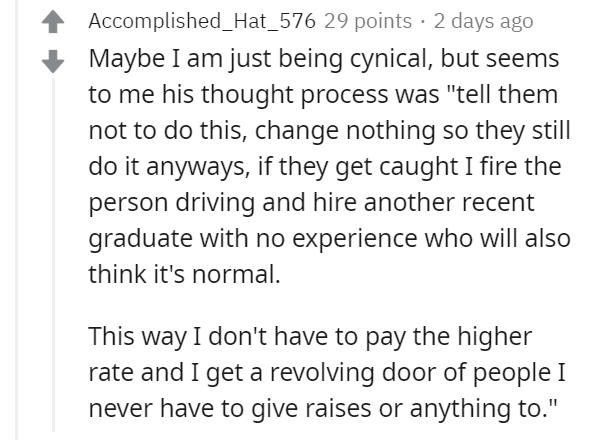 They essentially did what he told them to do. Not their fault he was so dumb. 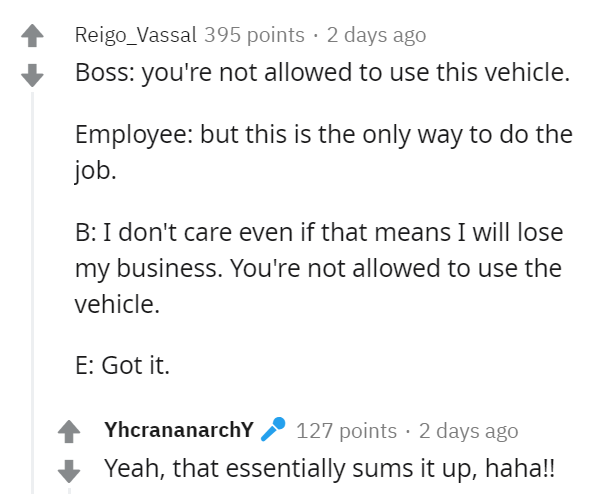 Doesn’t sound like such a bad guy to be honest. 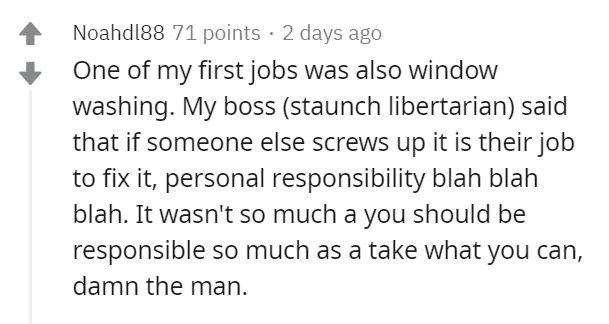 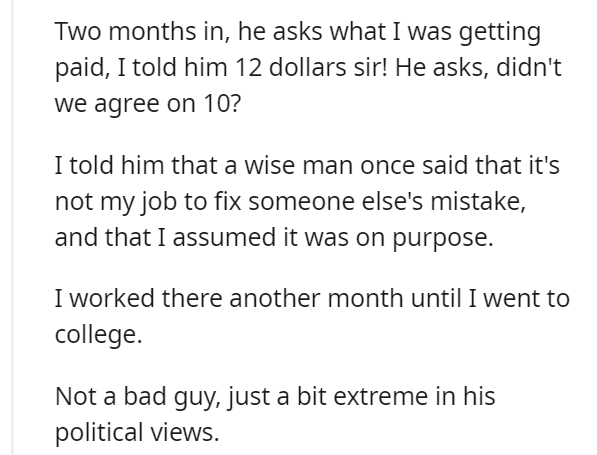 Picture it…my town, 1994…the only woman in a 12-man factory. ( It was a blast ❤️!) Whipped those guys in to shape and never failed to have a bakery birthday cake for every one of ($ Boss $) them. It was a great job and I loved it. Ask me anything about farm machinery. Big Boss Man is worried about the OLD 3/4 ton passing emissions (sounds personal) , but I had a secret up my sleeve. I told him if I could get it to past emissions I would get a $2.00 an hour raise…”OK!” Zez he.

I got to the job at 4:0O AM, snagged the truck and took it to the e-station. Sat there doing crosswords until they opened…it passed. First in line with a cold engine… no emissions there! He never knew how I did it and I got my raise. Sukkkah! –InternationalCake111

He should have but, he couldn’t. 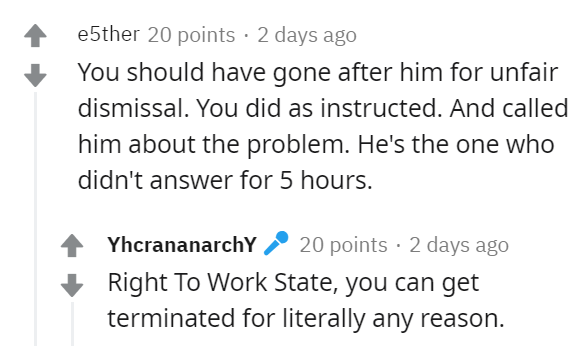 Have you ever had to deal with managers like this guy? If so let us know your experience in the comments below.