Lazy people are the best.

Why am I saying this when there are so many people who work harder? Well, lazy people will always try to find a way to do the same job in less time and with even less effort. However, upper management don’t usually appreciate this sort of thing so most of these people try to hide what they have done and act like they are working like everybody else. Although many of these are quite creative and ingenious people.

It’s no wonder a curious Reddit user wanted to ask the all important question. “There is a well known saying that goes “Always give the hardest job to the laziest person because they will find the easiest way to do it” what is the best real-life example to this you have seen?” So we have quite a few of the best responses. And you can read them for yourself by scrolling below.

#1 He just had to prove everyone wrong, and it worked out. 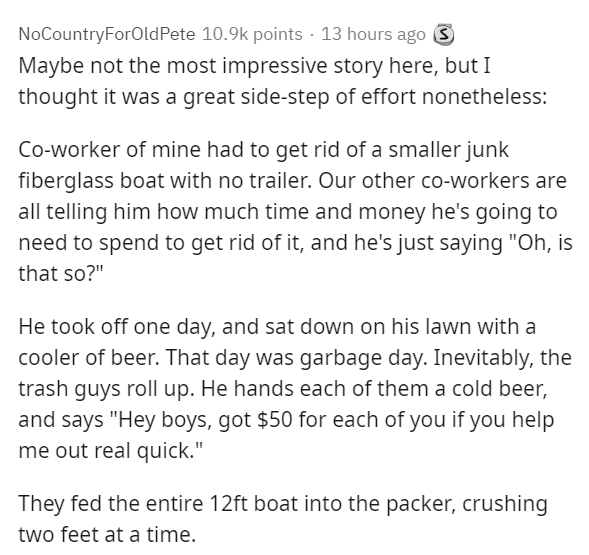 #2 That is one creative way to temporarily solve something. 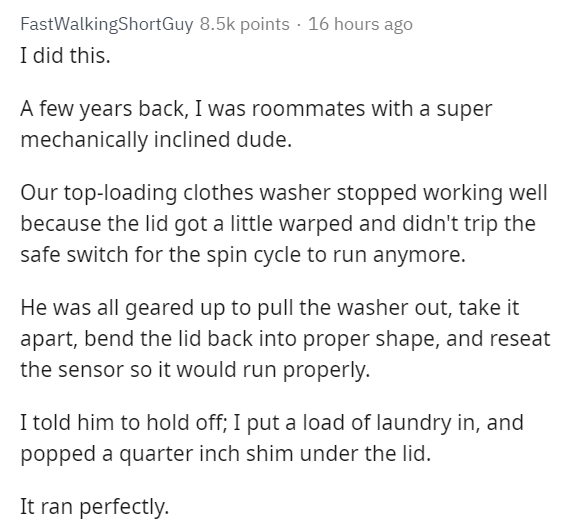 #3 Now if only I knew how to use chopsticks.

#4 Couldn’t they have just searched it on the Internet? 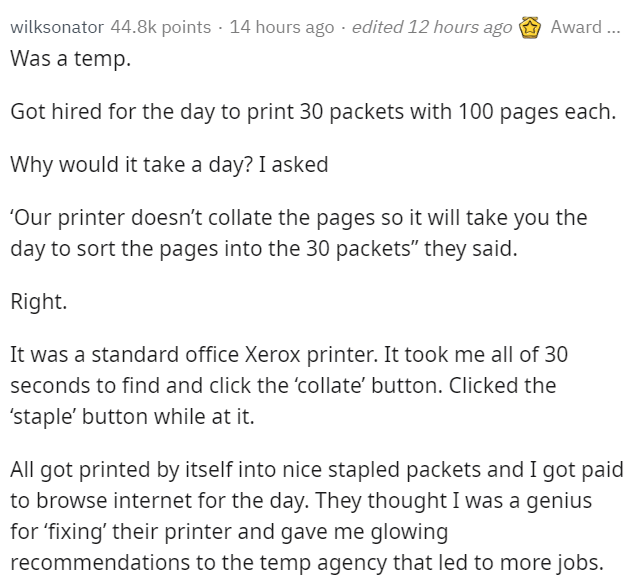 I did this once but backwards.

I was giving my first exam as a teacher, and it was about 15 pages or so. Printed it up, walked into class and went to hand it out. Wait a minute, these aren’t in order….

Had to extend the class an extra 15 minutes since it took so long to get them sorted. –s-that-a-thing-now

#5 Sometimes the easiest answer is staring at you right in the face. 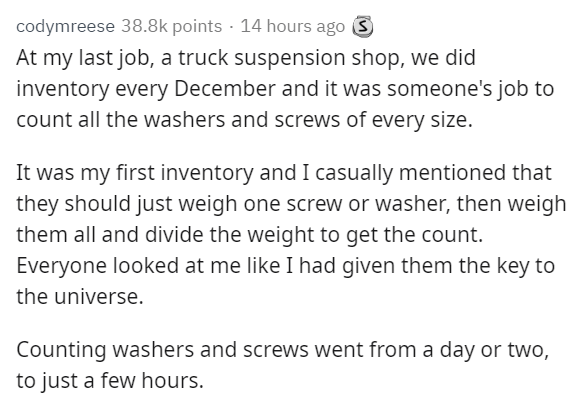 #6 I feel bad for the older lady now. 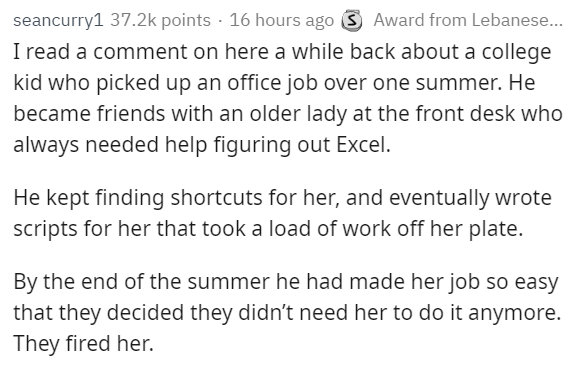 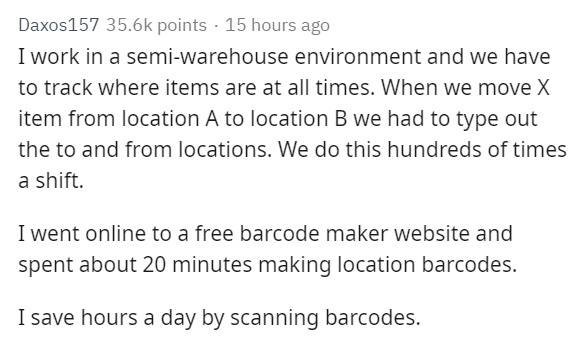 I did something like that when I worked at a film rental store. The computers made you sign back in after something like 15 seconds of inactivity. It was so unproductive. After a week or 2 on the job I bought some stickers and printed barcodes onto the back of my id badge. One barcode had my id, the other had my password. I could scan them both in a second or two. I avoided telling my boss because I didn’t want to get in trouble, but eventually he found out, and when he did, he had me print barcodes for everyone.

Just thinking about that computer system makes me mad, and it’s been over a decade. –Roquer

#8 I mean this should be normal no? 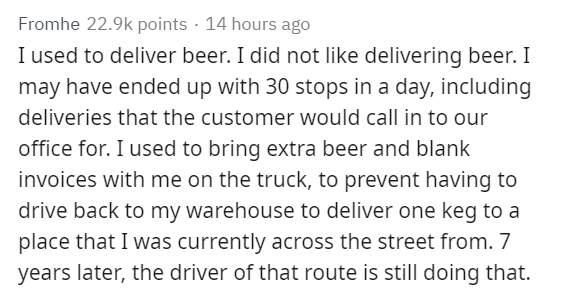 #9 Why would you let your bosses know? They will only cut your pay. 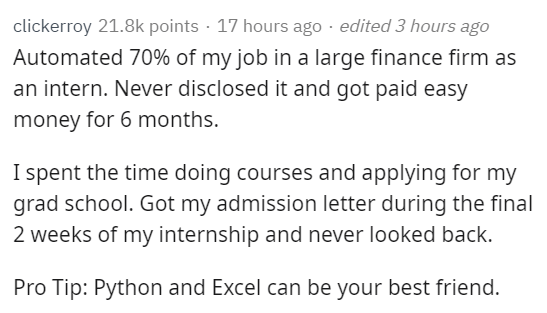 #10 Many people still do this actually. 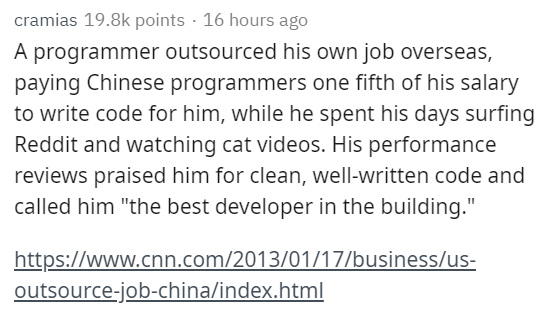 #11 It might be wrong, but it sure is creative. 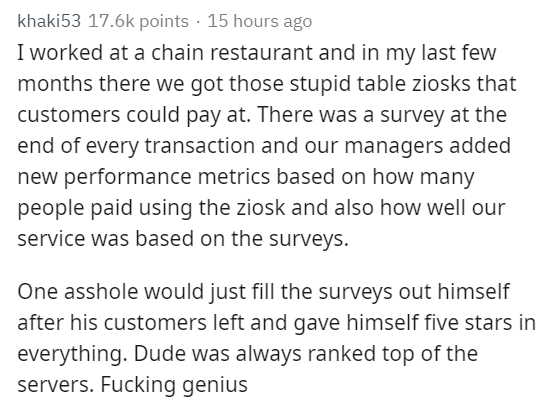 #12 And how did he know this particular person was lazy? 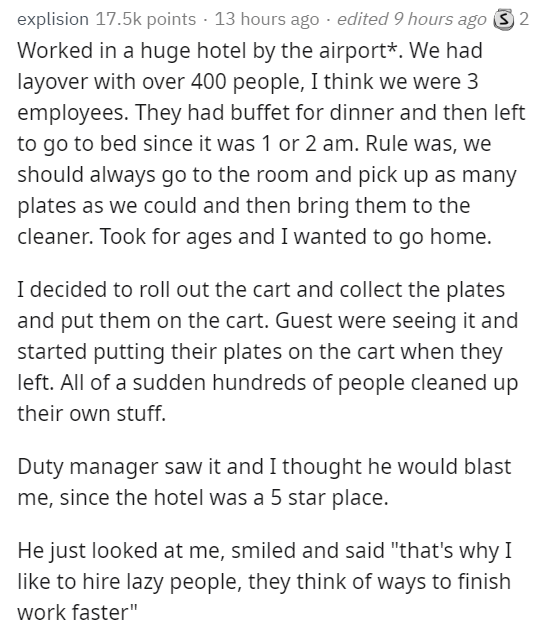 #13 Everyone should do this because babies love making a mess. 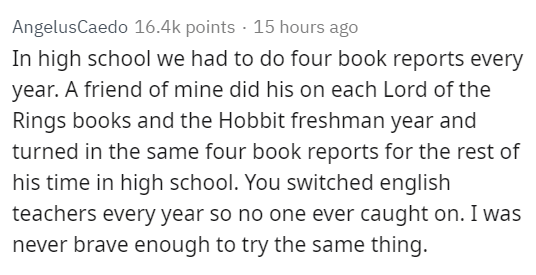 #15 That isn’t okay at all, and he deserved to get a pay cut after the fact. 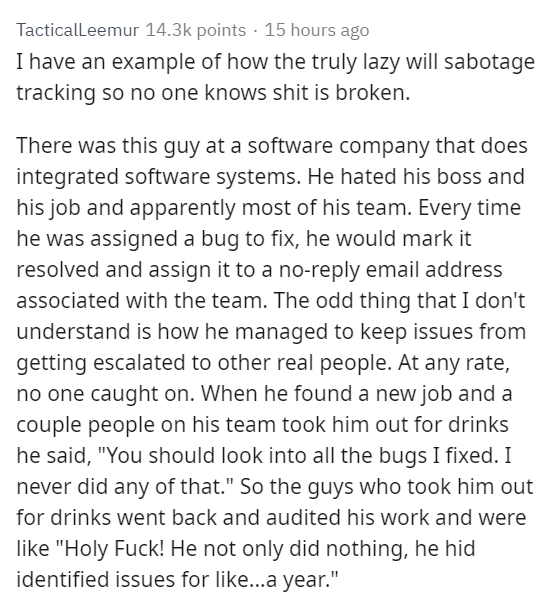 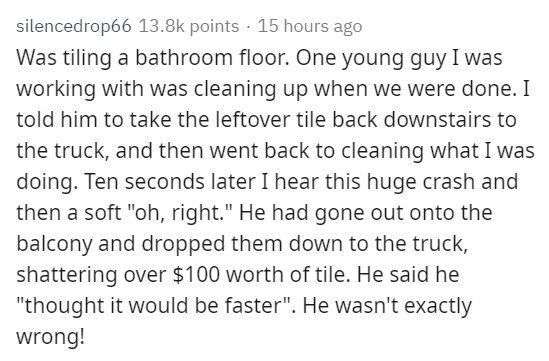 #17 Does he know that is basically a calculator as well? 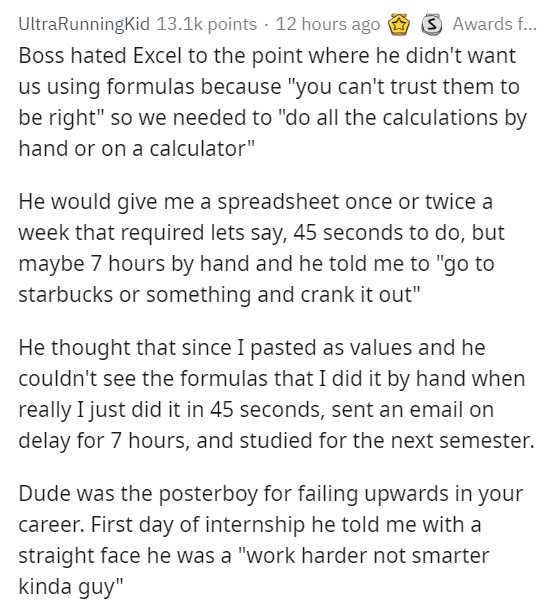 #19 If they had only asked the workers for their input first. 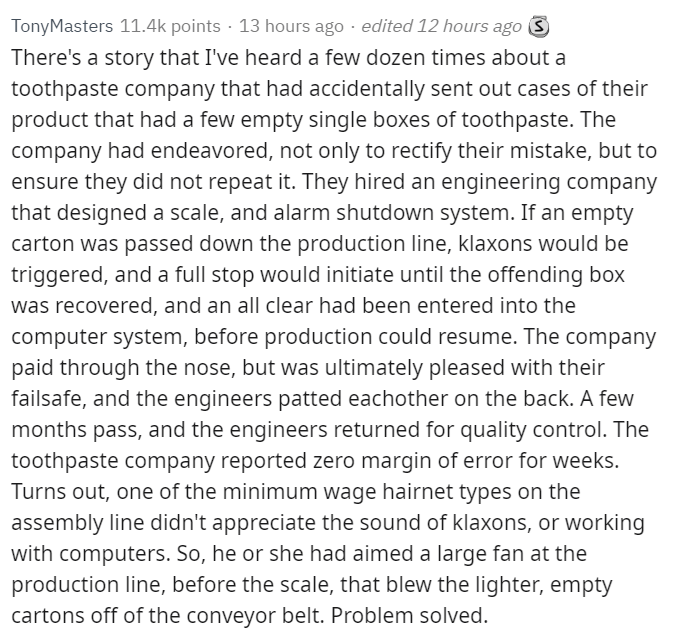 Have you ever done something similar to this? If so we would love to hear your story in the comment section below.