This guy really did lose his marbles.

I don’t have a nicer way to put it since this guy really went all crazy on the text. We have all seen many instances where nice guys start being rude after being rejected or when someone is not paying them enough attention but this one takes the cake. There are nice guys and then there is him.

Not only is he incredibly full of himself to the point you start to doubt whether he is really serious but he also loves to contradict himself when he is berating women. If I didn’t know any better, I’d say we have found the representative of all the nice guys. I would love to say that I am over exaggerating but you’ll see once you scroll on below and take a look at the texts for yourself.

I can see no clear reason as to why this girl rejected this stud. 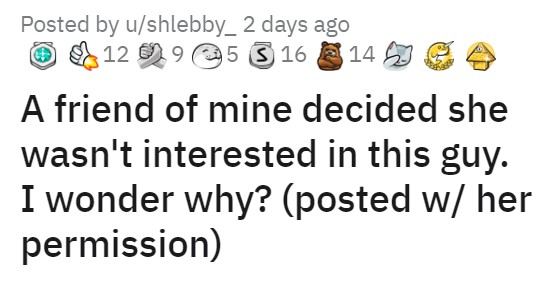 I have no idea what happened before this but he is already coming off a bit pushy. 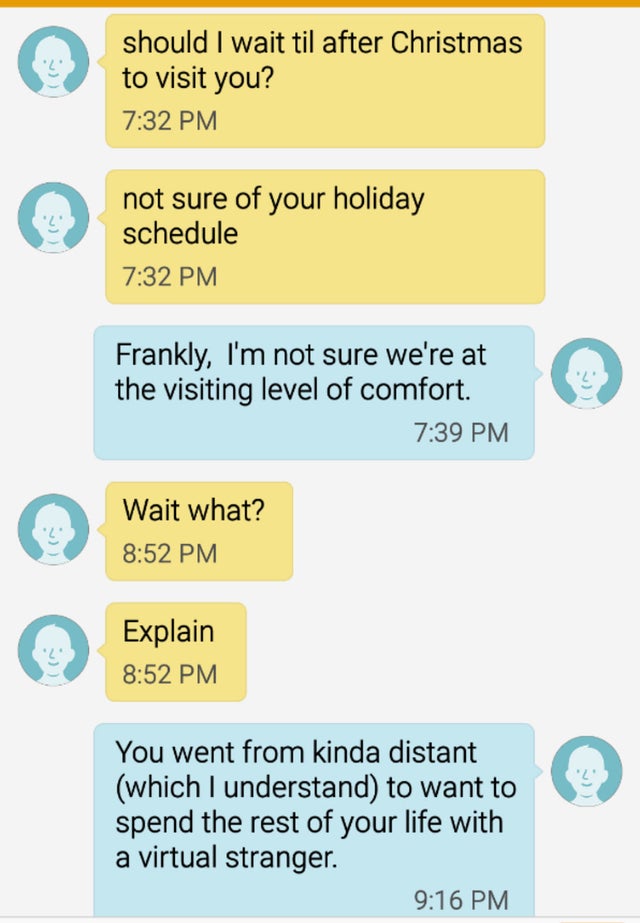 So when she calmly explains why she is not interested, a button gets pushed. 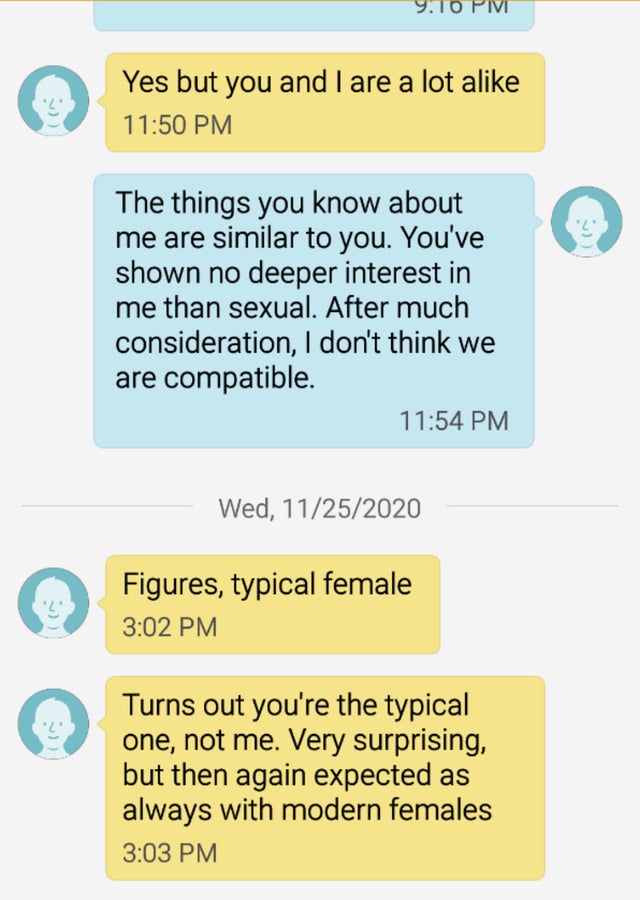 And he basically goes off. 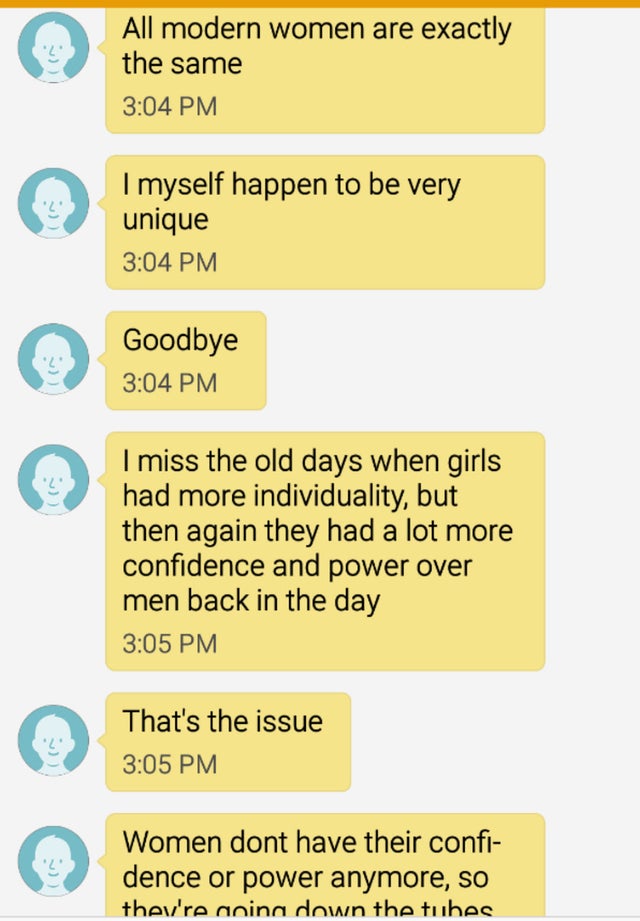 Not to make a joke out of mental health but he seriously needs help. 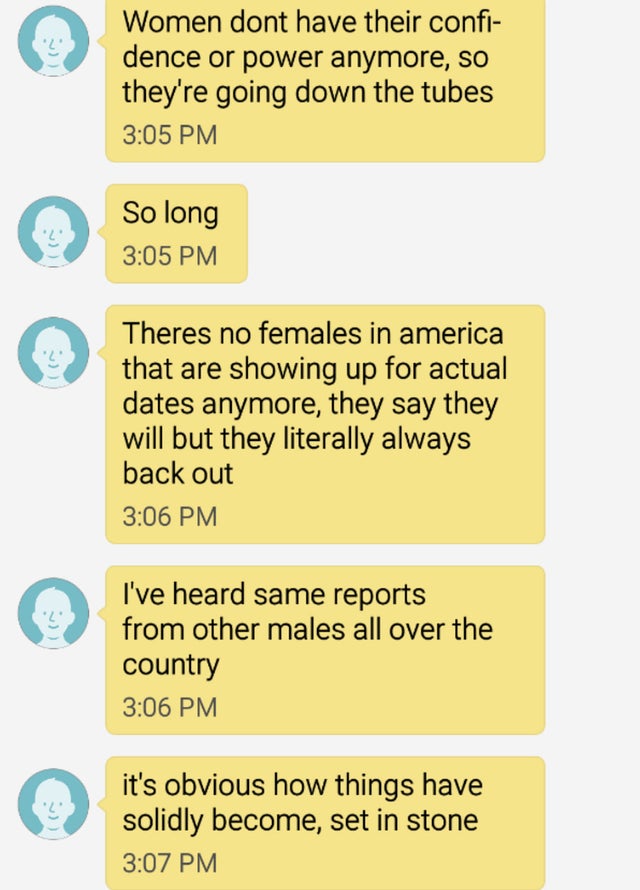 What does the birth rate have to do with anything in this conversation? 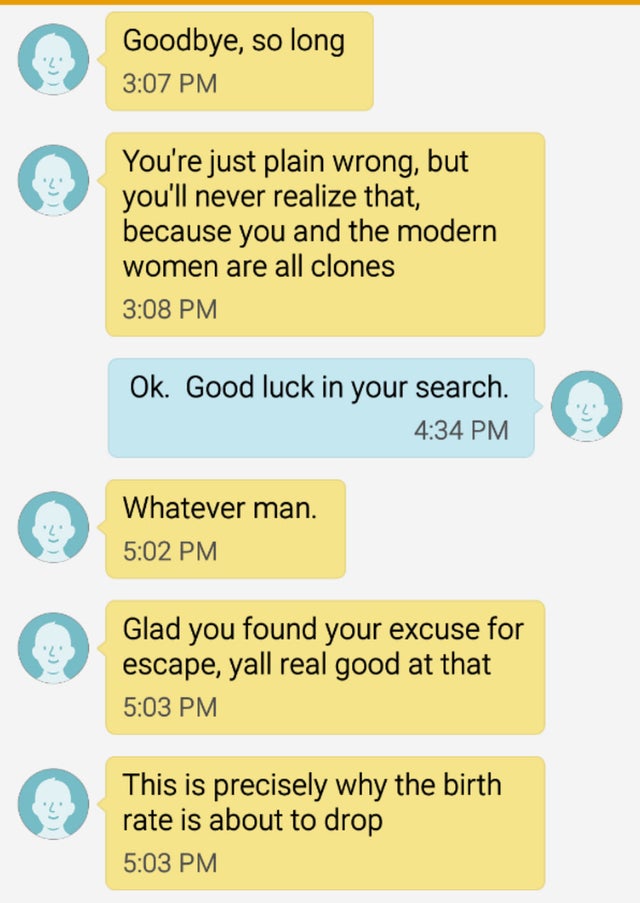 And now he continues to tell her how good of a catch he really is. 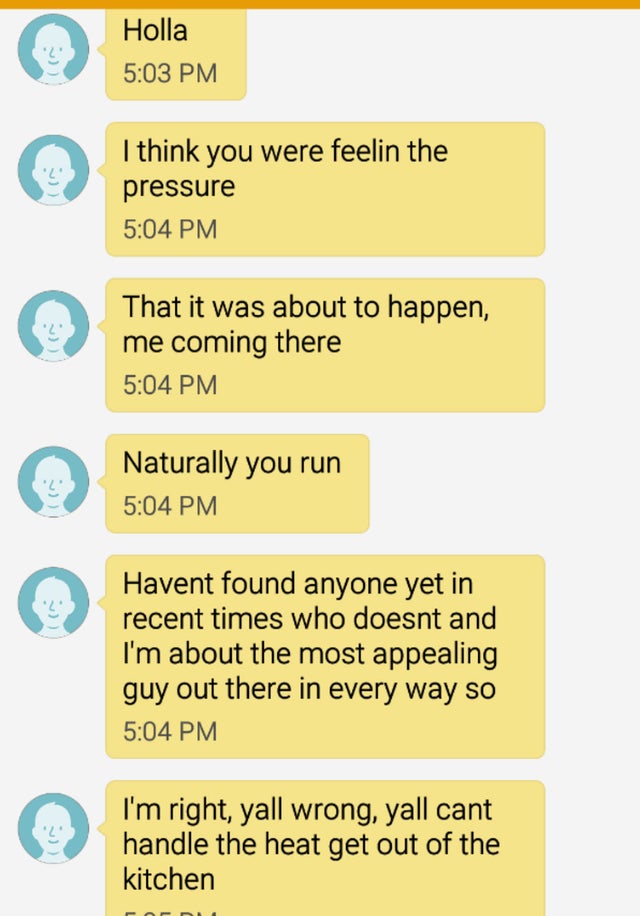 I don’t know about but there is nothing I find more handsome than a narcissistic unstable guy. 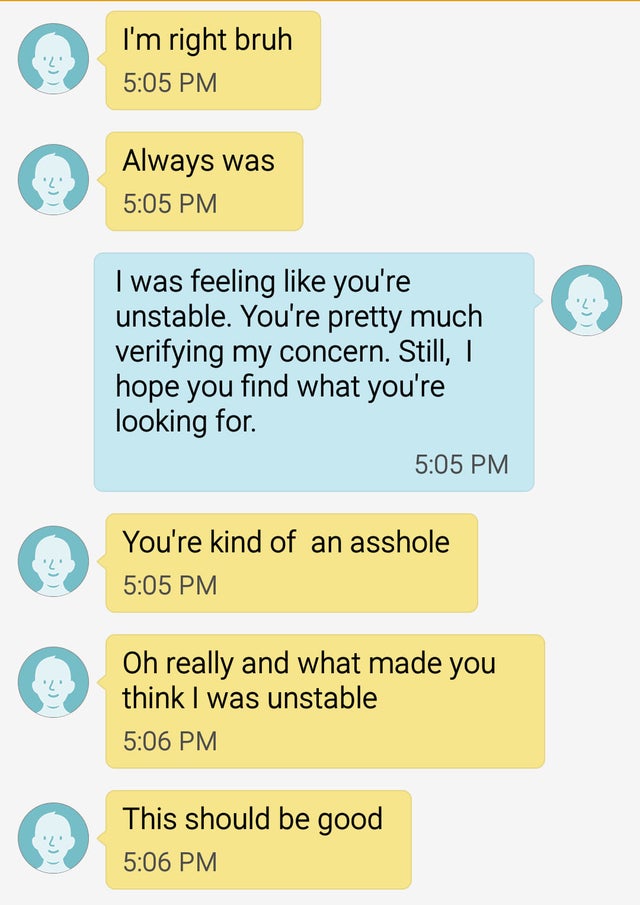 Apparently now he wants her to change for him? 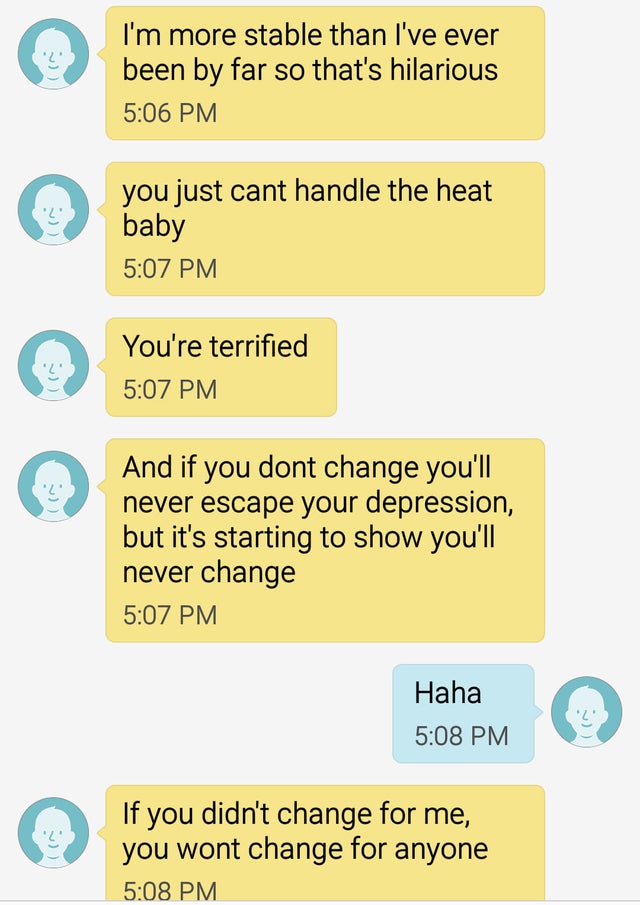 I have no idea what this guy is even talking about now. 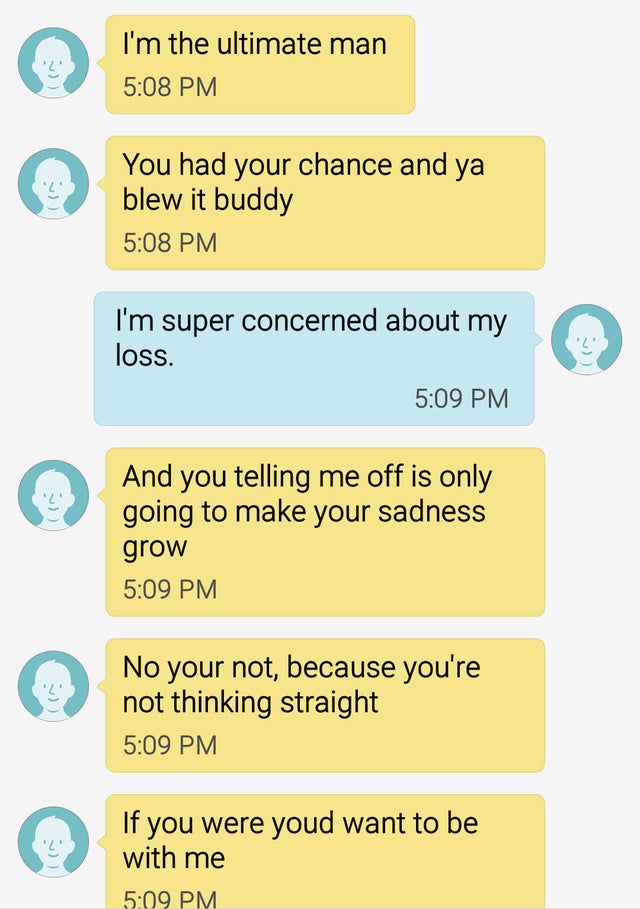 So he also has the ‘I hate all women’ mentality. What a catch indeed. 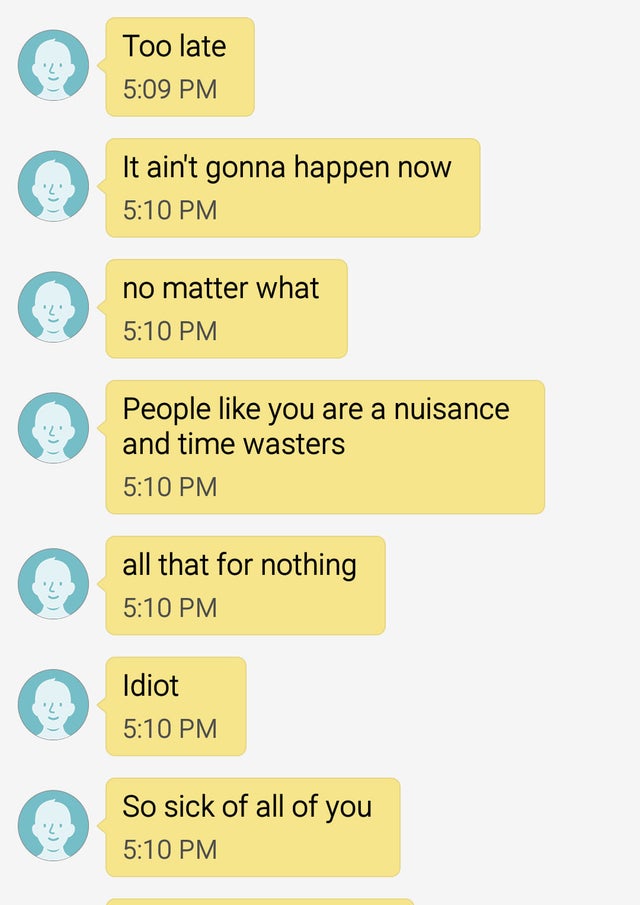 Whoever ends up dating this guy is gonna regret it. 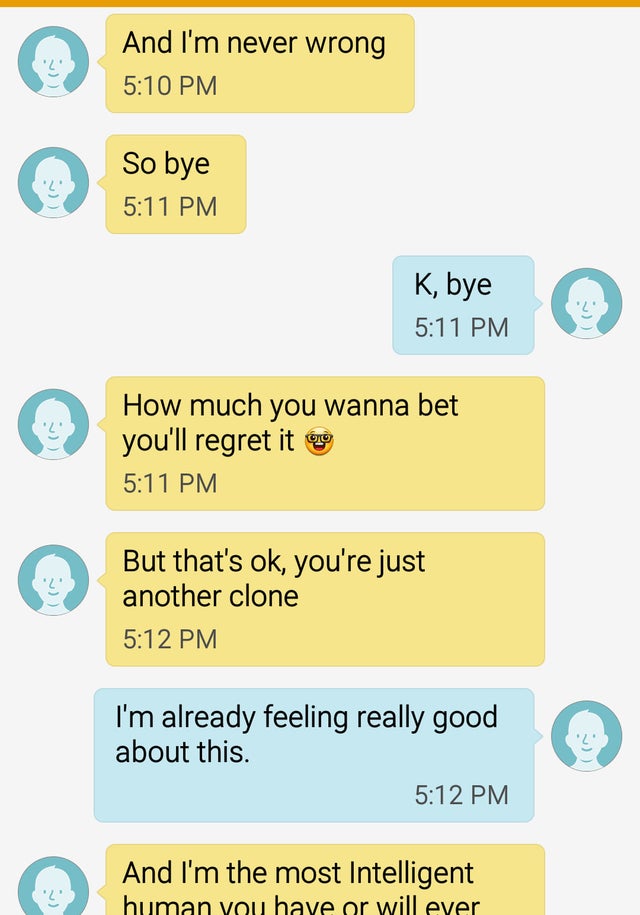 This sounds like those motivational speeches people do in the mirror. 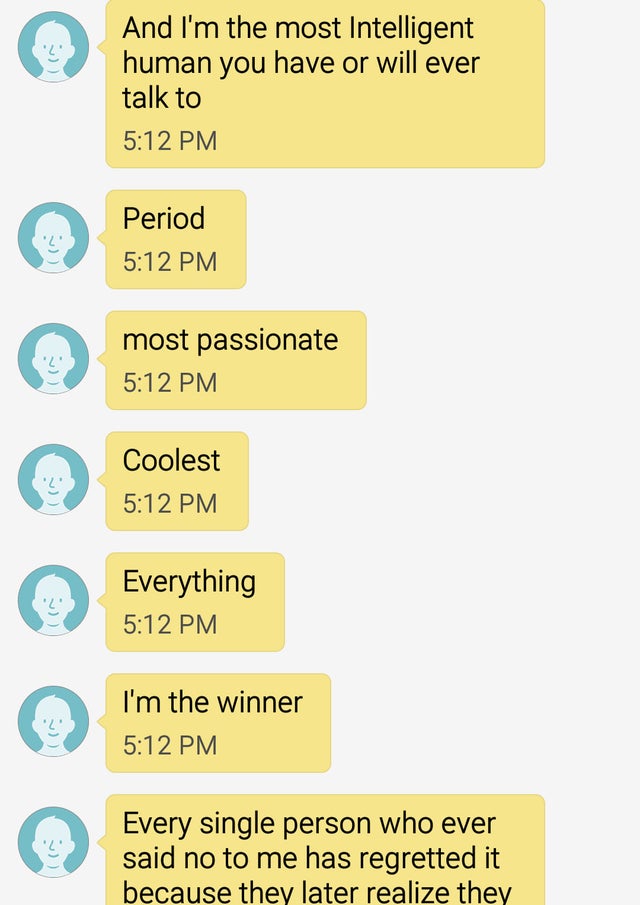 And yet he has never sounded so insecure. 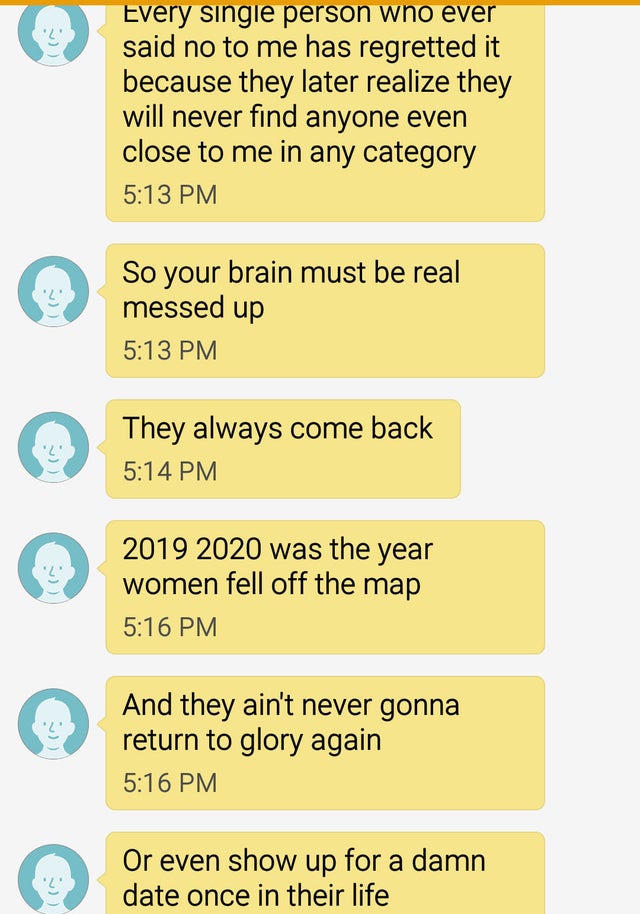 So what he is saying is women shouldn’t be terrified of crazy guys like him? Makes sense. 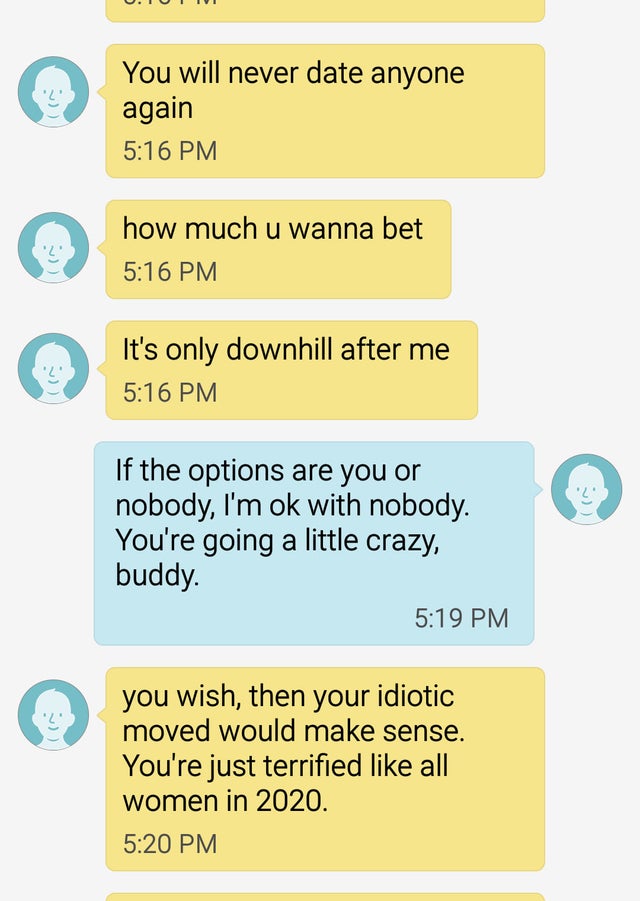 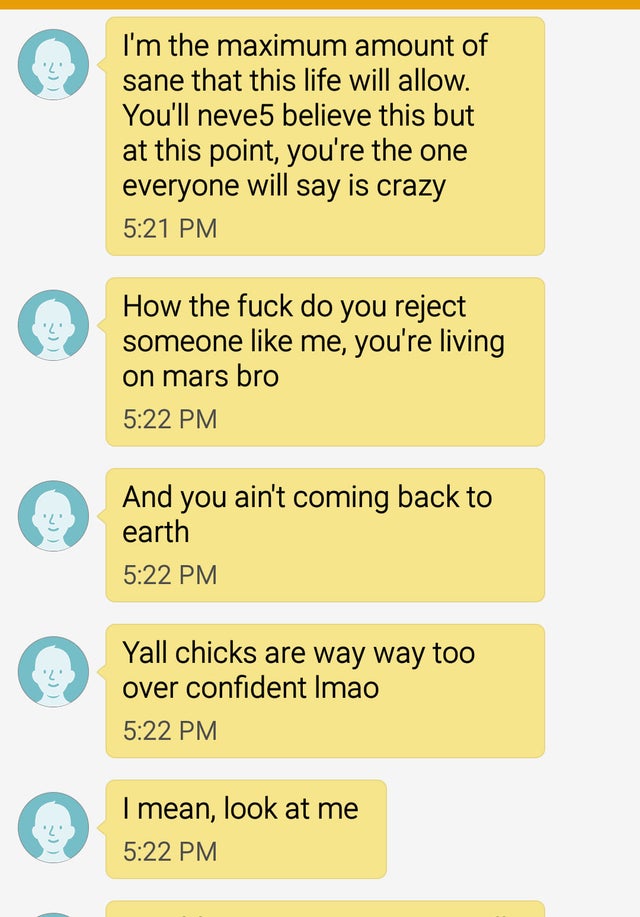 He starts off saying women lost all confidence and then goes on to say women are way too confident these days. –WhozYourDaddy69

Not he is just describing himself. 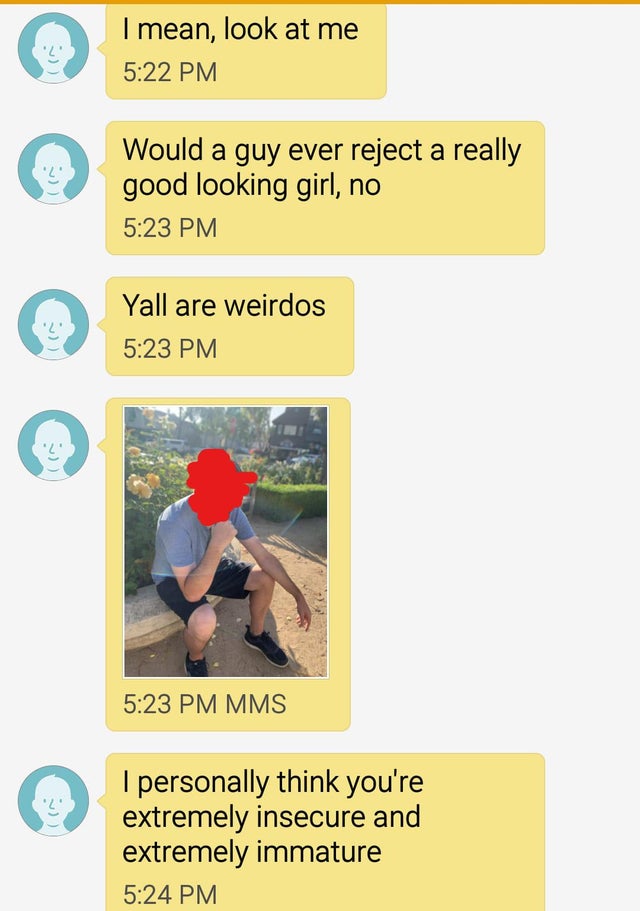 This has to be a kid trolling her. If not I have lost faith in humanity. 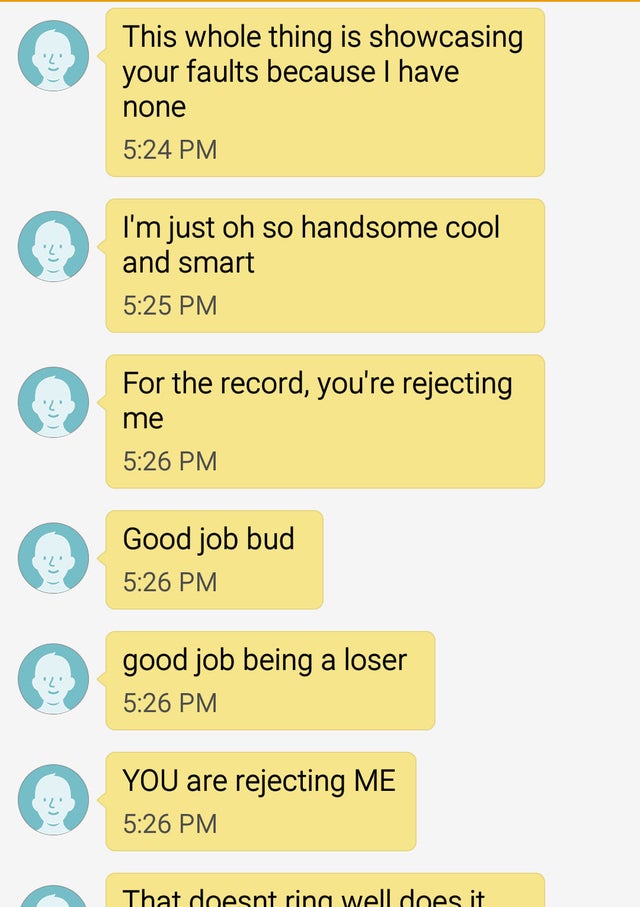 In all seriousness, this person is delusional to the point he’s probably mentally ill. He contradicted himself like 6 times throughout just the 20 that I saw. I am really sorry that your friend had to endure this lunatics company and I hope he finds the help he needs. Hopefully far away from you two.

I am not going to lie, he is fascinating but in a bad way. 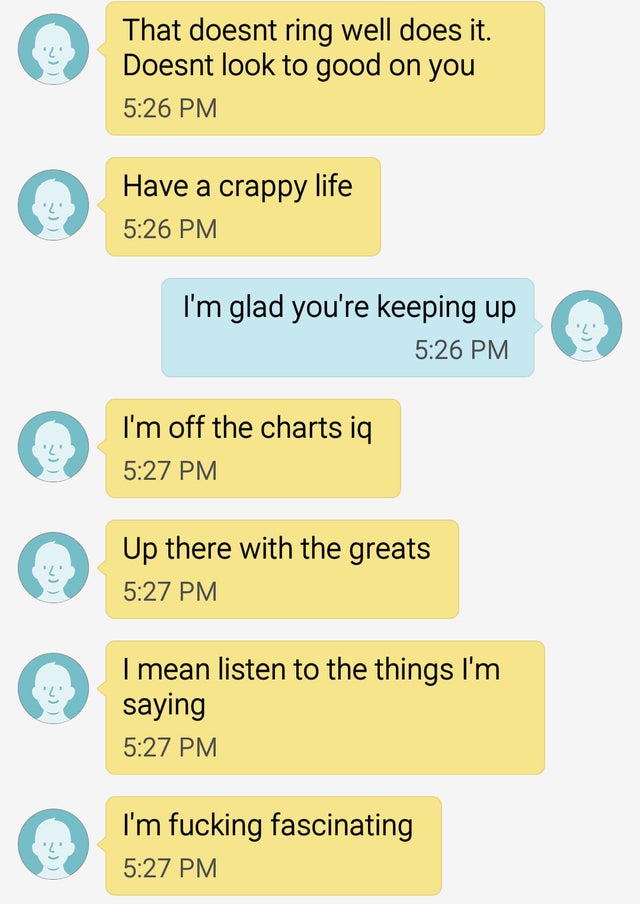 Where is he? In high school? Who talks about the cool table when they are an adult? 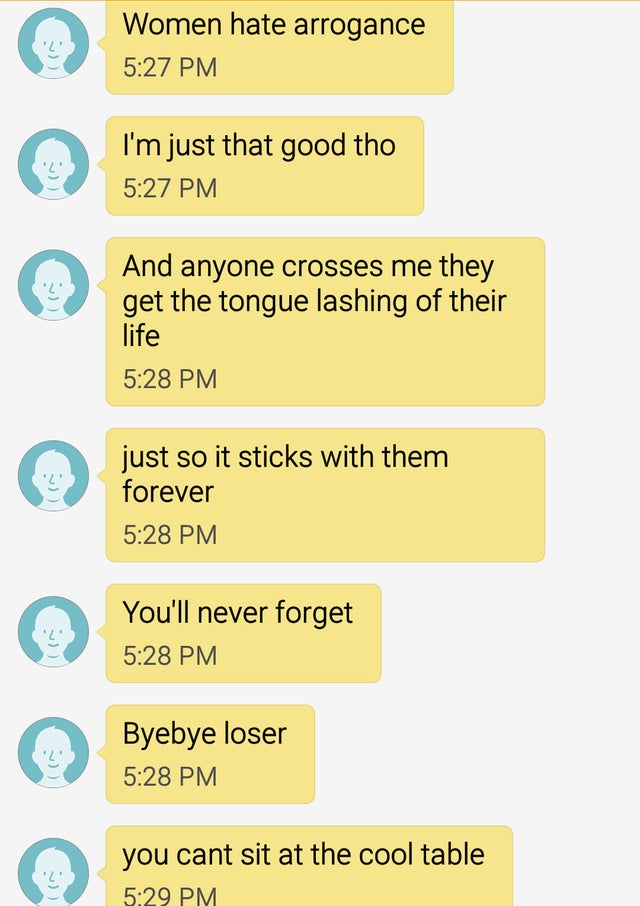 What do you think about these text messages? Have you ever met someone similar? If so let us know in the comments below.