Every cat deserves a loving home.

Whether they are old, injured, or just a kitten. Many people prefer to adopt an adorable little kitten rather than providing a home to the ones who really need it. There are so many shelters that are filled to the brim with old strays or even black cats that nobody wants. And it is truly heartbreaking to see.

However, that is exactly why today we are taking a look at some of the most interesting and heartwarming cat adoption stories. These will surely make you wanna get out and help a cat in need as soon as possible. Just look at how these kitties have flourished from looking malnourished to healthy as can be.

#1 A truly majestic cat with a beautiful blep. 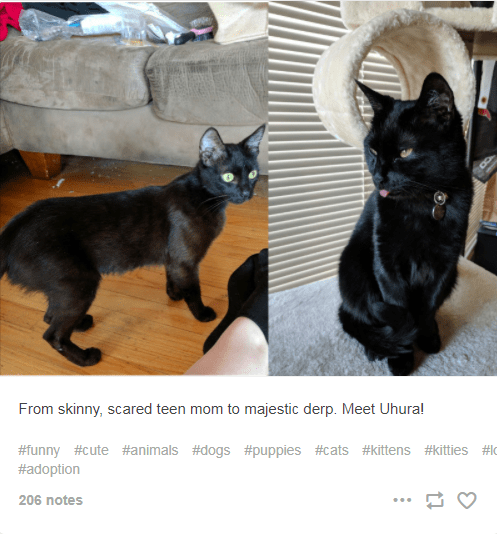 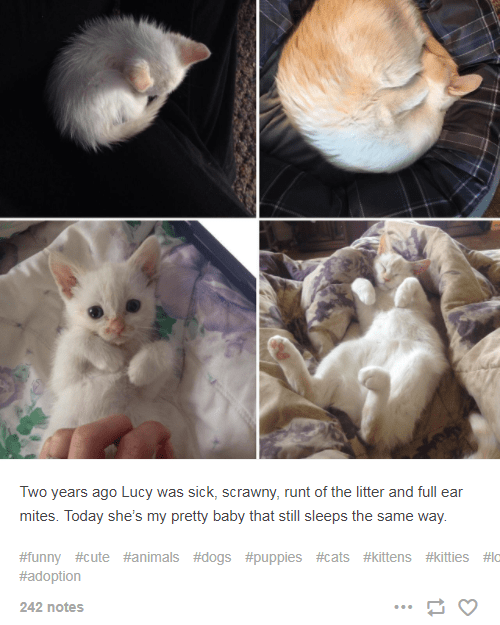 #3 These two babies deserve to be together and happy. 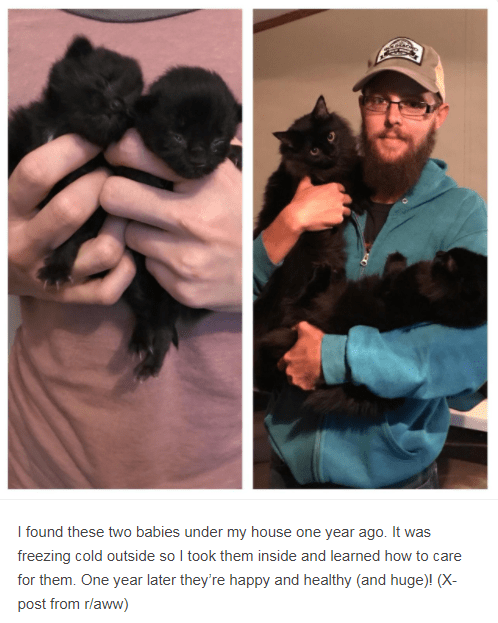 #4 Such an adorable kitty. How could someone abandon her? 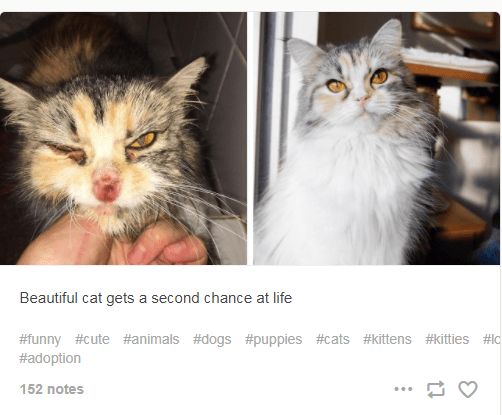 #5 And he has many butlers that take care of him now. 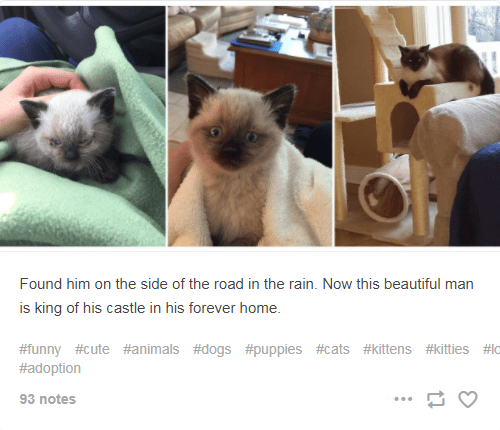 #6 Look at how excited he is to be here! 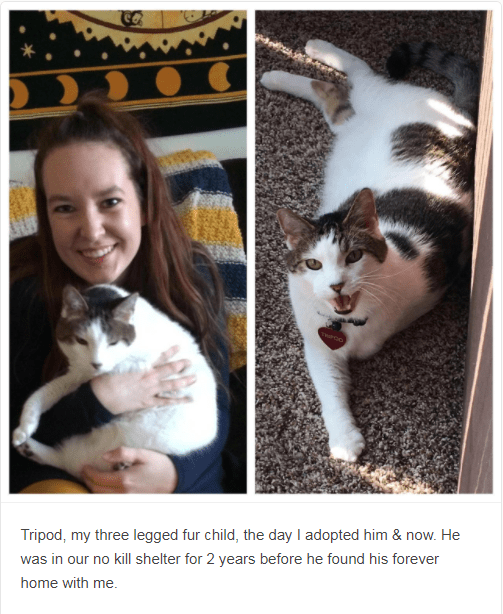 #7 Every cat deserves a chance at happiness. 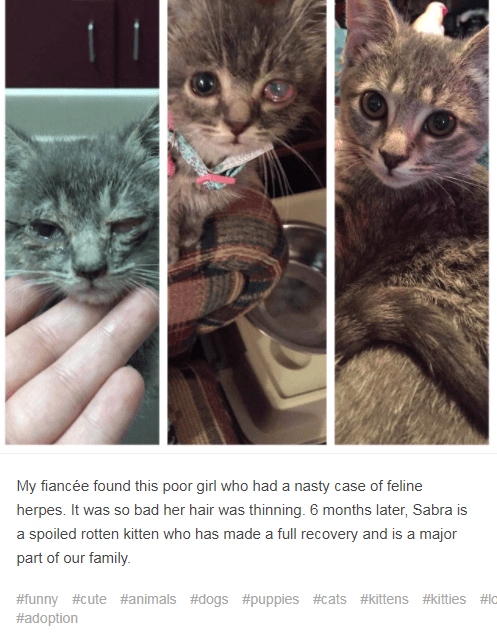 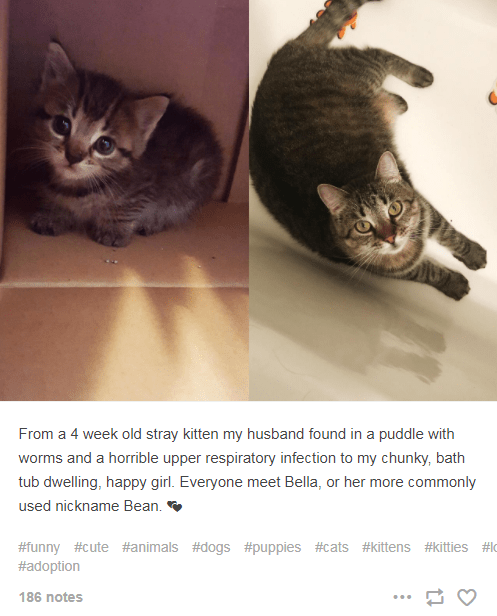 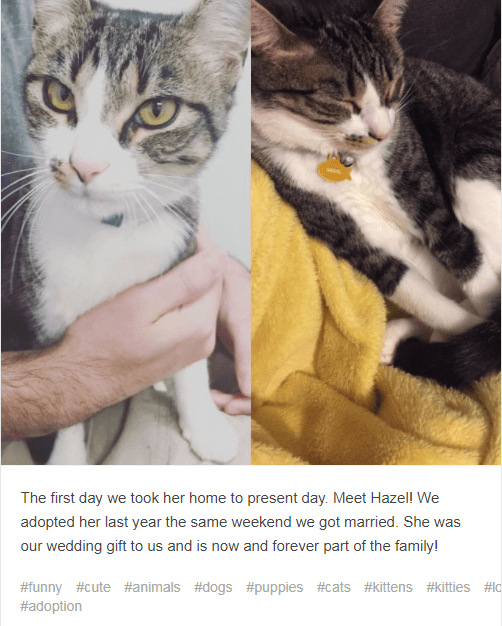 #10 Just look at that adorable smile on his face! 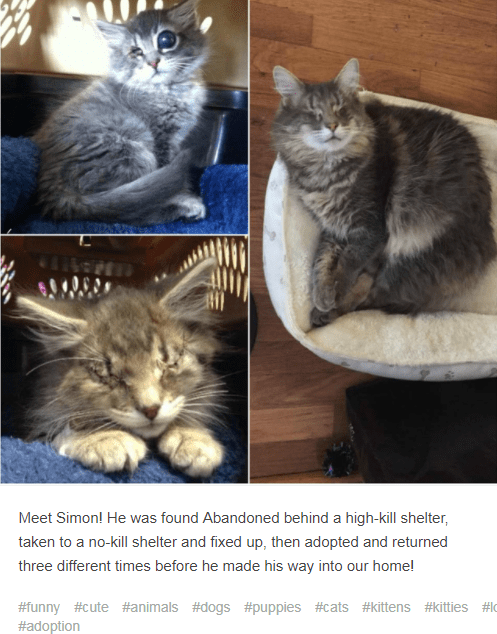 #11 The change is astonishing. 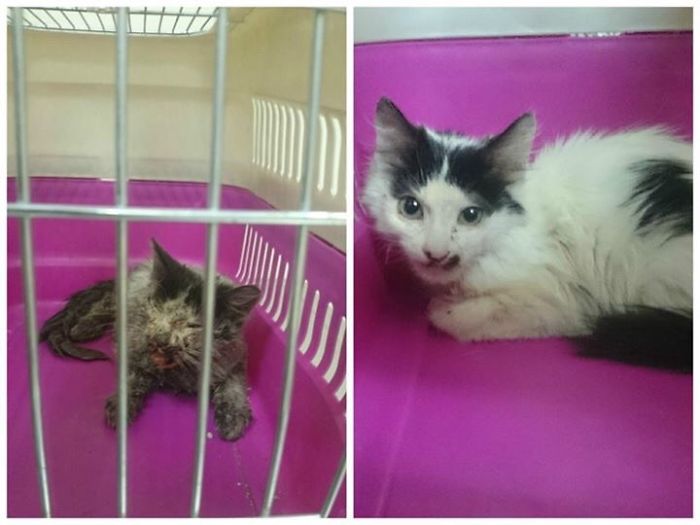 She Was Sick And Dying My Friend Helped Her And Took Her To The Vet And Now Here She Is.

Tapers Was Begging For Food In The Streets. A Year Later He Looks Much Better.

#13 No need for stitches anymore. 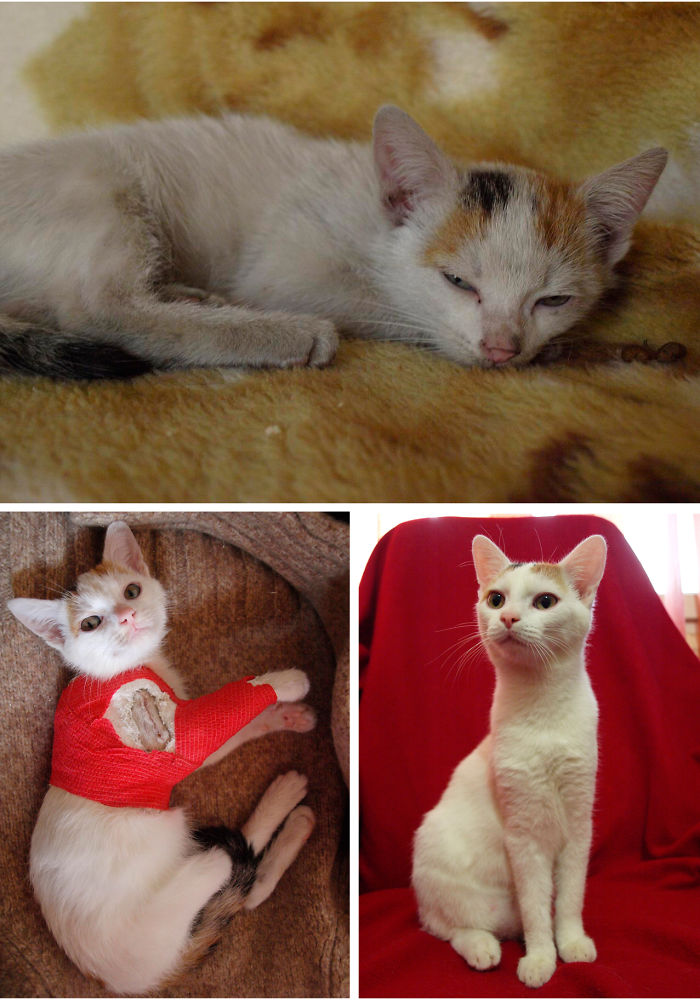 #14 He is definitely plotting something in the second picture. 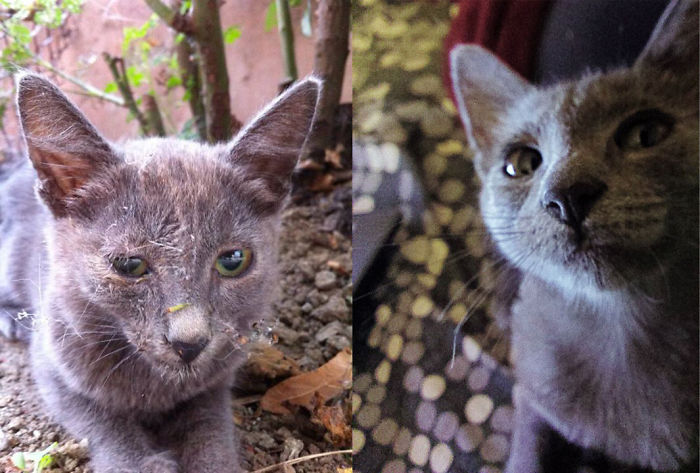 Bella, Before And After. At Two Month And Now – At Ten. Extremely Happy!

#15 He looks more like a statue than an actual cat. 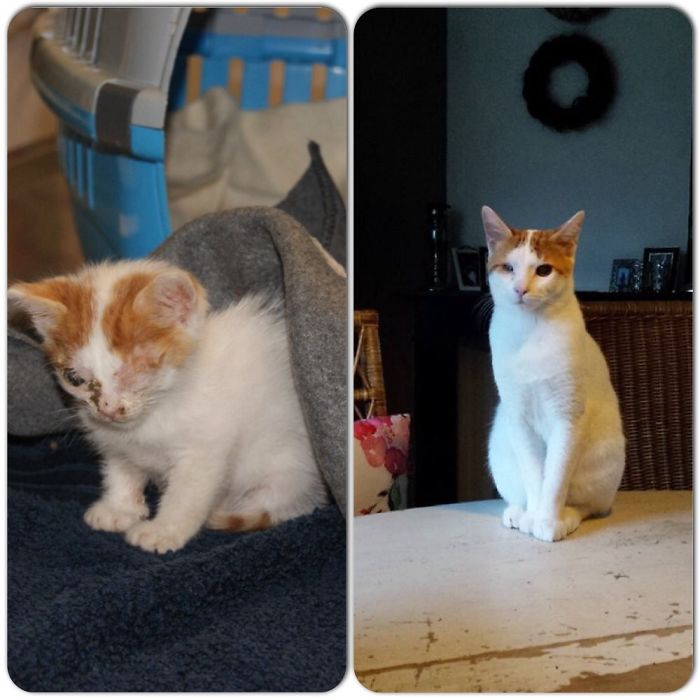 My Cat Ilja Was Abandoned And Rescued. He’s One Year Old Now And Very Happy In His Forever Home.

#16 With elf ears and everything.

Legolas, When He Was Rescued From The Street And One Year Later 🙂 Real Elf 🙂

#17 Only one eye but beautiful nonetheless. 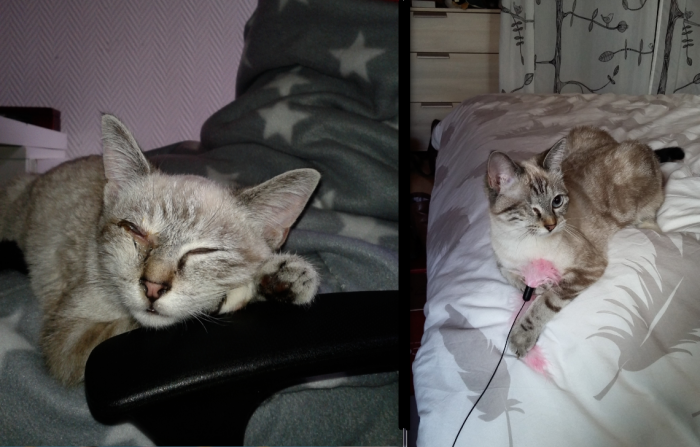 Gaïa Just After We Took Her From A Rescue Centre Suffering A Cat Disease And Then 6 Month Later.

#18 So much more healthy in the after photo.

#19 He looks so sad in the before photo.

Tiny Persian Cat The Day She Was Found And In Her New Home. 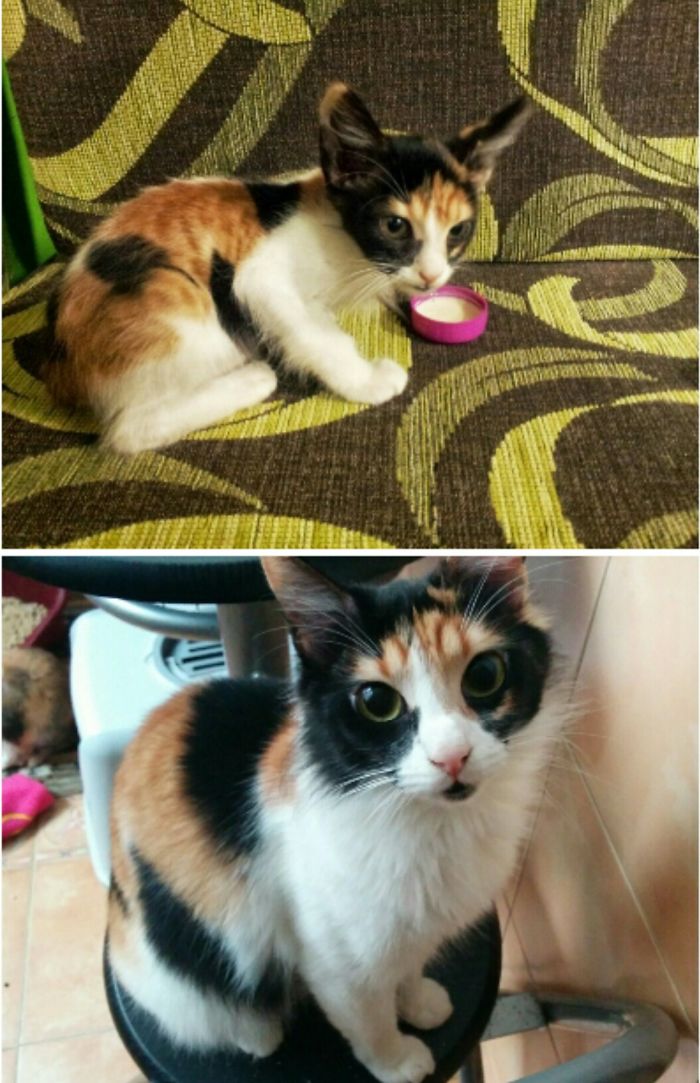 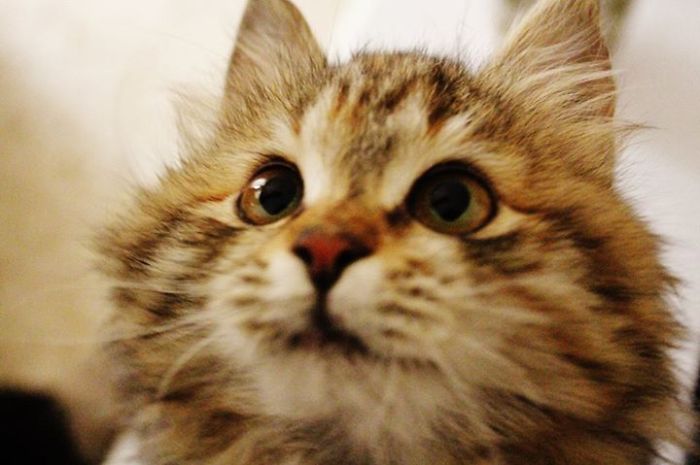 We Found Her Covered In Dirt And Oil. Today She’s The Happiest Cat Ever. 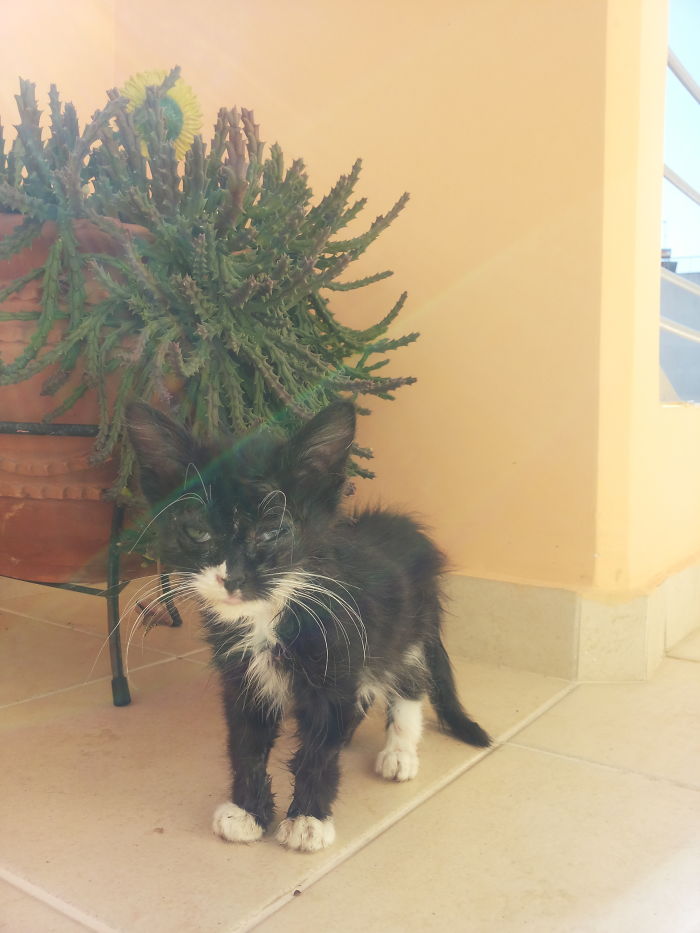 Nerito 2 Days After We Found Him Under A Car.

#23 Nerito has flourished in just a year. 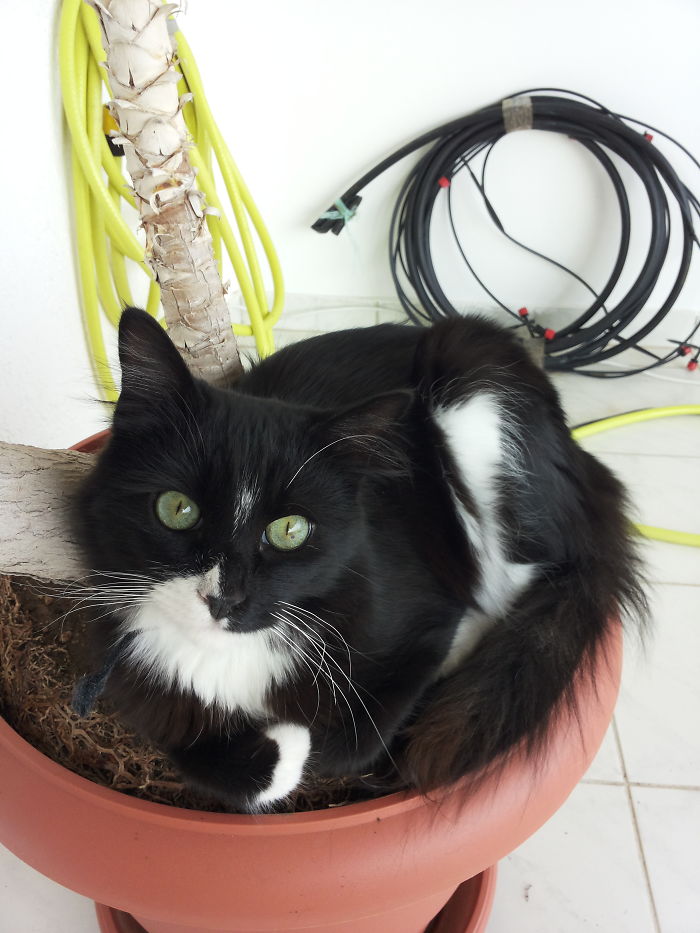 #24 Just look at the difference between the time frame! 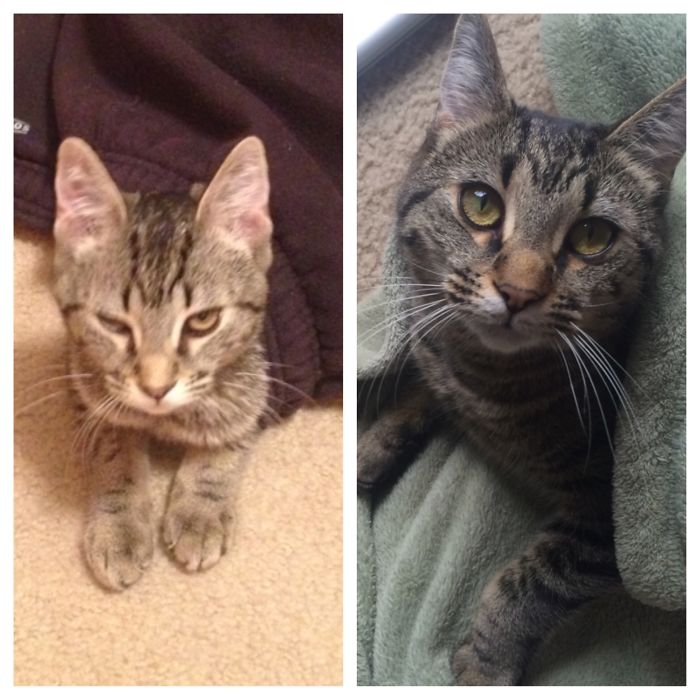 Sweetie Was Abandoned For Being “too Vocal”. I Just Say She’s A Great Communicator!

#26 Now he has his own couch to lounge around on. 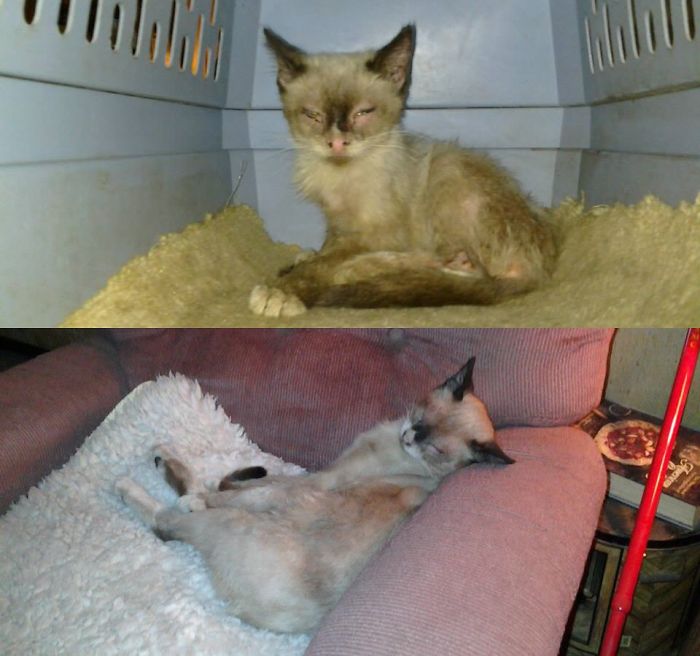 Sunshine Was Abandoned And Found With Infected Eyes, Matted And Flea Infested Fur. 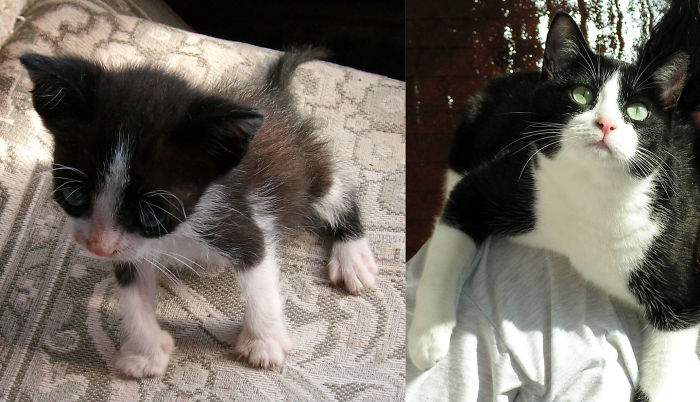 Bubo, The Day We’ve Found Her In A Petshop (she Was Brought There By Someone), And Today.

Gabby And 15 Other Severely Malnourished Dying Kitties Rescued From Being Dog Bait. Sweet Gabby is just one of the many kitties that I have rescued from dangerous situations and found wonderful homes for!

#29 He also found his favorite toy. 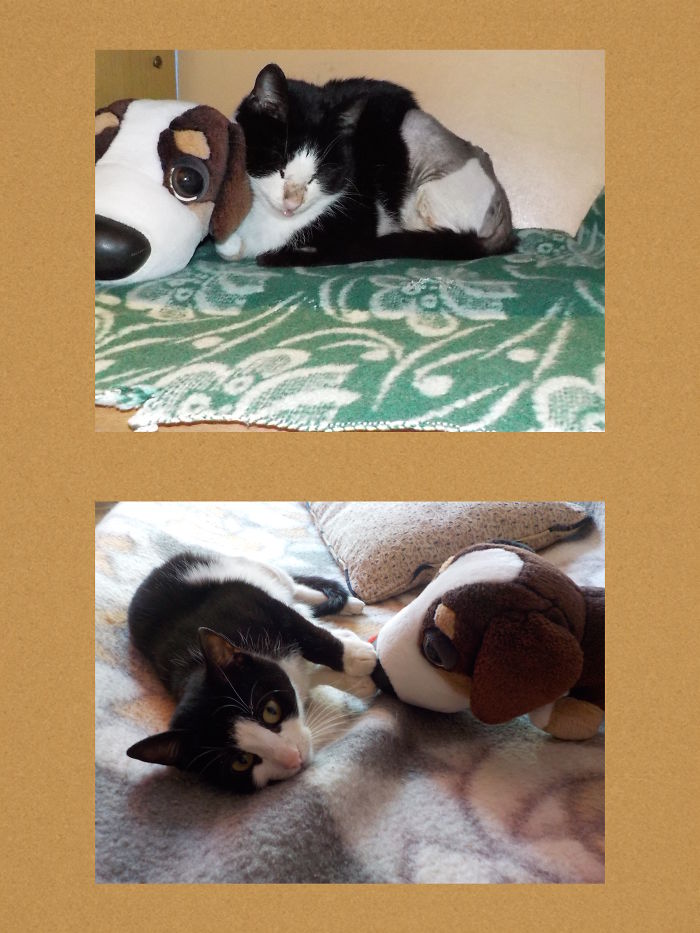 Tara, Found With A Badly Broken Pelvis, Draggind Her Leg. 3 Months Later She Walks On 4 Legs.

#30 He looks very skeletal in the first picture. 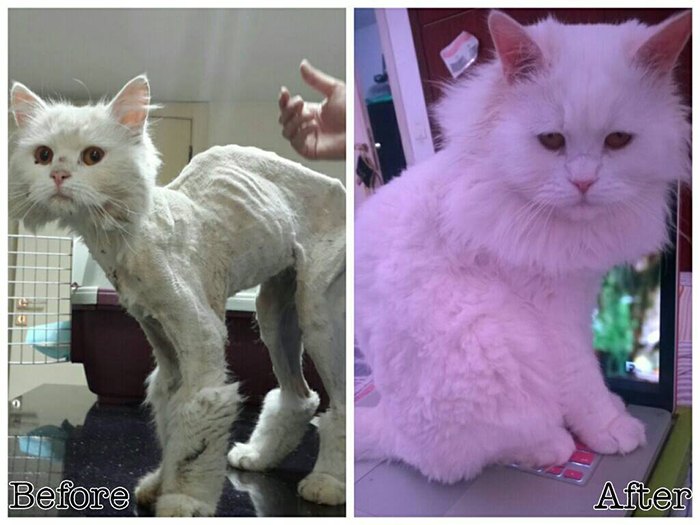 Percy Was Dumped By His Guardians, Now Getting The Love He Deserves In His New Forever Home.

Have you ever rescued a cat? If so what is your story? Why not let us know in the comments below. And don’t forget to share with others so they appreciate the transformations as well.