Discovering our tiny fellows living and feeding on some of our favorite veggies is no surprise. We often buy vegetables and fruits from the store, bring them home and as we chop them up for meal preparation we are greeted by these teensy-weensy buddies living in our food. Technically, if you accidentally eat a caterpillar, (of course, no one will eat it deliberately except if you are Bear Grylls) it isn’t that harmful because it’s essentially just protein. But some may be poisonous too, however, since they are so small they don’t have any effect on the human body. So, you’re just basically eating some proteins that taste bitter especially if they are bright and light in color. Anyways, why eat them in the first place?

On an encounter with our little residents of the veggie town, our normal behavior is to discard that particular piece of vegetable and move one to the next one. Literally move on. But this one guy couldn’t. He took the whole situation to another level and honestly we aren’t even mad. Sam Darlaston who is also a radio presenter at the Kiss Fm UK recently became a caterpillar dad when he found a bunch of caterpillars in the broccoli he bought. In a twitter thread he took his followers on a beautiful educational journey about the life of a caterpillar. Scroll down and read what he had to say.

There aren’t many broccoli fans out there so this one seems like a well raised boy.

Cedric sounds like a fun name for a caterpillar.

Hey @Tesco I was about to cook my favourite vegetable of all time (broccoli) and after unwrapping it, to my surprise, found caterpillars inside! They’re really nice and we’ve ended up keeping one as a pet and naming him. but just as a heads up, some of your broc has c-pillars😳🐛 pic.twitter.com/3VLIQAEogG

Are you kidding me?

OH MY CHRIST. Just bought another broc and before I’ve even opened it I can see caterpillars 😭🐛 pic.twitter.com/xUBFmuiT5B

“DJ Khaled: ANOTHER ONE”

DJ Khaled: ANOTHER ONE gif pic.twitter.com/k6EUDGHaXB

The babies are making progress.

The OG caterpillar Cedric has begun evolving… is Caterpie is about to become Metapod 😮 pic.twitter.com/sRRXnrR3qs

Life is not easy. Only after a hard time and difficulty do we fully evolve.

Someone is learning new skills we guess.

Also, a closer look at Cedric who is now 30 hours into his chrysalis stage – now fully renamed Metapod until he elvolves into butterfree 🦋 pic.twitter.com/Ryx4jVjgxf

Mum is scared and the caterpillar’s got a huge appetite. That’s a hysterical mess.

One of the baby caterpillar thinks food is a toy.

Honestly Tesco, look how much Janine the caterpillar EATS!? I think you need to provide more 55p broccoli gift cards for her pic.twitter.com/sruvjcMtkO

Babies are growing up fast.

Six out of seven grew up fast.

Final update of the day… we’ve now got 3 cocoon / chrysalis, they grow up so fast 😭🐛 pic.twitter.com/AZIJMvOYnI

It’s time for a picture!

Would ya’ look at the beautiful butterfly?

A now and then picture is mandatory.

Starting the new chapter of their life. Darlaston is a proud dad.

Every little, quite literally, does help ! Thanks @Tesco 🐛🦋 pic.twitter.com/DOuHLJE2YA

3/7 of the Tesco broccoli caterpillars are now wild butterflies 😭, this morning Janine joined Cedric and Slim Eric for her new life ✌️🥦🦋 (thought she’d at least say bye but she just bolted) pic.twitter.com/ZxggmWc6VP

Little did Sam know the broccoli he bought would change his life forever. Now, he has 3 new best friends.

Ah! What a beautiful story of a man and his best friends—the butterflies. Life is so unpredictable.You never know what blessings await as you move forward. Life is an adventure, so live it like one. Break free from your cocoon and explore the world. It has so much to offer. You never know where you may find a caterpillar that would join in on your journey of life. Just explore and survive.

Let us know what you think of Sam’s caterpillars and also tell us whether you would adopt one if it came out of your broccoli. Leave a comment below and share your thoughts with us. 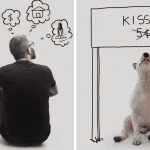 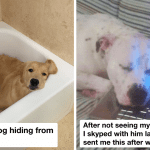 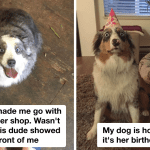 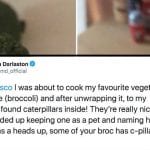 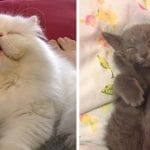