From the numerous stories we have read on the internet about entitled people, what I have gathered is that being entitled doesn’t mean you have more than one brain cell. Perhaps these people have very bad anger management issues but even that is stretching the truth a bit. From what I can see they think they deserve for the world to be handed to them for free while they sit there and bark orders.

At least that applies to this particular experience. You see food is not free and when you go to a restaurant with 15 kids, be prepared to fork a lot of money. Children aren’t good with money and that means, they will order whatever they are in the mood for without thinking about the price. So it is always better for a parent to stay with them while they order.

However, This Karen didn’t think about that and ended up regretting her decision soon after.

It all started with Guacamole. 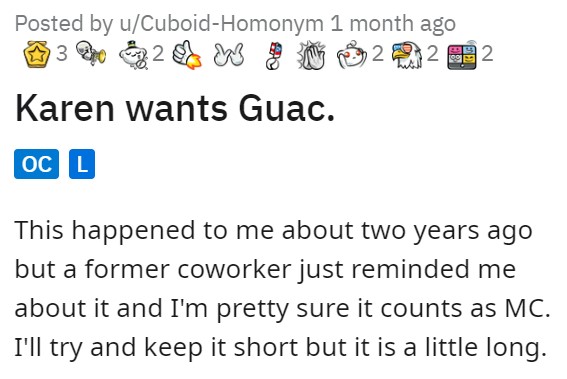 You have to look out for the extra charges because they can add up to a lot. 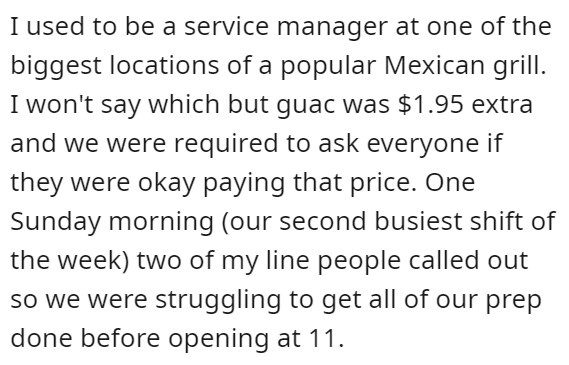 The employees already know the storm that is coming. 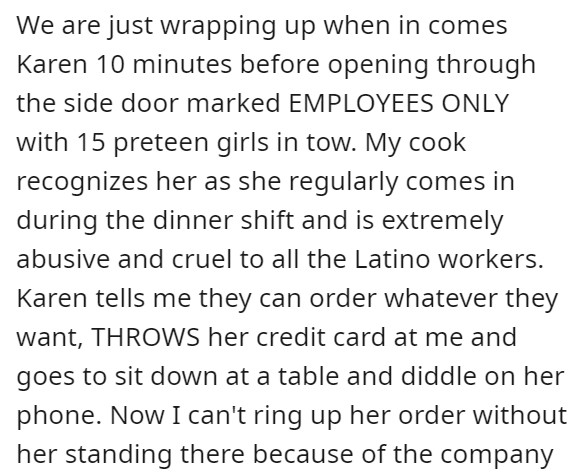 So all they can do is sit and watch. 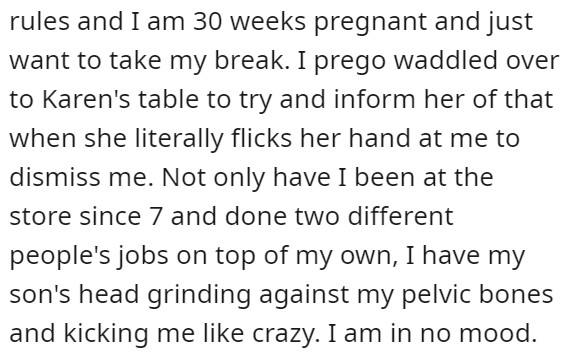 Does it really take more effort to be nice than mean? 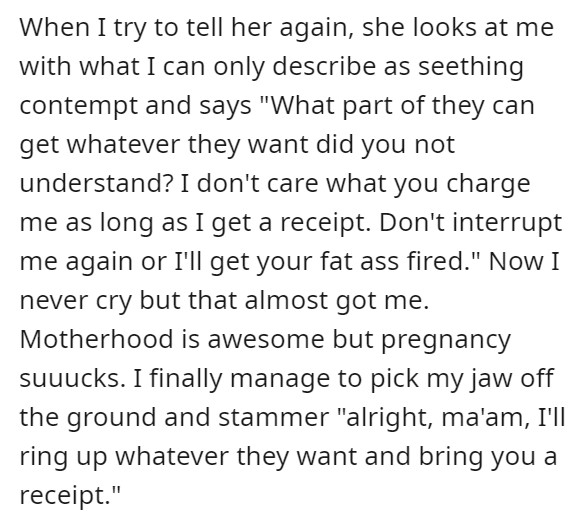 I mean that is to be expected, kids are hungry creatures. 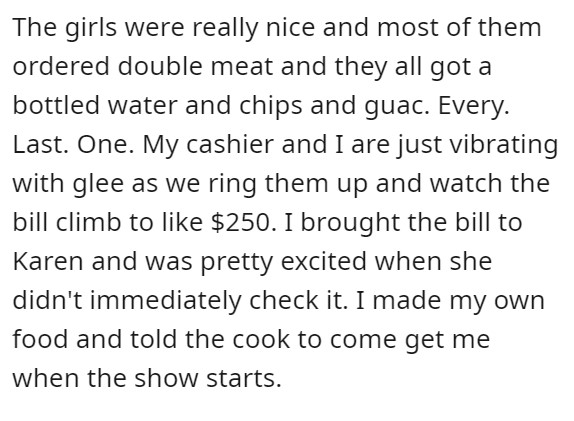 It’s her fault for being too ‘busy’ to pay attention. 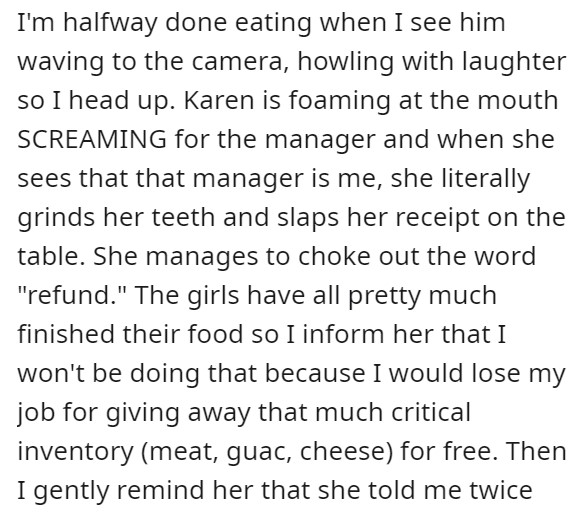 But that’s when the verbal berating was taken to a whole new level. 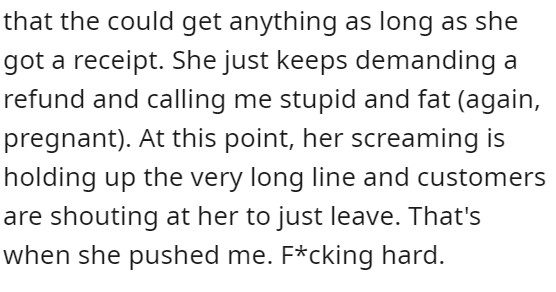 Thankfully, she and her baby were fine since she didn’t fall down. 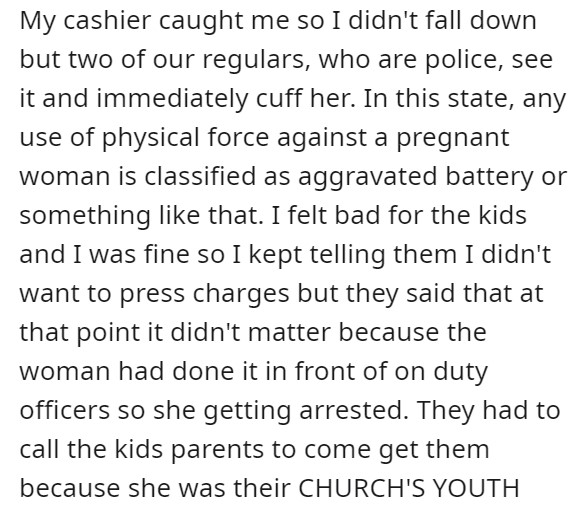 But the Karen got what she deserved and boy was it a sweet justice! 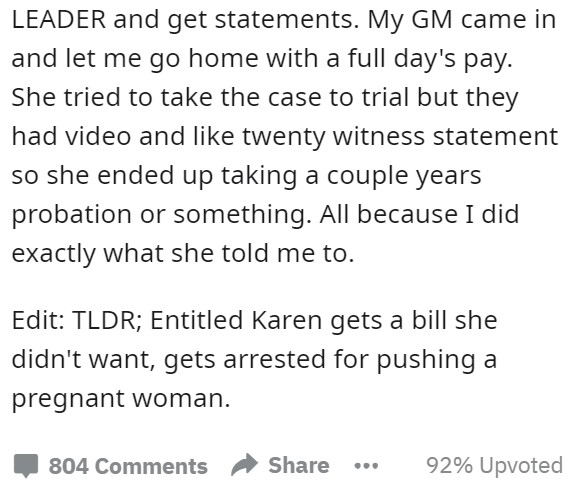 Maybe she really was that stupid? Or she thought she could intimidate them? 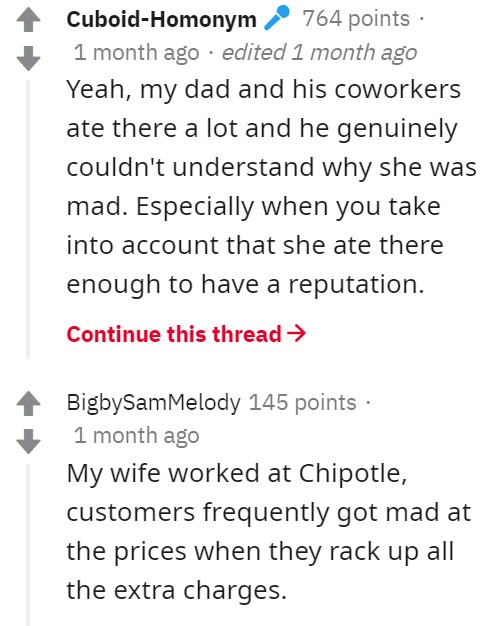 Thankfully she got banned from the store soon after.

My old GM had actually asked her not to come back more than once but we asked the other managers and our sister store (which she had also been asked not to return to) across town and figured she kept coming during different shifts and alternating stores so none of is realized until this.

I personally had a temporary restraining order against her and worked at both stores so she was truly banned lol. –Cuboid-Homonym

Her justice was swift. 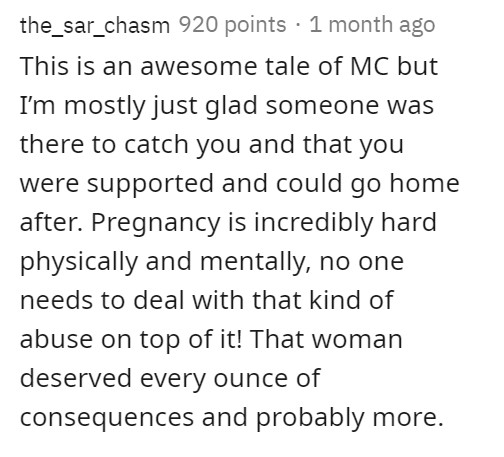 The adrenaline kicked in so it didn’t seem scary at first. 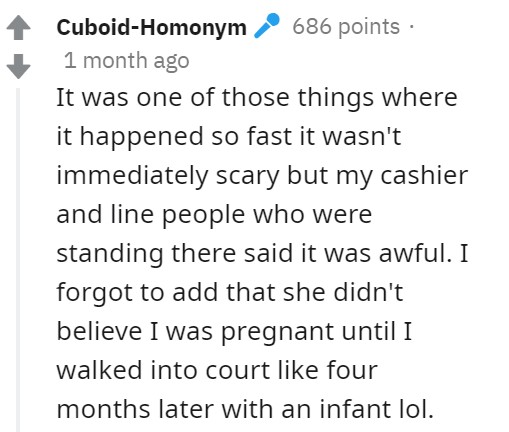 The fact of the matter is she wasn’t thinking period. 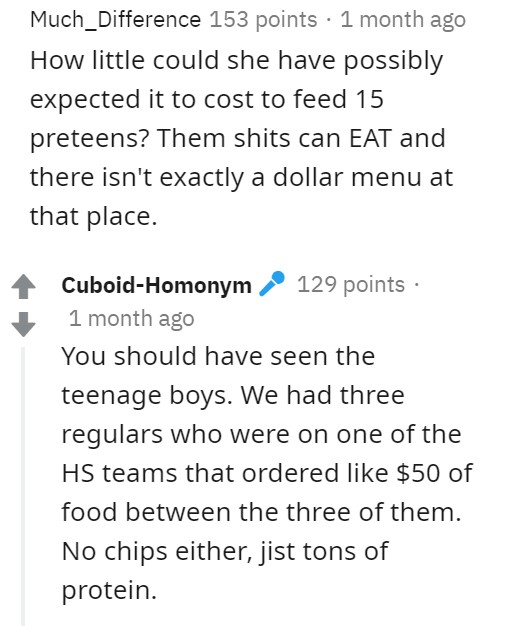 If you saw someone push a pregnant lady what would you do in that situation? Comment down below and let us know.