Some parents can be really toxic.

We see a lot of people excuse terrible behaviour towards family members just because “they’re blood-related, it happens.” But it does not justify treating someone like shit. A lot of parents take advantage of their children by playing the “family” card and it is highly toxic. If you have a healthy relationship with your parents, you are quite lucky. Not a lot of people can say that for themselves. Having toxic parents can really change you as a person. You have trust issues, you develop confidence problems and you look at the world differently. Being double-crossed by your own family members makes you realise how cruel the world really is.

This person on Reddit shared the story of their daughter’s boyfriend, who is an adult, and only gets an allowance from his paycheck because of his parents. Sounds ridiculous, doesn’t it? Wait until you learn the details. Scroll down below to read the whole story:

The boyfriend is 22 years old and his parents weren’t allowing him to move in with his girlfriend. 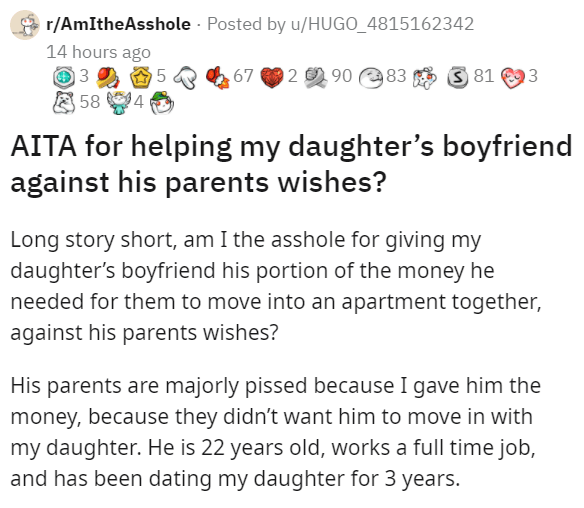 His parents keep his paycheck and only give him $100 a week as an allowance. 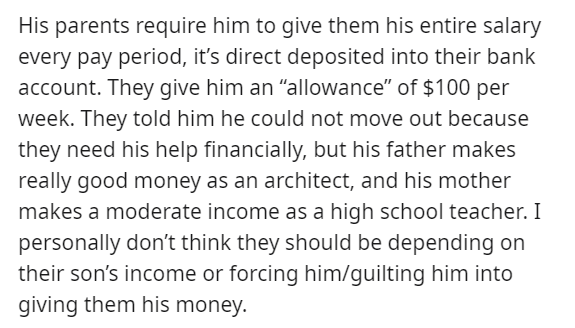 So the person helped him out by giving him the money to open his own account and move in with their daughter. 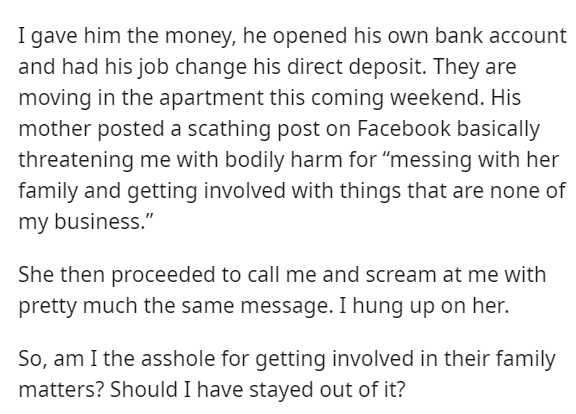 Some people say that parents only want the best for you, but that is not always true. Parents can be very selfish sometimes. If you have toxic parents, they rarely act in your best interest. They only care about themselves and would even cause you harm just to take advantage of you. It is sad, but this is the reality of some families. So, in my opinion, the girlfriend’s parent did the right thing and the only people who are wrong here are the boyfriend’s parents. 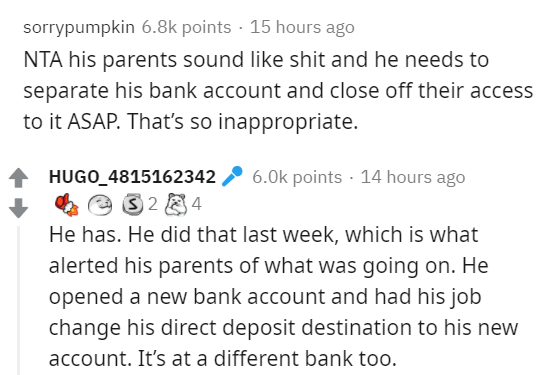 They are only mad because they lost a source of income.

They are probably using the money for something illegal. 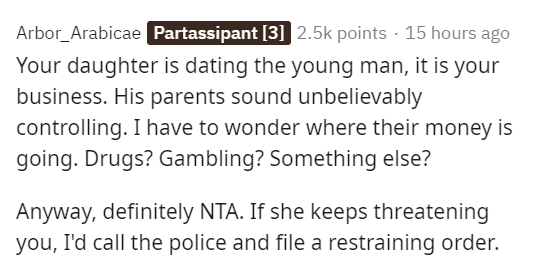 This is ridiculous. An allowance for a grown man with a job?! 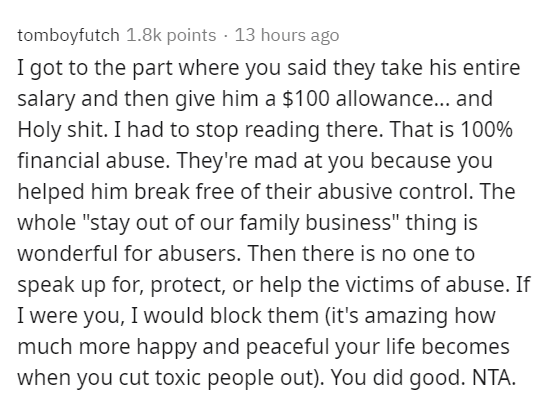 He is an adult that can make his own decisions.

This person is absolutely not to blame. They did the right thing. 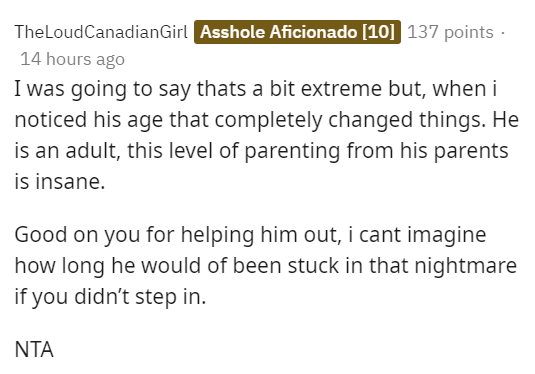 Controlling parents are the worst. 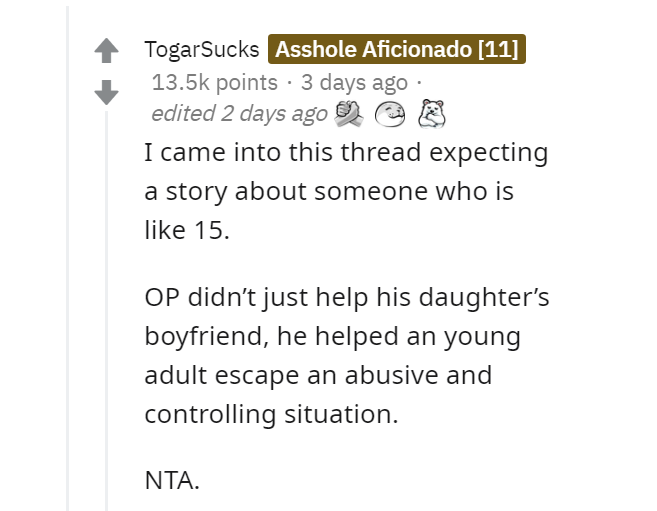 Do not take those threats lightly. 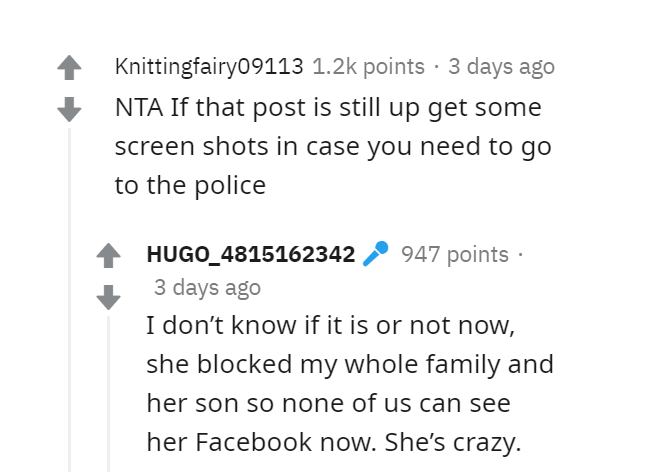 He needs to stand up for himself too now. 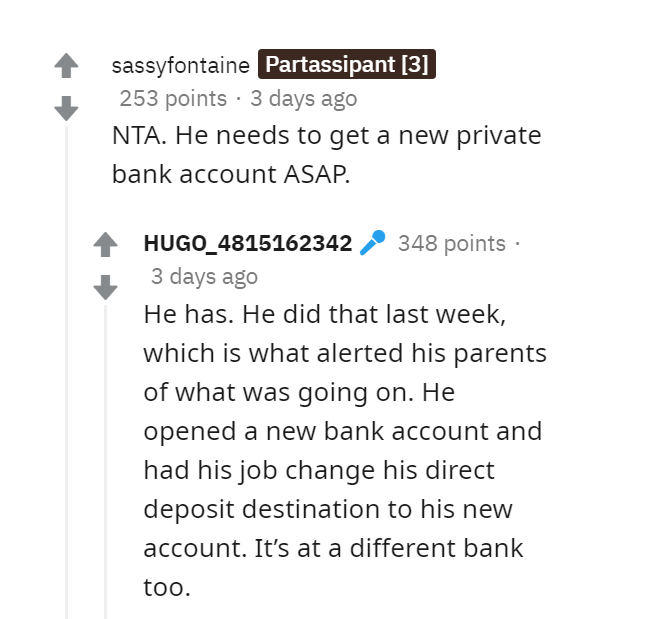 Who do you think is in the wrong here? Should the girlfriend’s parent have intervened or not? Let us know your thoughts in the comments below!