Bob’s Burgers and its crazy facts.

‘Bob’s burgers’ is definitely one of the most widely viewed American sitcoms. With over 180 episodes, the show is currently on its season 10 with viewers from all over the world.  The show revolves around a restaurant owner and his family who deals with all sorts of obstacles and try to keep their business running.

But let’s cut to the chase here to talk about some weird facts. We have compiled some facts about Bob’s Burgers that you might have not known before so scroll on below and check them out! 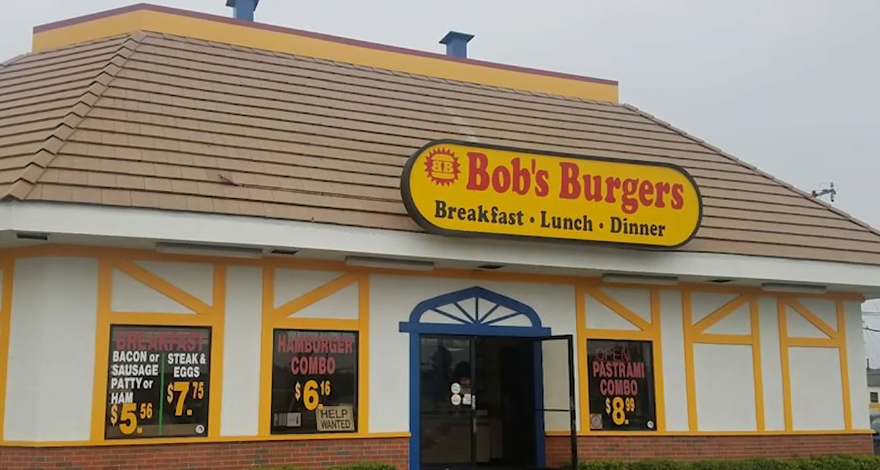 Ever wanted to try a Burger from Bob’s Burgers? Well, guess what? There’s an actual Bob’s Burgers restaurant in Los Angeles. Though it serves nearly everything seen in the show, it is not associated with the actual show at all.

Bob’s Burgers has been around for the past two decades, so it’s natural that it wouldn’t include anything that matches to the food shown in the TV show. But it still is the closest you’d get to eat from the actual Bob’s Burgers family restaurant which makes it worth the try! 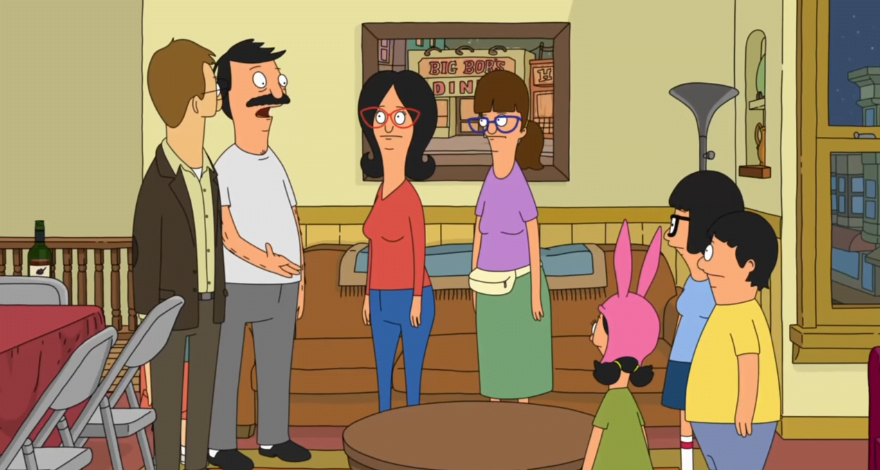 Then again, why wouldn’t it take time? A show with such a big audience would never compromise on the quality of their content. 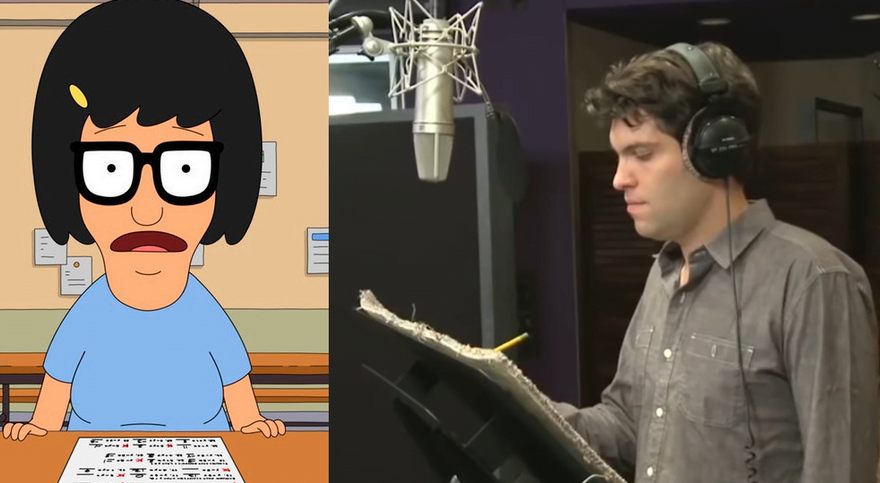 Our beloved character Tina is actually voiced by a voice actor named Dan Mintz. Strange isn’t it? But wait, there’s a backstory to it. Initially, Tina was meant to be a male character.

Her role in the show was so uncertain in the beginning that she wasn’t even in the pilot episode. Bet you never noticed that. 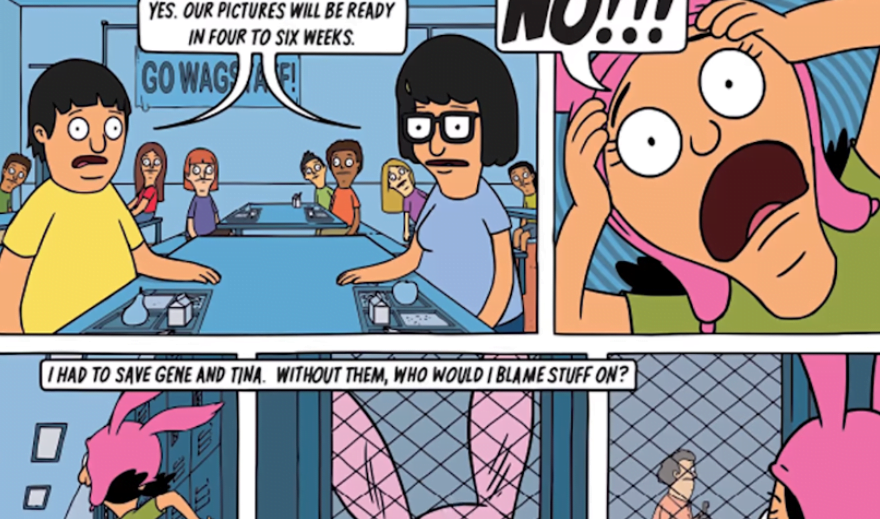 Next, we have comic books. Did you know that Bob’s Burgers have their own comic books? Unlike the usual comic books that are written and published by third parties, these comics were actually written by the show’s original creators! How cool is that?

Though it sounds like a lot of work for scriptwriters, their double effort definitely pays off as the fans get original content that blends in perfectly with the show’s tone.

If you thought that all Bob’s Burgers characters were played by strangers then think again! You see, the inseparable duo of Ollie & Andy are actually voiced by real-life siblings—Sarah Silverman & Laura Silverman.

Sarah is a comedian who most notably voices Andy Pesto. While her sister Laura is an actress who has also done voice-overs for a number of different animated characters. 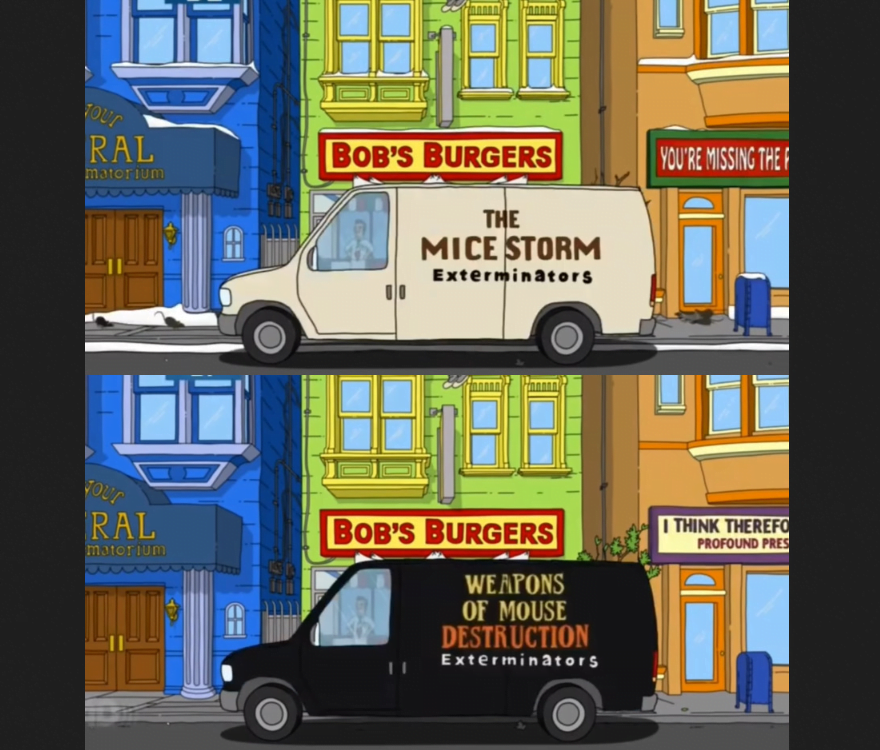 Have you ever thought about how the opening credits in the show are different every time? Not only that, the buildings on the sides appear different with a new pun every week.

And if you observe deep enough, you’d notice that the Exterminator’s van that stops by changes after the end of every season as well.

Coincidence? I think not.

Voice actor of Bob and Archer is the same person. 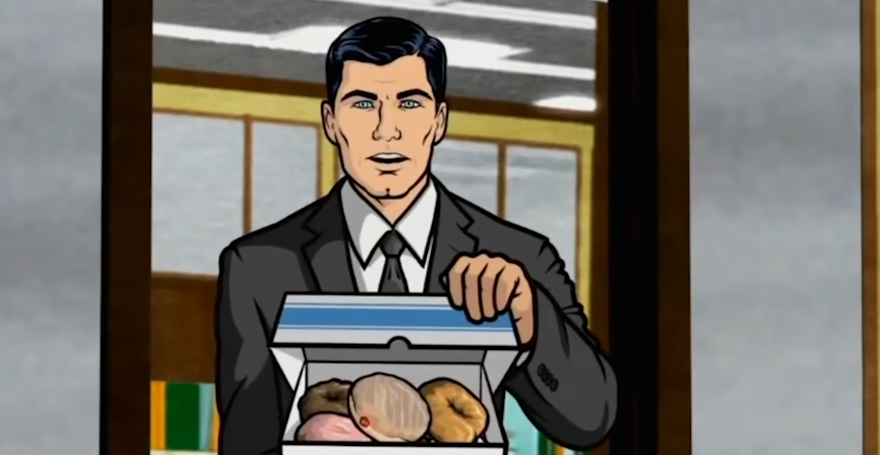 If you love both Bob’s Burgers and Archer, then you’re going to love the fact that the leading characters in both the shows have been voiced by the same person—Harry Jon Benjamin.

To make things more interesting, there’s an episode that shows a crossover of the Archer and Bob’s Burgers where Benjamin is doing a voice-over for not one but two different leading characters at the same time. How awesome is that?

The concept of Anthropophagy. 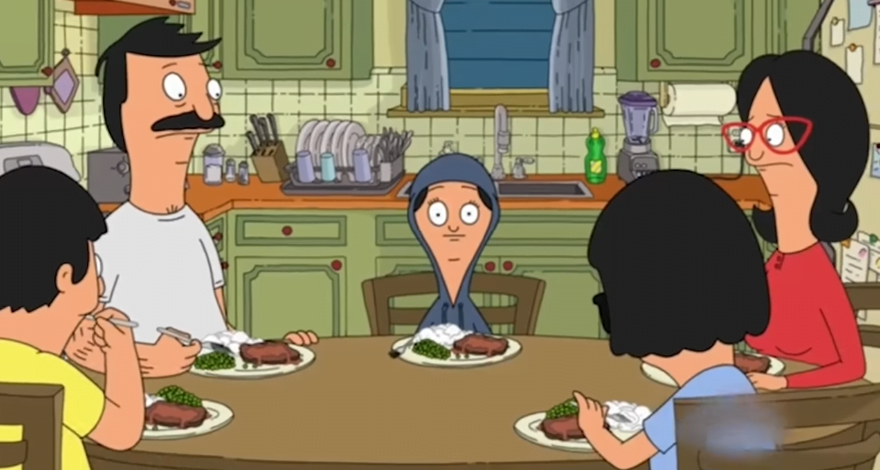 Primarily, the show was meant to portray cannibalistic tendencies in the belcher’s family. But for obvious reasons the concept of anthropophagy was discarded before the show was seen on television screens.

However, in the pilot episode, Louise did drop a hint suggesting that the burgers were made out of human meat (yuk!).

Bob’s Burgers appearances in both The Family Guy and The Simpsons. 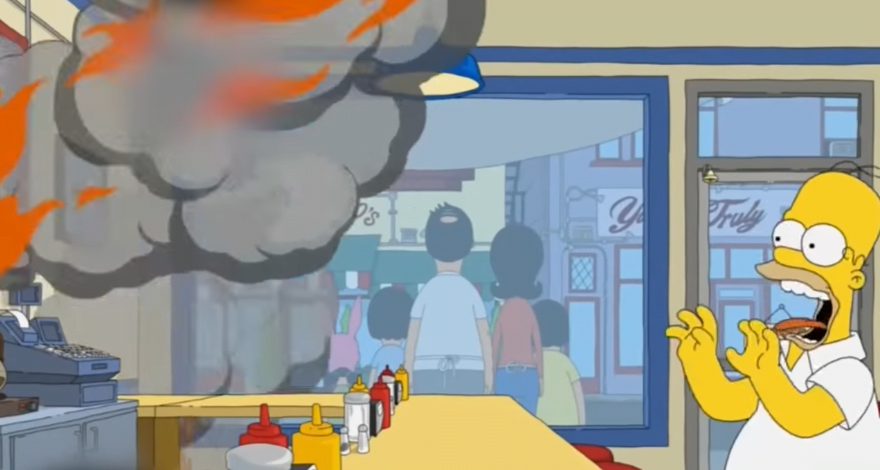 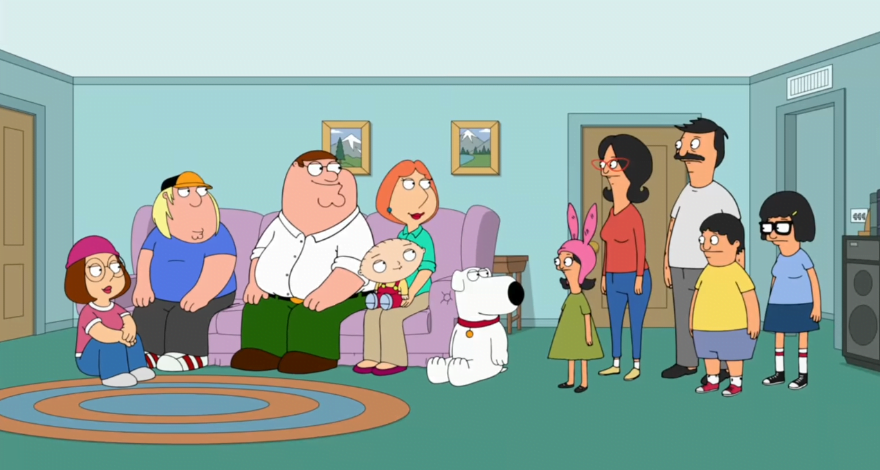 As you may know, Fox has the largest TV audience for animated TV series. To keep its upper hand, Fox television showed a crossover of Bob’s Burgers with both The Family Guy and The Simpsons.

And as one can expect, they were a big hit! 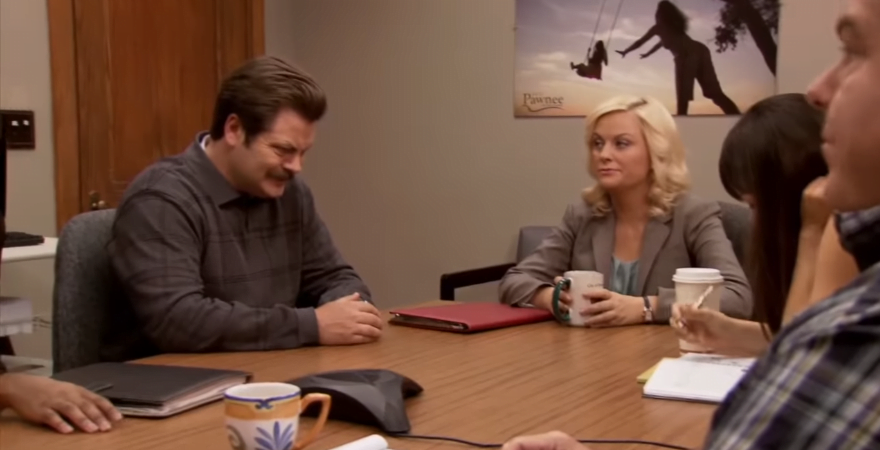 Out of all the associations that Bob’s Burgers have with other TV shows, and voice-actors, they are most closely linked to the show ‘Parks and Recreation.’ And why is that? You see, over 8 actors and actresses have played in both these shows including Paul Rudd, Aziz Ansari and Henry Wrinkler.

Now, that has got to count for something!

Burger of the day. 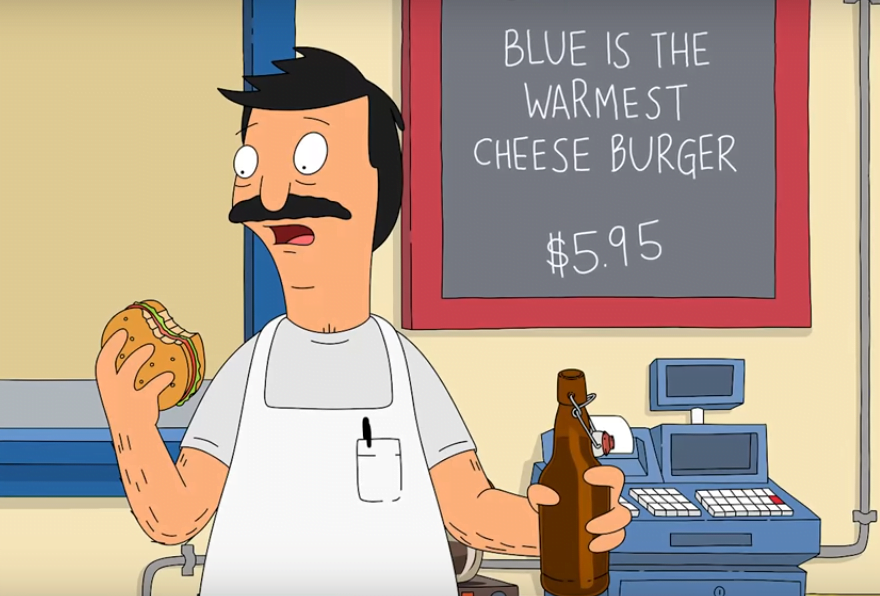 This is an interesting one. How many of you have noticed that ‘the burger of the day’ that is shown in the show is never the same with what the narrator says? Play any episode right now and check it out for yourself. 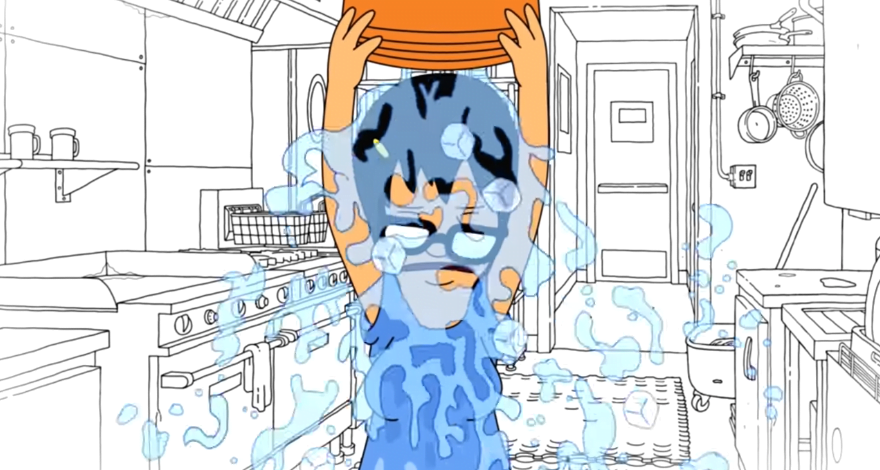 Here comes everyone’s favourite actor Paul Rudd! While I can’t speak for everyone here, but I can definitely speak for Tina. Till now you might have noticed how Rudd is mentioned more often in the show than any other actor.

Most notably, in the ALS ice-bucket episode, Tina is seen nominating Paul Rudd for the challenge which sort of gives an impression that Paul Rudd is being requested indirectly to make an appearance. Which he does later on in another episode where he’s voicing Tina’s imaginary friend, Jericho. 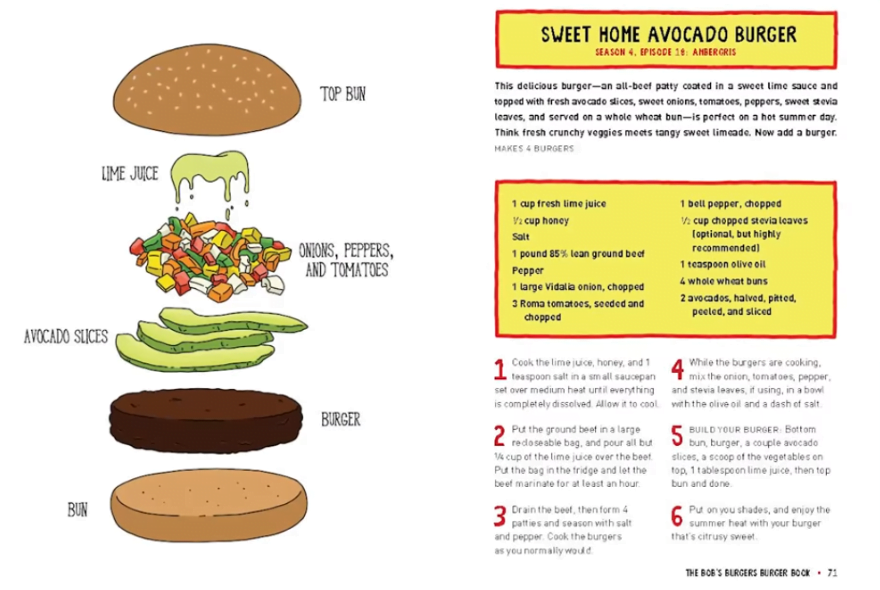 So, in case you’re craving some burgers straight from the series, using the recipes from this book might be a good idea.

The Gillian’s Island and its relation with Bob’s Burgers.

Have you ever seen Gillian’s Island? Because it has a lot do to with this show. Though it’s a decades-old comedy show, something about it is closely linked with Bob’s Burgers. You see, the character Ginger Grant is actually played by the actress Tina Louise. Now, though it’s self-explanatory but that’s exactly where the two prominent characters get their names from.

An episode dedicated to Jaws. 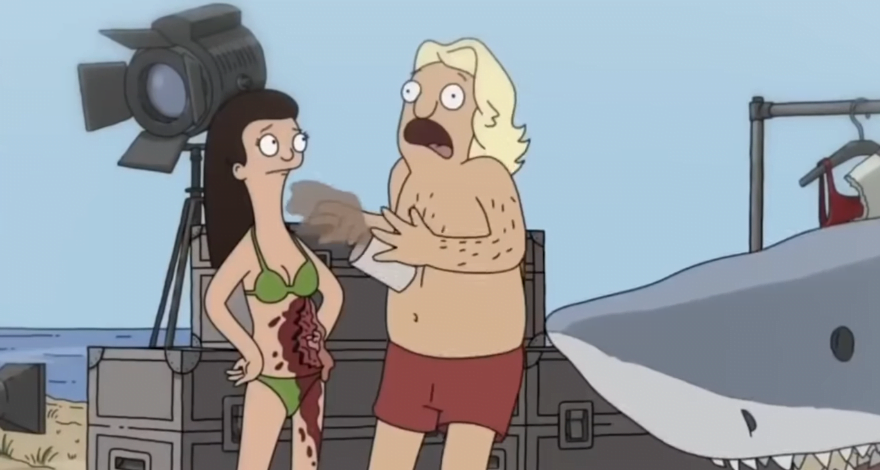 The last but not the least, we have the Jaws. If you’ve watched season 3 you might have seen the episode that shows events quite similar to those seen in the all-time classic movie—Jaws.

Well, that’s because this episode was, in fact, a small parody of the famous film as it depicts certain scenes in the same way. For instance, Quints encounter with the shark was exactly like that of Teddy’s. The only difference was that Teddy survives.

Well, that’s it for today. How many of these facts were you unaware of before? Share your thoughts with us in the comments below.