Which is ironic since most of the time, they treat others exactly like this. If you don’t know what a Karen is, Have you been living under a rock? Because Reddit is full of stories about middle-aged women with asymmetrical bobs who think they own the world and nobody can say no to them.

If that sounds like a tyrant. Congratulations you’ve correctly figured out what a Karen actually is. It seems they are hell-bent on ruining the day of every person they meet. And there have been many stories chronicling these entitled ladies from hilarious memes to them blowing up about stupid things.

So scroll on below and take a look at what this story has to offer.

It doesn’t seem like such a big problem that it warrants someone saying something. 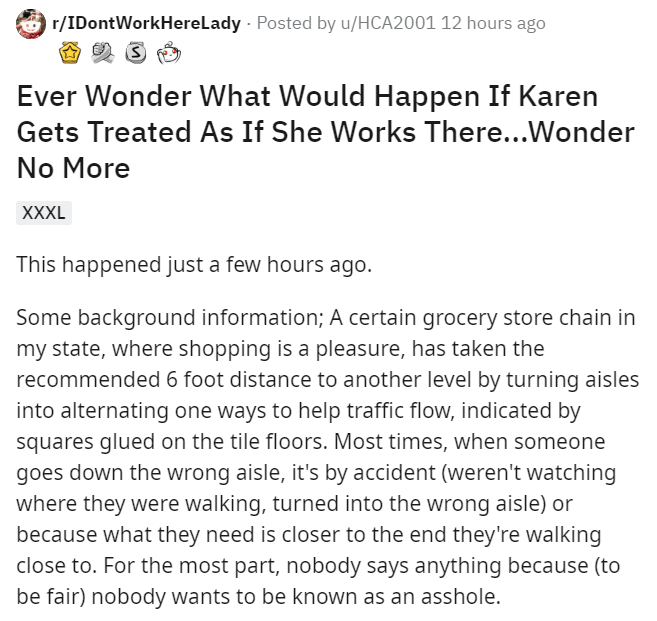 I have to say that it is a bit rude to insult a person’s accent. 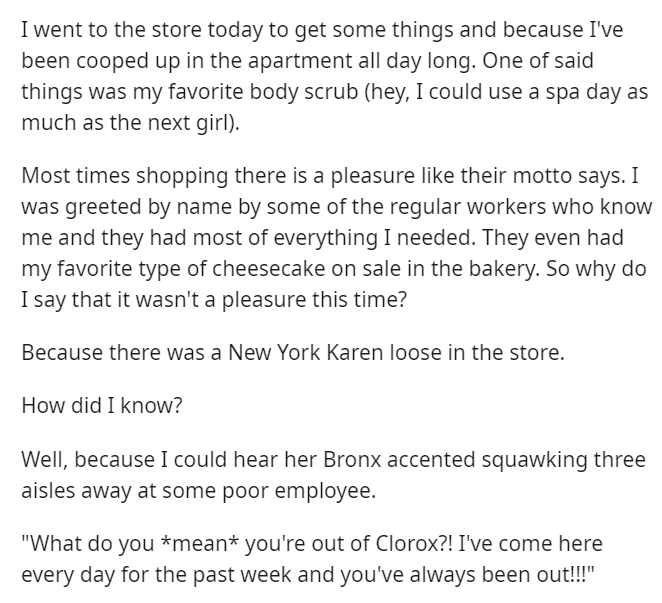 It would have been better to just follow the rules though. 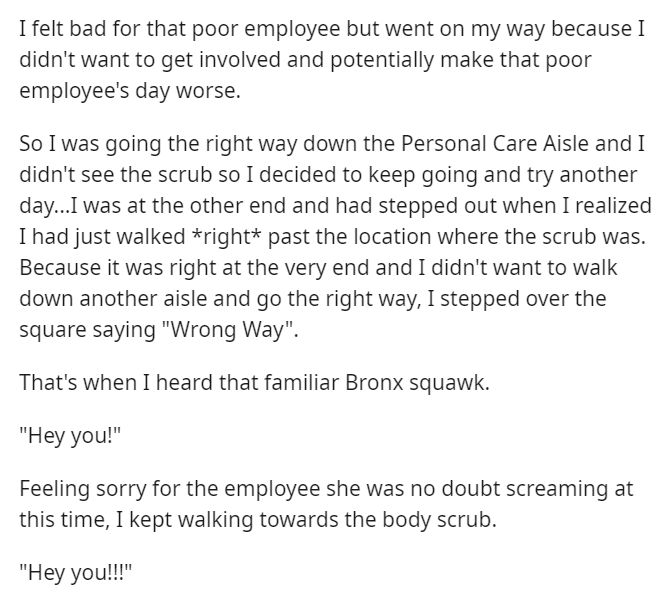 When you hear someone yelling ‘Hey you!’. You just keep walking. After all it’s only polite to behave this way. However me and many other Reddit users are more interested in which body scrub she is talking about.

Hijacking to ask what kind the scrub was.

Can anybody even whistle as loud as in the movies? 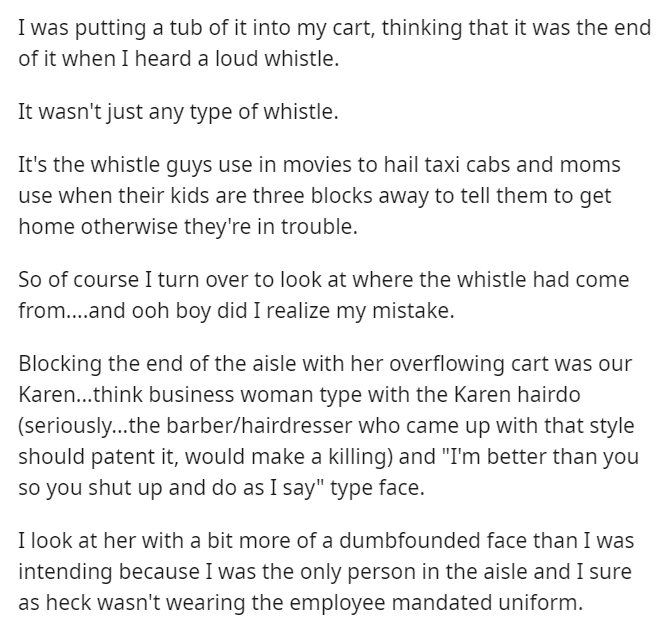 And this is getting more unbelievable as the story progresses. 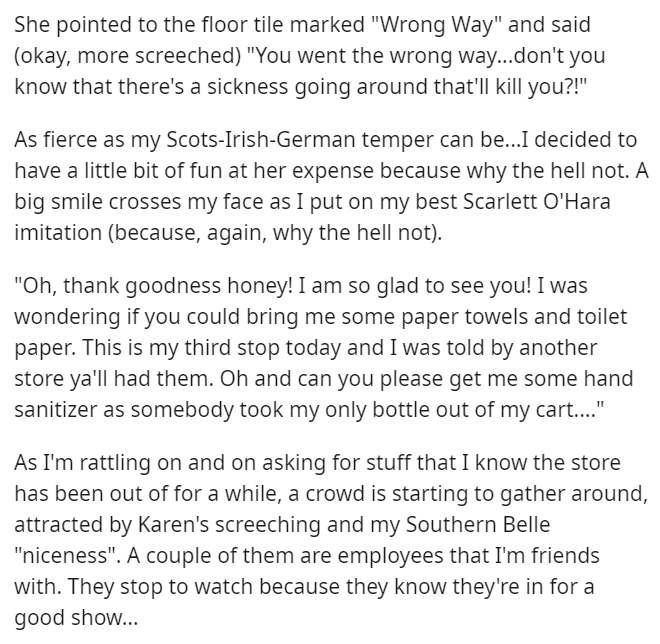 Now I don’t know about you but I love to read stories like these. However some of these are clearly fake even if you want them to be true.

Is store police a thing? Aren’t there just security guards? 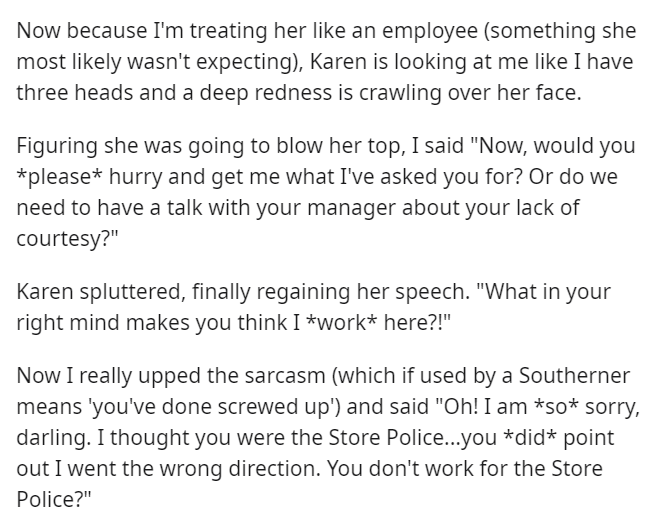 And did everyone clap as you walked by into the sunset? 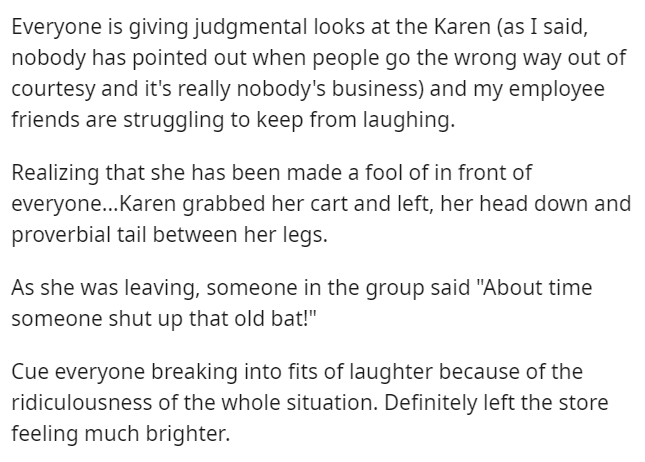 Now as you can imagine, people had a lot to say about this story. Most of them just called this story fake but others had something else to point out. You see, it seems if this story is actually true the poster of this story is not really in the right. I would go as far as saying that they are the Karen in this story.

I can totally believe this. 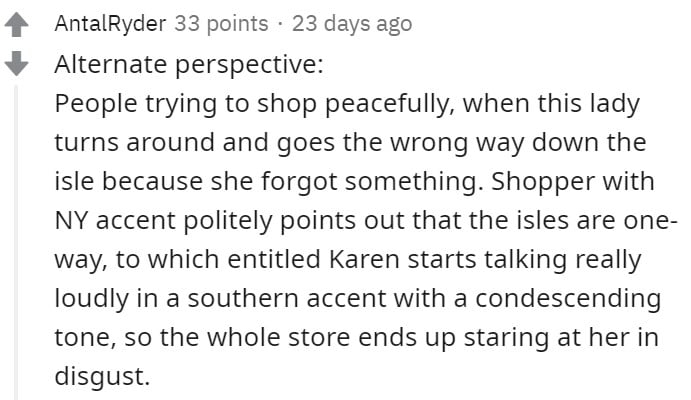 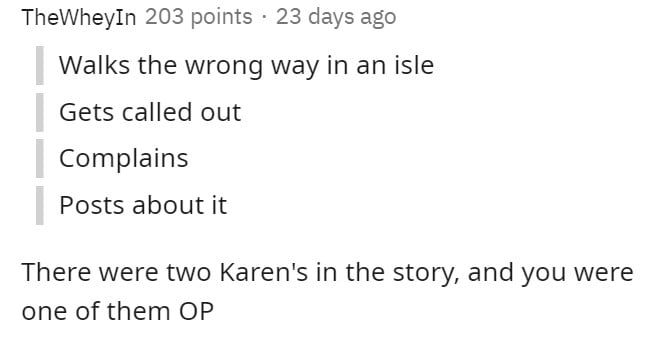 What do you think of this story? Do you think it ever happened? And if so who was the real Karen? Comment down below and let us know.