I am well aware that some companies give lifetime guarantee but even that can’t be called permanent since nobody lives forever right? However, we know most things wear and tear, that is just how it is. So when you have used something for more than 11 years, it is bound to have some problems.

So you can’t really expect the same person to replace it for free just because they once gave you their number if you had any problems. Many technicians and plumbers do this but they mean a reasonable amount, not a decade. But this choosing beggar apparently thought that offer could be used whenever he wanted to. And when they realize, it isn’t going to work, they choose to threaten the plumber like that is any better.

You can take a look at the whole conversation by scrolling below. 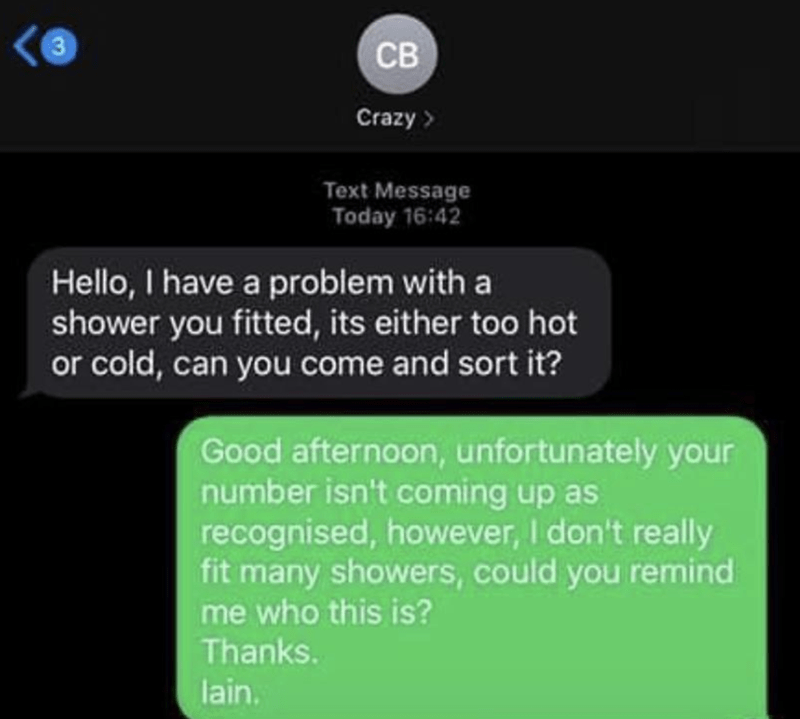 Apparently, it is an old contract that the plumber has forgotten. 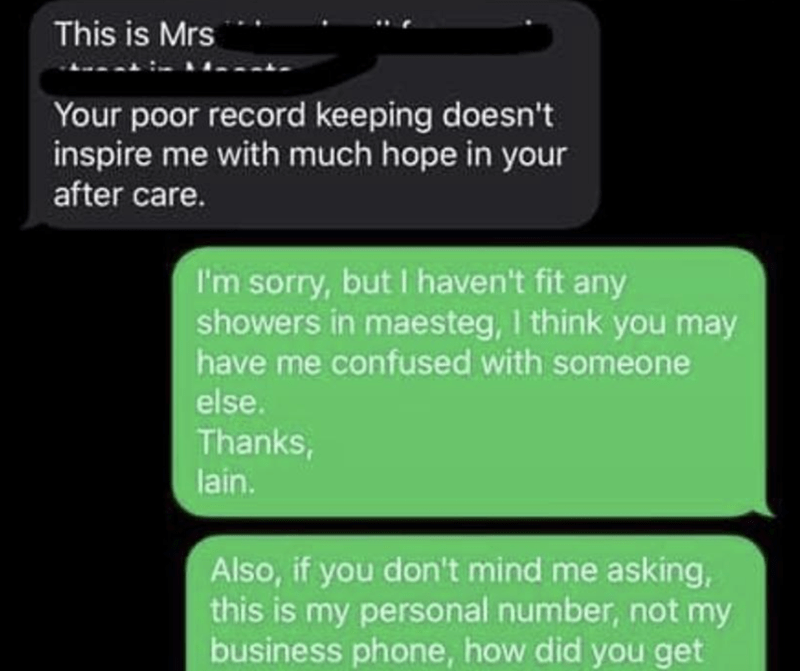 They have a back and forth for a while, neither conceding. 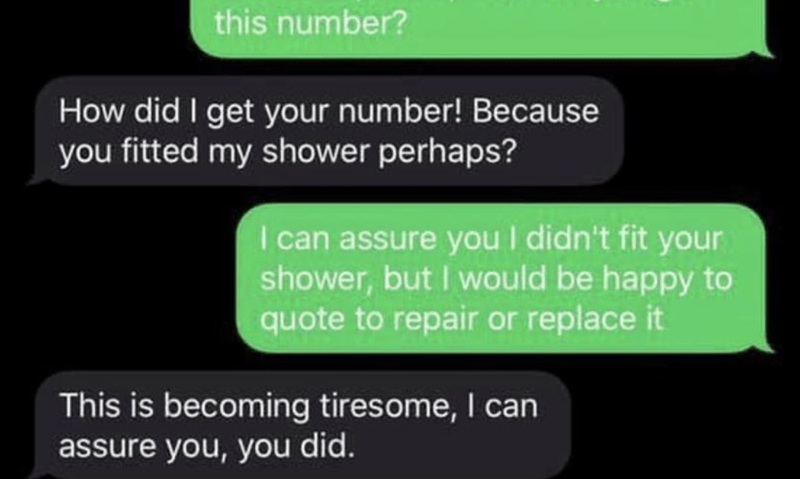 But there is a reason the plumber doesn’t remember that he fitted their shower. 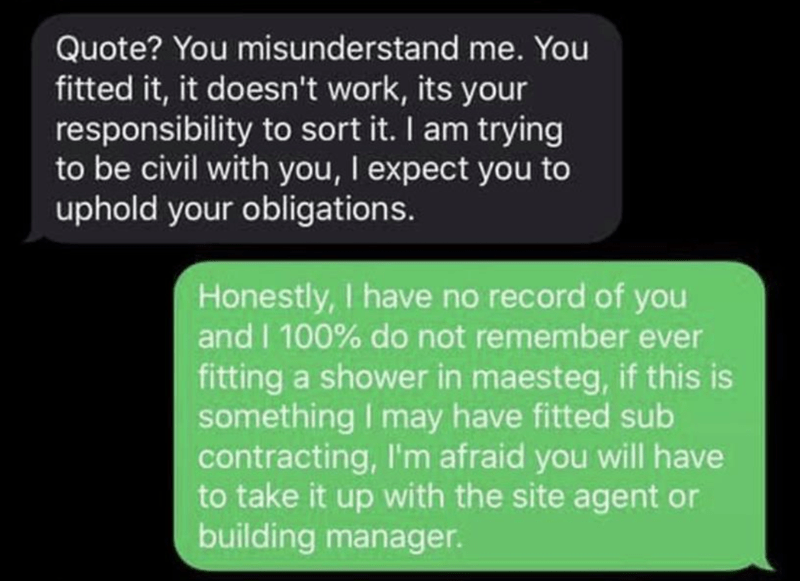 The choosing beggar gives a detailed explanation of what happened that day. 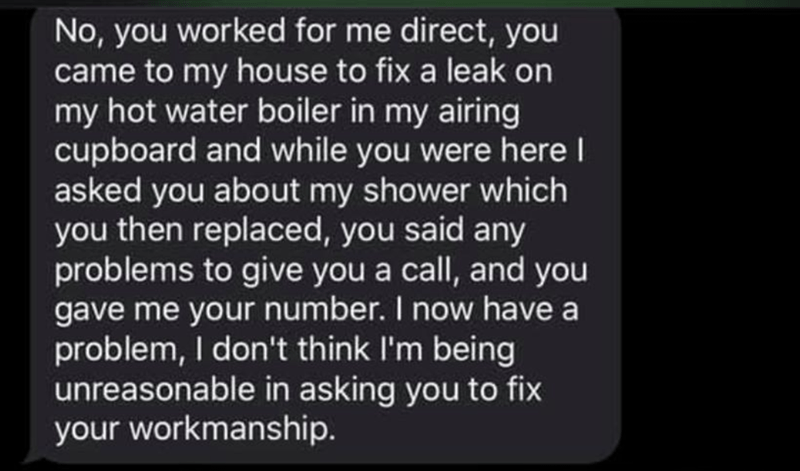 And that is when the plumber realizes he had indeed fitted their shower a decade ago! 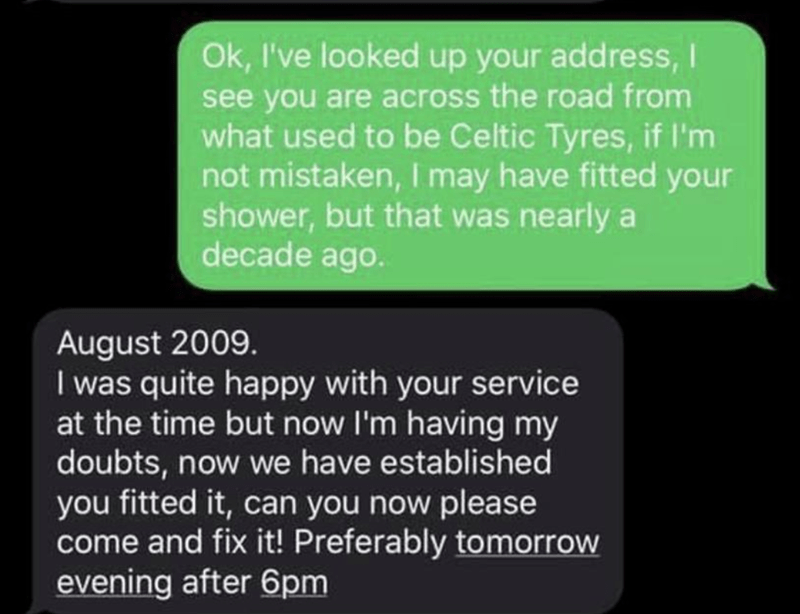 The fact that she didn’t mention from the start that the shower was installed over a decade ago & just sent the plumber on a wild goose chase trying to identify her is SO FRUSTRATING. It’s almost as if she knew how ridiculous her request was… –sameasiteverwuz 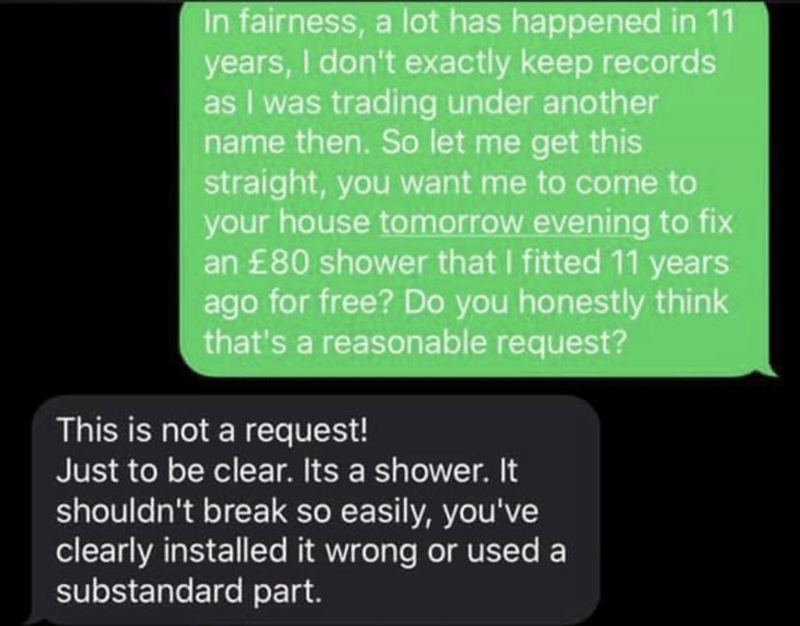 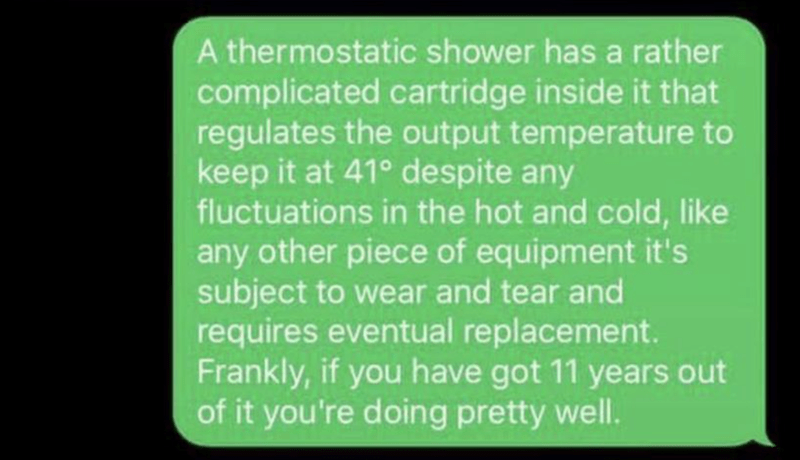 This person has to be delusional right? Do they understand what they are saying? 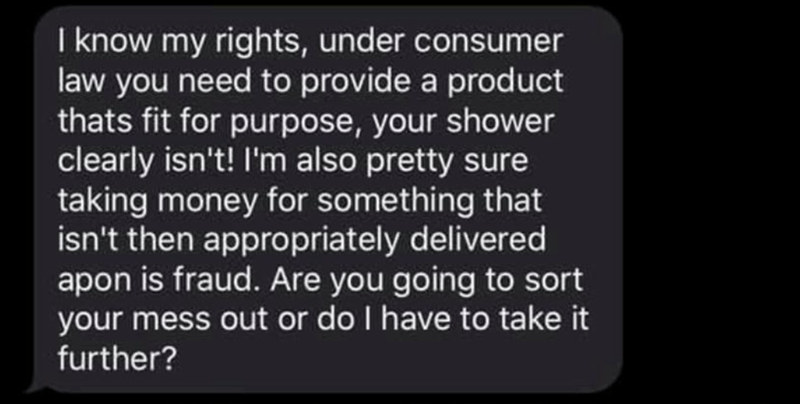 But I would say that they are an idiot. Why is a shower any different than a car? 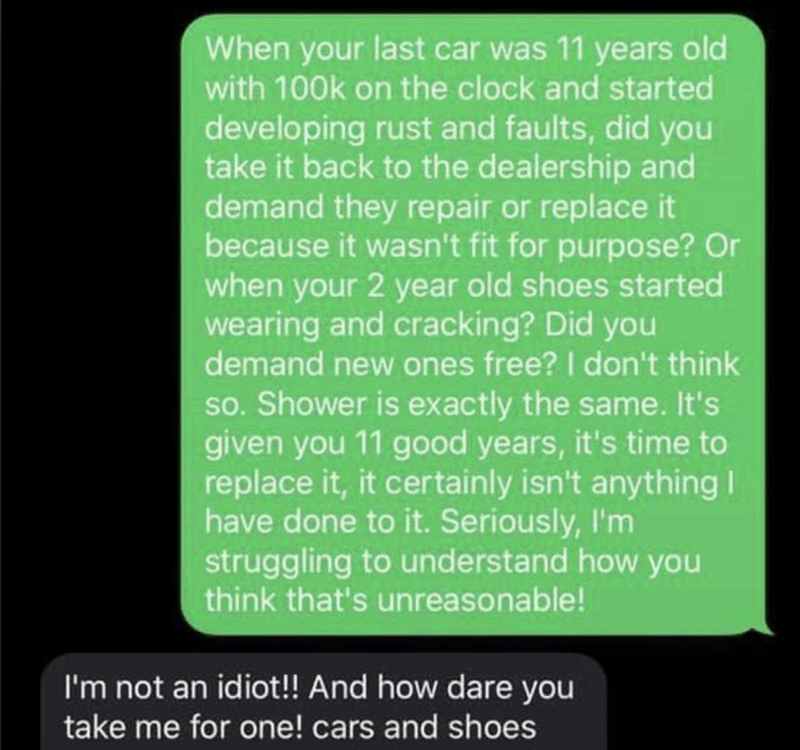 The plumber decided to end the conversation right there. 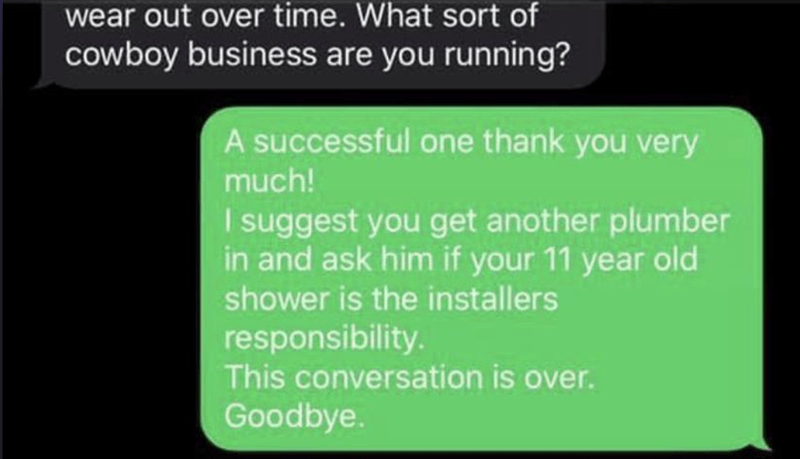 But this person just couldn’t let it go. Thankfully they were put in their place quite quickly. 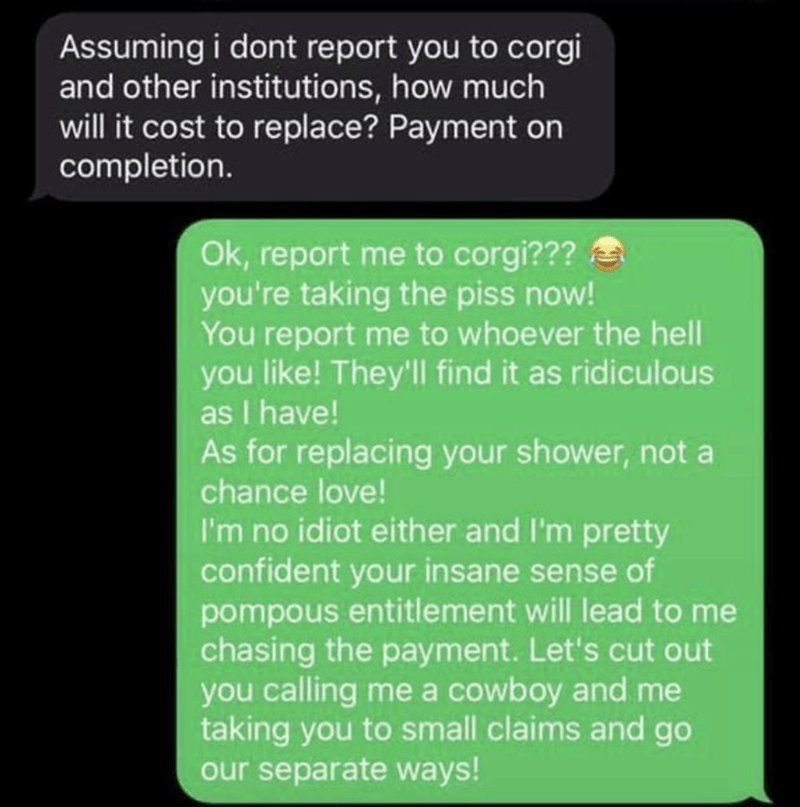 Great responses by the plumber. Guarantee that even if they ended up going to fix the shower, the person would have never paid for it.

Cars and shoes wear…but showers don’t? I don’t think they quite grasp the idea of wear and tear. –RamenNoodles620

What do you think of this conversation? Do you think the choosing beggar was just that stupid or was he just that entitled? Let us know in the comments below.