We’re getting really tired of all the Karens out there.

These are self-entitled and privileged white women who love to make the lives of others difficult. If they go to a restaurant and their meal is two seconds late, they will demand to see the manager immediately. They also have a signature haircut, a short bob with bangs and they probably drive a minivan. They are the advanced versions of soccer moms. We aren’t being discriminative or anything, but this is a very popular stereotype these days. You’re lucky if you haven’t met a “Karen” yet.

Being an IT worker, you probably have to face a lot of Karens during work. It takes a special kind of patience to deal with them. This Reddit user came across a Karen who demanded from him to do work he wasn’t being paid for. He taught her a lesson she would never forget. Read his story down below:
Via goatwomble

She contacted him about an issue that was occurring from her end. 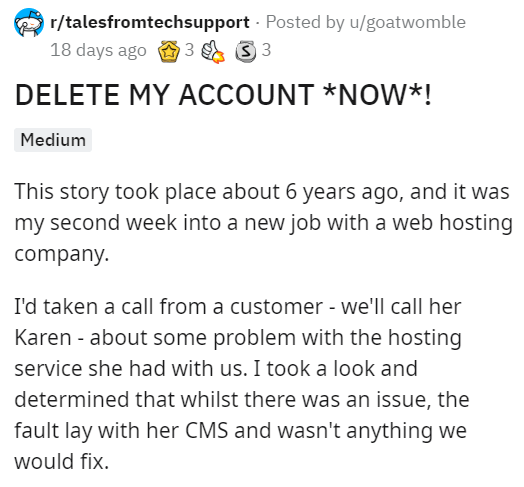 The guy explained to her that he can not fix this problem because it was not part of his job. 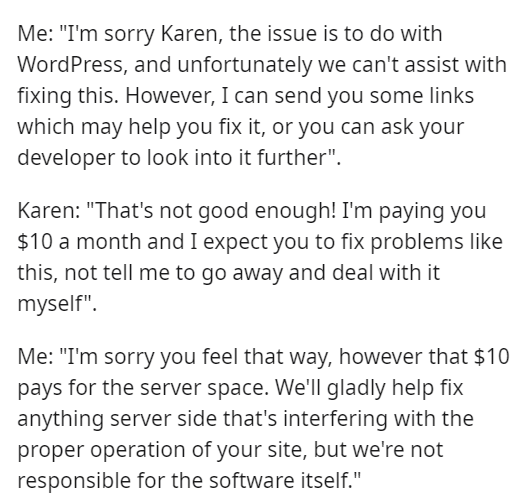 Instead of being reasonable, she decided to throw a tantrum instead. 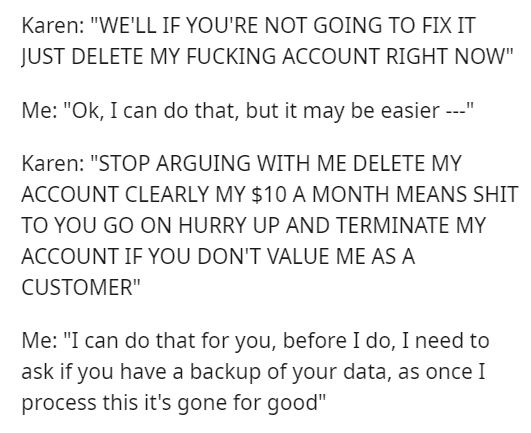 Throwing tantrums will never get you anywhere. If you’re demanding something you haven’t paid for, and cuss out the other person because they aren’t doing it, you are a spoiled brat. People need to stop acting so entitled and step into the real world. These are the kind of people that weren’t told “no” as a child and are now having trouble with it.

Hey, she asked for it herself. He’s only doing what she asked him to do. 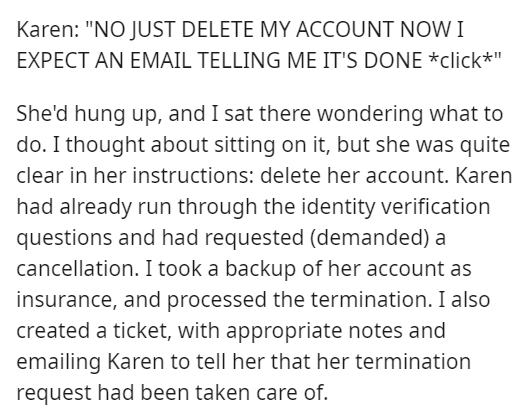 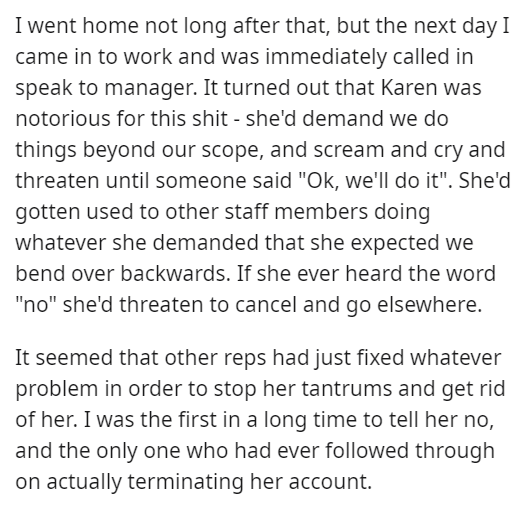 This is how you teach Karens a lesson. 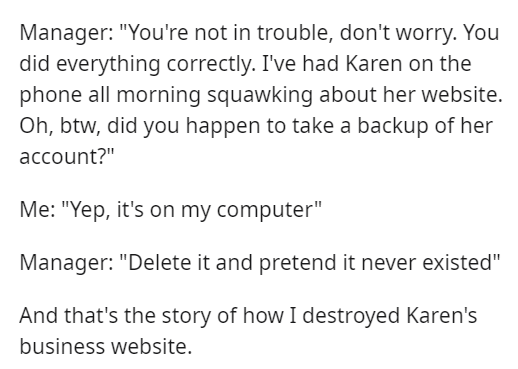 Do you think the guy did the right thing? Did Karen deserve having her business website deleted? Let us know your thoughts in the comments below.