Having nice neighbours is really a blessing.

Life is hard enough for most of us already. However, if we have nosy or annoying neighbours, that just makes it a whole lot worse. They never mind their own business and always have something to complain about. You have to be careful of people like that because they will just end up calling the police at every little inconvenience. People like that just waste time of the police and their neighbours as well. If you get stuck with a bad neighbour, there is not much you can do about it other than wait for them to move somewhere else. However, that does not mean that you have to put up with whatever bullcrap they come up with every other week. The neighbourhood belongs to you just as much as it belongs to them. So if someone is giving you a hard time, make sure to respond in a way that they think twice before stirring up drama for you. We do not have to stoop to their level, we just have to make sure they do not think of us as weaklings. We can stand up to these Karens and teach them a lesson every now and then.

That is exactly what this Reddit user did. Dealing with Karens is not easy at all, and OP did it when he was just a teenager. Now that takes some guts. The Karen neighbour kept annoying him and filed a false complain of OP hosting a party, which he was not. So OP decided to take revenge in the most legal way possible. Scroll down below to read the whole story.

OP was 16 when his parents and sister went on a vacation and left the house and dog under his supervision. 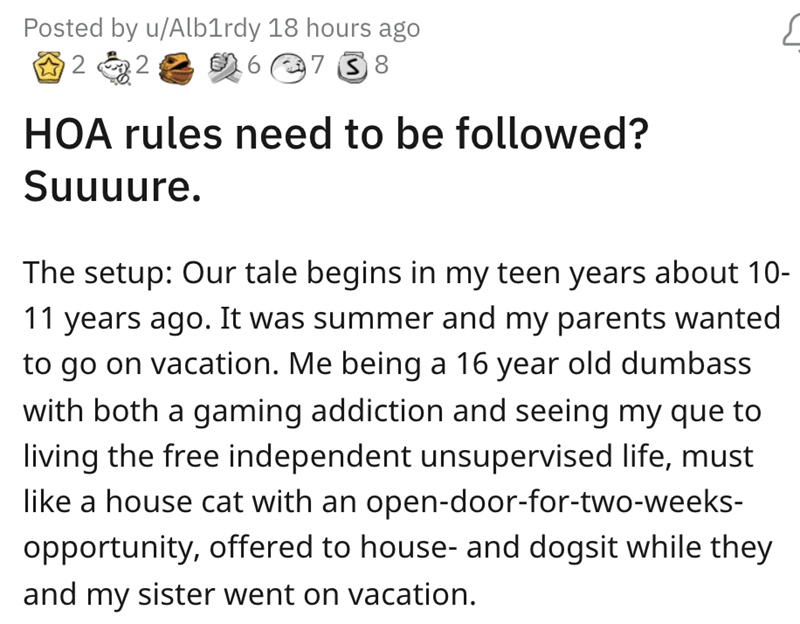 He also gave some background information so people would understand his exact situation. 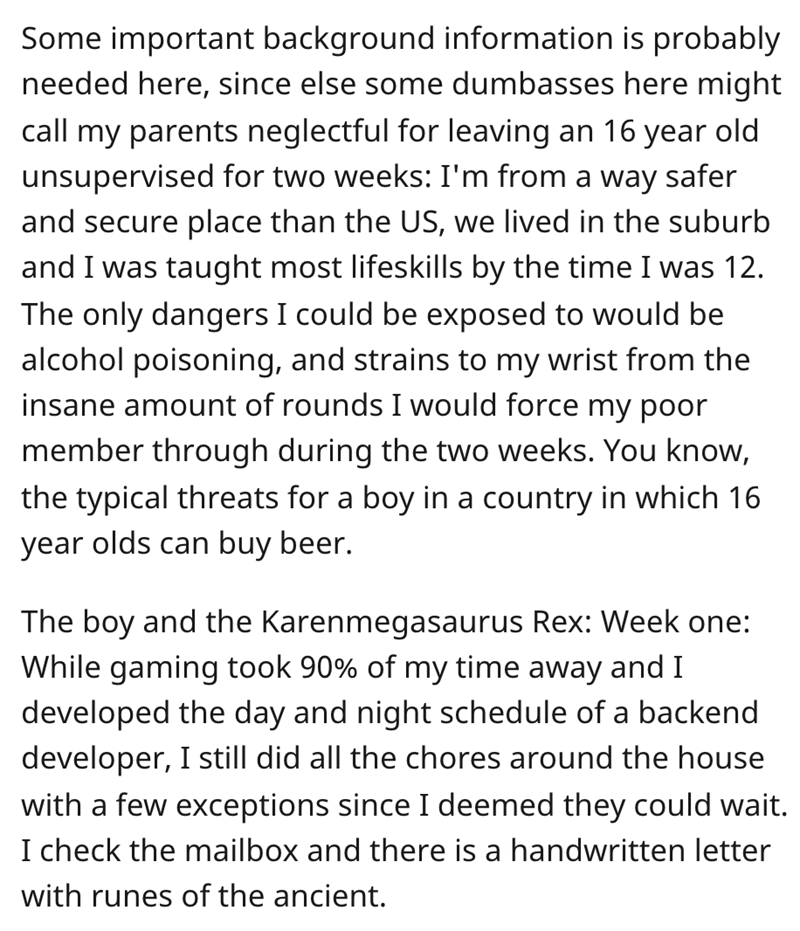 In his own unique style, OP explained that he got a letter one day from a HOA member. They were complaining about how tall the grass was. OP trimmed the grass but then received another letter which said his flowers were overgrown as well. 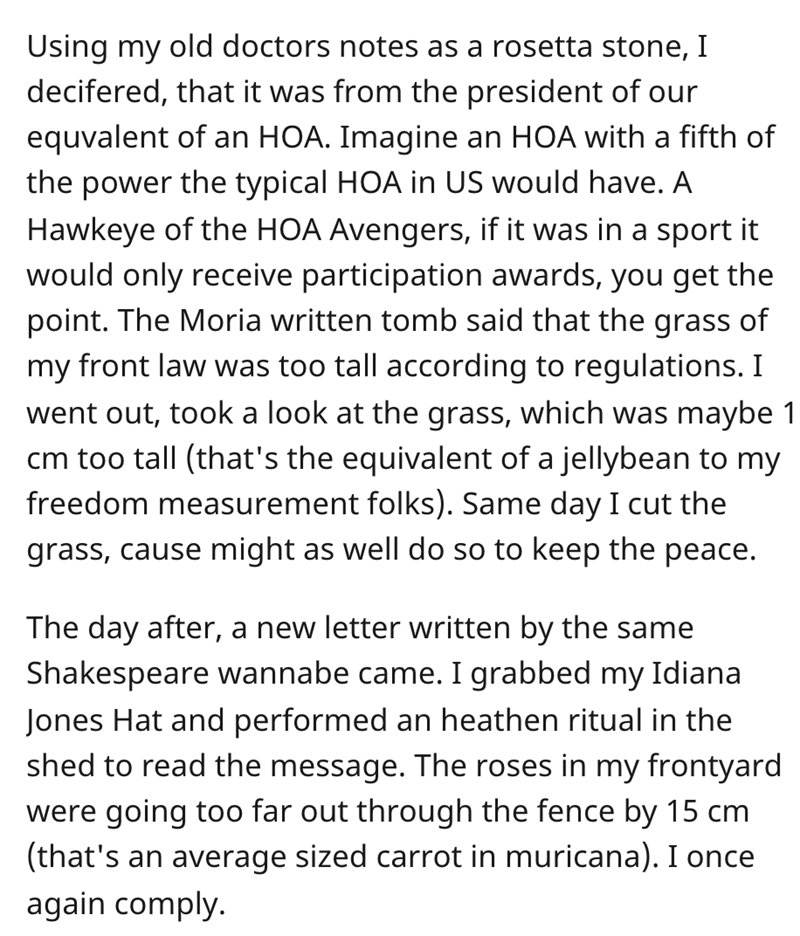 Then OP received a third letter which said his backyard’s bushes were too tall. It was impossible for anyone to know that unless they entered OP’s house. OP decided to go to his immediate neighbour to find out who the letters were from. 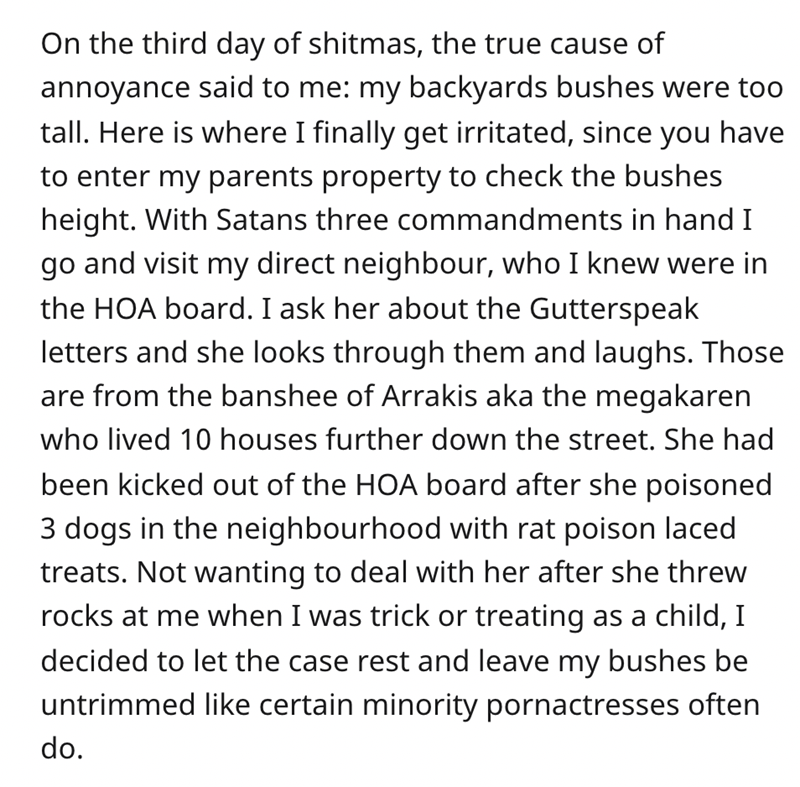 After a week, OP decided to plan a lan-party with his friends. There were energy drinks and chips. The friends were enjoying their gaming session until the cops pulled up at OP’s door. 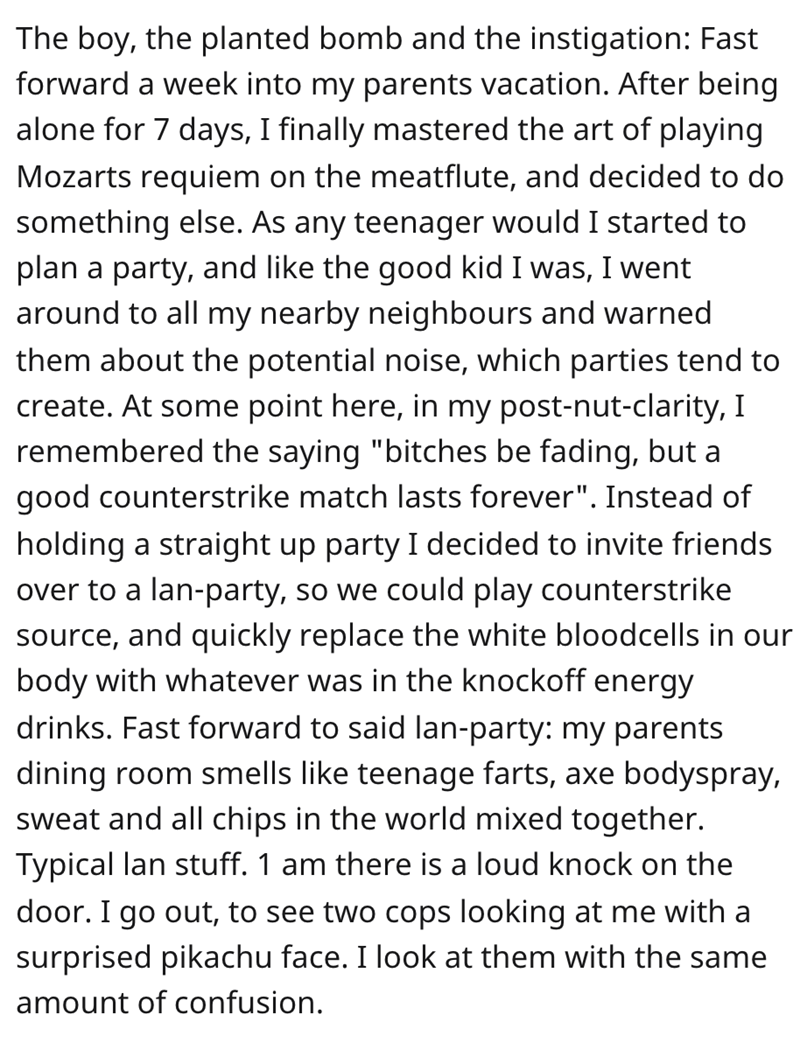 The cop told him that there was a complain of noise and unauthorised things happening. After realising OP had done nothing wrong, the cops left him and his friends alone. 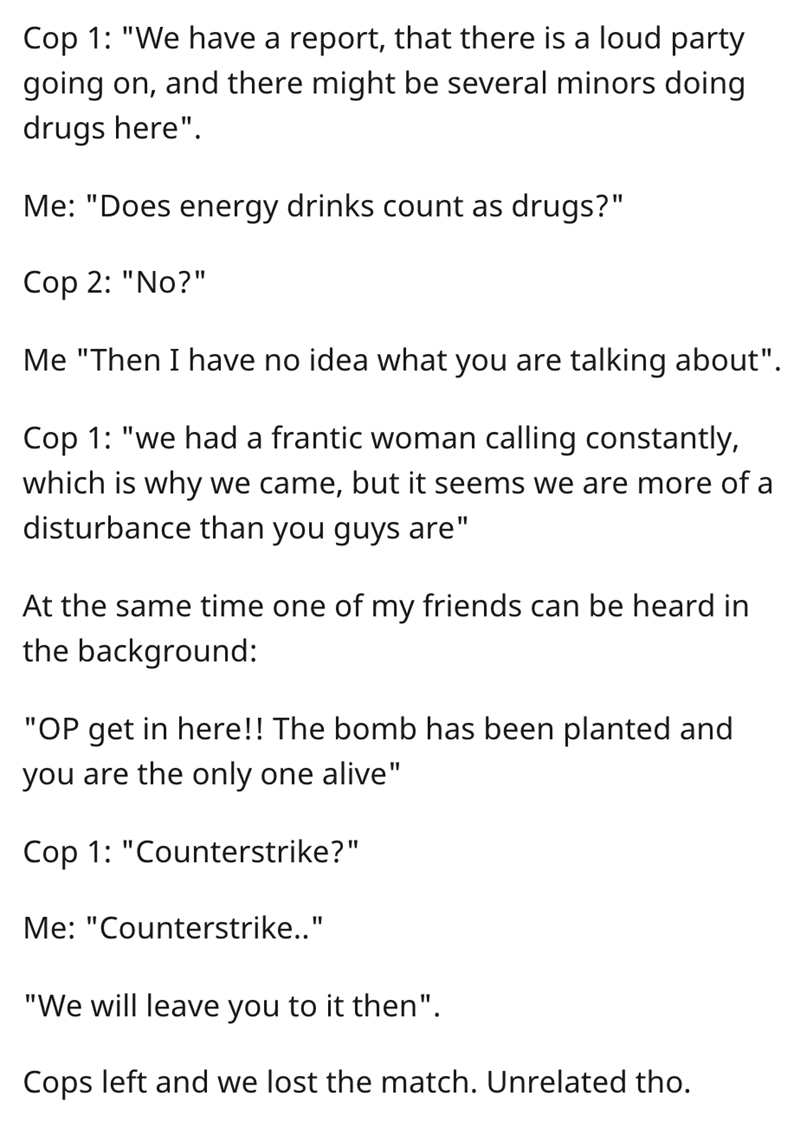 Finally, after 2 days, the Karen neighbour showed up at OP’s door to complain but OP told her off and slammed the door on her face, which infuriated her. 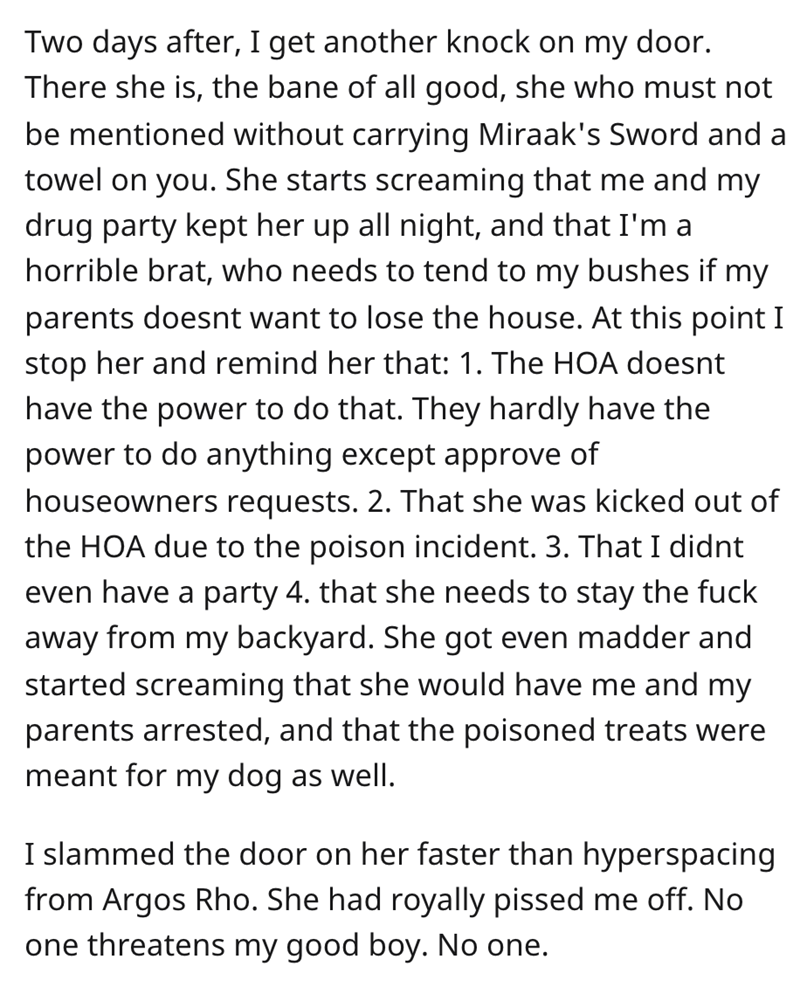 After that, OP decided to take the perfectly legal petty revenge from her. 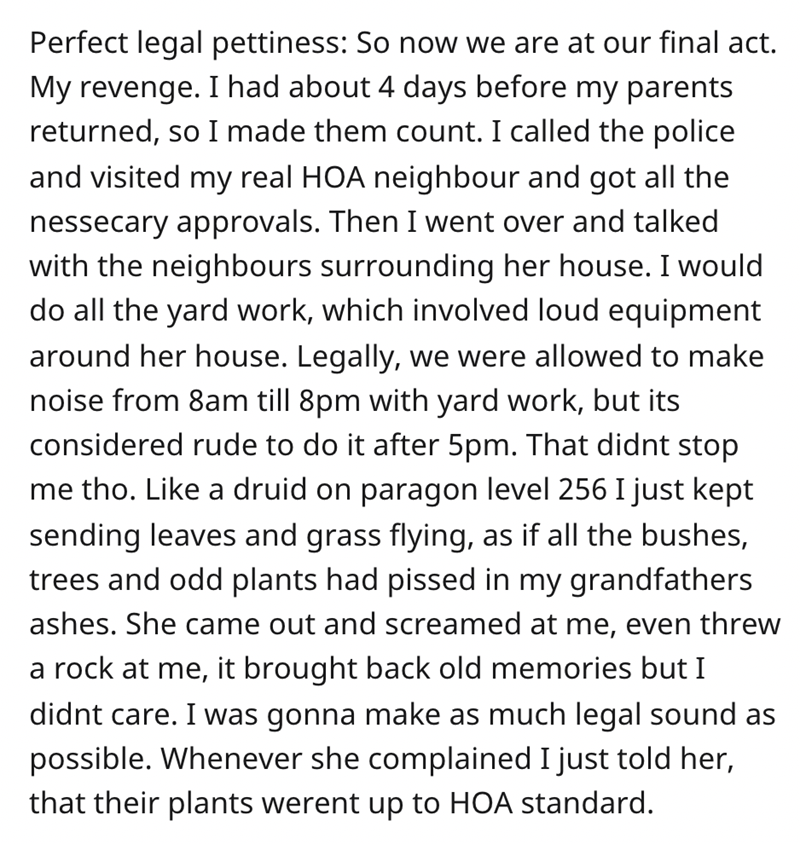 OP made sure to stay in his limits and make as much noise as possible to disturb the Karen neighbour. It was a success. 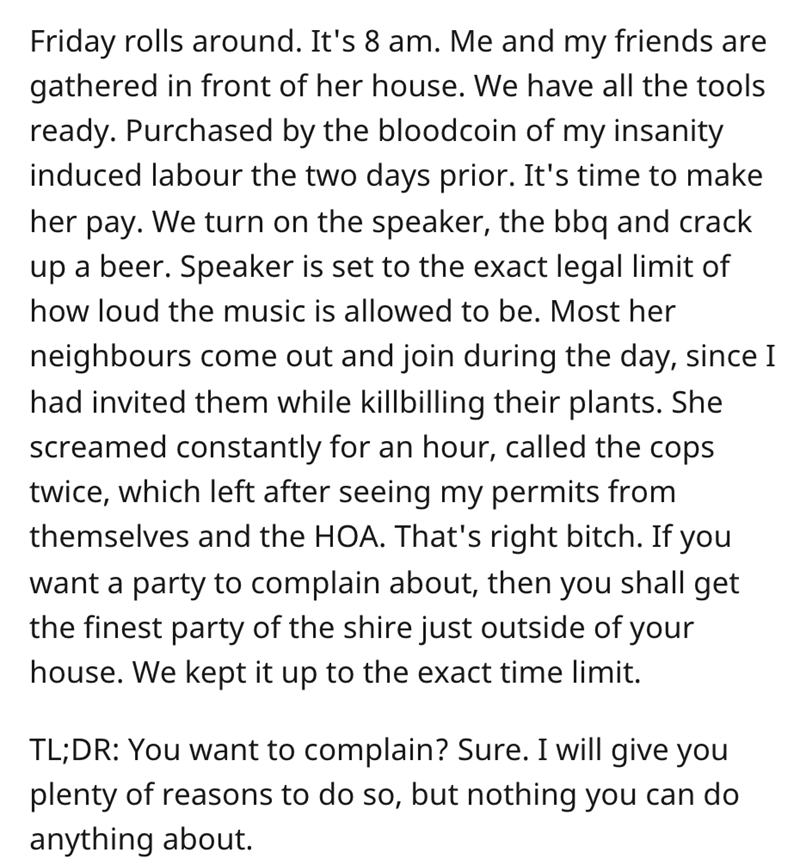 I will never be able to understand Karens. How can they hold a grudge against a sixteen-year-old? People like her go out of their way to create some drama and it just baffles me. Karen got what she deserved. 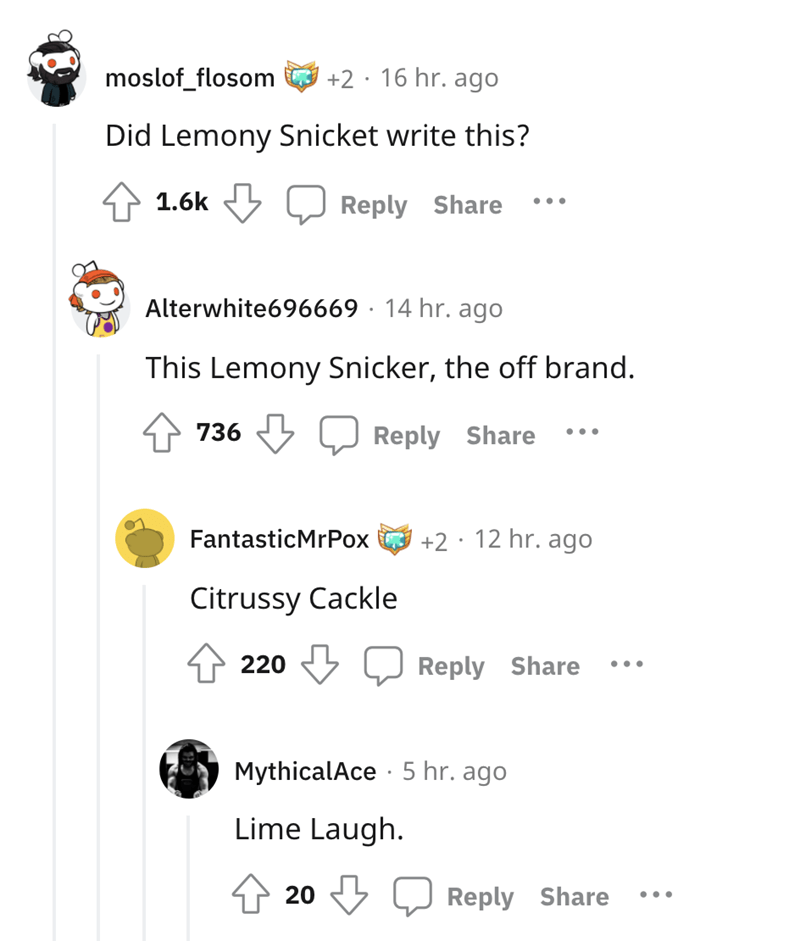 How did she even get away with that? 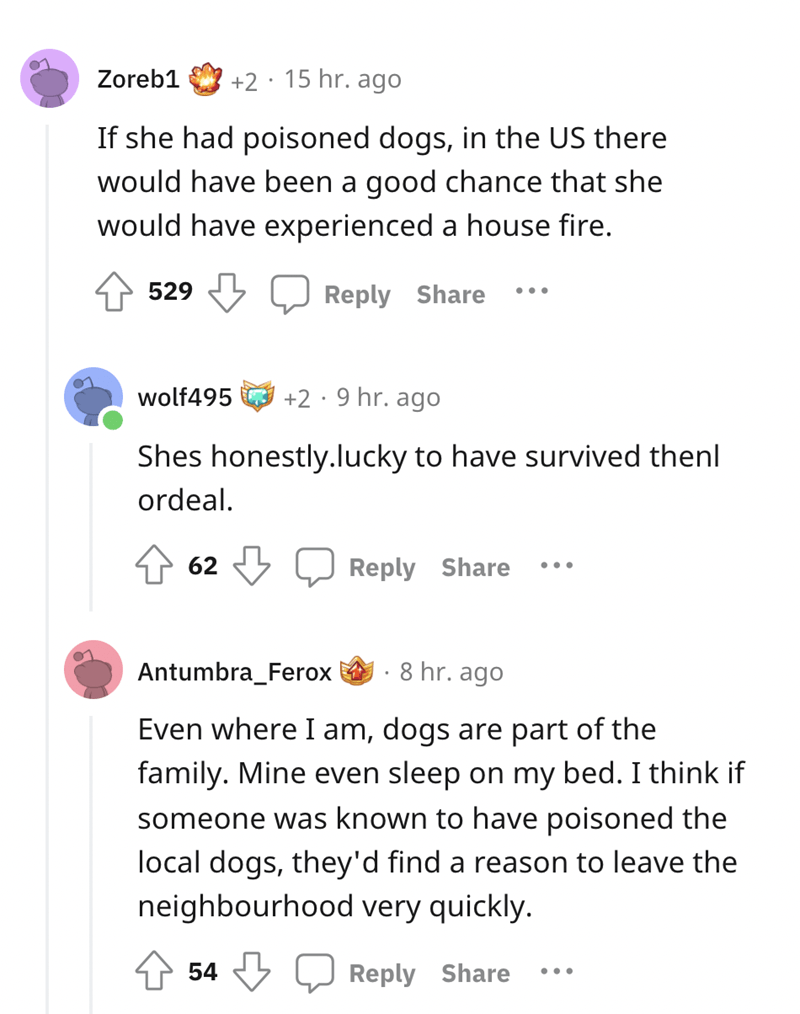 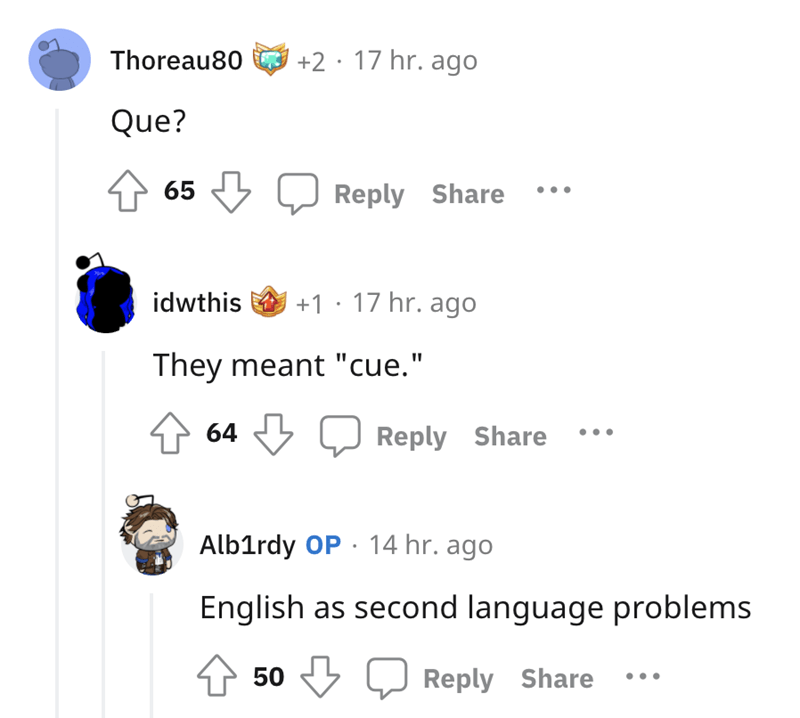 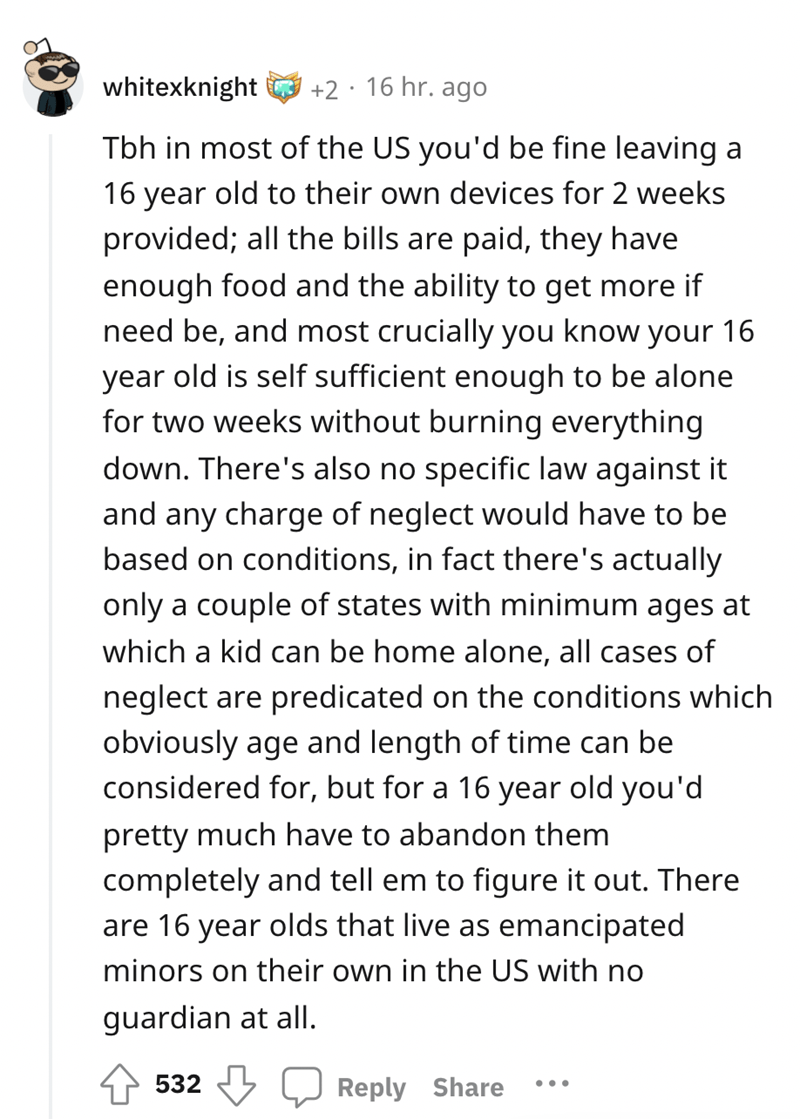 OP did use some colourful language.

That woman should be behind bars. 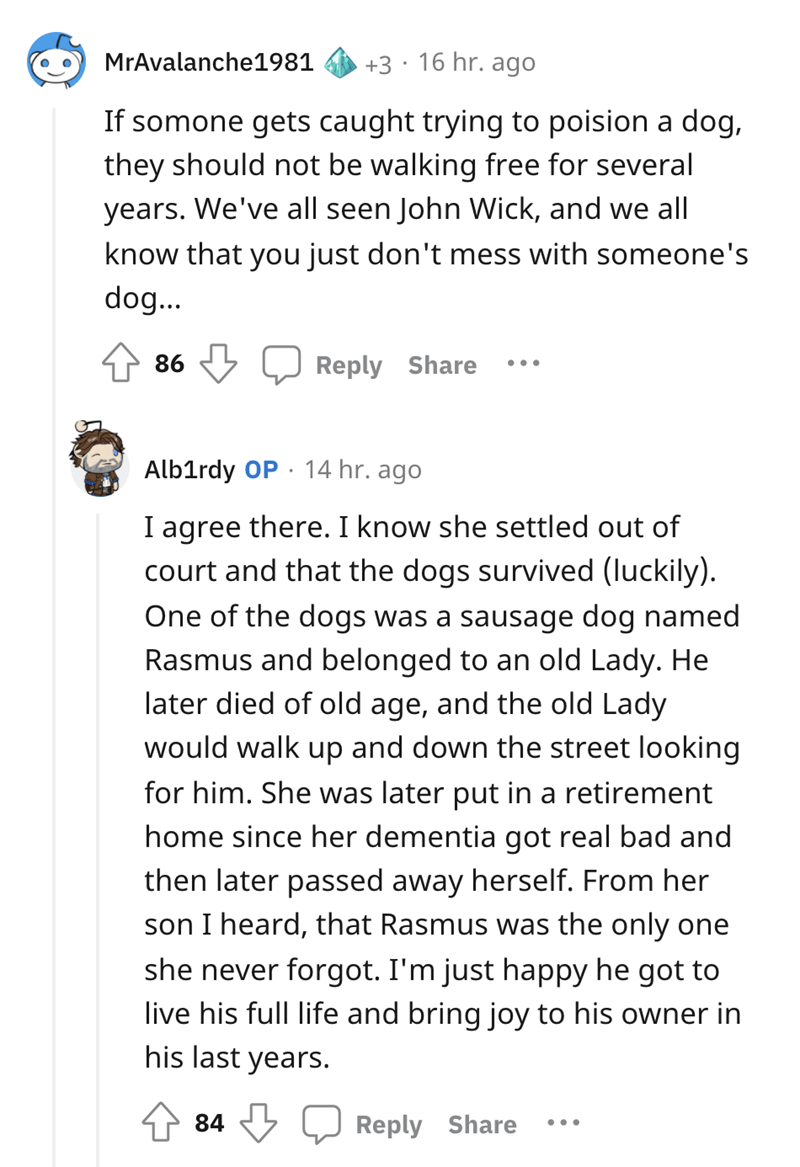 Do you think OP did the right thing? Let us know your thoughts in the comments below.