Some jobs don’t let you have any say in things.

Some companies think that they own their employees and that they do whatever they want and the employee will just listen. Most of these companies think that the employee can’t leave them whether it might be because of a bad economy or something else. And so what they do is take advantage of the situation and put arbitrary rules for the workers that don’t help anyone. That is exactly what this company did.

I mean, this company changed the rules so the employees could only have lunch inside the premises and that they can’t go outside during their lunch break. This honestly sounds pretty weird to me and the fact is that they aren’t even going to get paid for their lunch. The only companies who ask their employees to have lunch inside actually have paid lunch and that is why they do it. But this particular company wants to have its cake and eat it too.

At first, everyone thought that she must have been joking but sadly that wasn’t true. 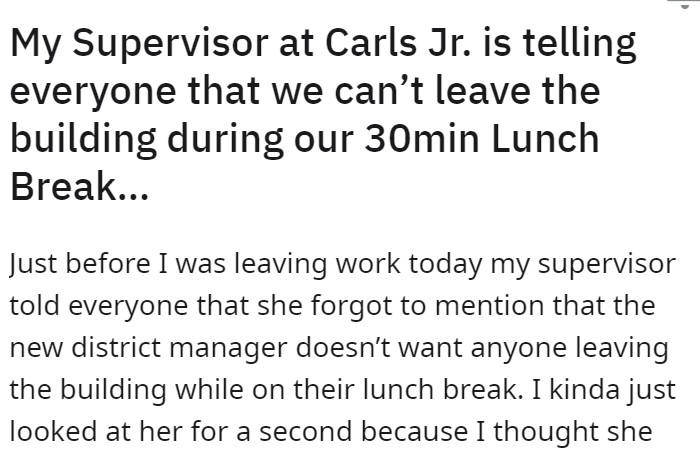 And so this new rule was implemented without talking to any of the employees first.

While I wouldn’t recommend smoking inside in front of the camera. Smoking in a blind spot might be okay s long as they don’t get video evidence. This might just make the company rethink this new rule. I mean it is called a break for a reason so an employee could do whatever they want in that time. And putting arbitrary rules on them is not helping anyone. I don’t understand why the company did it in the first place? Were they afraid that some employees would just leave during their break and never come back? I can’t think of any other reason. 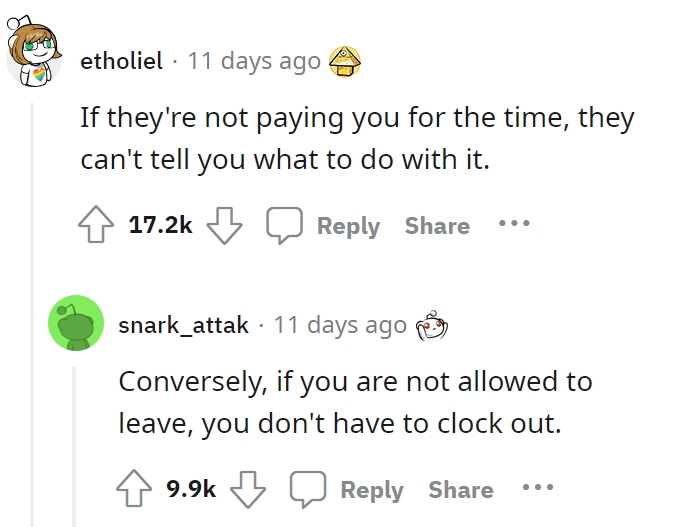 There should be a choice. 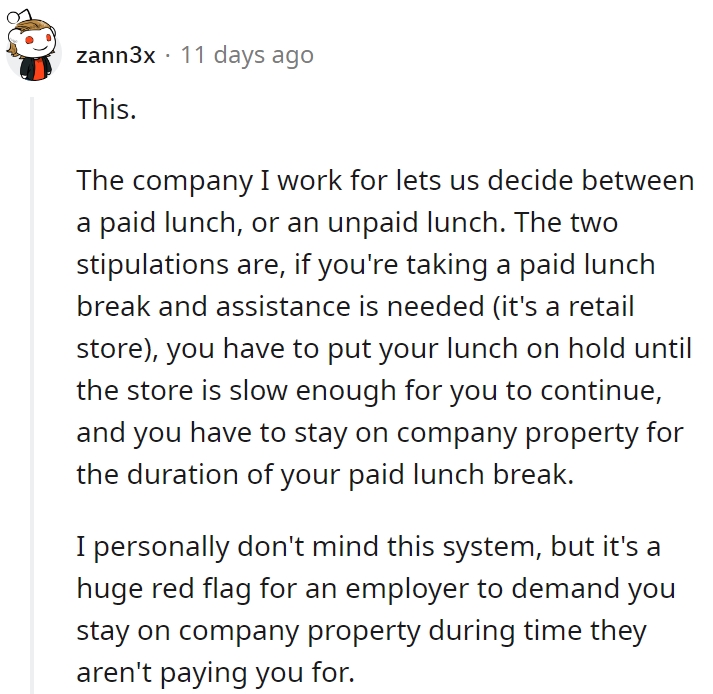 It just depends on the place. 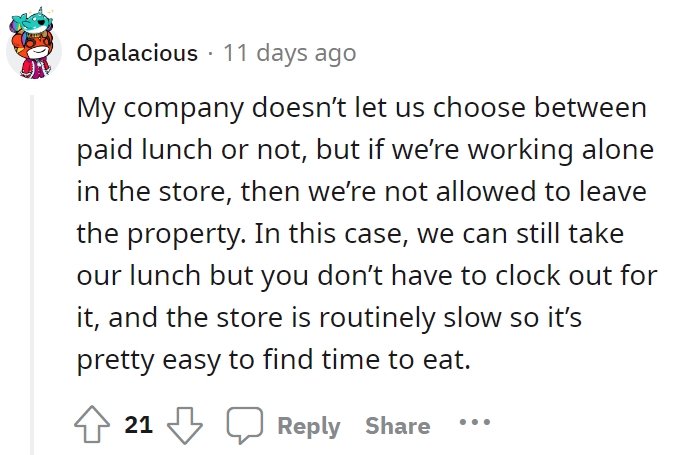 What else can they do? Are they also not allowed to smoke anymore?

Every company has its own unique rules. 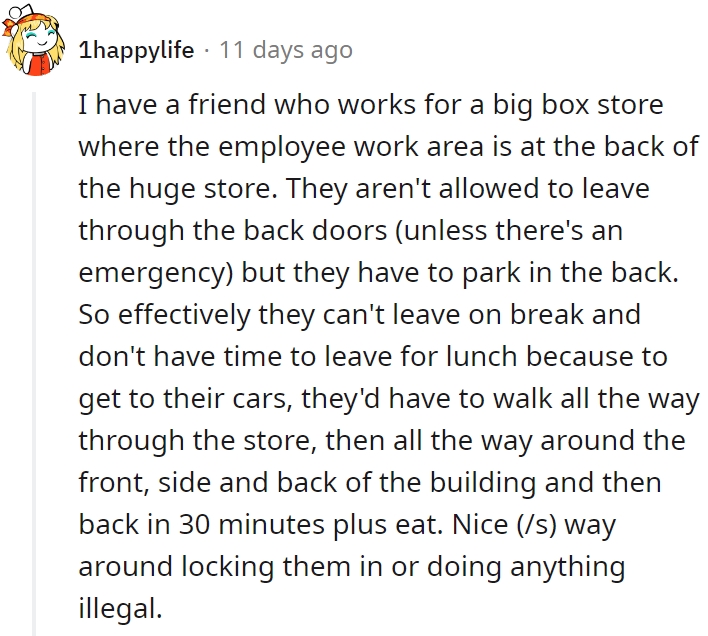 This might have been the way to go in this situation. 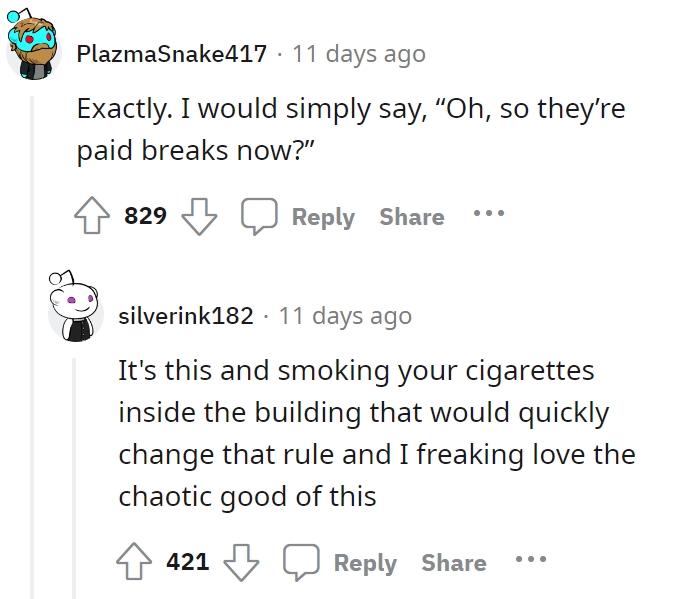 As long as they don’t get video evidence, everything will be fine. 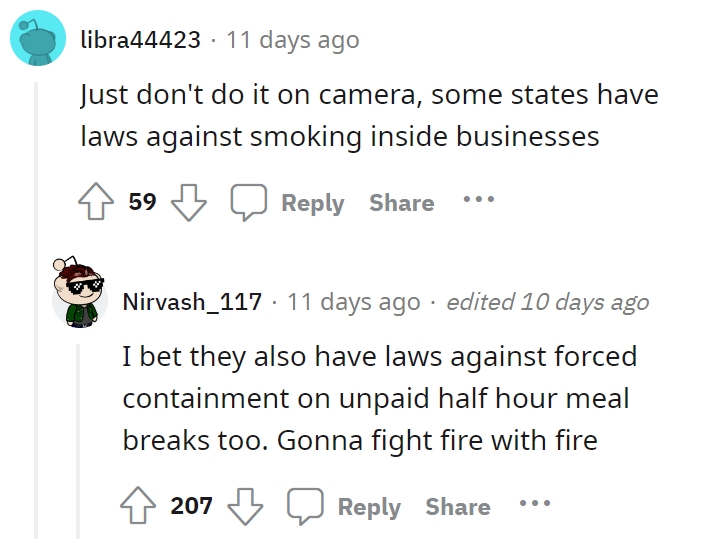 Fighting fire with fire might be the way to go on this one. I mean most countries do have laws against this since they aren’t actually getting paid for their lunch break. I can only hope that we get an update and see what happened with this new rule and whether everyone was okay with it. I doubt it but you never know.

HR doesn’t always help but it is worth a try. 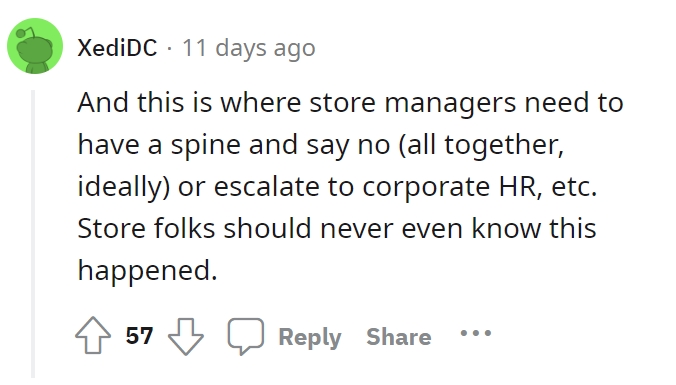 I can’t understand the reasoning behind this either. 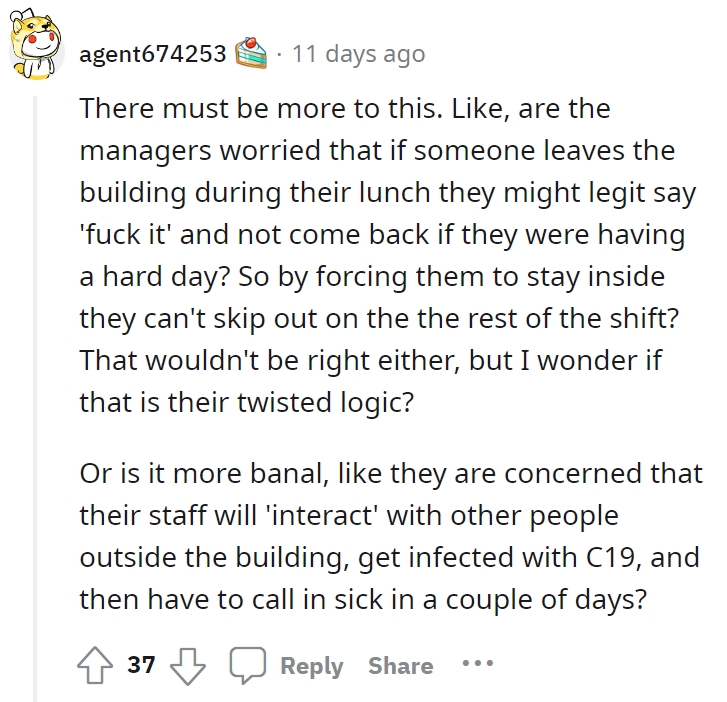 What are your thoughts on this scenario? What would you do if this ever happened to you? Would you try to get your revenge, let it go, or talk with eh management? Comment down below and let us know. Don’t forget to share this thread so other people can join in the discussion as well.