Many people have the same last name.

No matter what a unique name you have there is bound to be a person with exactly the same name as you are. And there is no point in getting angry about this. However, it seems this woman didn’t like the fact that the ex-wife of the guy she is married to now hadn’t changed her last name.

While I can somewhat understand why it would rub her the wrong way but changing your name is not easy and can be quite expensive. So while this woman does have the same last name as her ex-husband does it really matter at this point? To put it in perspective they have been divorced for more than twelve years so I don’t really understand what the issue is at this point.

While I personally would never change my name even for my significant other, some people do. 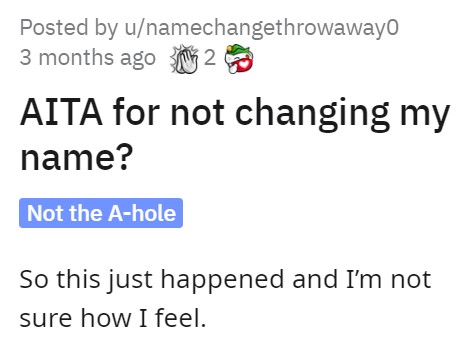 And they have been apart for 12 years with the only thing connecting them are the kids. 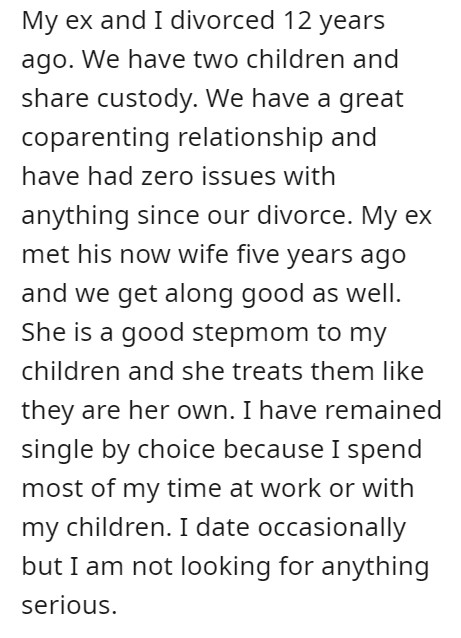 But just when it seems like things are going well for both individuals the current wife chimes in. 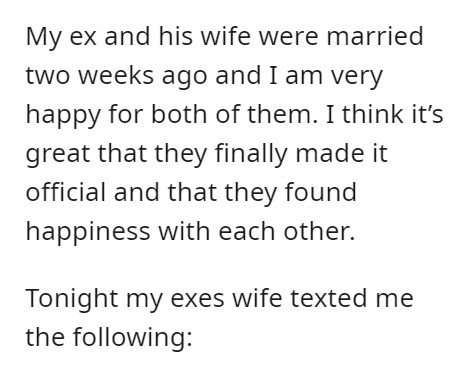 I don’t know about you but something about the message just hits me in the wrong way. 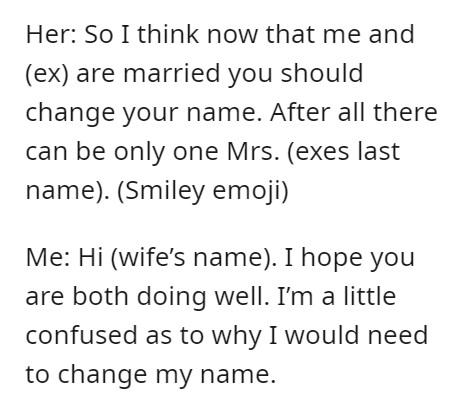 I am sure his last name is not that unique and a quick google search might just prove that. 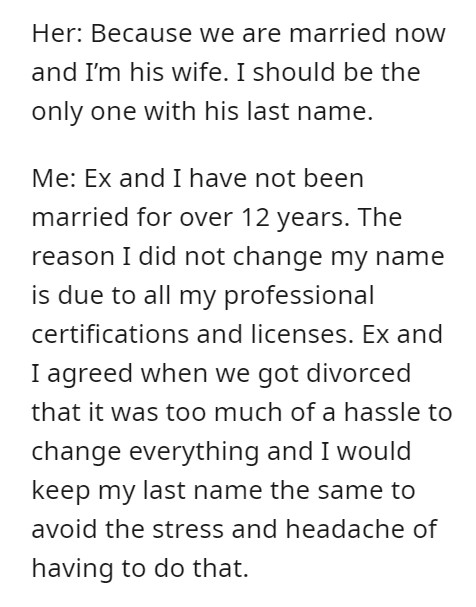 But this woman was not having it.

NTA, and you never needed his agreement to keep the name in the first place. You can legally call yourself whatever you like. The new wife is being ridiculous, because unless I’m missing something you are NOT Mrs. X, you are Ms, Miss, or whatever.

In any case, perhaps mention to him that if you were to change your name then you’d also be changing his kid’s names to match. –andylovestokyo

However, it didn’t just end there as the ex-husband then decided to call her and pressure her to change her name. 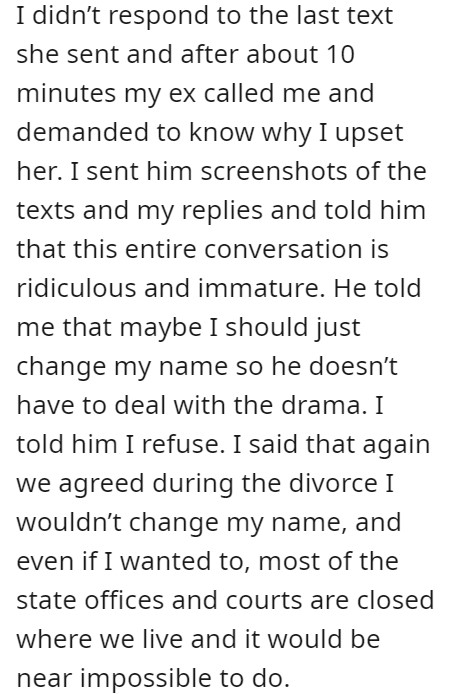 If she feels jealous, that is her problem, not anyone else’s. 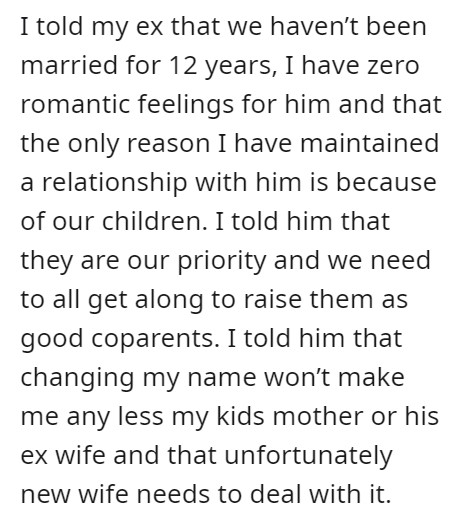 If he is so hell-bent on this, he should pay for all the name changing expenses himself. 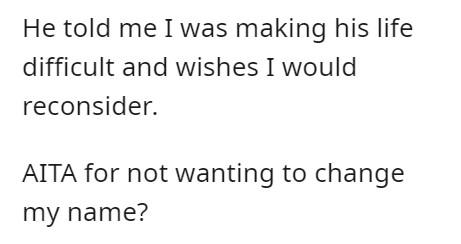 And then she had an update on what she has been thinking about. 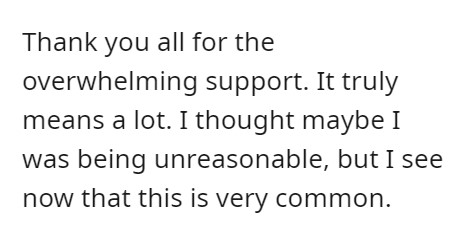 She also clarified why she doesn’t want to change her last name. 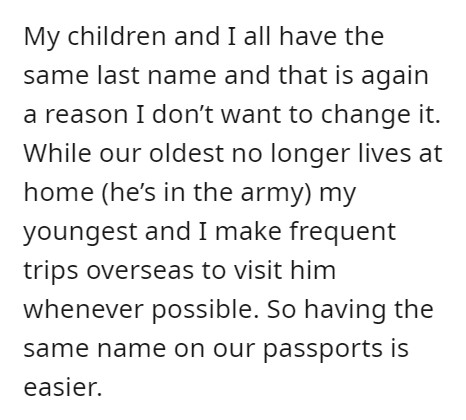 NTA! His new wife is being problematic.

My mother and father divorced around 18 years ago (I’m 21F) and she never changed her last name, specifically because she didn’t want to have a different last name than her own children.

My father and his new wife have no problem with that, however, she also never changed her last name to his. –goofyghoul111

It is simply because it is convenient, nothing more, nothing less. 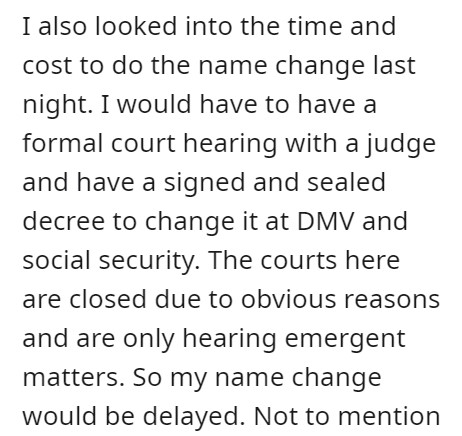 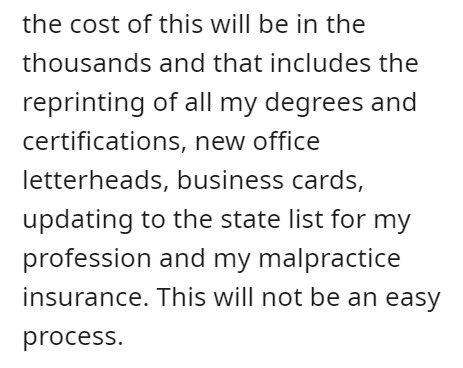 They should understand this and let it go rather than developing into a mess. 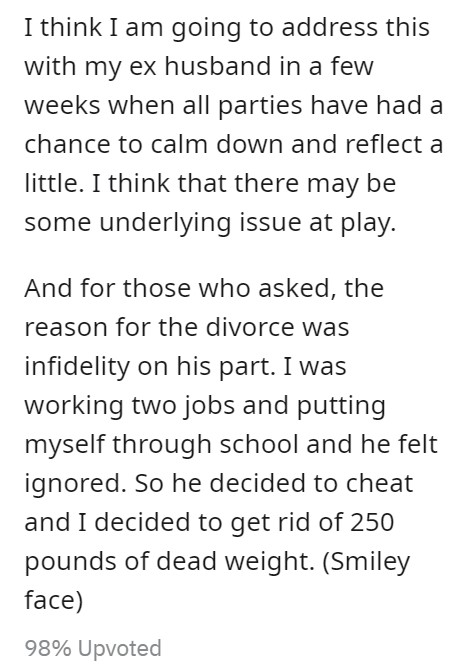 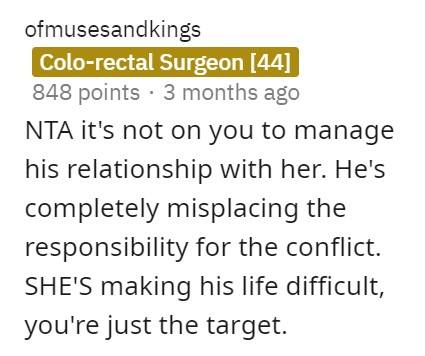 Also, whatever “drama” or difficulty he’s facing is likely nowhere near the hassle of reversing the name change you’ve had for over 12 years. Like, 2 hours of arguing vs literally months or years of hassle. F**k em both. –18hourbruh

What would you do in this situation? Would you change the name or keep it? Let us know in the comments below and don’t forget to share.