This is the most entertaining family drama ever.

There is just so much entertainment on the internet, it can never go out of quality entertaining content for us to laugh at but what definitely attracts our attention the most is the real family drama we read on the internet. I swear, that never fails to amuse us. The strange and cringey families that do not know how to keep their personal matters private are the ost who always have the most hilarious online arguments. Especially the ones on Facebook, those are the ones who always take the cake. We came across this extremely funny online family feud, the mother-in-law accused her son’s wife of cheating in the comment section of a woman’s post who is trying to sell a baby bassinet. Yes, it is as strange and crazy as it sounds. Keep on scrolling down to read the whole story with mind-blowing plot twists yourself…

1. So basically, it all started when this woman posted pictures of a baby bassinet she is trying to sell. Many users commented to know if this is available along with Ashlee but her mother-in-law thought it was a perfect moment to start an argument with her in the comment section. 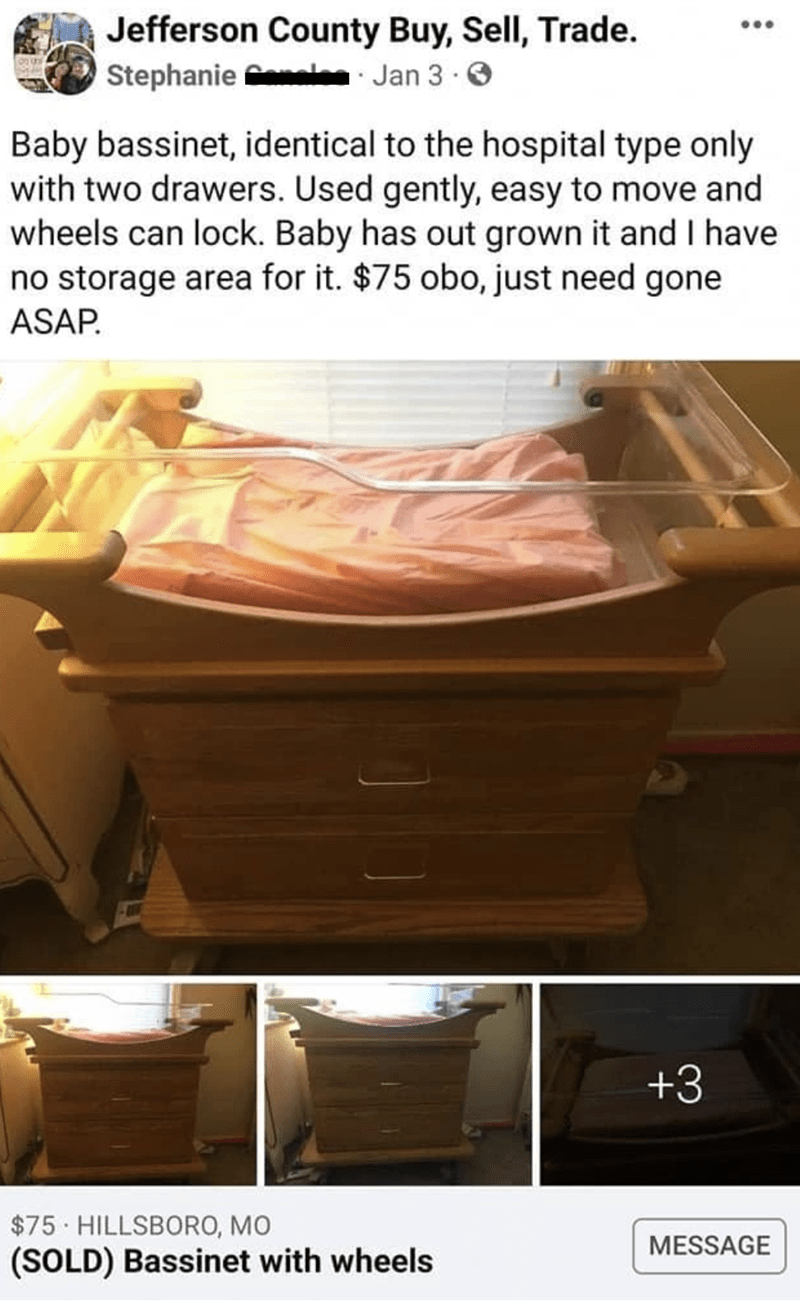 2. Here her mother-in-law accused her of cheating with a guy who works at QuikTrip and claims the baby is not her son’s since he is in jail. Whew, so problematic. 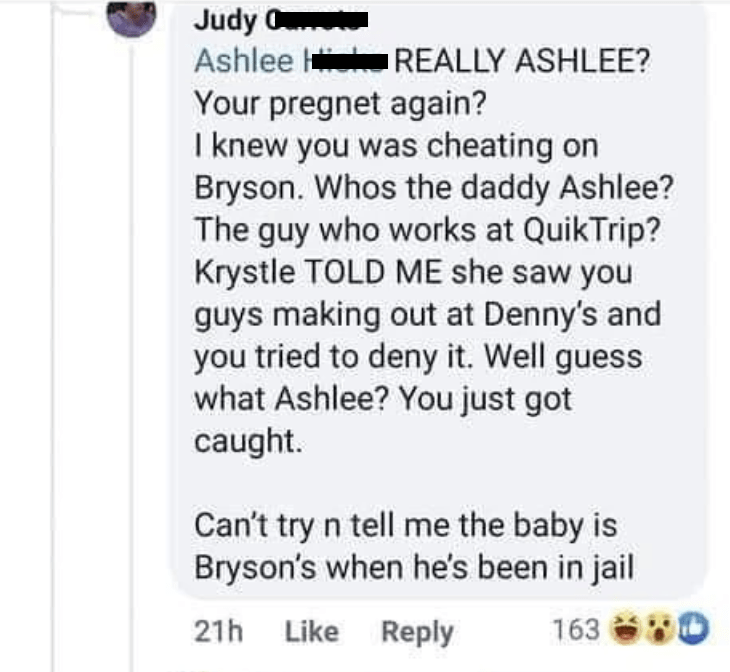 3. Ashlee firebacks at her mother-in-law Judy and states firmly she is not going anywhere nor are her children with a piece of unwanted detailed information about her private life. 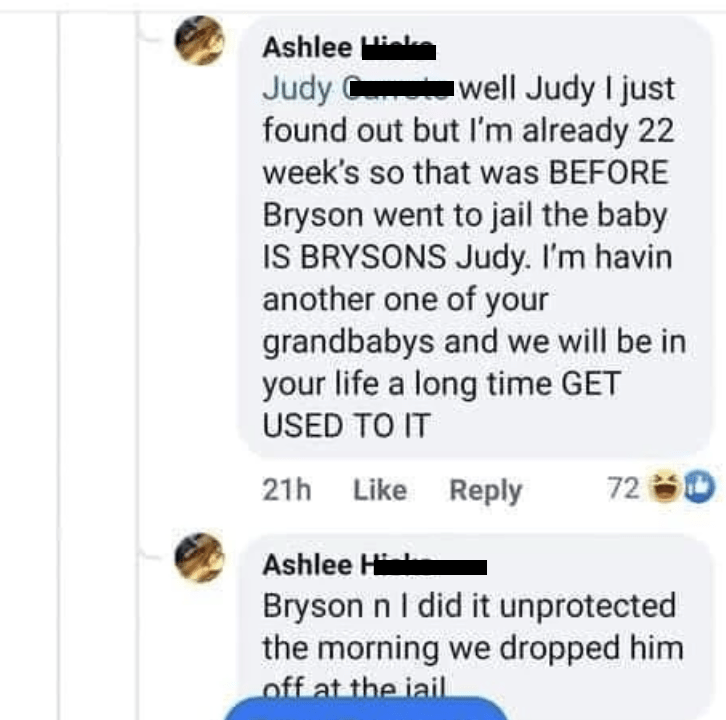 4. Uh, oh…So now Judy accuses daughter in law of alcohol abuse all the while being ‘pregnet’. This is getting spicier and intense with each comment. 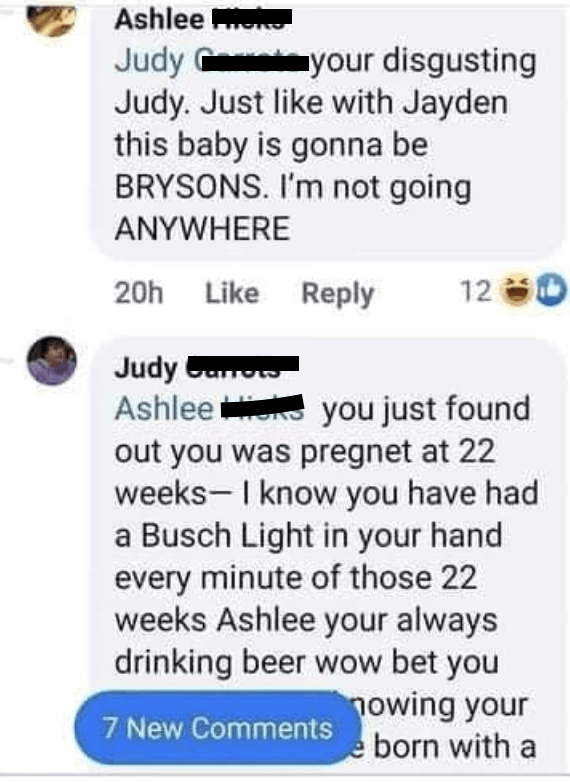 5. Judy claims Ashlee’s baby is going to be born with a beer belly, whatever that means, and Ashlee firebacks accusing mother-in-law of doing the same when she was ‘pregnet’ too. 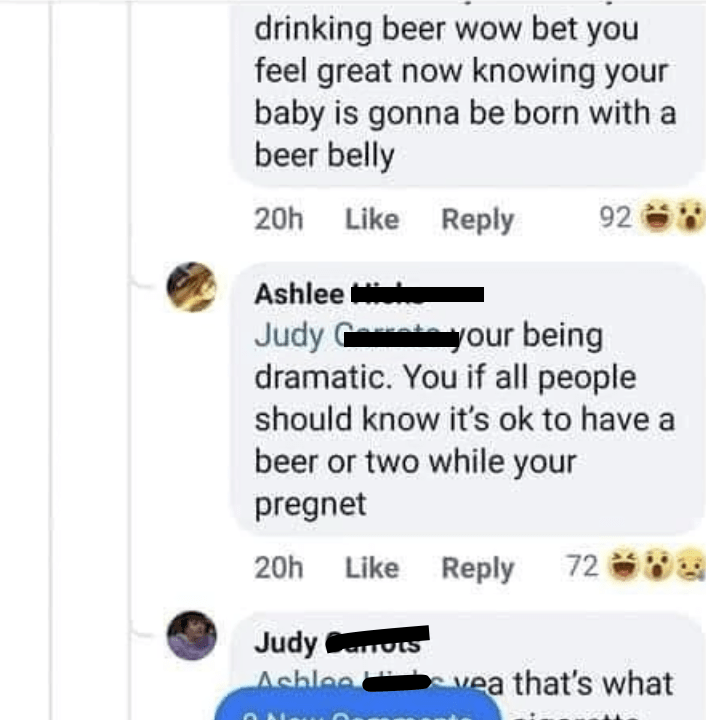 6. Now, Judy has another accusation against Ashlee that she is also a chain smoker which is why her firstborn son has ADHD. Ashlee does not hold back from accusing mother in law of being a bad parent as well since her child has also ended up in jail. All I have to say is God bless Jayden… 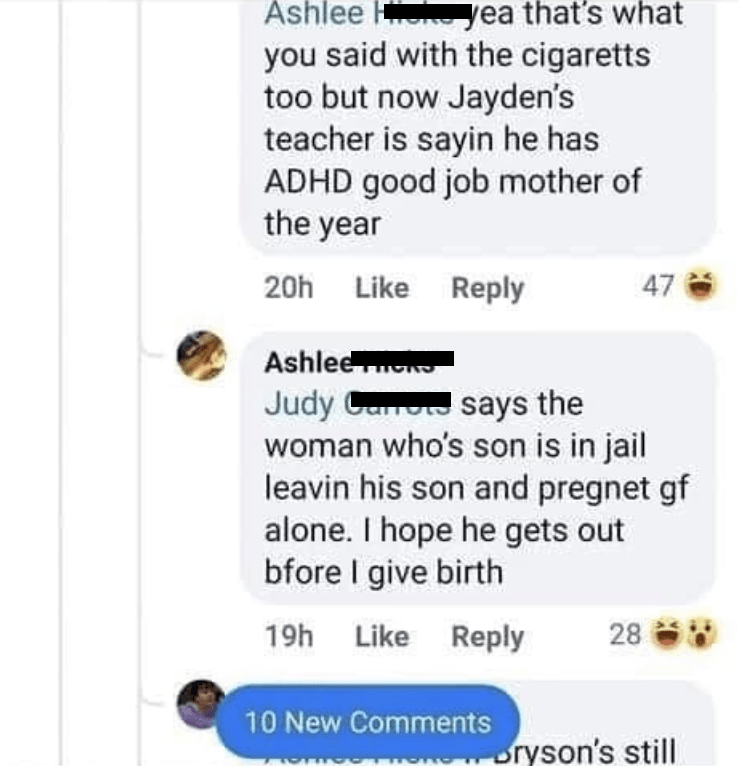 7. Judy seems to be lacking a good comeback so she goes back to making personal attacks on Ashlee, claiming that she has an affair with the QuikTrip guy and the high school student working at Taco Bell who also sells cannabis in the drive-thru. What is going on here?! 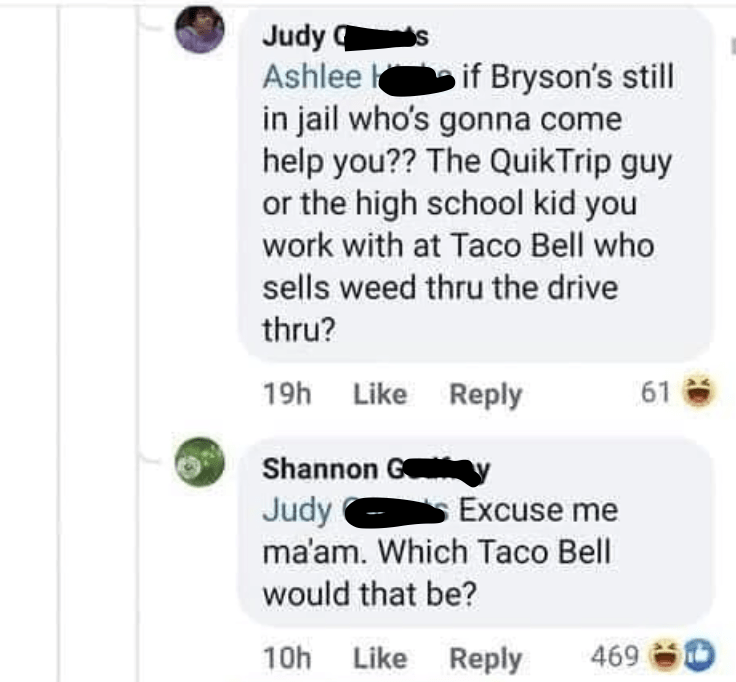 8. Other users do not hold back from joking about this scandalous family’s cheating drama. Some are just interested in knowing the location of Taco Bell and some claim that this is a fabricated story. 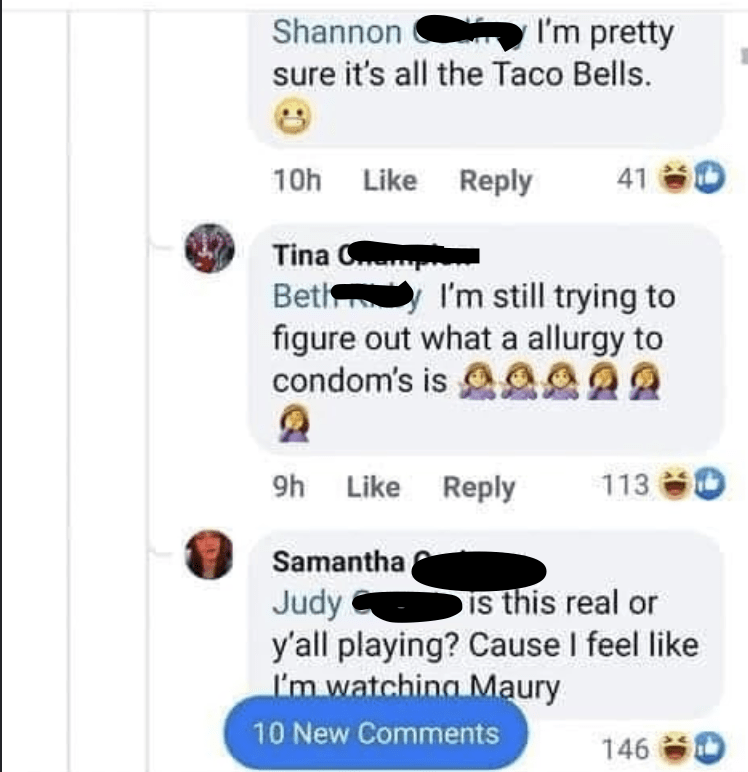 9. Ashlee goes on to explain exactly why she can not use protection is because of her allergy to latex and tags an article to prove such allergies do exist. 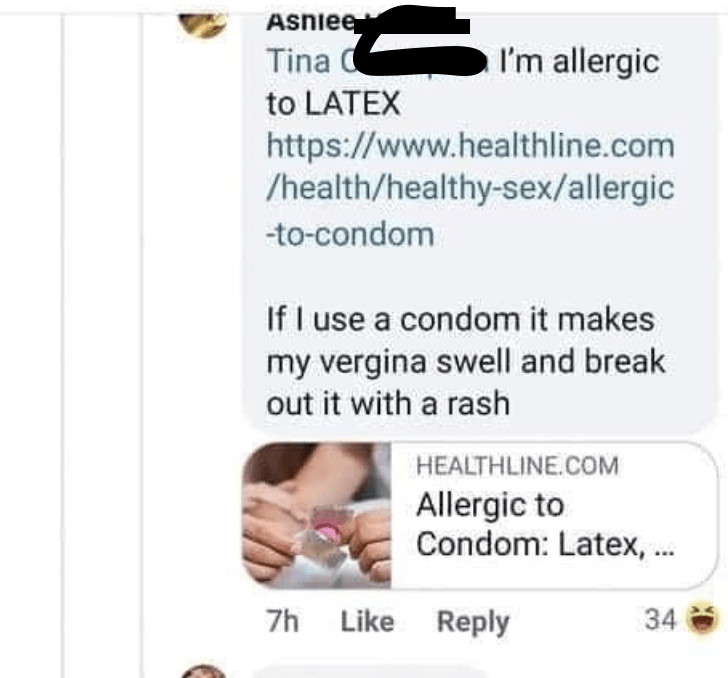 10. Bystanders on Facebook seem to be having a great laugh at Ashlee’s comment and her spelling problems. 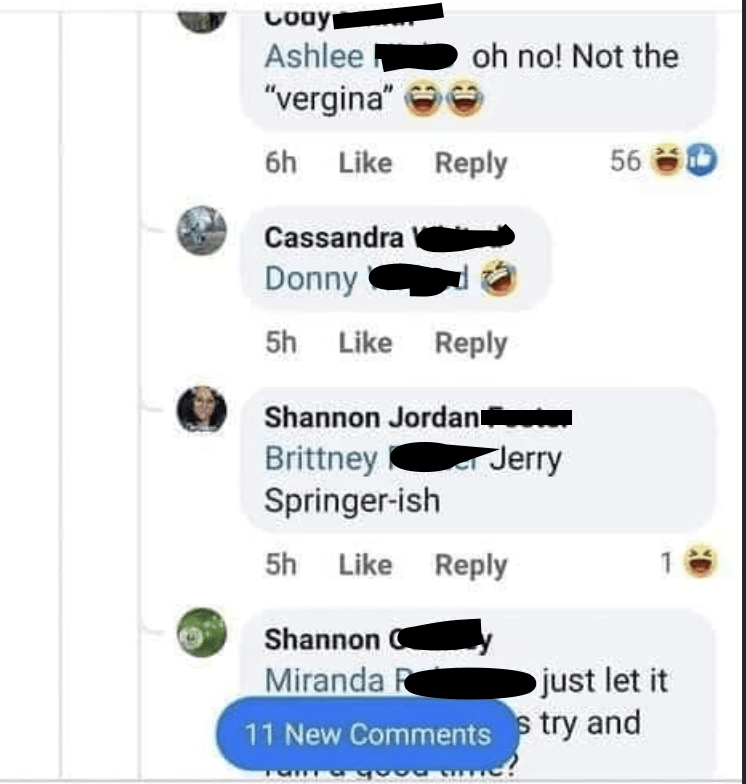 11. People find the whole family drama extremely amusing and can not help but crack a joke on the family every chance they get. 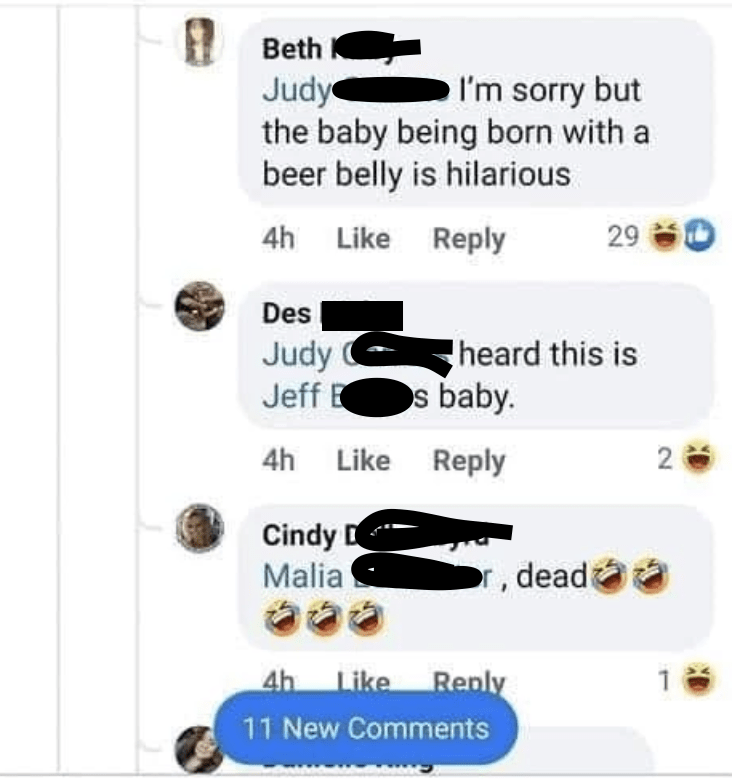 12. One user comments a short summary of the whole scandalous family story. Judy points out a mistake they made and felt the need to correct it as she comments that it is not her grandbaby because apparently, Ashlee is not a woman with a good character. If you know what I mean… 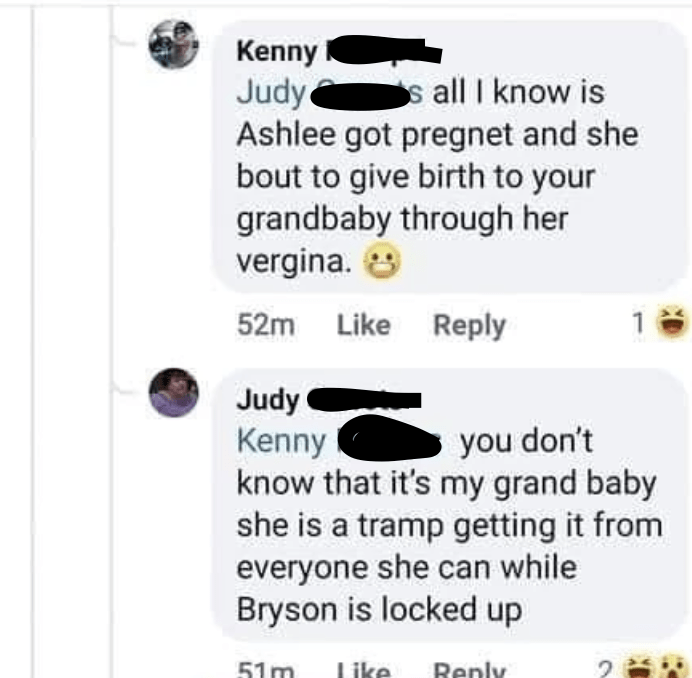 13. Facebook users find the family drama rather entertaining, they start making fun of the two ladies and their mutual spelling mistakes. 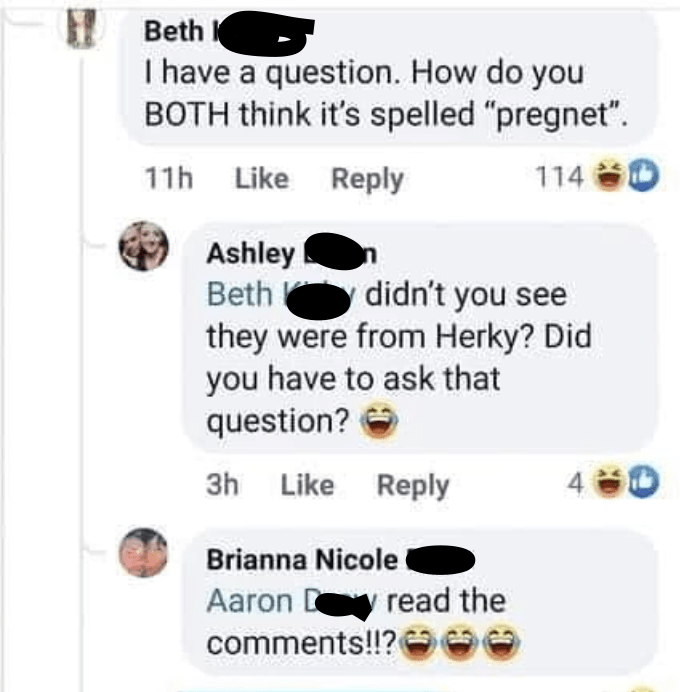 14. Everyone is tagging their friends in the comment section to have a laugh together at this cringey family while this one person genuinely asks if the long-forgotten baby bassinet is still available or not. 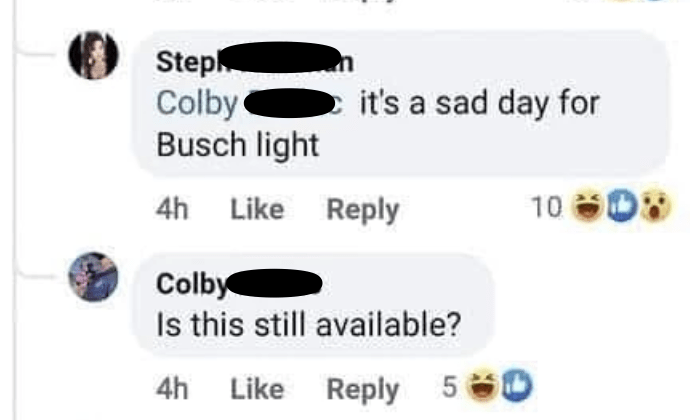 15. The Facebook users are not holding back with their hilarious jokes, some are still curious to know more information about the infamous Taco Bell and others are just making fun of poor Bryson who is still in jail and probably does not know all the chaos his mother and wife has caused. 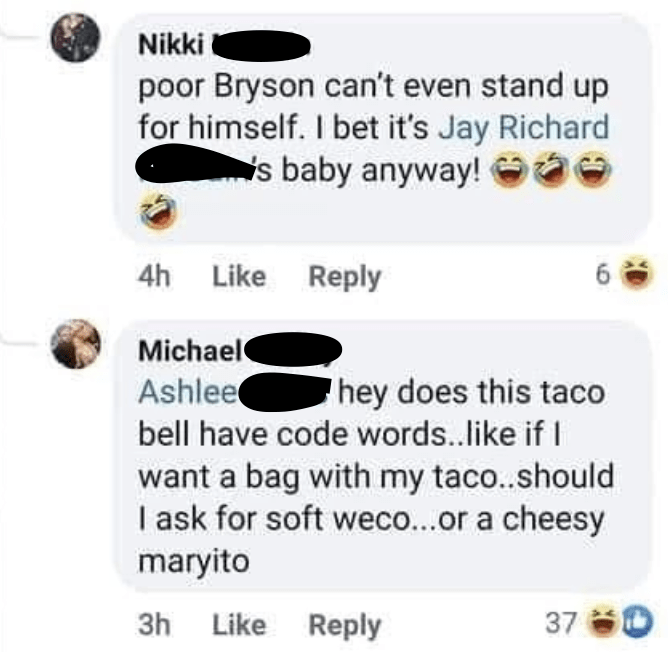 16. Here is another user expressing her new profound love for Taco Bell. 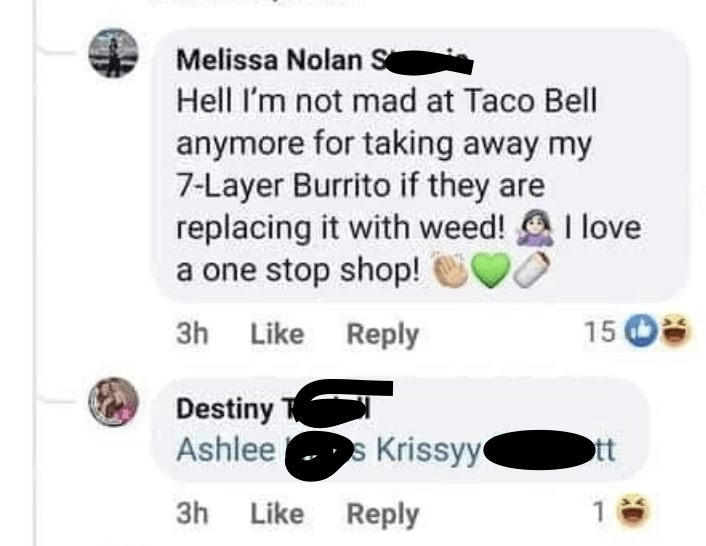 17. People continue tagging their friends to let them in on the hilarious family drama. 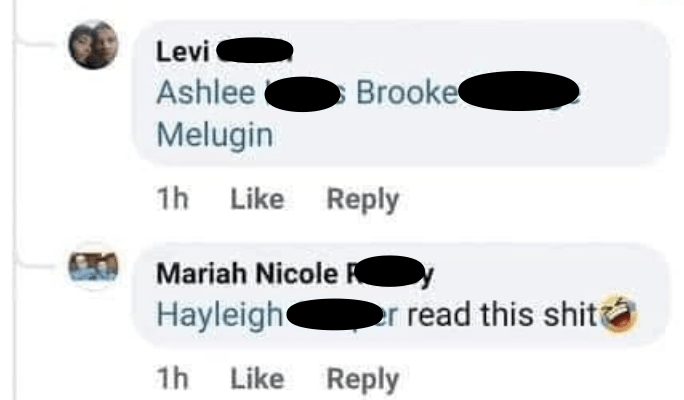 18. Oh, God. I just can not keep up with this family and their plot twists in the accusations they keep making against each other. Just enlist all of them at once?! 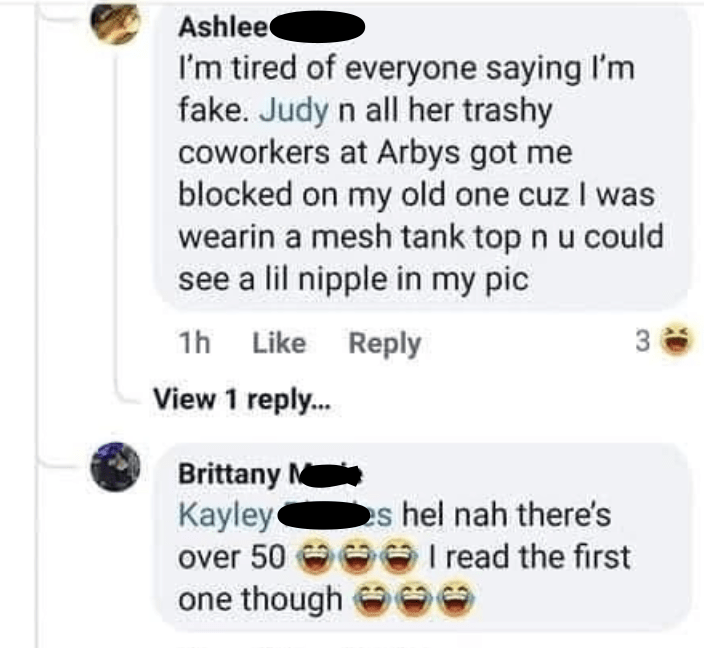 19. So, this is the infamous Bryson both of the women seem to be fighting for. I am done, guys. 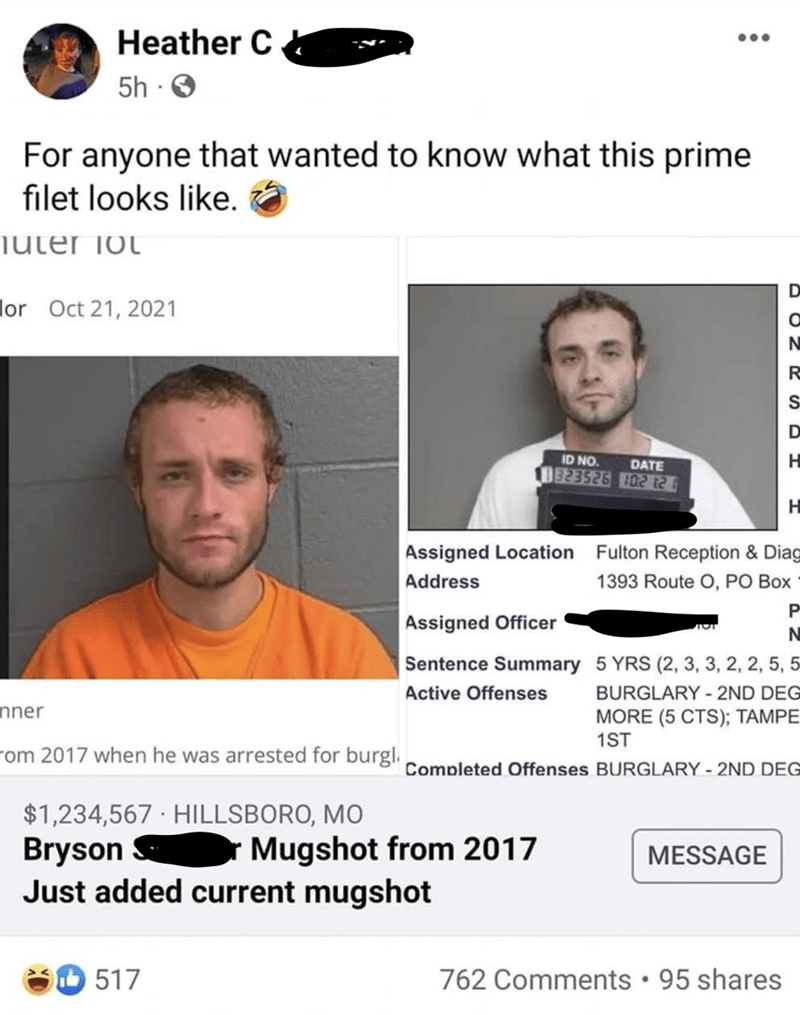 20. Okay, now another user has come up with another unsolved mystery about the mother-in-law Judy. She has a lot to say about her daughter-in-law, care to explain this, Miss? 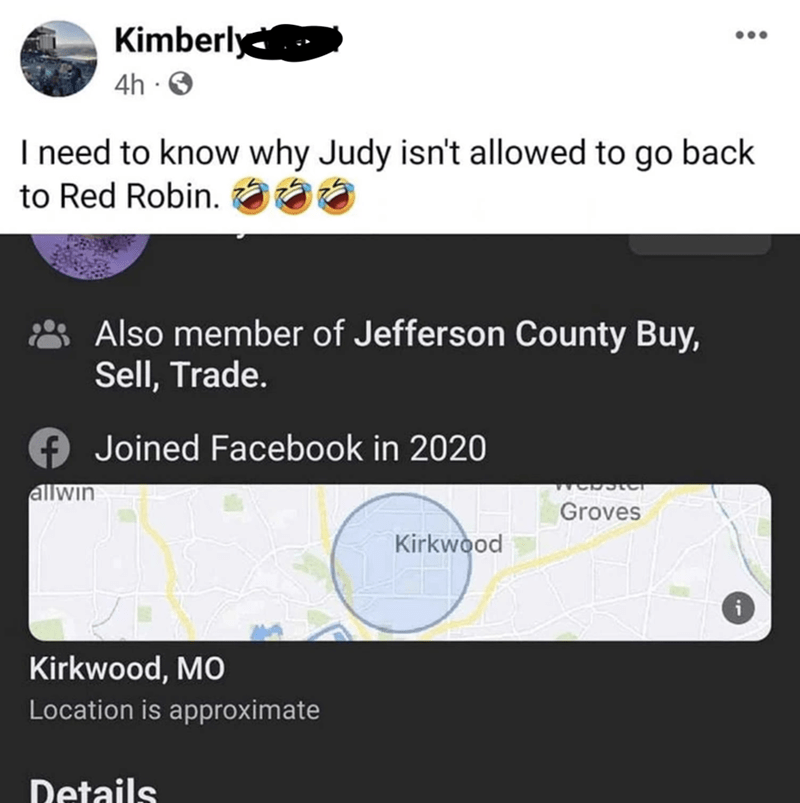 21. Judy is now looking for serious buyers for this QuikTrip men’s uniform shirt that she allegedly found in Ashlee’s ‘unimpressive’ car. Why would she think the guy most probably be called Trevor? This family is insane! 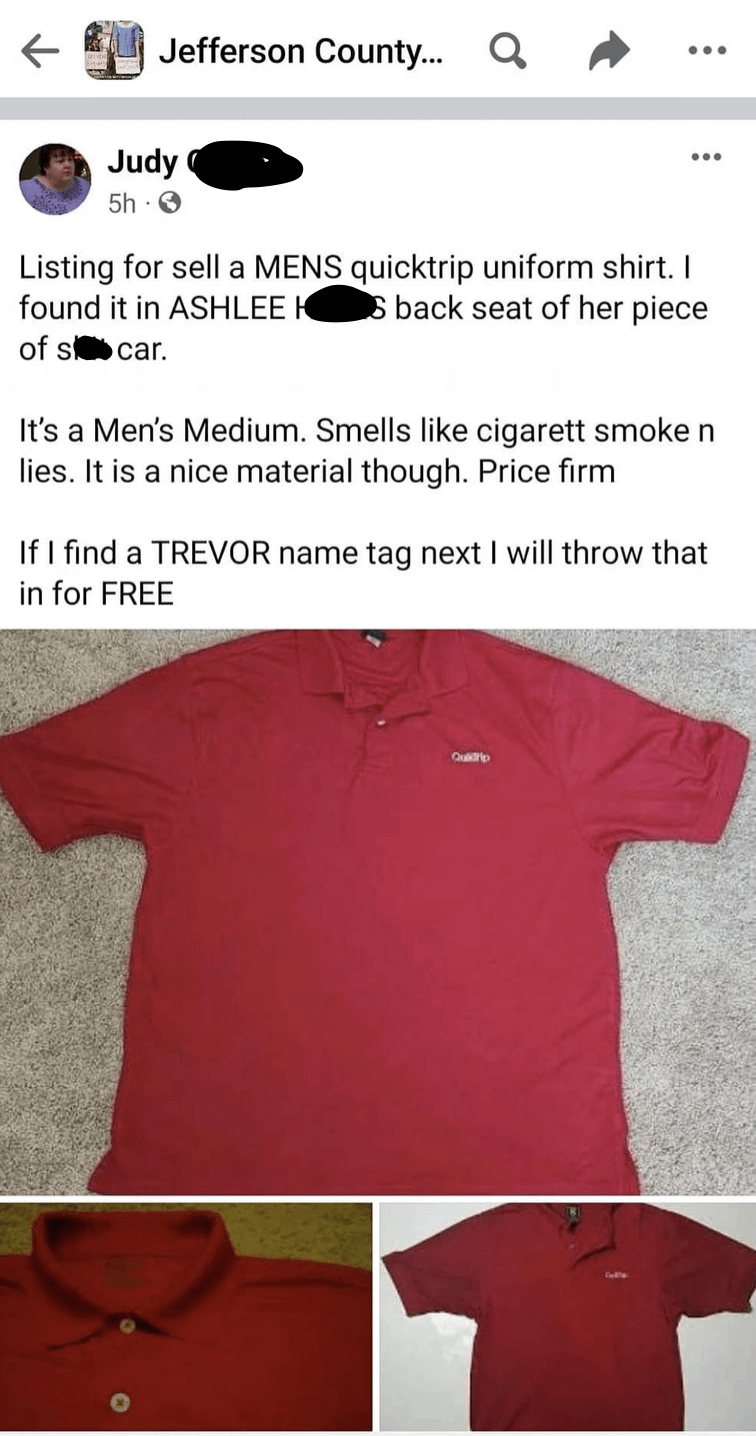 Okay, wow. I was not expecting this family drama to be so hilarious. This is just too much for me, I could not keep up with all the accusations and plot twists by the end of it. I am sure there is more to the story and this family feud did not end so easily, I am really curious to know what happens next. I feel so invested in this family drama that I want to know each and every little detail about it. Those unwanted and inappropriate details they gave in the argument were exactly what made this whole thing so amusing honestly. I believe we all need answers, who won?! Was it Ashlee or Judy? Keep on scrolling down to see comments of people on this cringey family drama…

23. I still can not stop laughing at that.

25. I bet this is all of our reaction to this family drama. 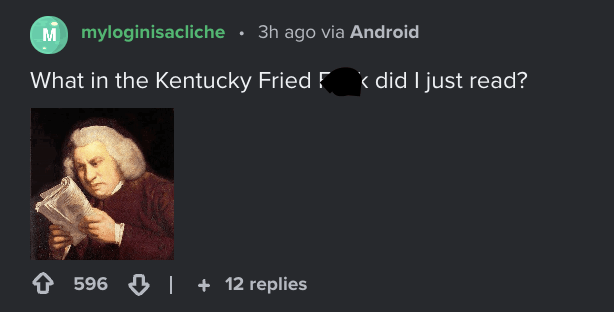 26. It was definitely a very cringey roller coaster ride.

27. Please, share the location of that infamous Taco Bell. Some of these people need it very badly.

28. This is so hilarious. Legends say that he is still waiting for the reply. 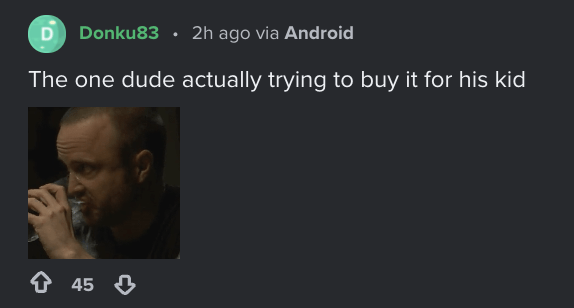 29. Just tell them already, they all are dying to know.

30. I actually feel bad for the kid who unwantedly got born in this strange family.

31. I am afraid I won’t be able to get this sentence out of my mind for a long time.

32. I swear! This is the craziest conversation I have ever read.

33. Whoever needed to hear this, thank this person.

36. Oh, please! I am trying to forget about this or else I will have another laughing fit.

I was so invested in this family feud, I can not help but want to know more. What are your opinions on this strange family’s cringe arguments? Do you think it was real? Tell us in the comments down below…