Never be over smart with a teacher. You will regret it.

We all had those extremely rude classmates in school who would make fun of the teacher and disturb the whole class with their stupid antics every chance they could get. It is not only disrespectful and a waste of time, but such acts can also ruin one’s future without them even realizing it. As a kid, we all think these little stunts these class clowns pull in the classrooms are funny but later in their adulthood, they come to realize how bad they were. The misbehave towards a teacher can be very damaging to one’s future or career. Please listen to your teacher carefully when they are teaching you and gain knowledge, they are there to make sure you have a bright future so do not waste time on stupid things. Your childhood is the most precious time.

Other than rude and misbehaving students, unfortunately, teachers also have to deal with their just as much rude and misbehaving parents. I swear it is not an easy job to be a teacher, they are really underrated and they do not get enough appreciation for all the hard work they do. Some parents can be so problematic. Take these entitled parents as an example, they tried to outsmart this teacher by demanding she should not use metrics units in maths problems because they do not use that in America. What the teacher did next made the parents shut up. Keep on scrolling down…

1. So this girl posted on her Reddit account the story of her sister who is a math teacher. One day she assigned a math problem to the 4th graders in the metric unit which apparently pissed off one of the student’s parents. 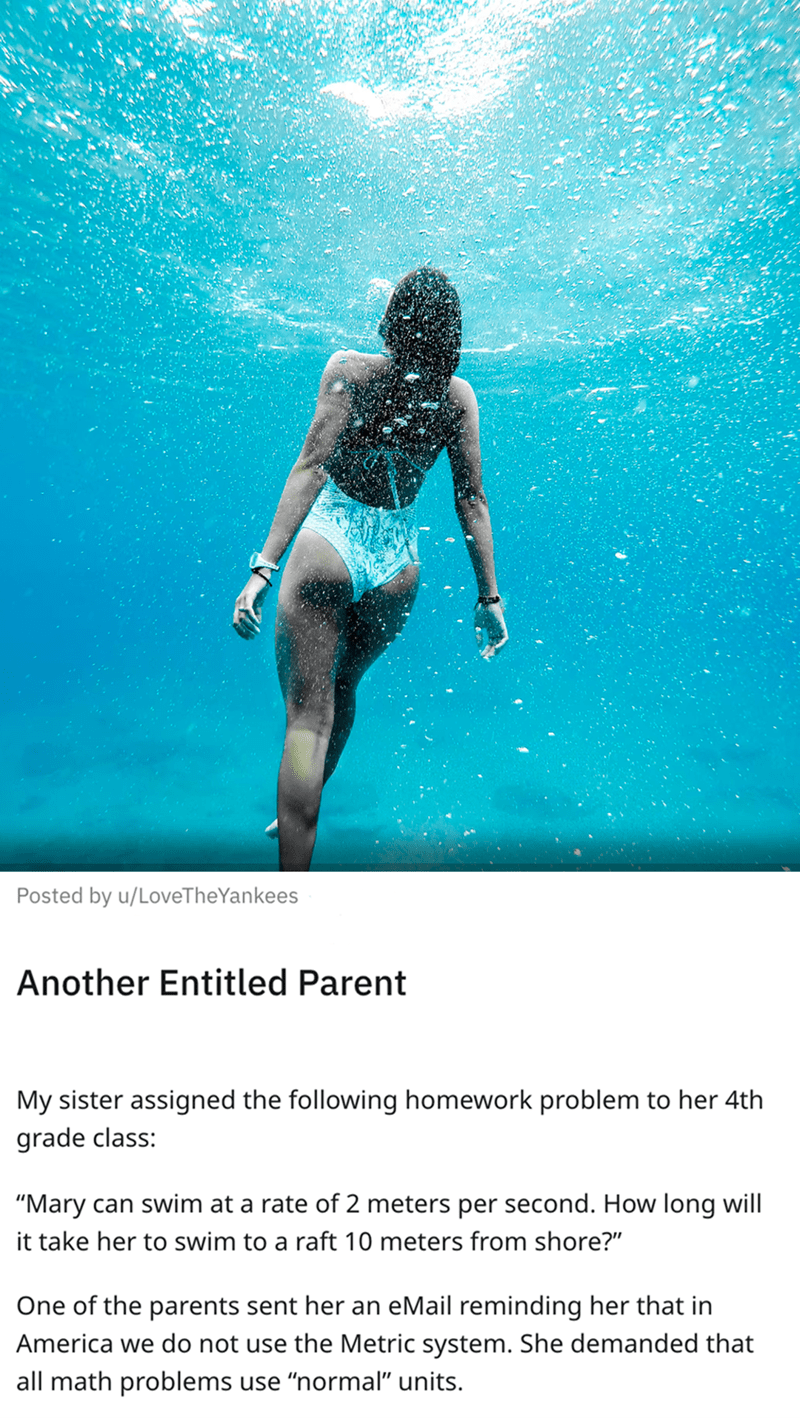 2. The teacher came up with a new problem that was too difficult for 4th graders to solve but served the student’s parents right. I am sure, they kept their mouths shut after that.

3. This was incredible, you guys really blow our minds. 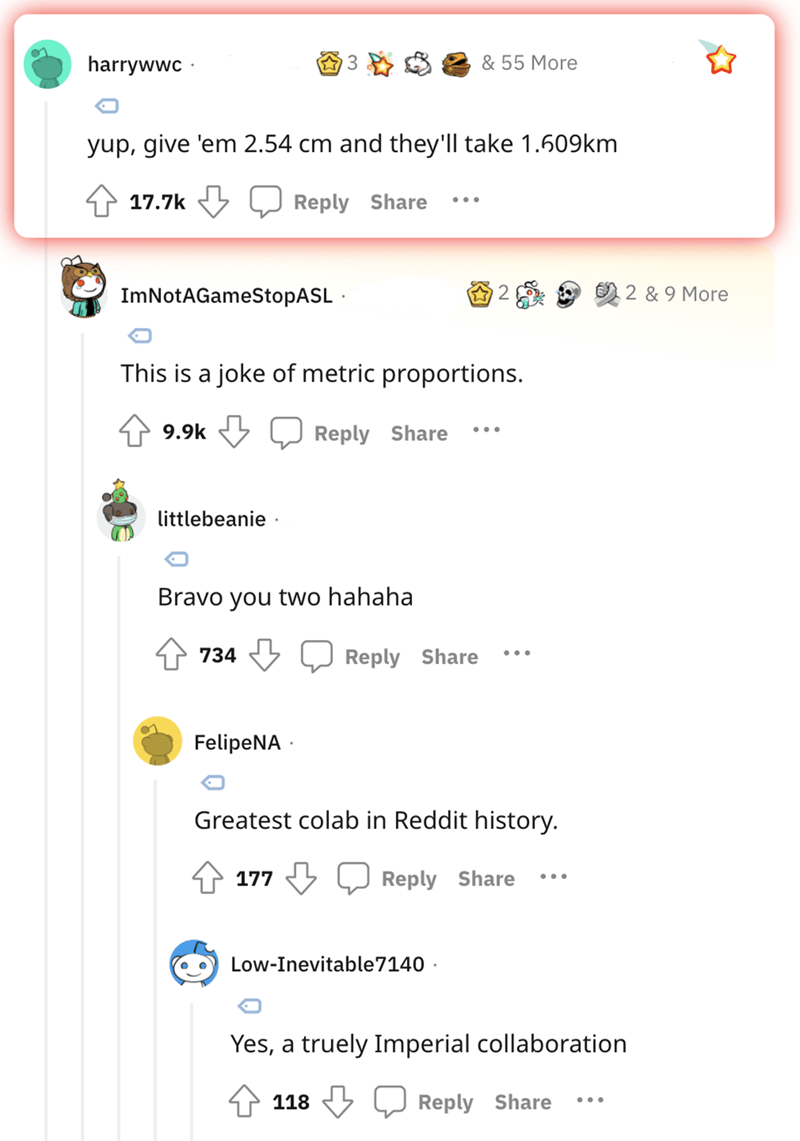 4.  Woah, I had no idea that was the case in these countries. 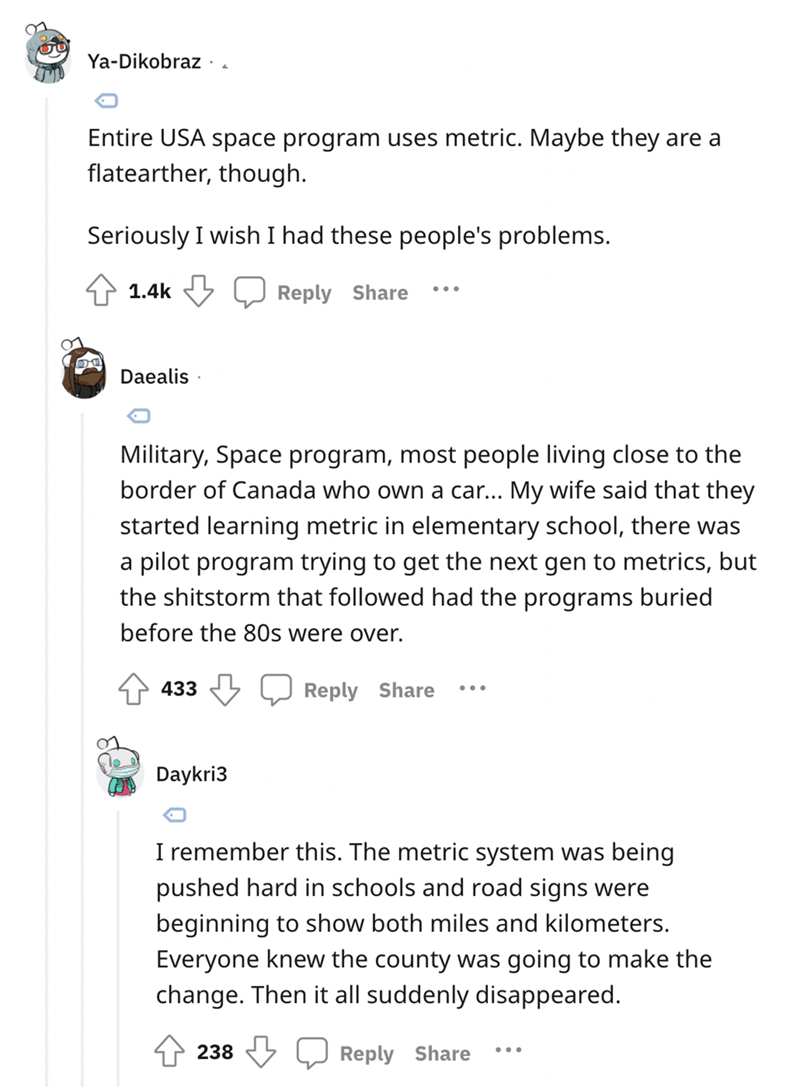 5. It surely made all of us smile. 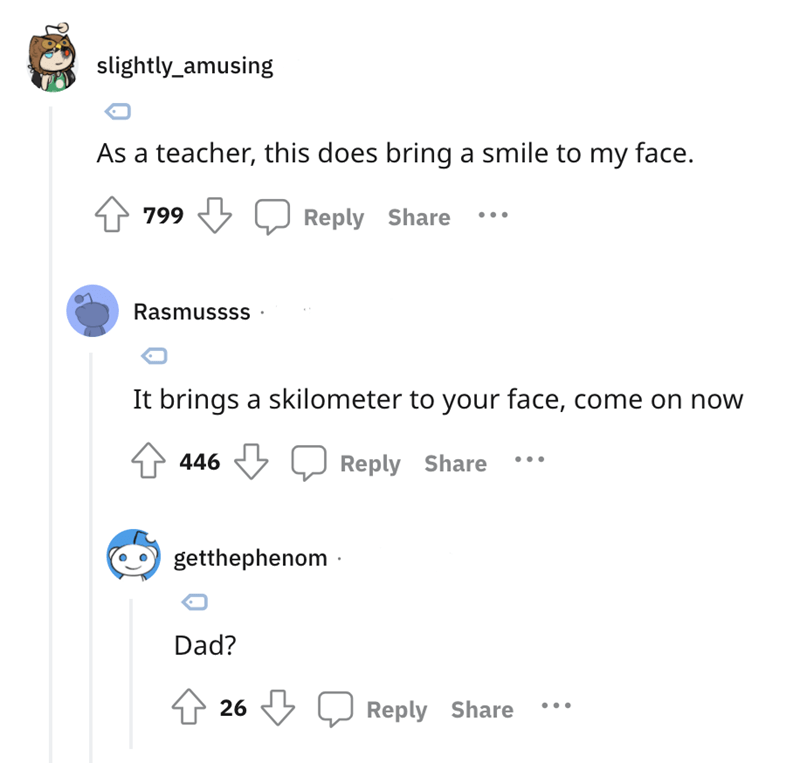 I love how the teacher was so chill that she said, ‘Okay, fine. As you wish’ and assigned the kid with a similar math problem using different units, obviously that problem was way too difficult for a 4th grader to solve. This is why they say do not teach the coach how to play the game. They literally tried to outsmart the teacher by telling her how to teach, she really told them to mind their own business and not tell her how this works. Bravo! That teacher is amazing and so genius, she came up with the right thing to make them shut up. Those entitled parents really made a fool out of themselves. Keep on scrolling down to read more hilarious comments…

6. Now, this is getting even more hilarious. Yes, please, keep on going. 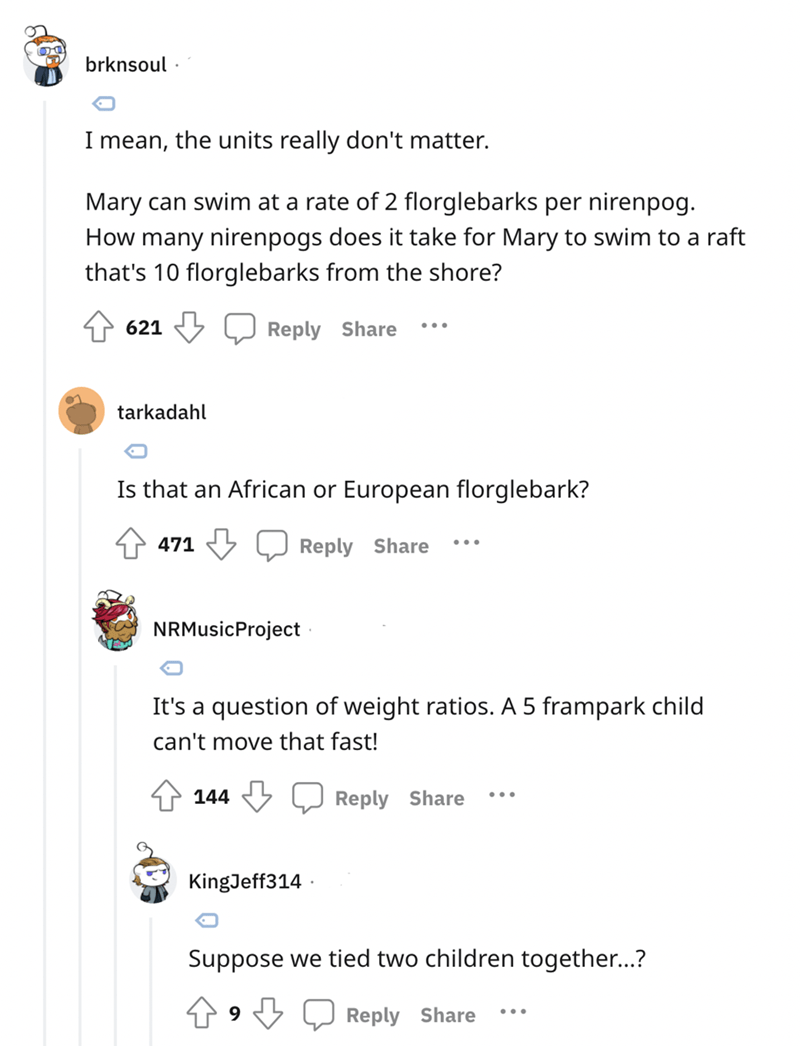 7. This is actually so entertaining. I never thought I would say that about anything math related… 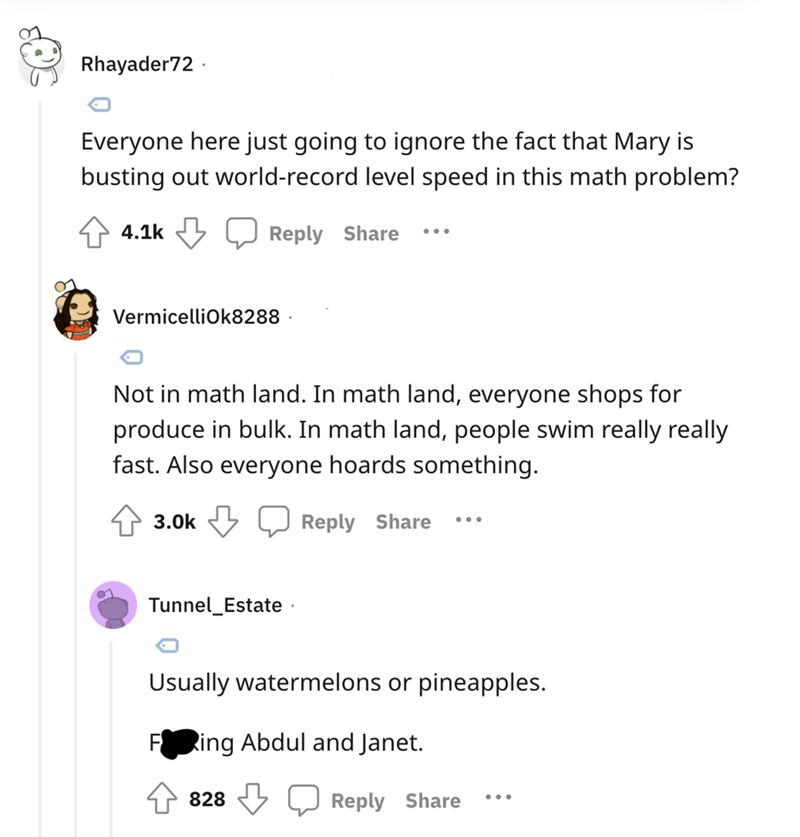 8. Oh, God! This made me laugh so loud. Honestly, she could be anywhere! 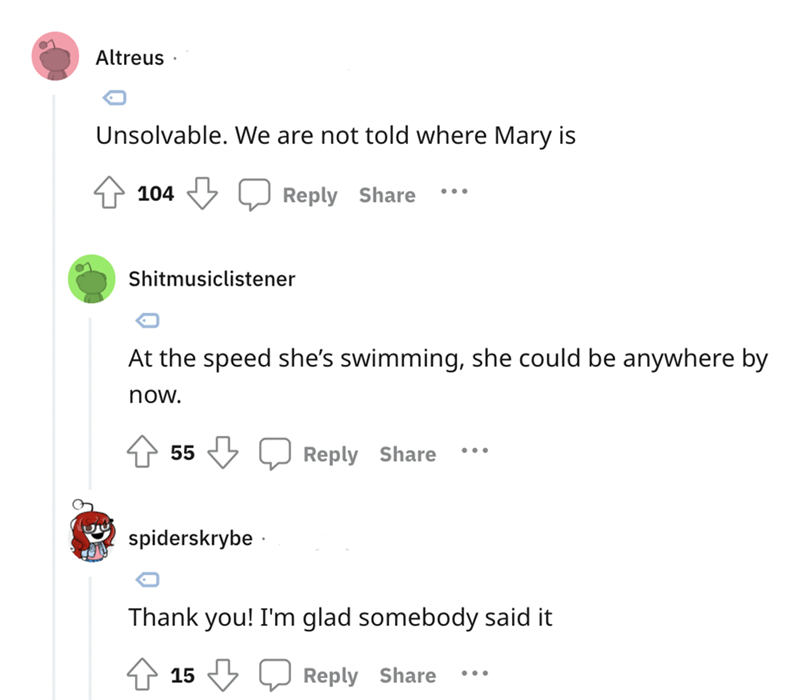 9. They are not going to stop, are they? 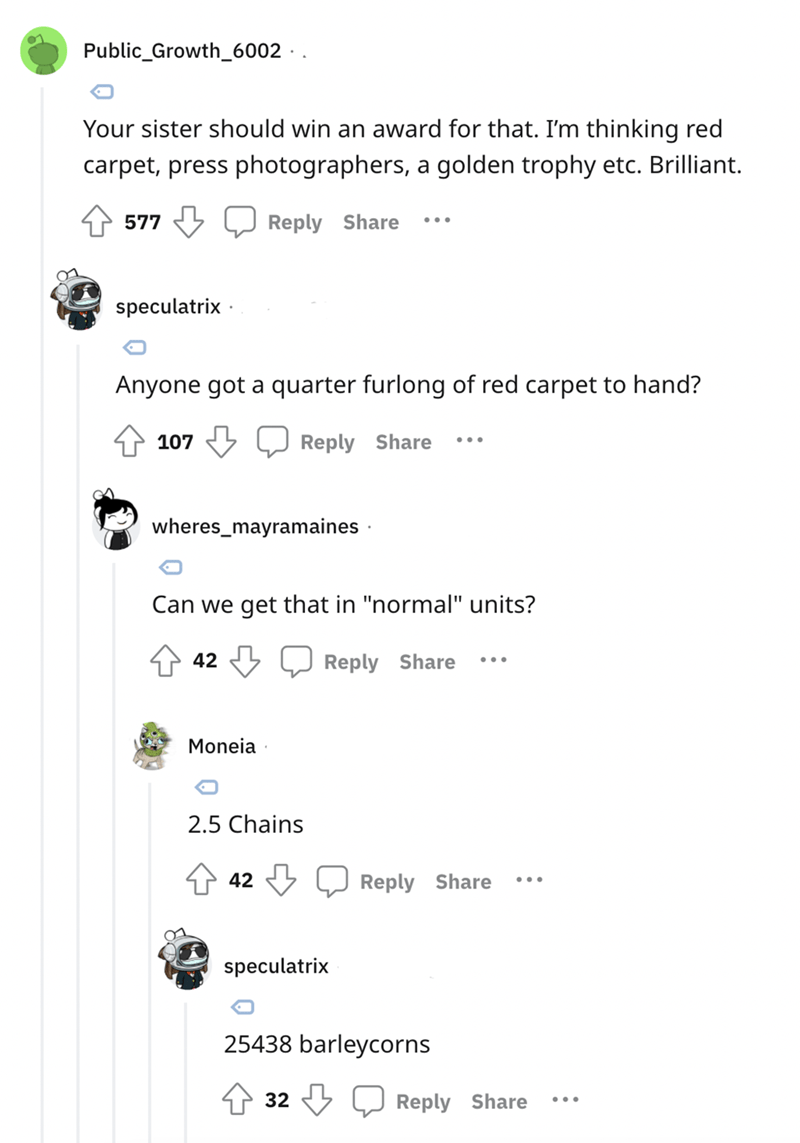 10. They really love making fun of people like that. I had no idea metric units are not taught in schools in America. 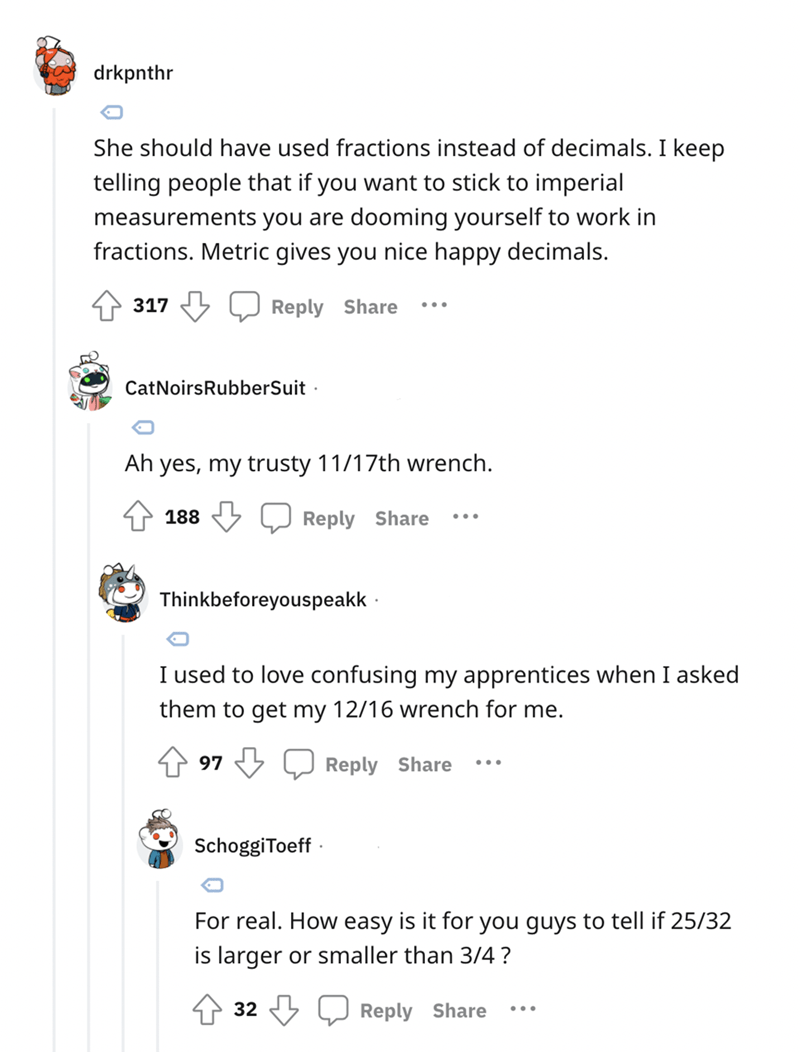 Wow, I have never seen intelligent people’s conversation. I bet they all are maths nerds in that comment section and that is absolutely great. We love intelligent people here. What are your thoughts on this? Tell us in the comments down below…