No relationship is perfect.

Every relationship has its ups and downs. I am not saying that jealousy or possessive behavior is healthy but most people do feel it. It depends on how you deal with these feelings that really show what sort of person you are. That is the reason resources like couple counseling exists. If you really care for your partner and want to make things work, then you have to put in the effort. Communication is key and relationships require a lot of hard work.

I know many of us have come to expect perfect relationships like we are shown in the movies but that isn’t how the world works and they can require compromises from both sides. However, sometimes one has to concede when their relationship isn’t working rather than forcing it to fit their ideal. This particular story focuses on one such complicated relationship. You wouldn’t think that seeing as they are about to get married but they clearly have a lot of issues and are dragging other people into it.

The guy clearly isn’t sure whether he is doing the right thing so he asked Reddit as many people do.

First, we get a bit of background on their friendship and how it all started. 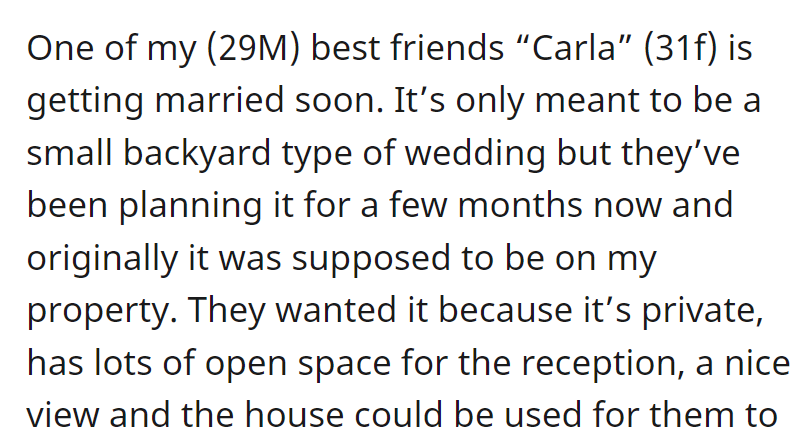 Thins seemed to be going well for them and nothing was out of the ordinary when Carla asked him to host her wedding at his place.

However, things started getting a bit awkward when the past came to light. 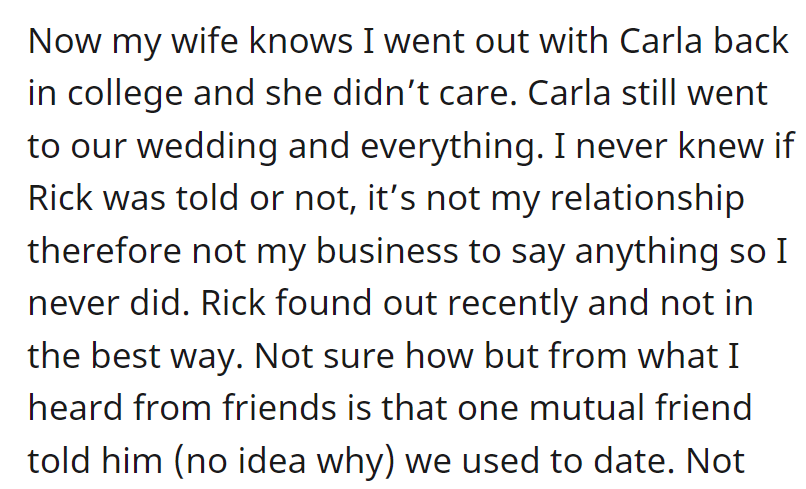 She hadn’t told her boyfriend that her friend was a past ex and he is understandably angry.

As you can imagine, it turned into a huge drama and things started going downhill. 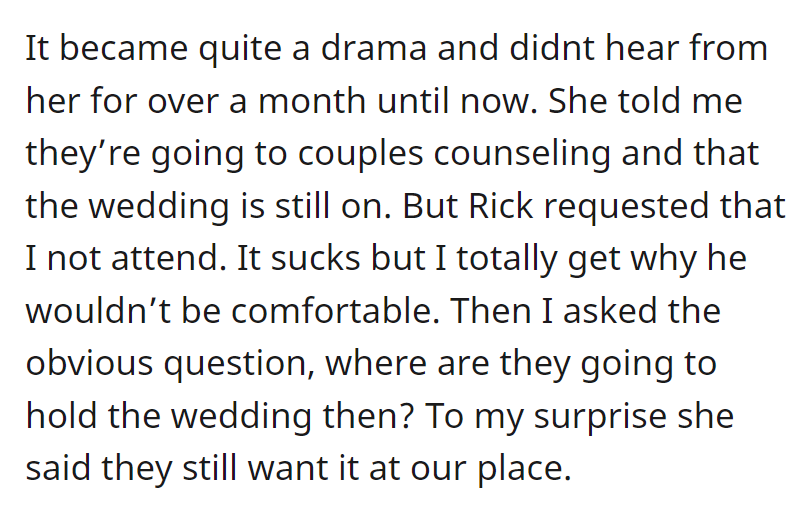 Now everything up to this is understandable but the guy still wants the wedding at his place. 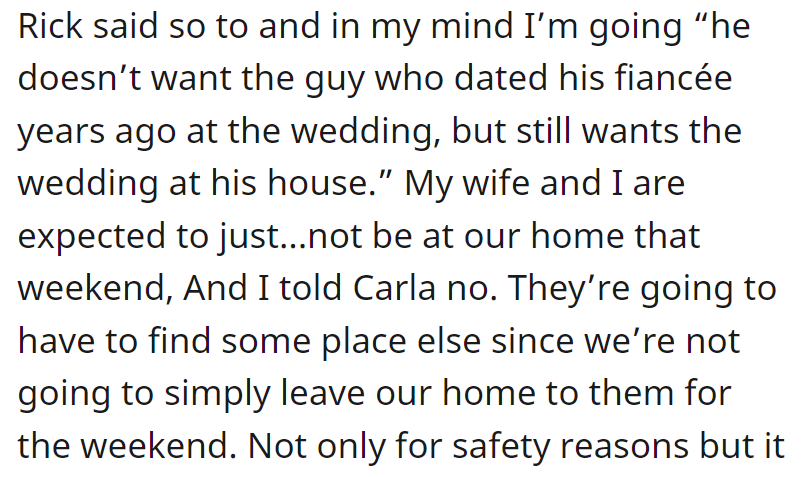 People around him are calling him petty so he isn’t sure whether he is in the right. 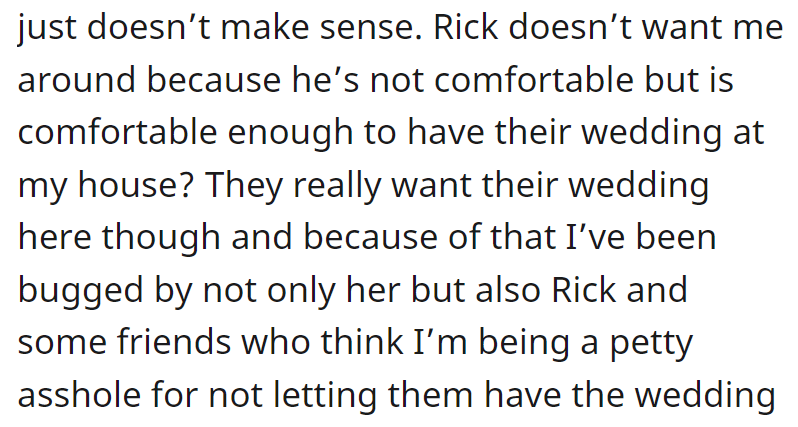 So he asked the people of Reddit for their opinion.

I can see where Carla-s fiance is coming from. After all, she did lie to him and didn’t tell him that her friend was her ex. Now I am not saying there is anything wrong with being friends with your ex. But if it was a serious relationship then her current partner deserved to know especially since they are still friends. However, her boyfriend isn’t completely in the clear as he still wants to hold the wedding at her ex’s place even after uninviting them which is just plain weird. 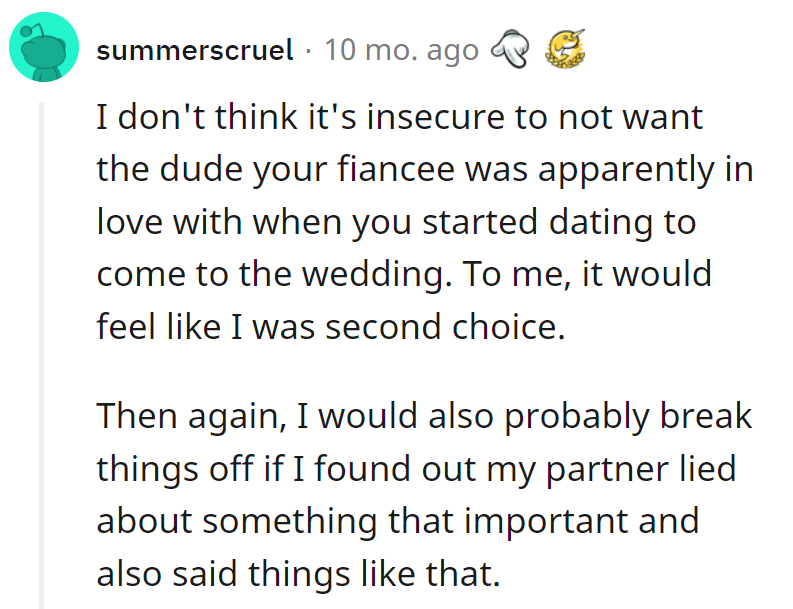 Most people agreed that Rick is not fully in the clear even if his feelings are justified. 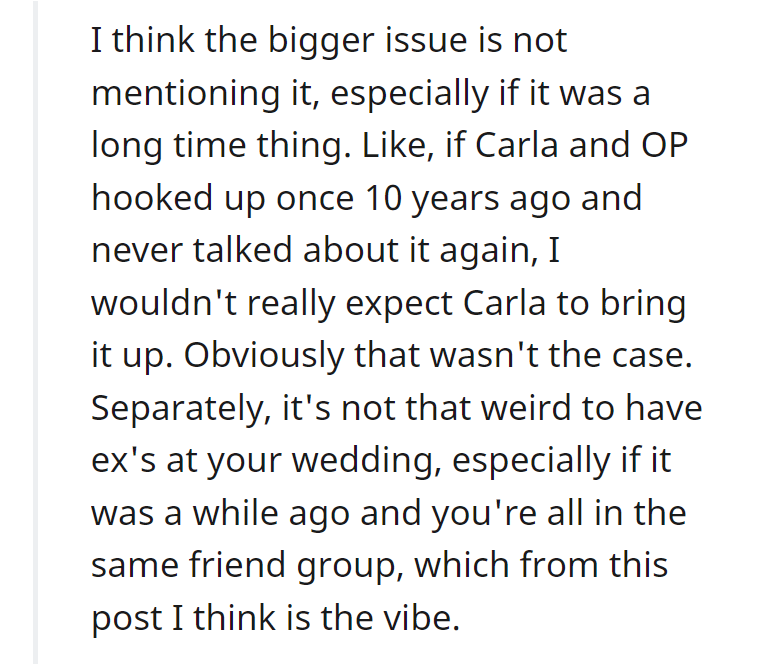 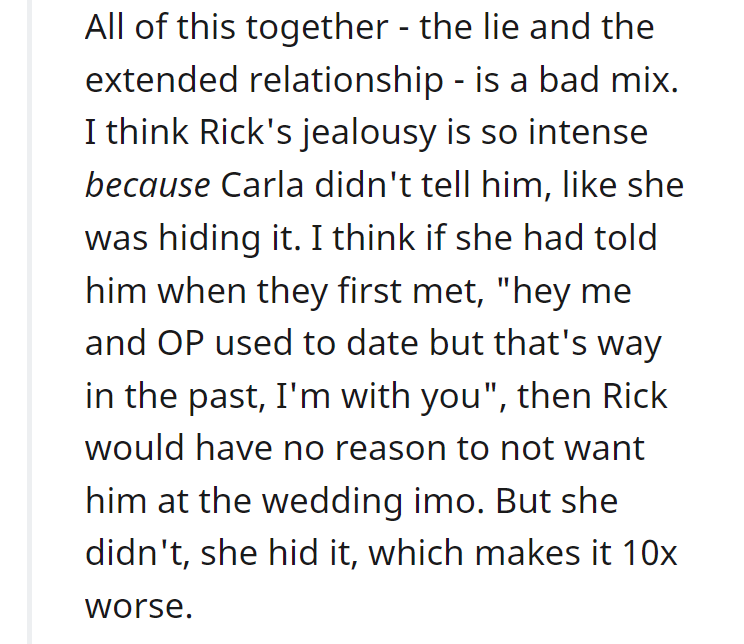 Just because his girlfriend lied to him doesn’t mean the poster owes him anything especially after he uninvited him. 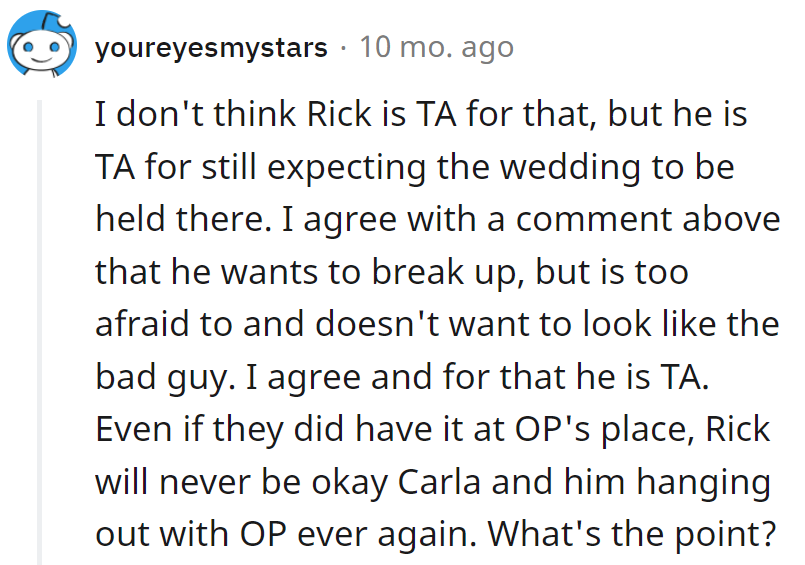 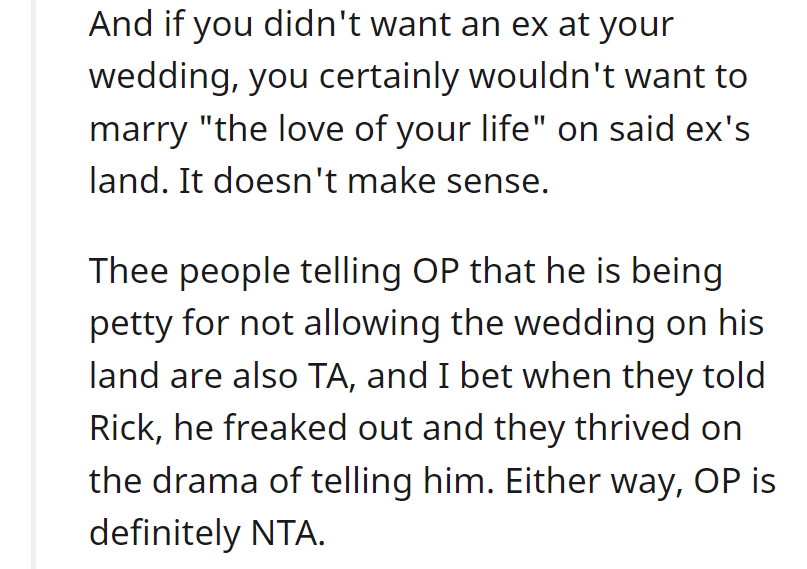 What are your thoughts on this story? Do you think the original poster is being petty or is he in the right? Would you allow someone to host their wedding at your place after they uninvited you? Comment down below and let us know. Don’t forget to share this story with your friends so they can join in the conversation as well.