Living with someone other than your family members can be difficult.

Heck, I find it difficult to even live with my own family. Everyone has personal preferences and different opinions so it can be difficult to get along at times. It requires a lot of compromise and understanding. You should be very careful when picking a roommate. Ask them about their routine, their habits, and especially living conditions such as temperature. Make sure they don’t have a bad reputation when it comes to theft as well. You should really get to know a person properly before deciding to share your room with them.

This girl on Reddit got in a quarrel with her roommate who is completely opposite when it comes to body type. They couldn’t decide on a fixed thermostat temperature. The situation spiralled downwards and they ended up having a very hurtful exchange of words.

Read the whole story down below:

She didn’t know her roommate, Jeff, that well before moving in together.

They thought their living conditions were similar until the climate changed.

She has a very small build as typical Asian females do. She also feels colder than usual people.

However, Jeff is the complete opposite and wants to keep the temperature very low at night. 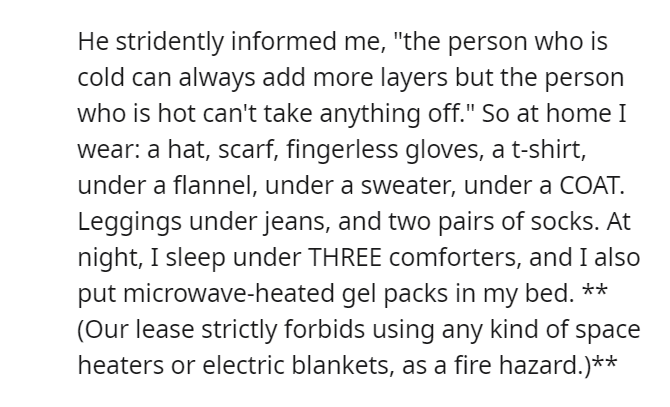 This was getting very problematic for the girl as she couldn’t stand the cold anymore. 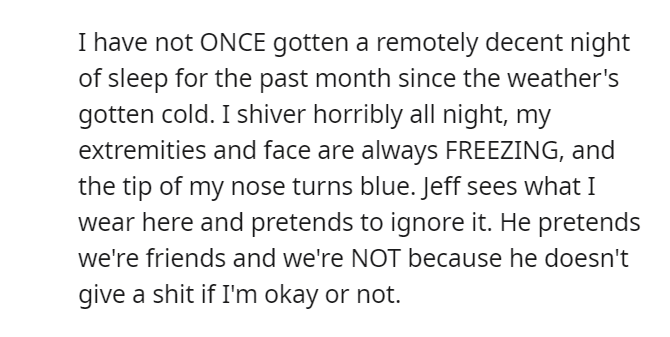 So she asked Jeff to compromise as well, but he didn’t stick to his words.

She got mad and turned up the temperature, which infuriated Jeff as well.

So she made a comment about his weight during the argument and asked if she was wrong for doing so.

This is what the other Redditors had to say about the story: 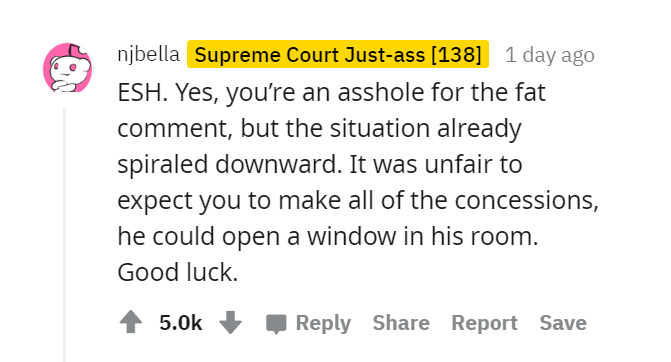 They blamed both the parties equally. 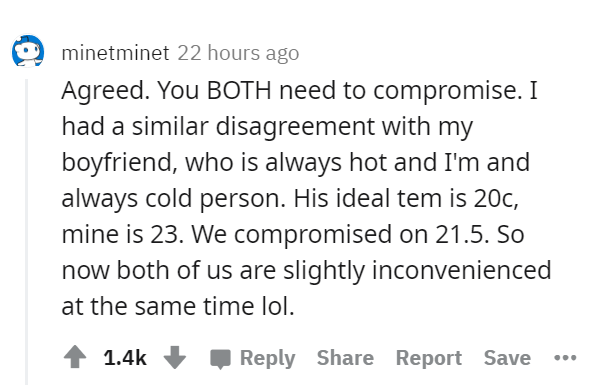 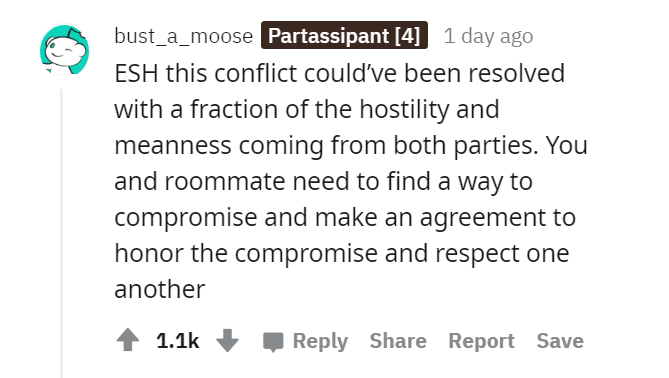 The girl jumped to her defence as well. 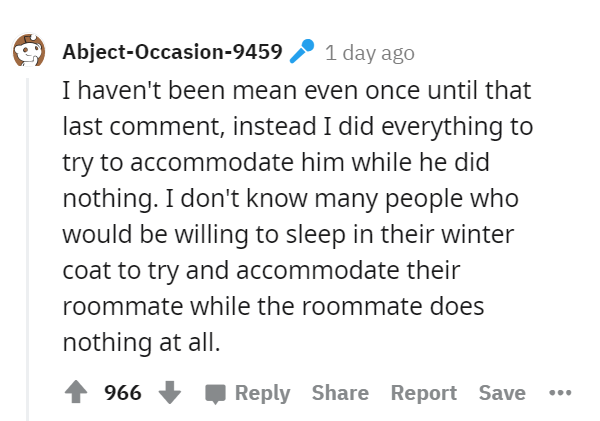 But to be honest, 60 degrees is really cold.

Some suggested that they should decide on an average temperature. 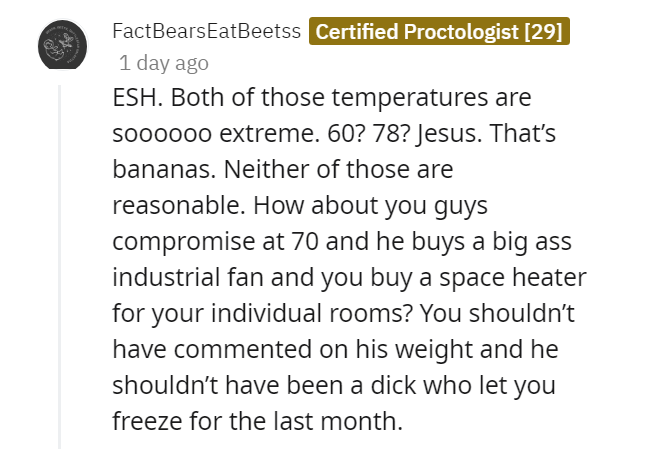 But some people defended the girl. 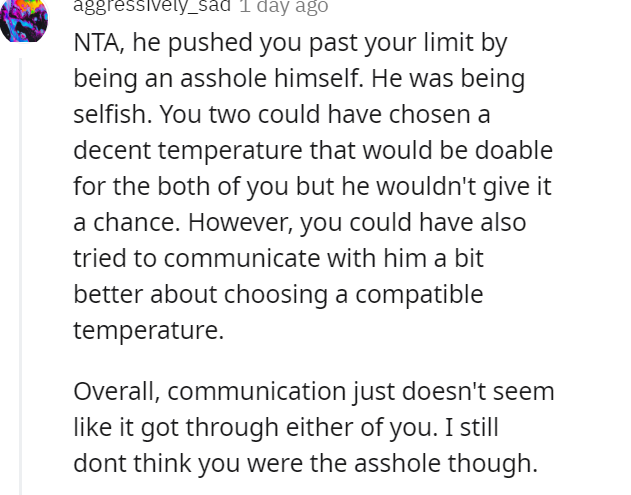 Some said he “deserved to be called fat.” 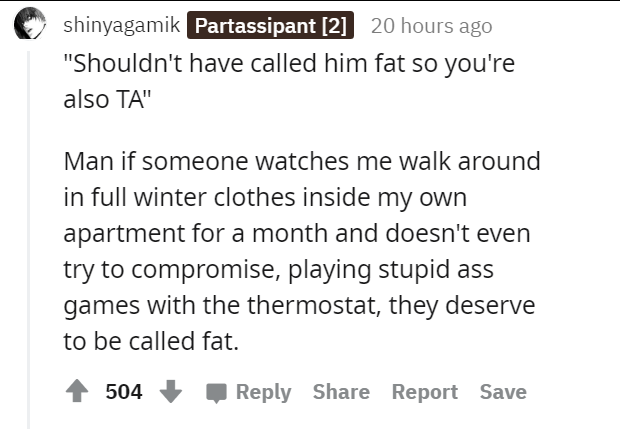 Jeff wasn’t even trying to compromise.

A lot of blame was on Jeff for bringing the situation to this point. 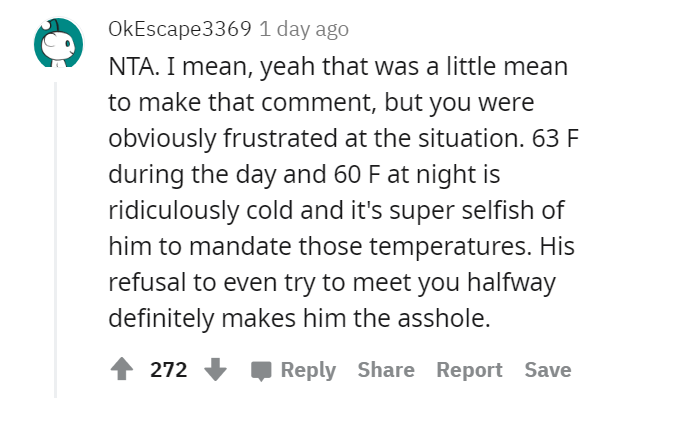 This guy said she had the right to be angry. 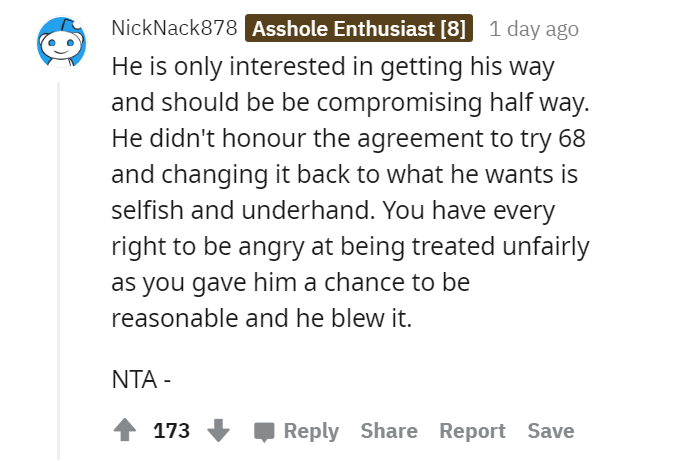 In my opinion, I think this could have been solved without making personal and hurtful comments. Who do you think is wrong here? Share your thoughts with us in the comments below.