When it comes towards which animal should be kept as a pet, a majority of the population is all about cats and dogs. Nobody would want to keep unconventional creatures as their pets but there is a specific type of people who like having weird pets. It could be anything from a snake to a lion or even a snail. Sounds creeeeepy, right?

Although there’s a possibility that you might have seen snails as pets around you or probably have heard about somebody having a snail as a pet but what we are about to show you is crazy! A guy has kept one of the largest snails from the Peninsula of Malaysia known as Platymma Tweedie, as a pet!

By the looks of that snail, it looks nothing less than a member of some gothic band. The snail has a very gothic look and it’s certainly one of a kind. Seeing is believing, right? Let’s have a look at the pictures below.

1. Do you see how massive that snail is? Creepy but definitely a beautiful creature!

2. People would often term it as a fire snake due to it’s appearance.

3. These snails are rare and can only be found in the Peninsula of Malaysia. 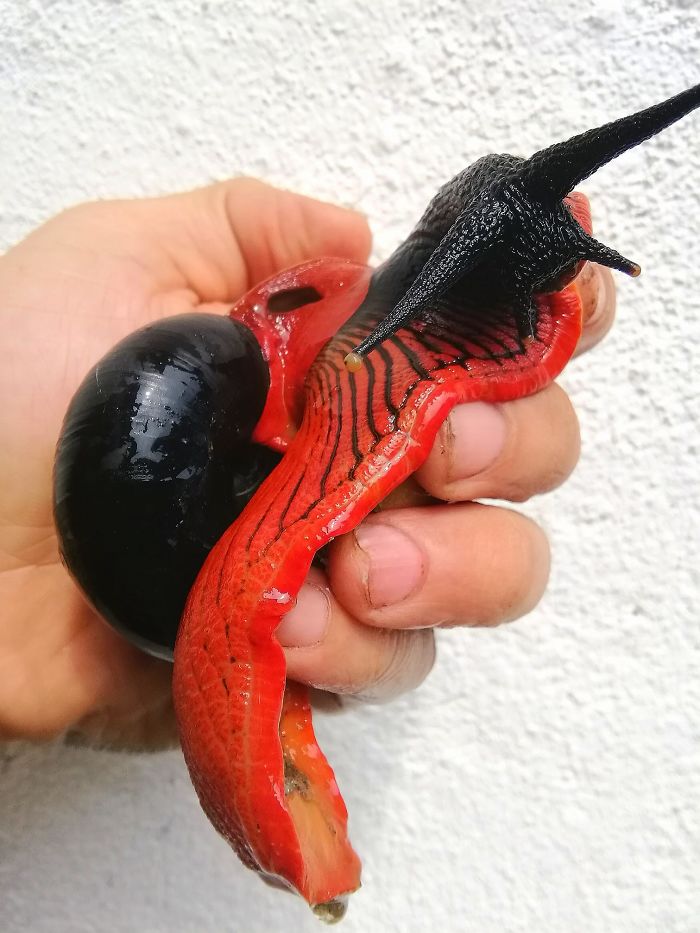 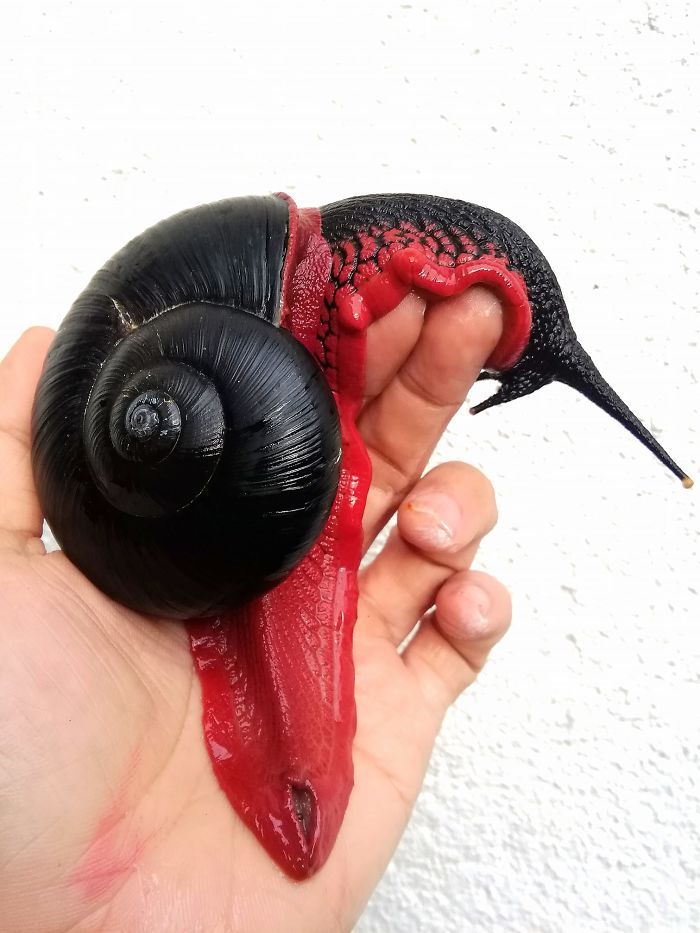 5. These snails are being collected from the place of their origin only to be sold as pets. 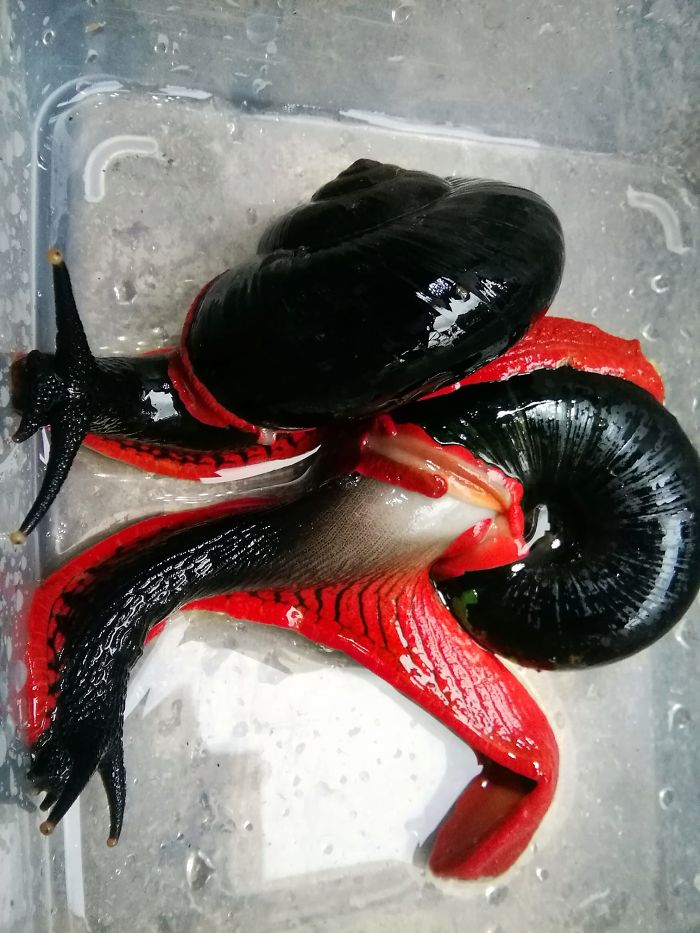 6. However, it isn’t easy to keep them alive for a longer period of time, especially in captivity. 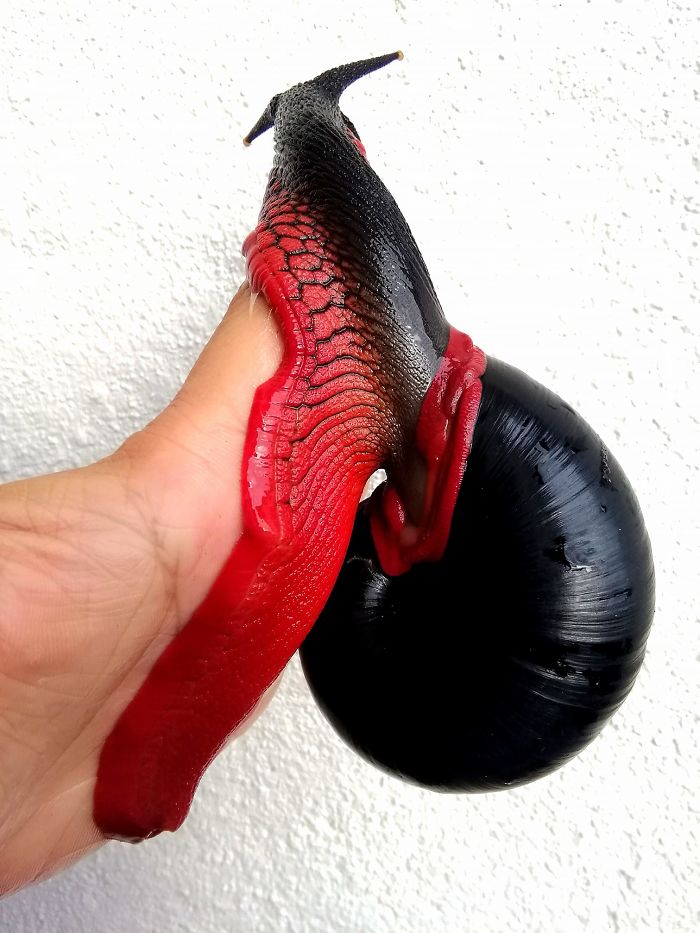 7. These fire snails are certainly not a fan of hot weather and therefore, they cannot survive in it. They need a cool and humid environment to survive.

8. Without a doubt, it’s a beautiful work of nature. 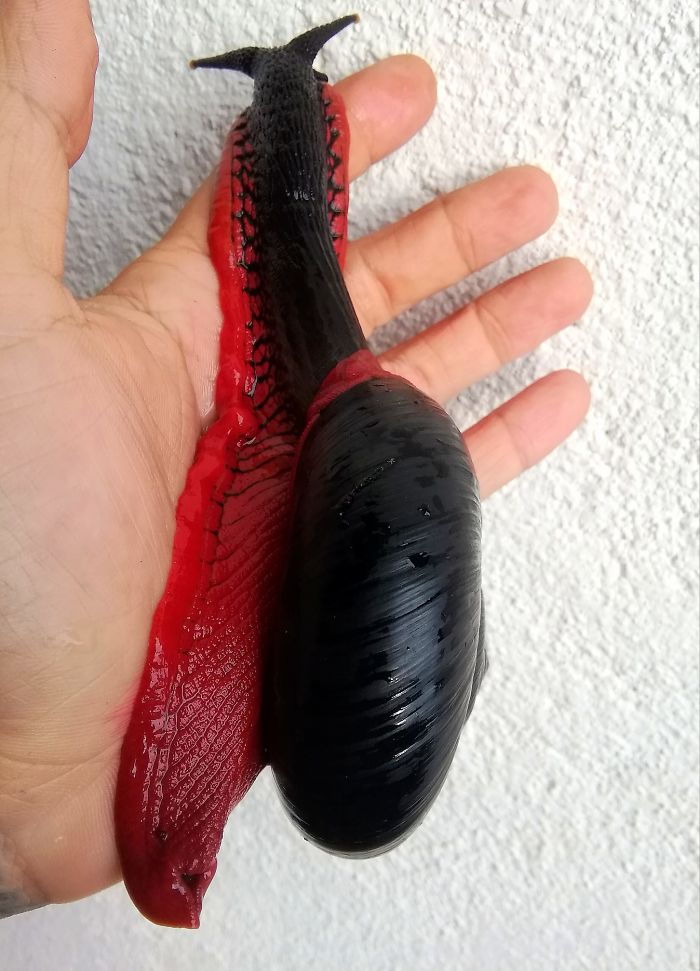 9. Do you see the size difference? 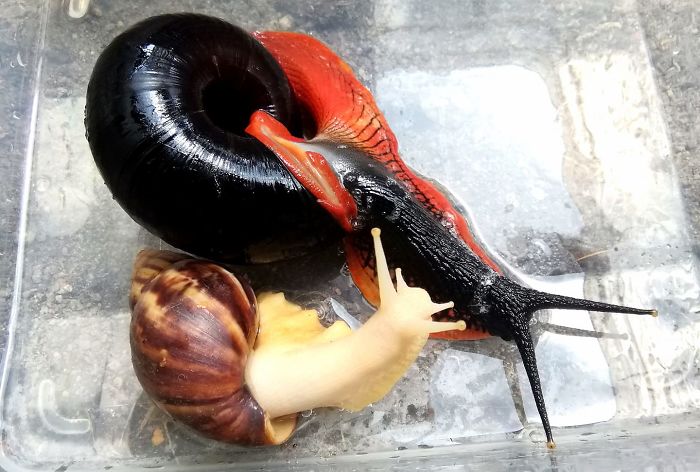 10. This mysterious-looking creature is a treat for all the snail lovers out there!

Certain individuals had some clever comments about the looks of fire snails:

The comments were hilarious and whether it’s a common pet or an uncommon one, people will criticize you for everything but you shouldn’t pay any attention to it. If this is your thing, you should go for it. It’s okay because not everyone has to understand why would you pick up a snail over a conventional pet.
What did you think of this? Did you get creeped out or would you be interested in keeping this snail as a pet? Let us know in the comments section below.