We only notice red flags after it’s too late.

Randomly going out with someone you’ve never met before can be sketchy, especially in today’s age when the fear of either getting catfished or finding the other person toxic can lead to a bad experience. But people can come across some really nice individuals too, the complete opposite of the kind mentioned earlier. Sure, indulging yourself in a risky spot (as most of the first dates go) can be entertaining and often lead to a satisfactory relationship or whatever, but on the flip side, there can be a lot of people who can take advantage of the situation. Yes, as the popular phrase goes ”risk can be rewarding” and can lead to an awkward setting, it can do wonders for you too.

A Tumblr user by the name of The Rain Monster shared a test in which she details how one can examine his/her potential date before going out with them. Suzanne Degges-White is a Ph.D., licensed counselor, and professor at Northern Illinois University. Scroll down below to see a list of some of the warnings cited by The Rain Monster:

Consider a scenario where you go out on a date with your potential partner. Now on this date, he is invested in something else that doesn’t pique your interest, such as his phone or a sports game on TV. Feeling a sense of absence, relating to what the other person is prioritizing, can come off as a warning sign. “If you don’t warrant his full attention on the first date, chances are that he’s made his priorities clear,” Degges-White wrote. “If you are as engrossed in the game as he is, this might be a good thing. If he leaves you feeling like you’re already on the losing team, you might need to decide if you want to go into overtime or just admit defeat and cut your losses.” 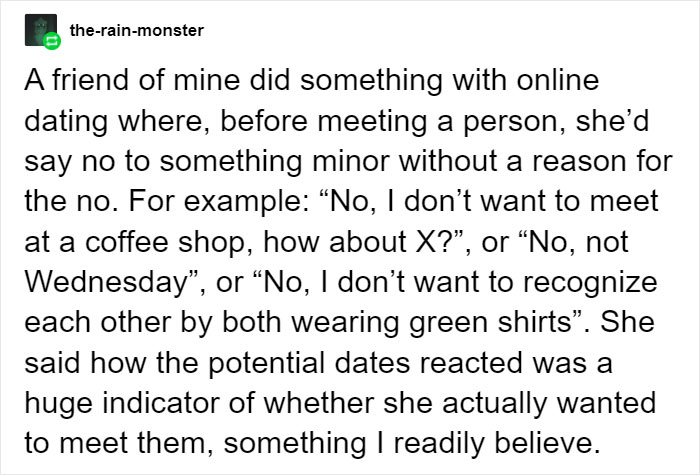 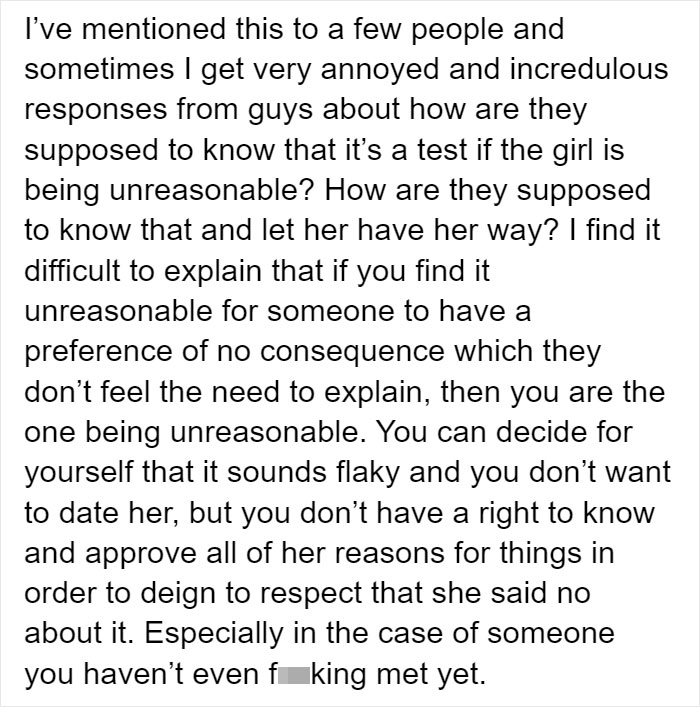 Communication skills are very important on your first date, especially when you’re seeing someone for the first time. If you go out on a blind date, and the other person just keeps talking about themselves and avoids giving you the authority to talk about yourself, get out of there. Degges-White cites “Unless you were feeding her the questions and she was giving you the answers, it’s likely that her interest in herself will always outweigh her interest in a boyfriend’s life,” while mentioning that, she also stated, “Poor social skills can be corrected, but overt narcissism is almost impossible to cure.”

Now, imagine you go to a restaurant that is known for a specific dish that they consider their “specialty” and your date orders something completely out of the path. When it isn’t as good as their “specialty” dish, they start complaining that the chef is worthless. “It can be a lot of fun to hang out with someone who likes to take the proverbial ‘path less traveled,’ but when they don’t like where it leads them and they look for someone else to blame for their decision, it may indicate that when things go wrong, you might end up the scapegoat more often than you’d like.” 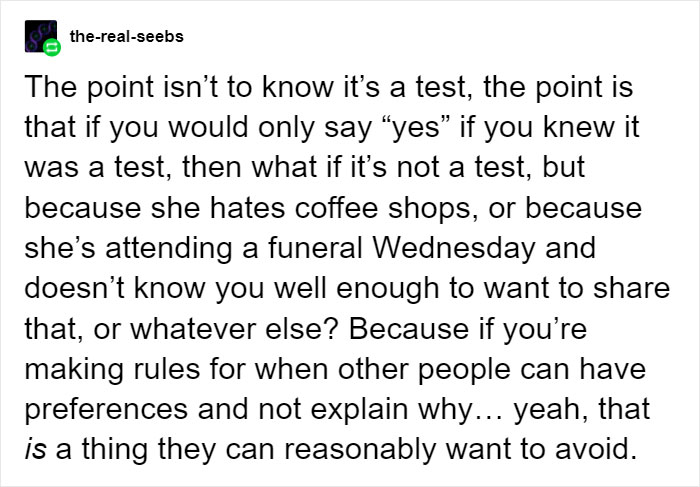 Now we get to the part where, if you go out with someone, and they keep demanding things and expect everything to be perfect. For example, someone who orders a mug of coffee and cheesecake, and would still find a way to whine about both of these things even if they were made with precision. This sort of person will always bring you down no matter how much effort you put into something if they don’t like it. This type of person will always bring a layer of toxicity around you and will always force you to put more effort than you really have to.

“When someone reels off a long list of demands to her server, she may also be the kind of person who makes unspoken demands on a partner,” Degges-White says. “Someone who expects her steak done to exactly 143 degrees is likely to expect the same kind of willingness to please from a boyfriend or partner in her life.” 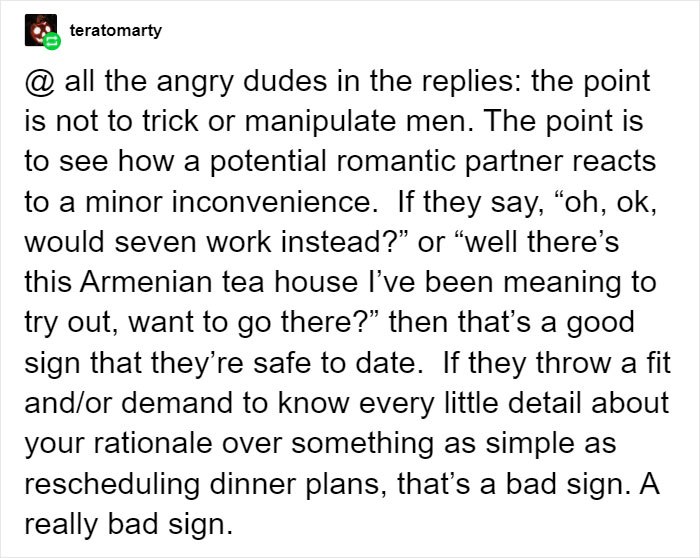 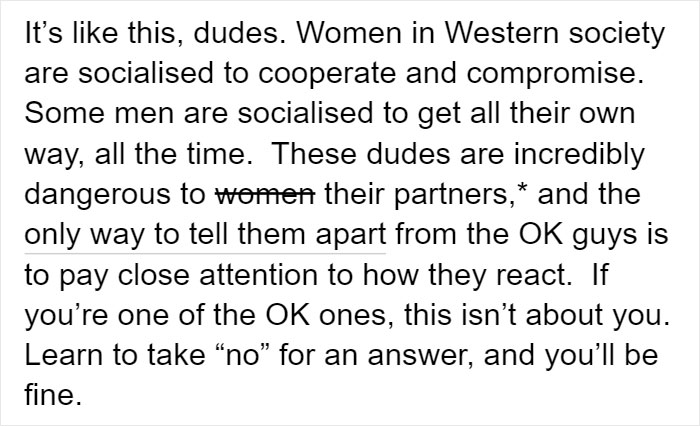 You meet someone, and the date goes as planned. You both have a great time together and at this point, you both are planning for a second date but as things are going, he/she out of nowhere mentions they’re going through a breakup and they’re working to get over it. Meanwhile, they start mentioning to you that your features resemble their past lover. A person like this, wouldn’t really work on self-growth and always return to their former lover in one way or another. “This guy’s probably nowhere near ready to let go of the past and move on into the future,” Degges-White says. “His appeal may actually be his downfall if he’s bringing out your ‘caretaker’ side. Trying to win your heart by being interested and caring is one thing, but trying to win your sympathy as he talks about his ex is something else entirely.”

From my personal experience, this sort of person should be avoided at any given cost. Say if you have a pet at home and your potential partner keeps asking you to keep your pet away from them. For example, if you have a cat and it is free to roam around your house (as it should be), every second they spend with your pet, they give you the look and continue mentioning how your pet shouldn’t be around them. Your pets are your babies and hence, they don’t deserve to be locked up or not be around you. “Converting non-animal lovers can be difficult and when he’s already dissing the pet before a formal introduction, chances are that he’s not going to appreciate the companionship of your faithful pup or kitten.” 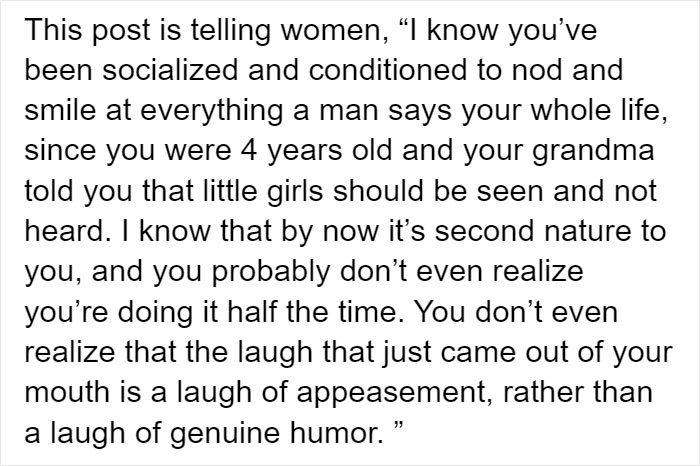 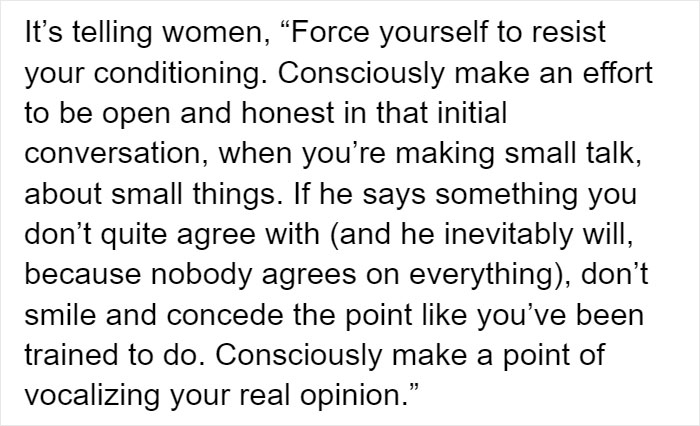 The person who can’t keep their focus on you. This person will continue going astray from whatever you’re saying or doing. No matter how much time you invest in them, they’d try to pay attention but lack in giving it continually. This sort of person would keep checking their phone and won’t stop doing so until you go blank. Somehow, this will remind you that rather than gluing themselves on you, their phone is more important. “His ability to focus on the potential relationship that the two of you are trying to establish on the first date can be a good indication of his willingness to be emotionally present in the future,” Degges-White says. 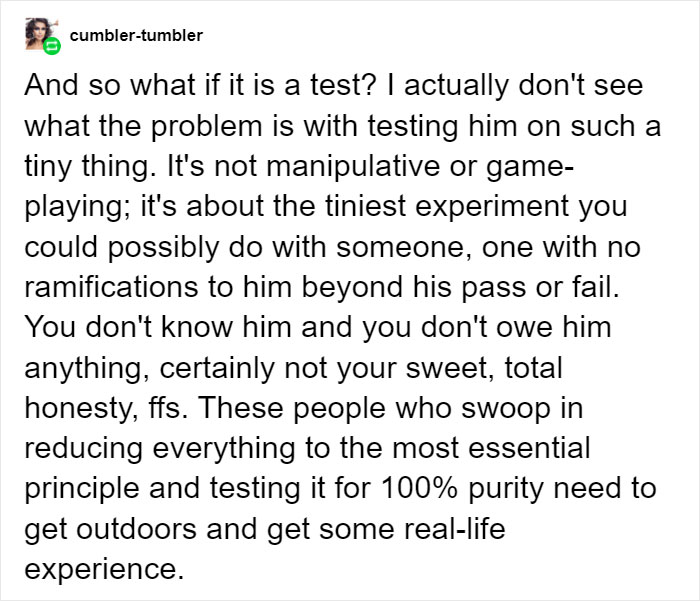 This person is over caring, to the extent where you start feeling fed-up with them. ”Are you having fun?” ”Is this place perfect?” ”Do you want to go to XYZ place?” etc. “Everyone wants to be ‘liked,’ but when someone is a little overzealous in their efforts to please someone else, it may be due to low self-esteem. If you don’t want to spend a lifetime trying to assure him that he’s great, the relationship is fine, and yes, you adore him, you may want to reconsider agreeing to a second date.”

The person does not share the same views as you. This can be an early indication if they are not in harmony with your views on life such as religion, politics, etc. This, in the long-run, can cause several issues once a topic like this gets flared up.

“Not every difference of opinion is or should be a deal-breaker,” Degges-White says. “But when the differences bring up warning signs in your own mind, heed them. Remember that wanting to change someone is a lot different than being with someone who wants to change.”
None of these points are clear-cut rules, but they might help you to get to know your date.

This is what other people had to say about Degges-Whites advice:

Truth be told, you can evaluate anyone by using this test.

I agree, respecting boundaries can either create or destroy a relationship. 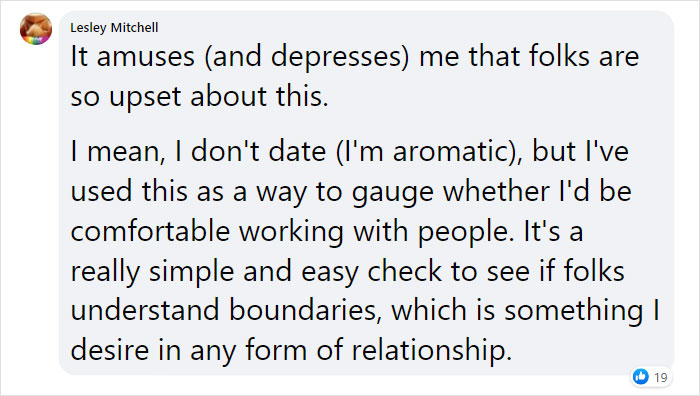 It is labeled as a ”test” for a reason. 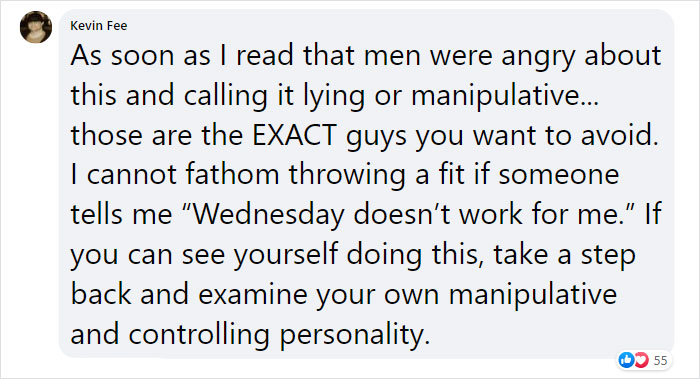 People getting upset over this explains how effective this advice has been. Some of it outs potential “Red-flaggers” 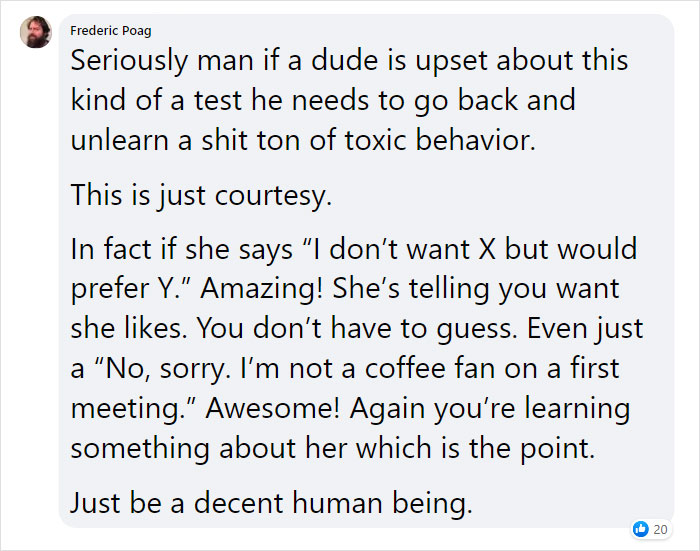 Have you ever gone on a blind date? Did you identify any of these red flags in them? How did you deal with the situation? Let us know your experiences in the comments below.