Or maybe it is the other way round and the dumbest people on this planet are Karens. This theory does make sense as these people are judgmental and pretentious without having anything to stand on. It doesn’t even surprise me anymore to read stories about Karens mistaking customers for employees anymore. Don’t get me wrong, mistakes are what make us human and who hasn’t mistaken someone for an employee if their clothes are similar to the uniform, but normal people usually apologize and move on.

Apologizing is not in a Karen vocabulary and even if they find out that someone doesn’t work there, they will still forcibly try to make it sound like they do or that they’re lying. I don’t understand why someone would lie about working at a store but that is the theory that most if not all Karens operate on and it is the height of stupidity in my opinion. And we have another story that showcases this stupidity clearly.

So scroll below to take a look for yourself.

We get some information about what his work actually is and how doesn’t really work at any of the stores. 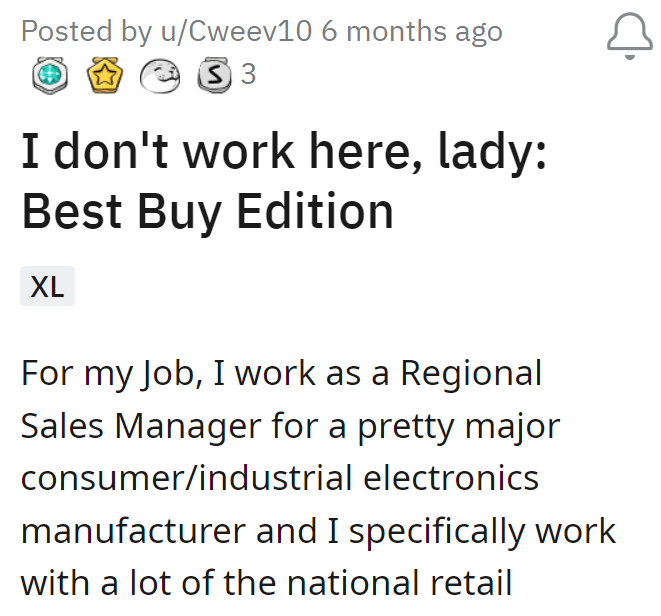 He is more focused on the professional relationships between stores than the day-to-day things by the sound of things. 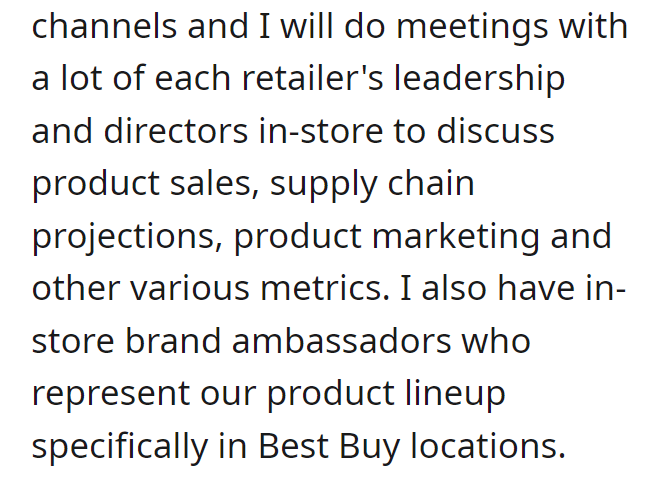 He also goes on to say that he usually wears formal clothing so no one mistakes him for an employee but he is not opposed to helping out when he isn’t busy. 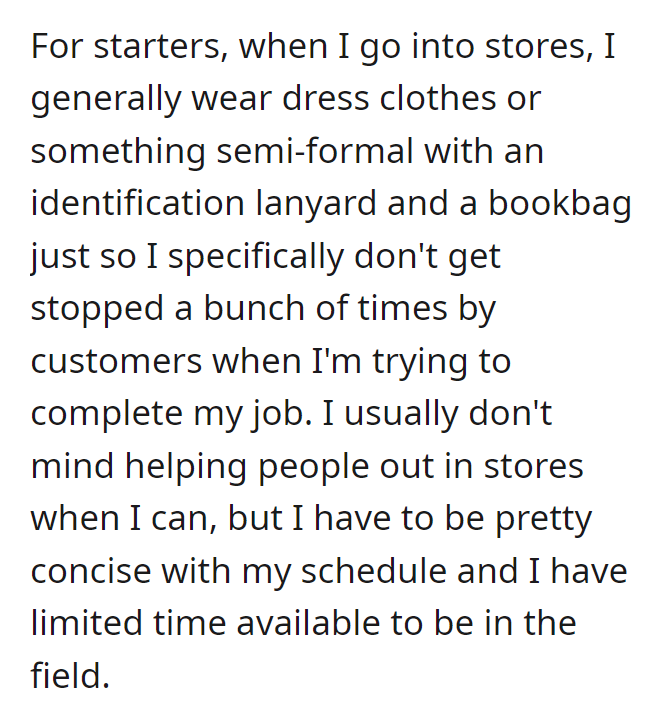 He was just going to meet the higher-ups when this woman stopped him by touching him which nobody likes. 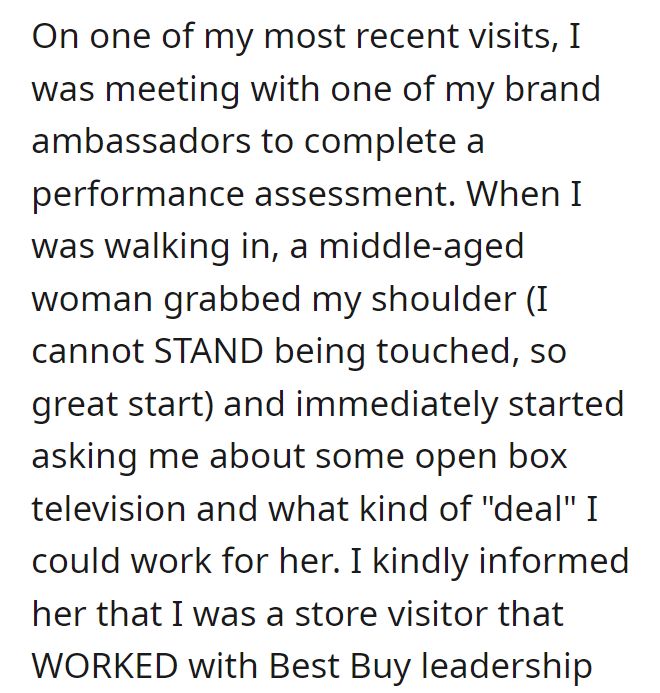 He explained that he didn’t work for this company and that she should look for an actual employee but she wasn’t having any of it. 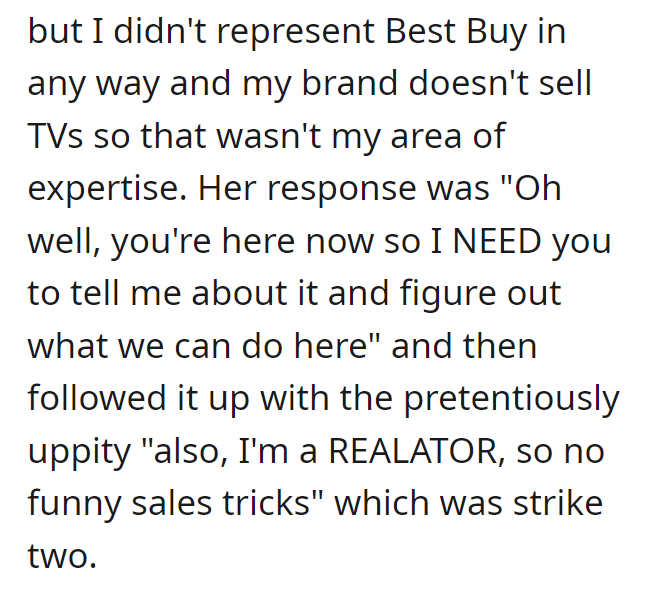 So he did what he had to do and spent some time with her to find her a suitable TV. 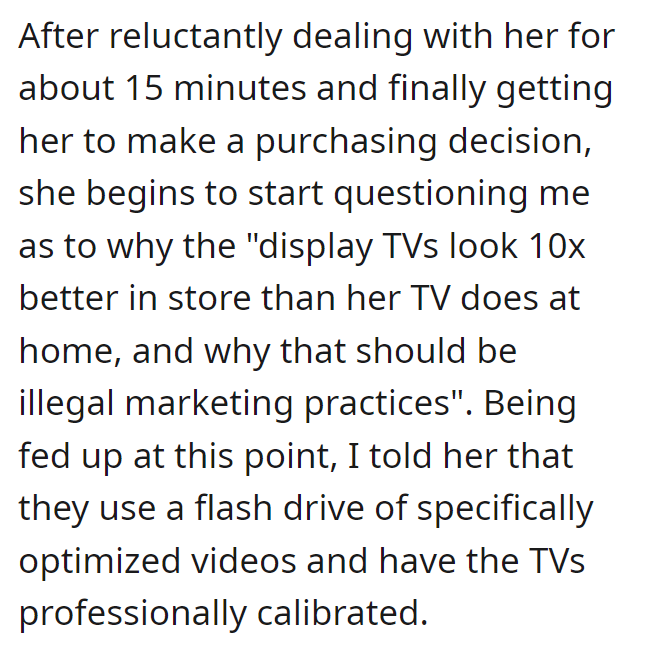 But when she called him out for false marketing, he called her job out right back which definitely left her speechless. 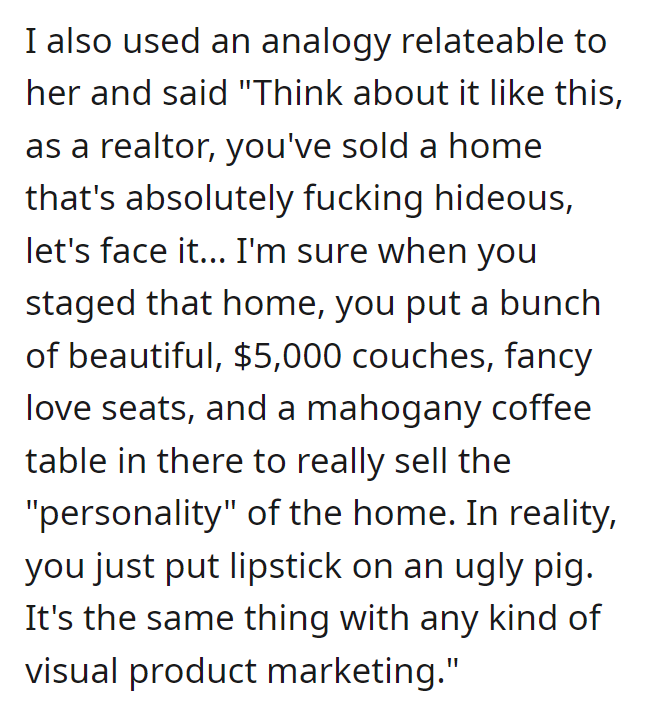 She obviously tried to file a complaint but that clearly didn’t work. 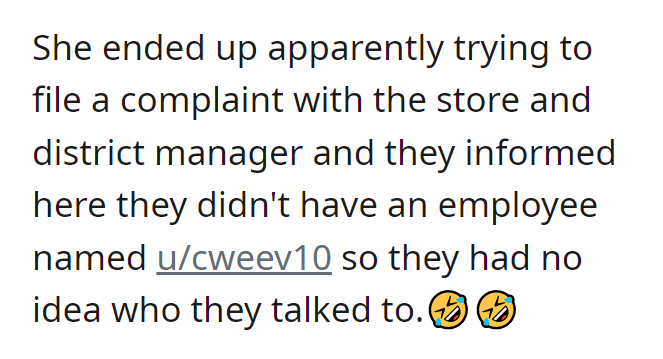 I do wish that the woman had gotten a thorough berating but the guy did call her out at the end of the day and I am pretty sure she was gobsmacked by that. She clearly had never been talked to like this before and I think she needed to be brought down a level or two. However, I doubt that she learned anything from this seeing as she went to make a complaint about the employee. I am just glad that no actual employee got in trouble for this.

People in the comments were 100% on his side. 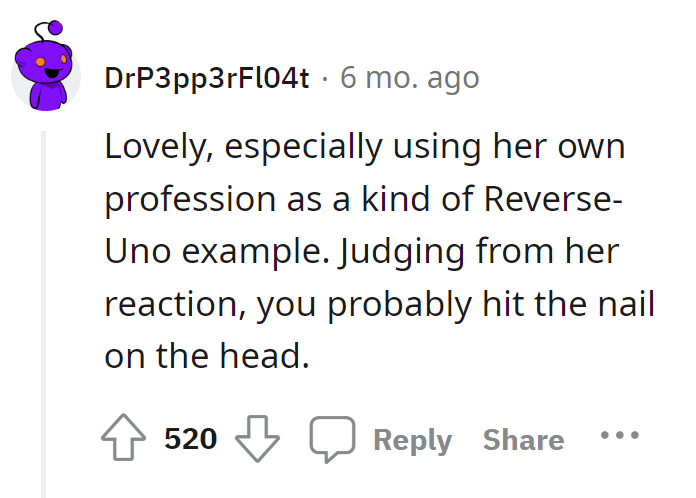 The poster also made a comment explaining that the knew a lot about real estate than he initially let on. 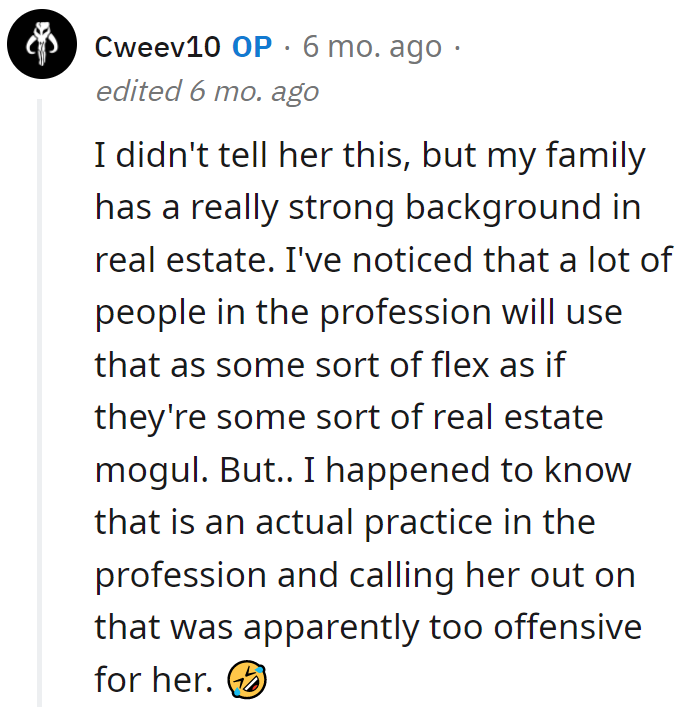 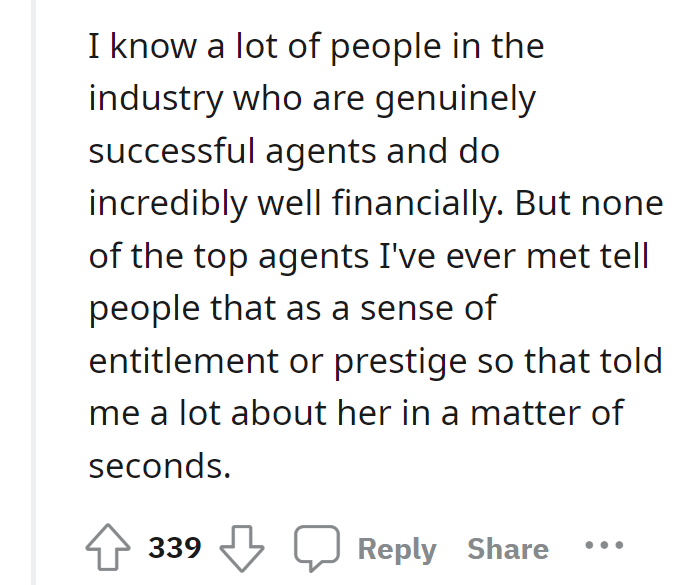 Have you ever been mistaken for an employee? If so, was it a Karen who mistook you or just a normal person who quickly moved on? Let us know your personal experience when it comes to dealing with similar situations in the comments below. Don’t forget to share this article with your friends so they can join in on the comments as well.