The scariest part about working in a restaurant chain is the Karens.

Karens are the Godzilla of people. Everybody fears them. They wreak havoc everywhere and are unnecessarily loud and annoying. Karens like to make a massive fuss over every little thing. If you have never witnessed a Karen in action, picture this. A middle-aged mom with a short bob or pixie haircut. She is probably wearing a tracksuit and drives a minivan. If you get into the slightest argument with her, her biggest weapon is “I would like to speak to the manager.” Most of the time, they are in the wrong. But they do not care about that. They want everything to go their way and make unrealistic demands. They do not like it when employees outwit them so they take their rude behaviour to the next level. If you have never faced a Karen at work, please consider yourself lucky. People like them make work even more intolerable for some employees. They are already working in a fast-paced environment, trying to get everything right, but Karen just has to stir up drama and make things a million times worse. Karens ruin their own day and everybody else’s day as well. There is no stopping them.

Or is there? Sometimes you just need to put a Karen in her place. They can really get out of line especially when it is their own fault. So showing Karen how ridiculous she looks might just shut her up. This KFC employee faced a really rude Karen, who did not want a meal but individual items. When she got charged more, because a meal costs less, she started to complain and asked to see the manager. That’s when she got a surprise and walked away quietly. Scroll down below to read the whole story.

The manager, Jay, used to work at the register and take people’s orders. It was a very busy day when a Karen walked up to him. 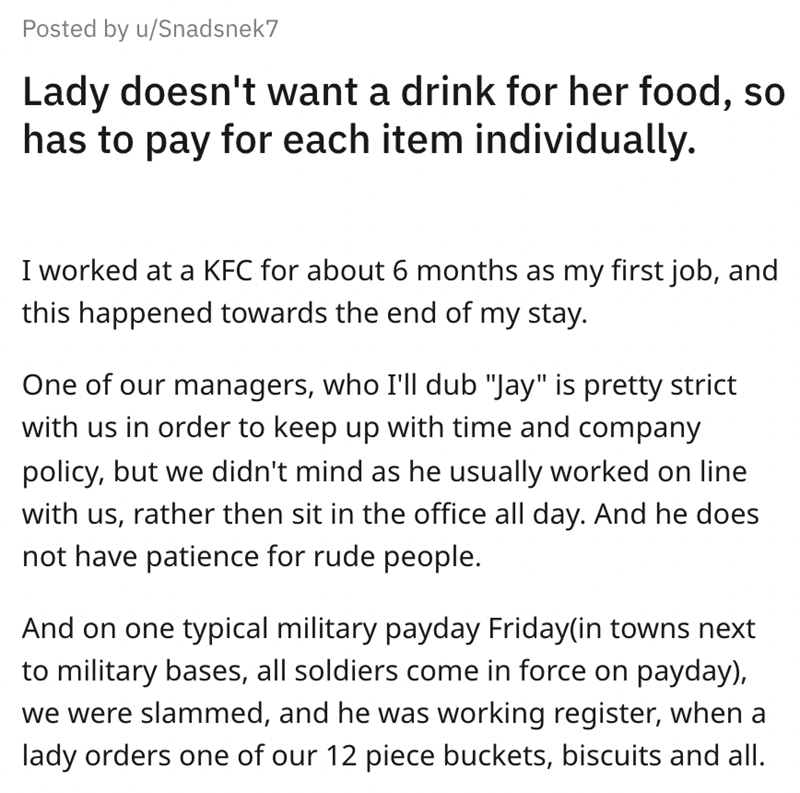 Jay told her that if she didn’t order the drinks, it would not be considered a meal. But she didn’t care to listen.

The order was priced much more than a regular meal, but that is what Karen wanted in the first place. 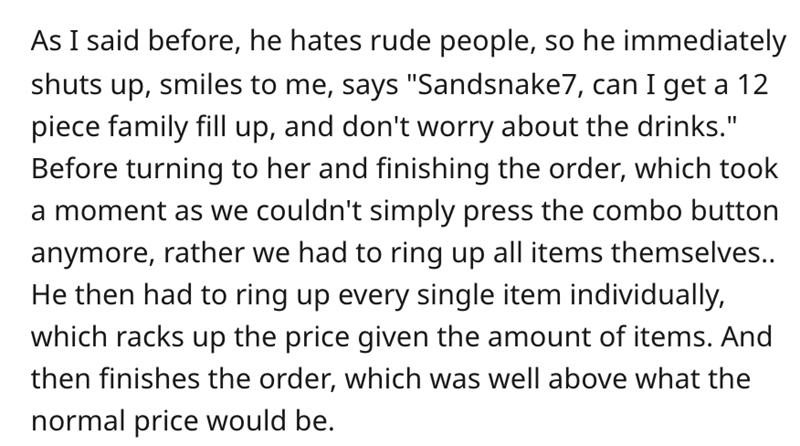 A family behind Karen ordered the same thing but in a combo meal.

As soon as Karen heard their bill, she started complaining about her own bill.

Jay explained that he did what she wanted, and didn’t make it a combo.

Karen got mad and asked to see the manager. So Jay wore his manager vest and walked up to her again. She left after that.

If you treat employees rudely and don’t even listen to what they have to say, you get what is coming to you. Employees are human beings and deserve to be treated with respect. 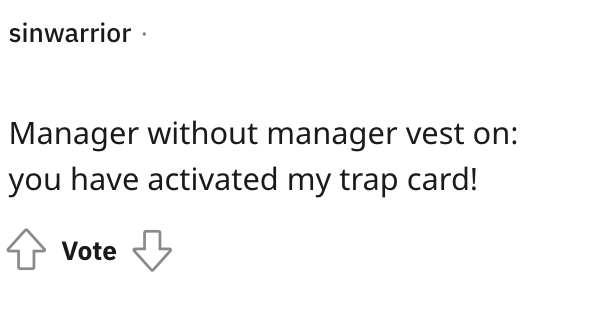 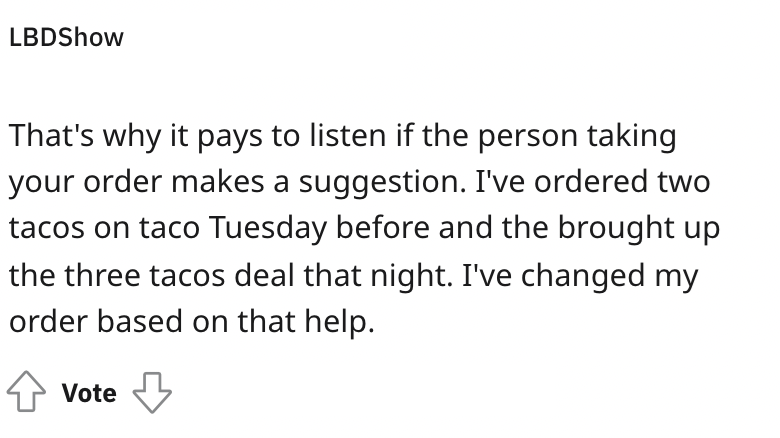 People shared their own experiences as well. 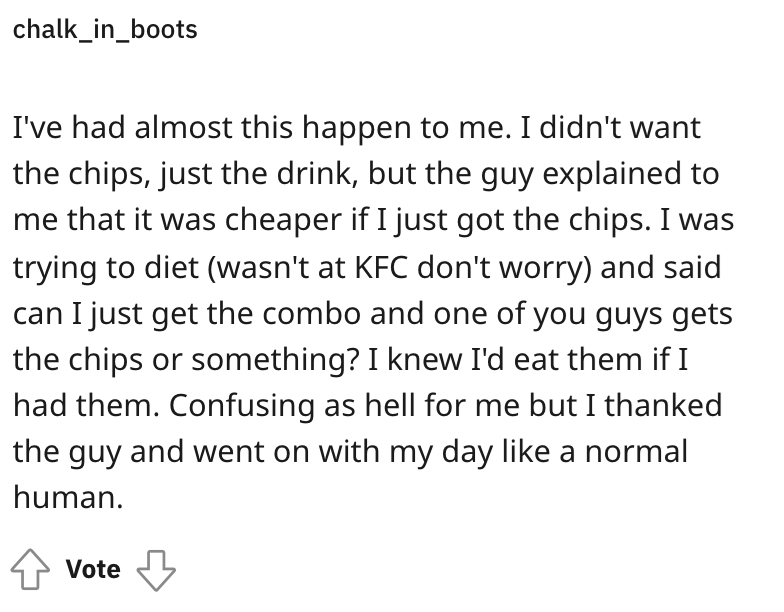 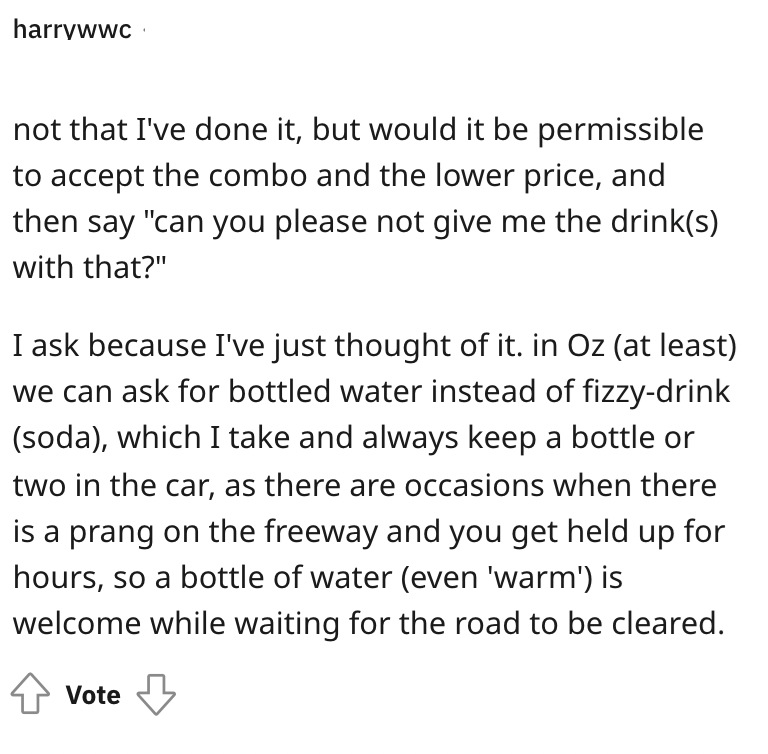 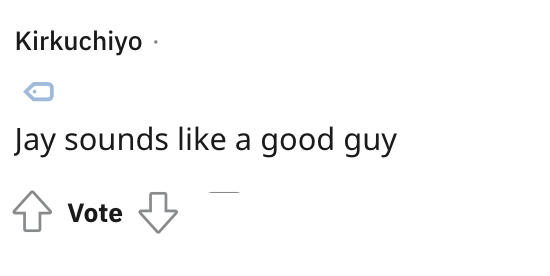 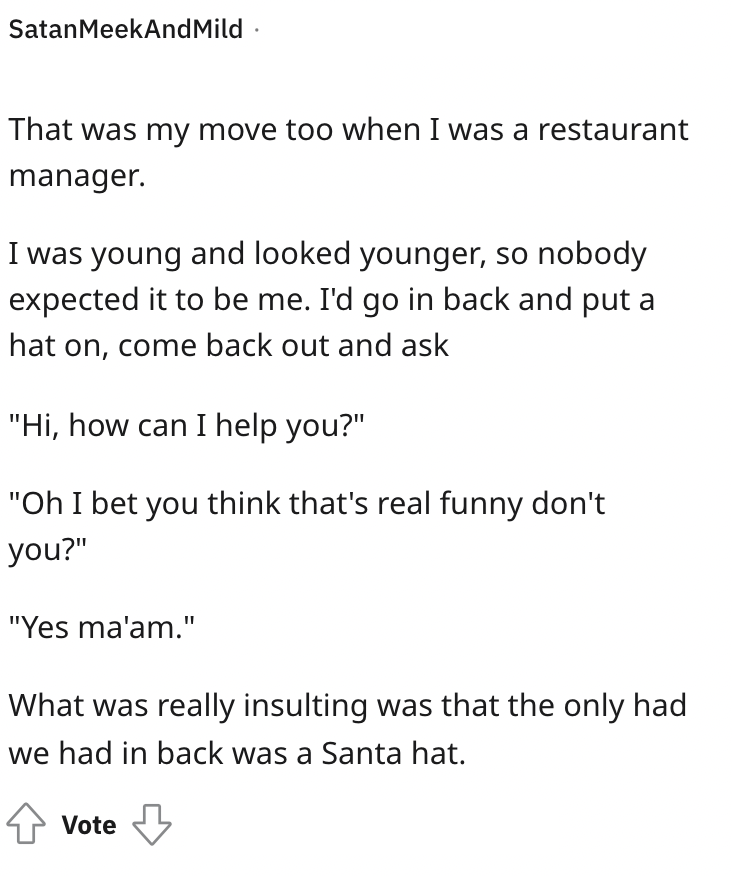 Have you ever met a Karen at work? How did you deal with her? Share your stories in the comments below.