And I truly adore doggos even though I am a tiny bit afraid of them sometimes though no fault of theirs. While I do believe that having a dog at home can increase your overall mood, they aren’t for everyone. So it is not surprising to see a lot of relationship stories where a person forces their partner to choose between them and their pet. Now whenever someone does this, I always say that they just don’t work well together and they should simply break things off.

After all, it isn’t right for forcing someone to choose at all. However, this story is quite different than what it seems like in the title and it isn’t as black and white as it may sound. You see the woman in the story only forced him to choose because she had no option left and she was doing it for the safety of her children. I am well aware that if you train a dog well, they shouldn’t really be aggressive towards others but sometimes it is too late for that.

You will understand what I am talking about once you scroll below and read the story for yourself.

The story starts off with a sad instance where a family got hurt by their dogs. 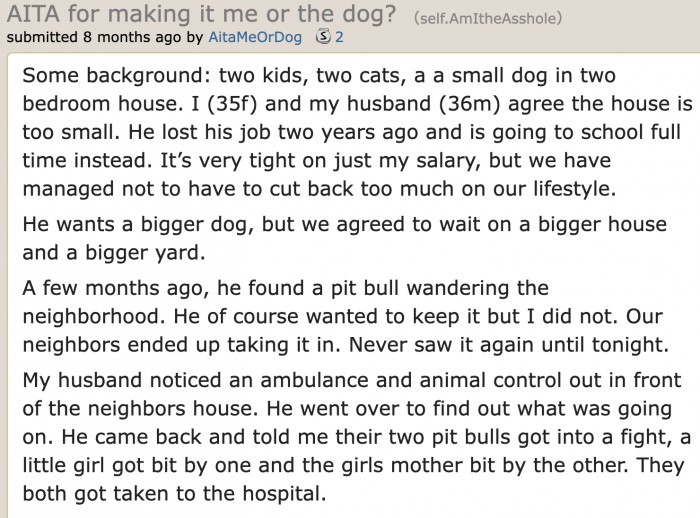 The husband wanted to keep the dog but she wasn’t going to let him put their family in danger. 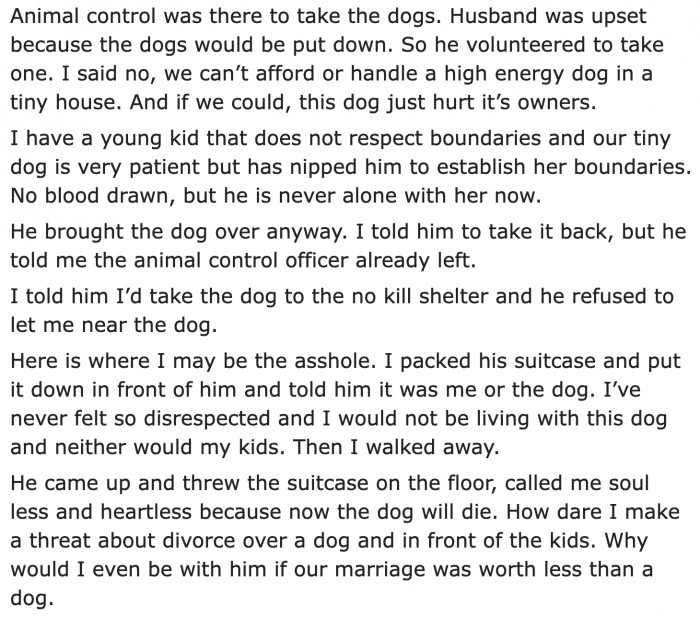 He was obviously annoyed by this but he did end up giving the dog away to the animal services. 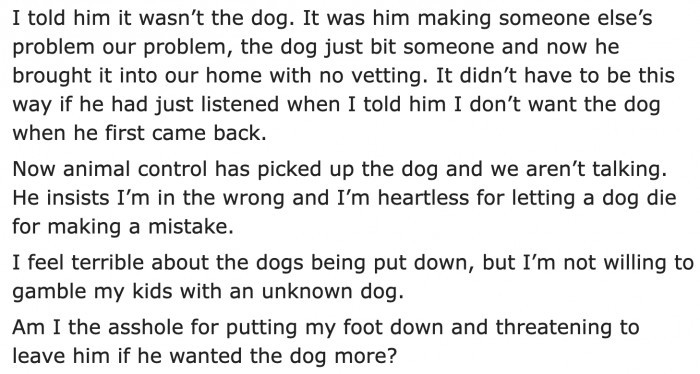 While I am heartbroken that dogs had to be put down but it wasn’t her responsibility to take care of them. If they hadn’t been aggressive, then this would be a different matter. But as she says herself, she was just looking out for her child. And since this doggo had already shown a history of violence, this wasn’t going to be safe. I am not saying that he couldn’t have been trained but not everyone has the time and money to help a dog.

People in the comments had a lot to say about this situation. 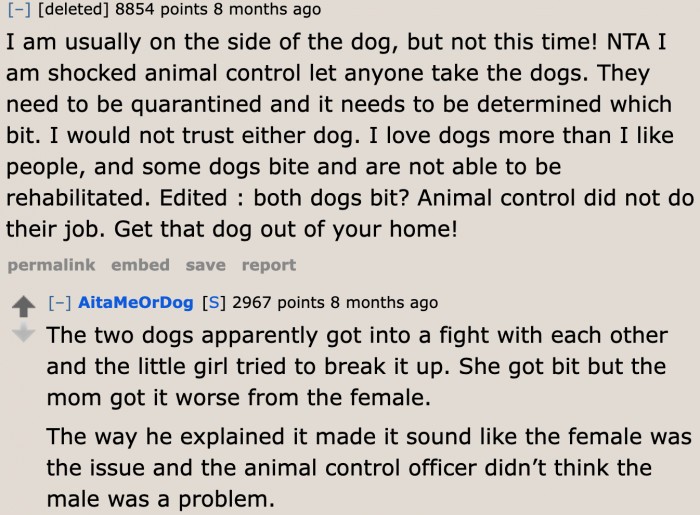 While most were sad for the dogs, they also understood why it had to be done.

Maybe they could have been trained but this wasn’t their responsibility. 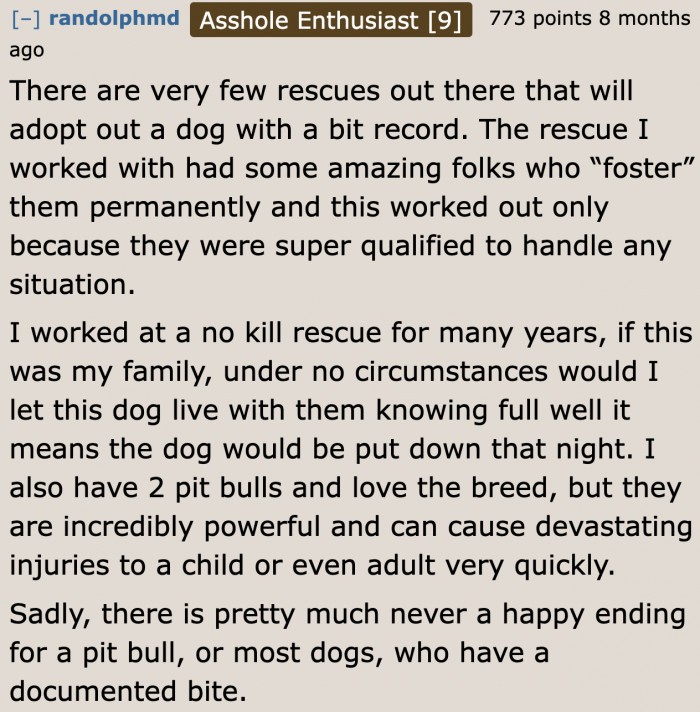 Even if a person has good intentions, sometimes it requires more. 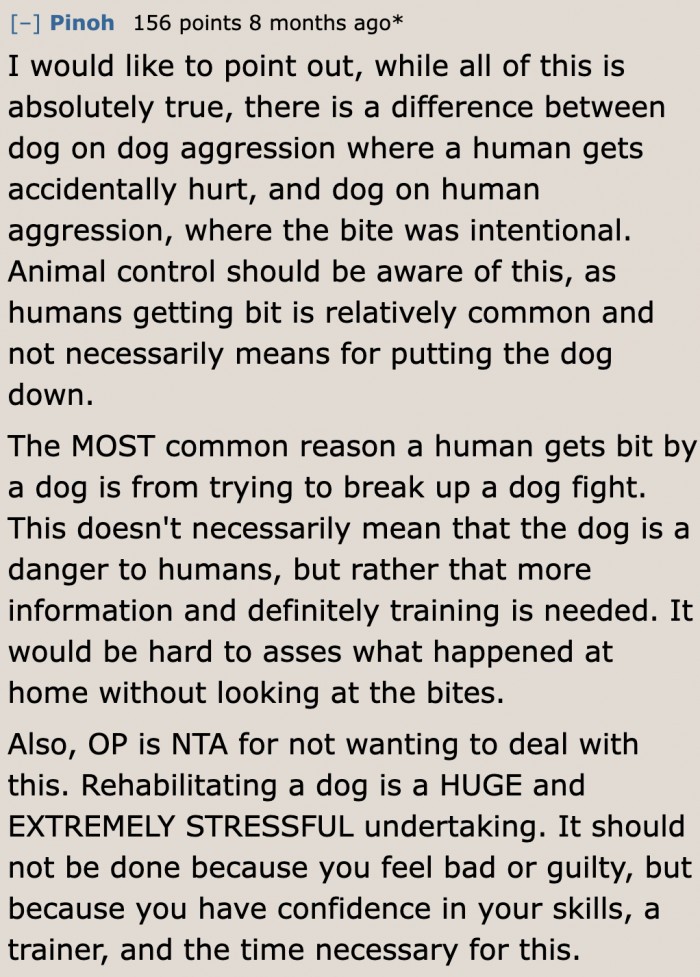 Some people even shared their personal experiences. 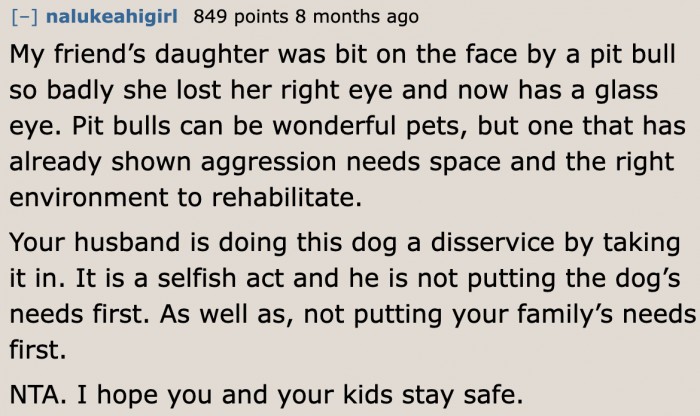 And while I do believe that Pitbulls get a bad reputation. 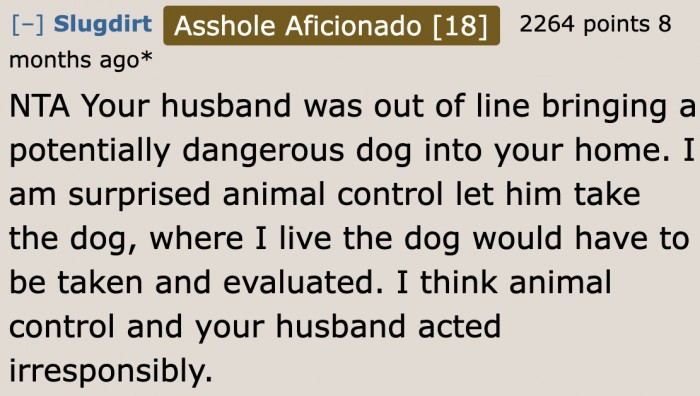 They are incredibly strong, and training is necessary for them. 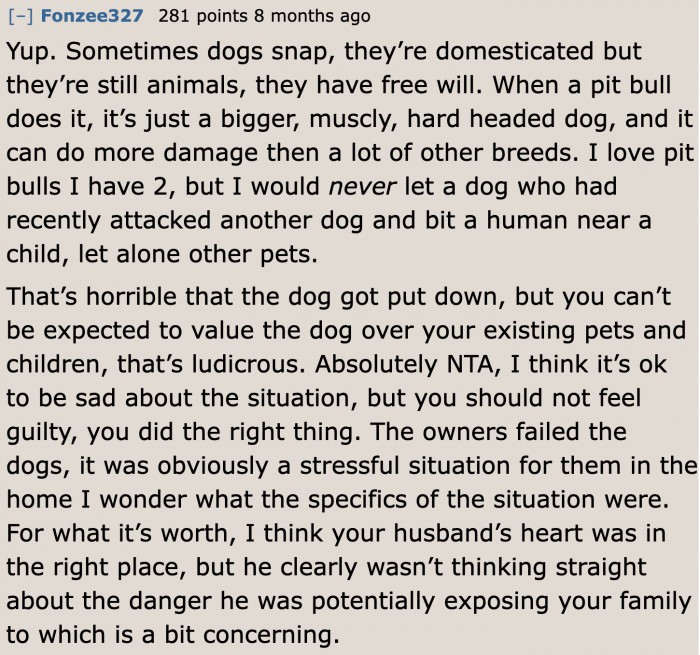 Not everyone should have a dog no matter how much they may want it.

It requires a lot of care and love that not everyone can provide. 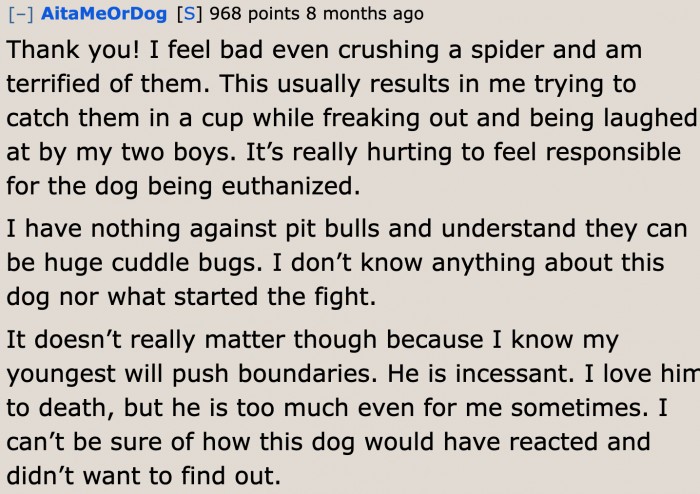 And even though it is sad to see the dogs being put down. 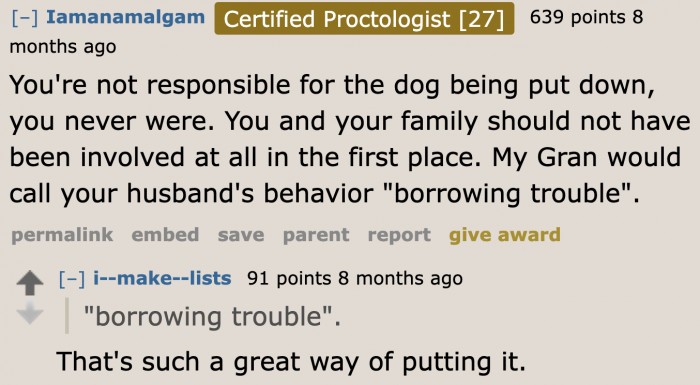 She wasn’t responsible for them. 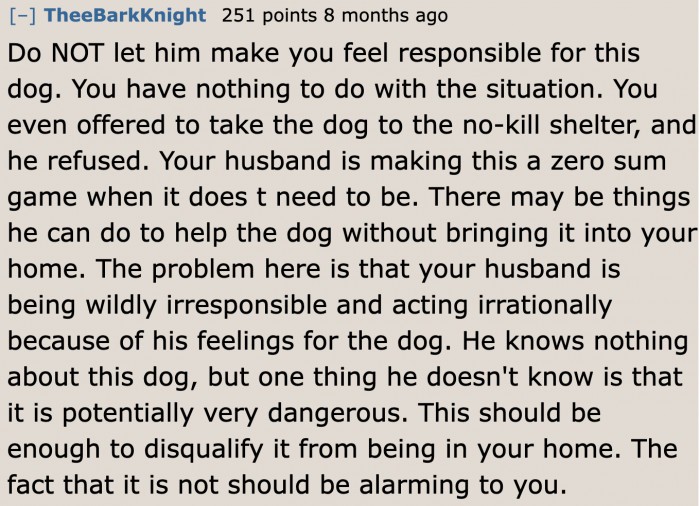 Was the guy not thinking about his kid at all?

He should have been more careful.

I understand that his intentions were noble but this isn’t the way. 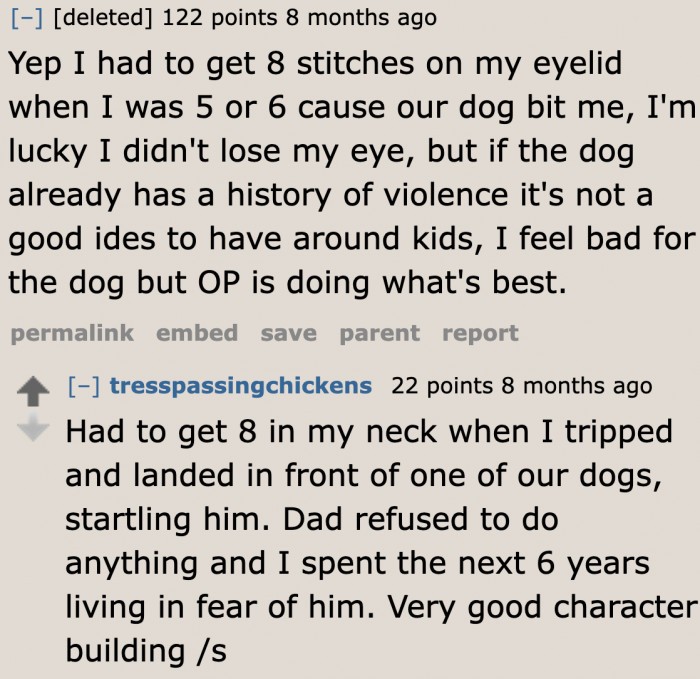 And he did this without consulting his family at all. 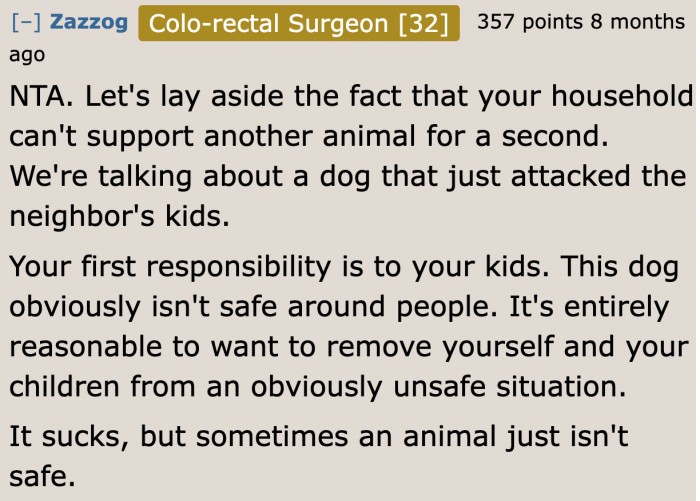 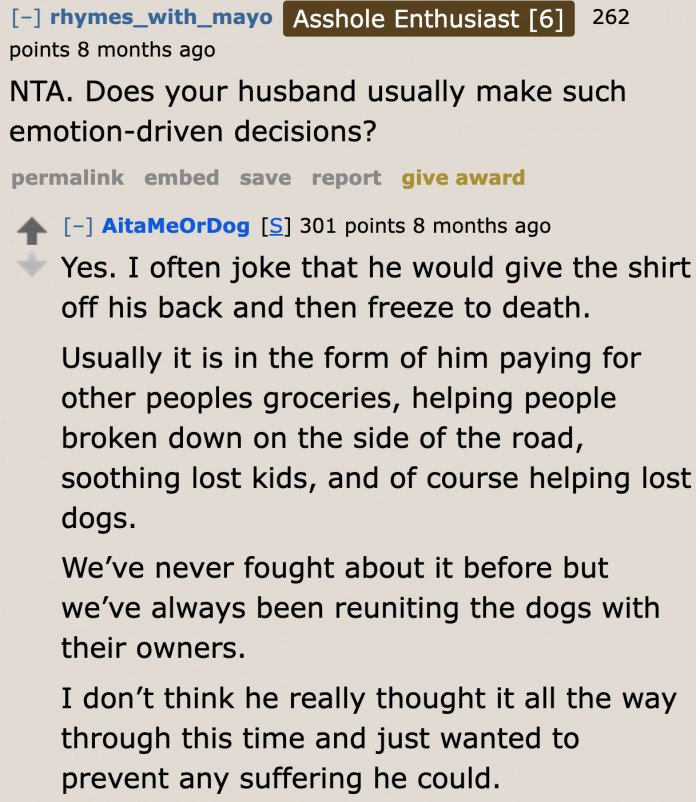 But he was way too emotional for his own good in this instance. 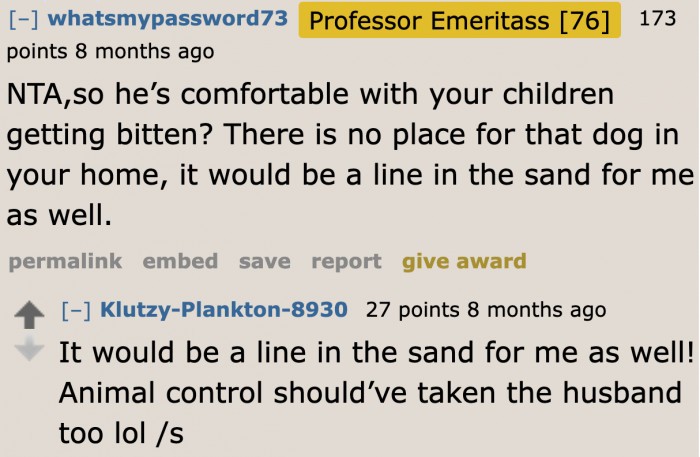 What are your thoughts on this particular story? Do you think the guy was being too pushy and didn’t have his family’s safety in mind? Or do you think she should have let him keep the dog? Let us know in the comments below and don’t forget to share this story with your friends so they can join in with their opinions as well.