I bet she never thought this would happen.

People who scam others and steal from the ones who would hard to earn that money never realize that one day they will get caught. There is no if about it, most of the time you get caught one way or another so why do something like this in the first place? Perhaps these people don’t feel any remorse for the ones they are slighting as there are so many like these scammers in the world.

But when they do get caught, there is usually a lot of jail time and more fines than they can ever hope to pay back. However, this story is a bit different. You see one of her ‘marks’ was actually able to get his money back and more. He was apparently the only one who was able to do this. You can read the wholes story below by scrolling on below and taking a look for yourself.

And so the twisty turny story starts with him looking for a cheap apartment. 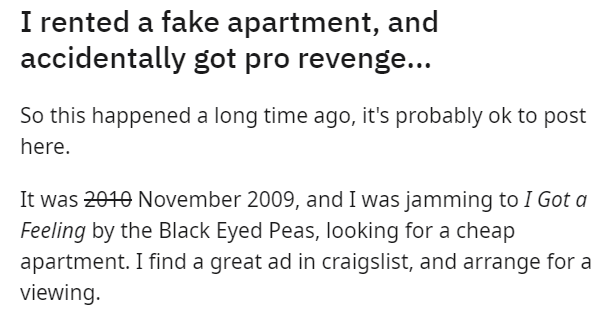 He luckily found one that was within his budget, and so he hurriedly signed the papers. 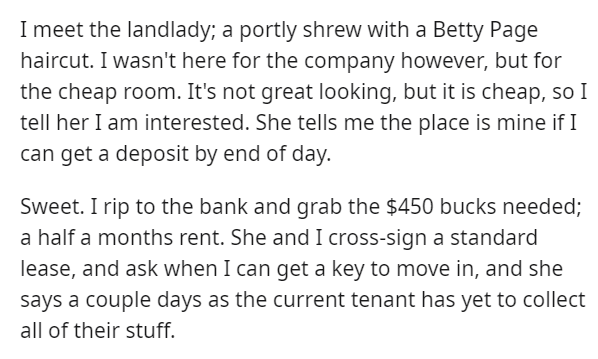 He had to sleep at a friend for a few days until she replied.

But it wasn’t the answer he was looking for, so he set out to execute a plan. 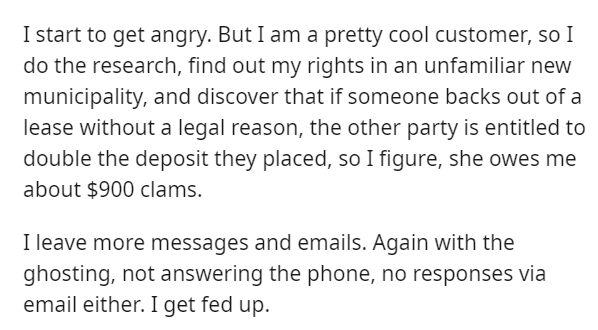 He had to wait for a while, but she finally showed up with a new client. 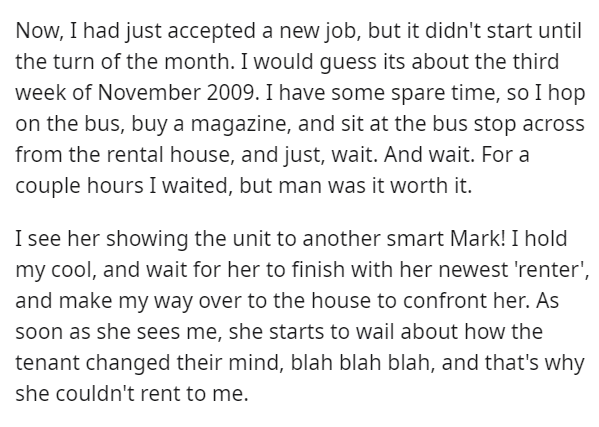 It was clear the threat of legal action had scared her into compliance. 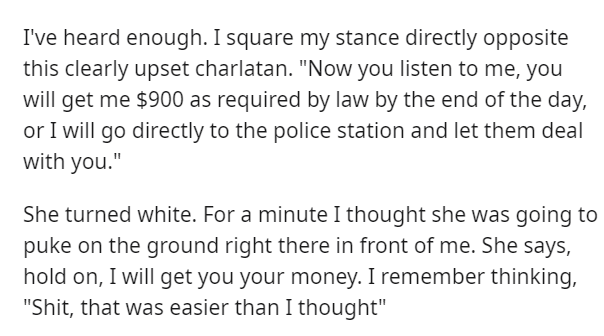 You might think that was the end of it, but it is actually only the start.

After that, she was caught because of all the other people she had stolen money from. 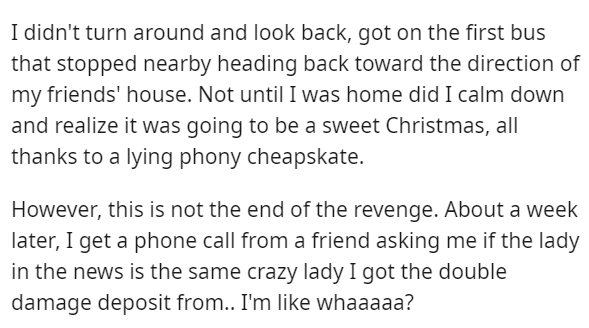 And so heads down to the police station to give his statement. 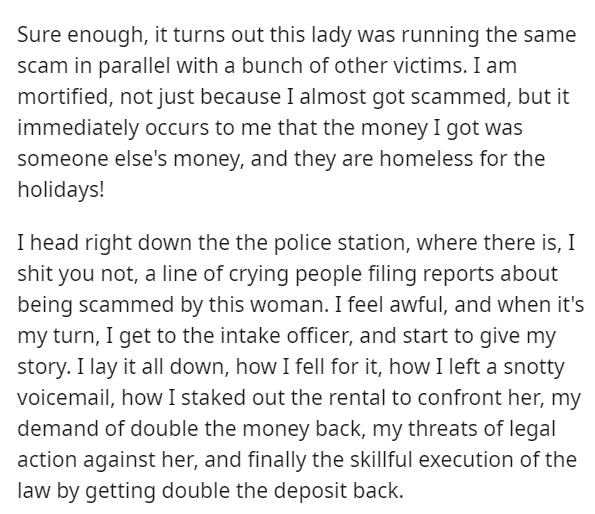 Apparently he was the only one who had taken action against her of some kind in the first place. 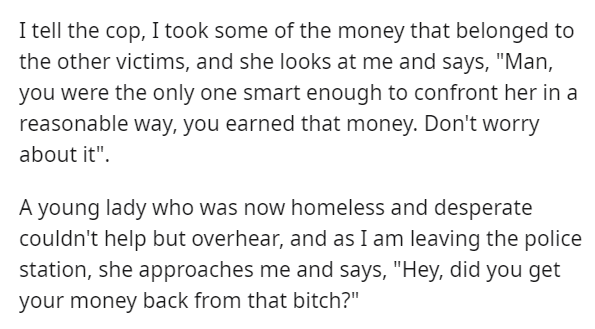 You would think the others would feel slighted.

But it is quite the opposite!

I would normally dismiss this story as something that never happened but holy sh*t you got the news stories to back it up. Well done.

They were happy that at least someone had gotten back their money. 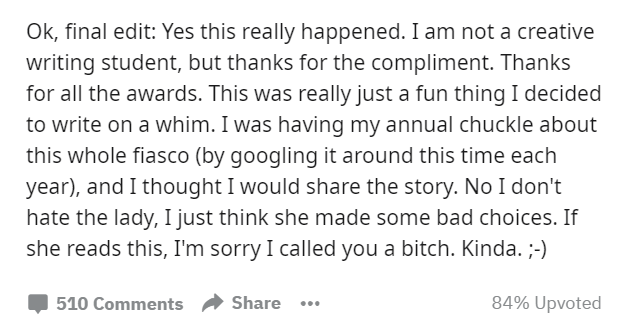 I think she had been running the scam for a few weeks, and when I threatened her, she knew it would all unravel. This is why she turned white and didn’t argue. I honestly think she saw her impending doom in the look on my face. It’s even more satisfying in retrospect than it was at the moment.

I think she probably got a visit from the po-po not long after I concluded my “business” with her. I don’t think she was physically confronted by anyone up to that point, but that’s just what my gut tells me.

And perhaps this person is embellishing a bit. Who knows at this point? But what I do know that this was featured in the news, and you can read for this yourself right here and here. What are your thoughts on this? Do you think the clapping really happened? Let us know in the comments below.