Why can’t they just take no for an answer?

Karens are the worst. I don’t think I should explain what a “Karen” is, but some people are still in the dark over here. So, let me enlighten you. A Karen is a middle-aged typical white woman with a short bob, wearing a tracksuit, who drives a mini-van and would like to speak to your manager. Do you get the picture in your head? I hope you’re seeing a snobby, short woman with a tonne of attitude. If that is what you’re seeing, you got it right.

Anyone who works in customer service or retail just dreads a Karen. They are never satisfied and are highly self-entitled. This man on Reddit shared his story of when he faced a Karen in a place he didn’t work at. The story will have you laughing out loud. Scroll down below to read it:

The story fitted well in two subs of Reddit, this will be interesting. 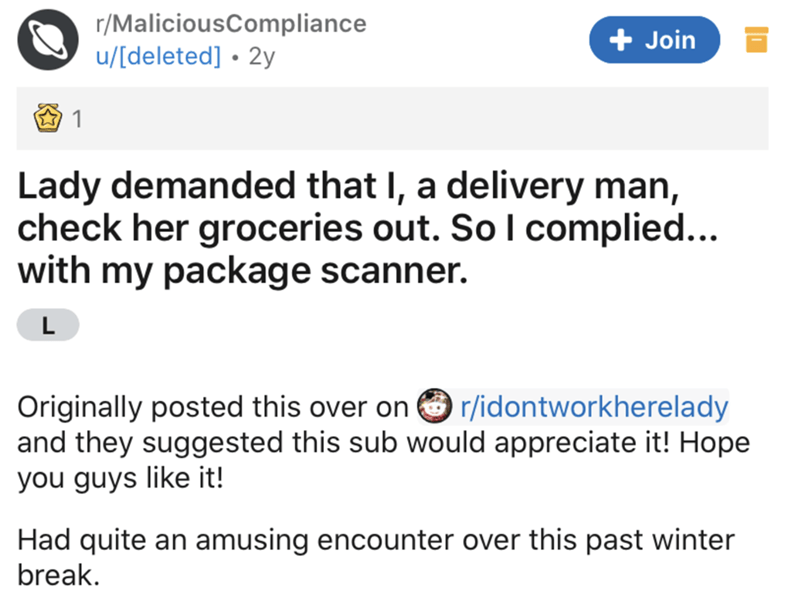 The delivery guy was just dropping off a delivery package at Kroger. He described his uniform as well. 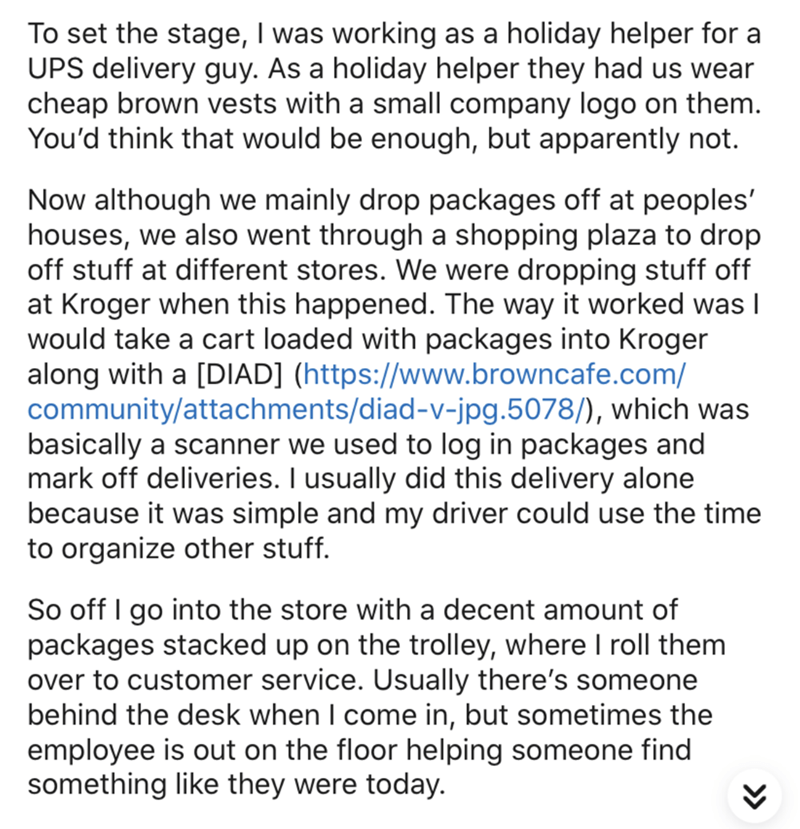 He was unloading the boxes when a wild Karen approached him. 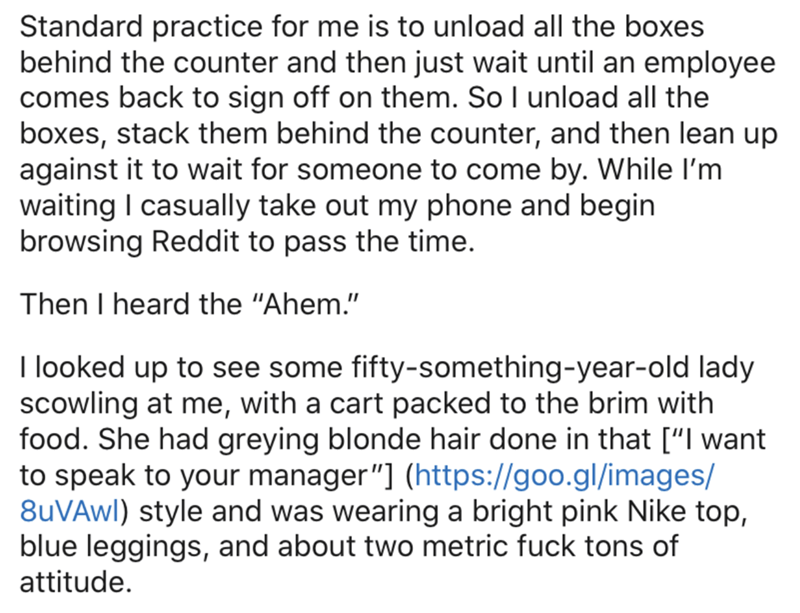 She asked him to check her groceries out, and he politely told her he didn’t work there. 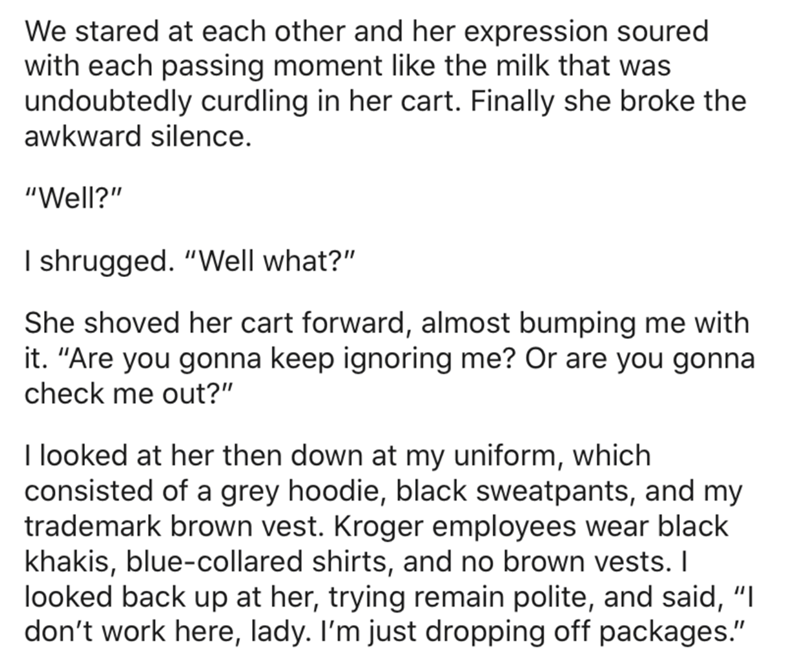 She didn’t even bother taking his word for it and demanded he checked her things out. 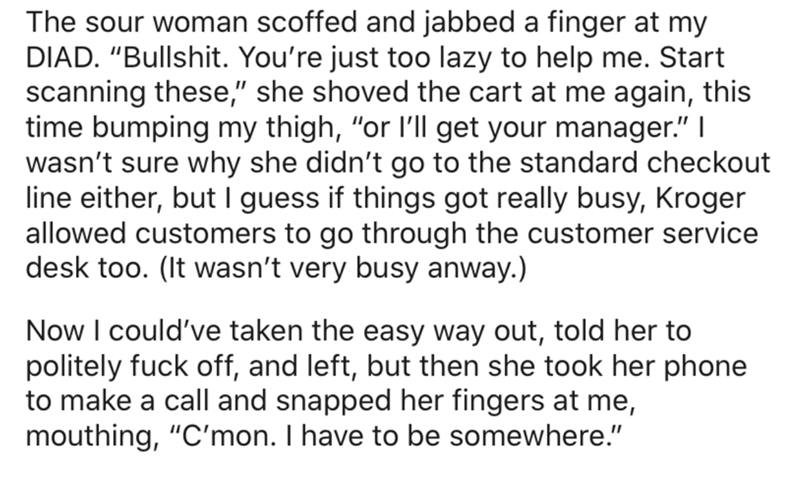 So the guy decided to mess around. He asked her silly questions to get on her nerves until she finally lost it. 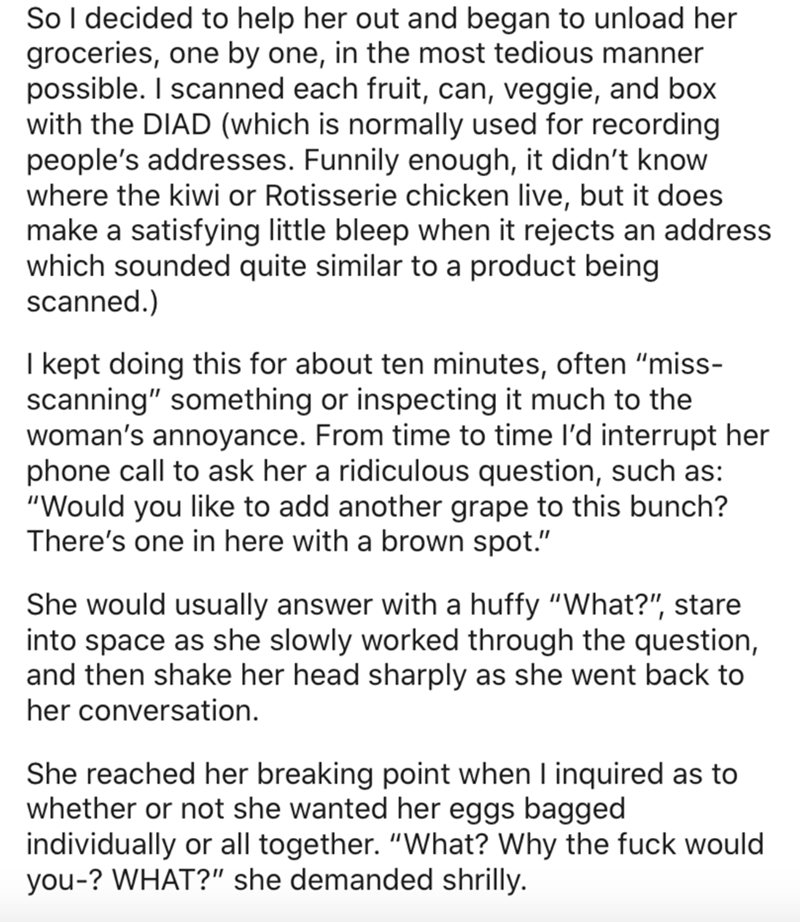 This is the perfect response. I’m going to clap for this guy. 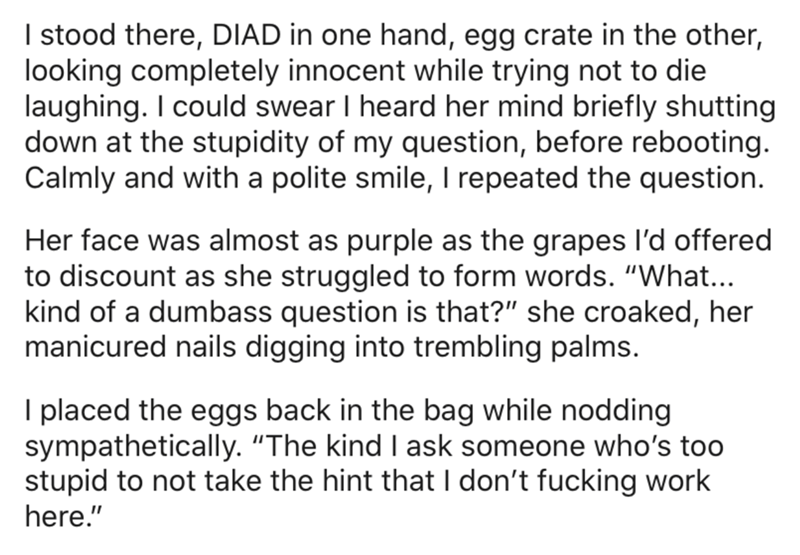 Because the guy didn’t work there, she decided to unleash her fury on the guy working in customer service. 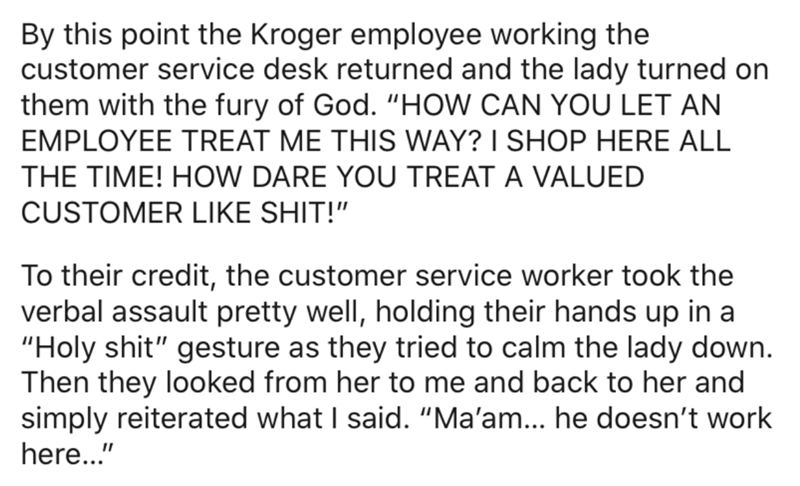 When she was left with no defence, she just stormed off saying they lost a customer. 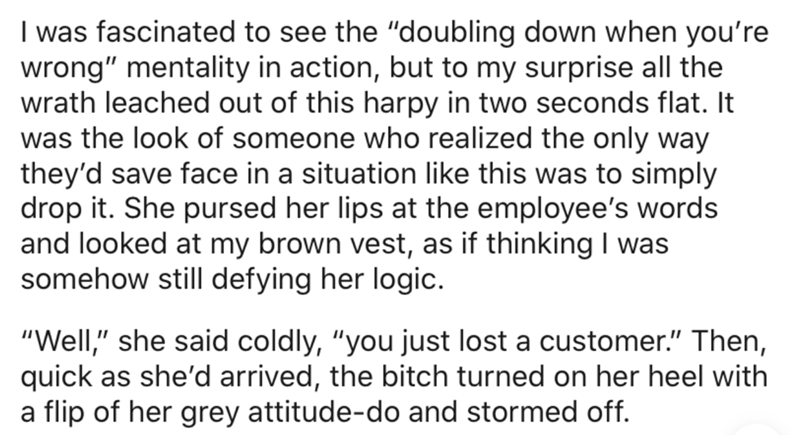 The guy had a response to that too, but he decided the lady has had enough. 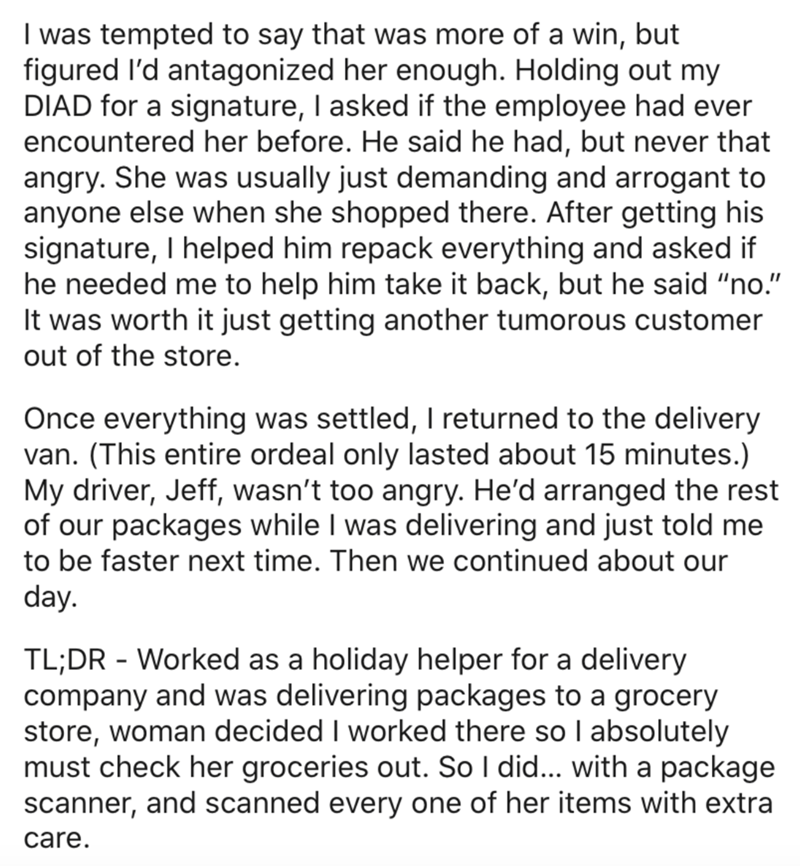 People who act entitled are the worst. Just because someone is working somewhere does not mean you get to treat them like trash. They are employees, not your personal slaves. People really do lack basic human decency sometimes. Scroll down below to read what other Redditors had to say about the whole incident:

This guy seems fluent in their language.

This is not the last you hear from them. 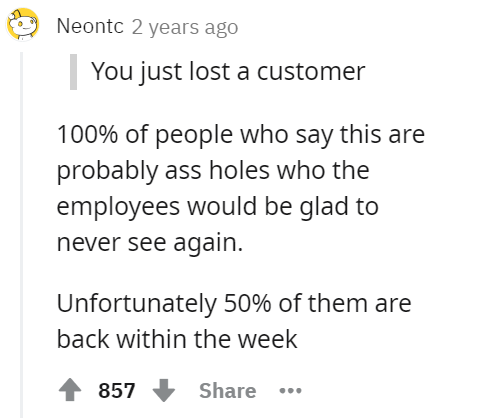 This man has won. 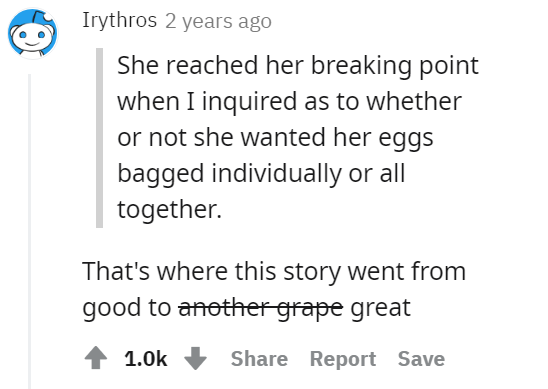 I would say good riddance but…

That is just sad and disgusting.

She would have thrown hands if that happened. 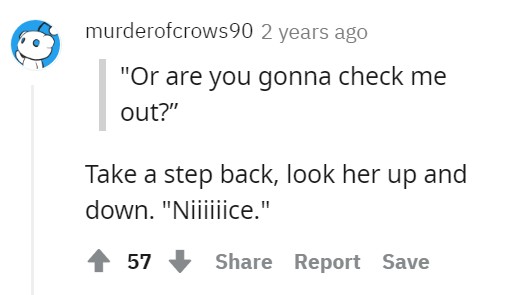 Do you think the Karen deserved it? Share your thoughts with us in the comments below.