Never get a tattoo in another language.

Unless you are fluent in that language, it can be a big fail. I mean if you look at all the tattoos that people get removed or covered up, words in Asian characters might be number one. I understand that it can look pretty unique and beautiful, but it can be a huge risk as well. And if you really want to do that, the best way to go about it is by consulting your friend or someone that speaks that language.

This person however decided against that got a tattoo in an Asian character anyway. Apparently he wanted to surprise everyone. However, he was the one that got the biggest surprise when he realized that it was not what he thought it had meant. Honestly, I can understand why he is upset after finding out about that, but it is his fault and no one else’s. You can read the whole story below and find out what the tattoo really meant. So scroll on below and take a look.

So what you are telling me is that this was his first tattoo? Poor guy. 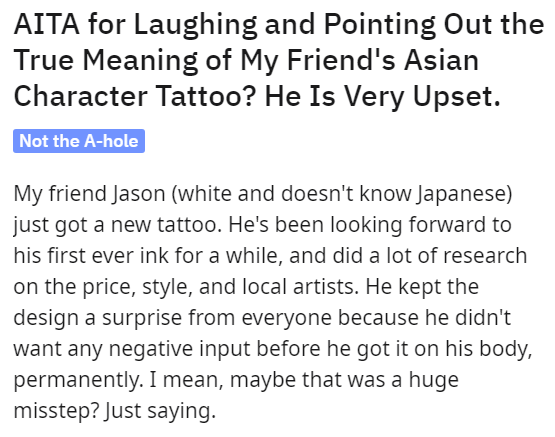 And he got it on his butt? That is just a complete disaster. 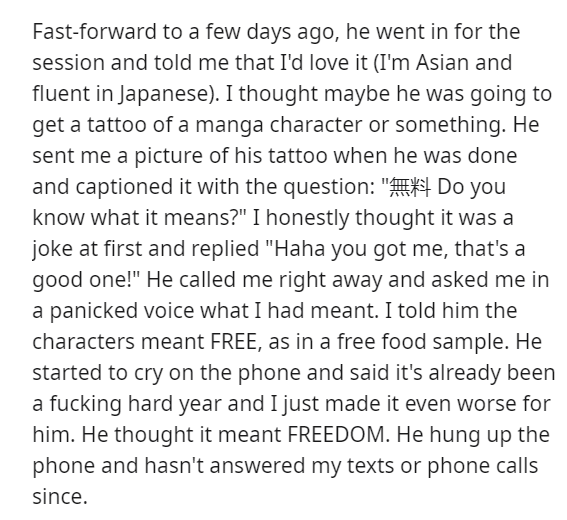 Honestly, it is not his friends fault, he just told him the truth. 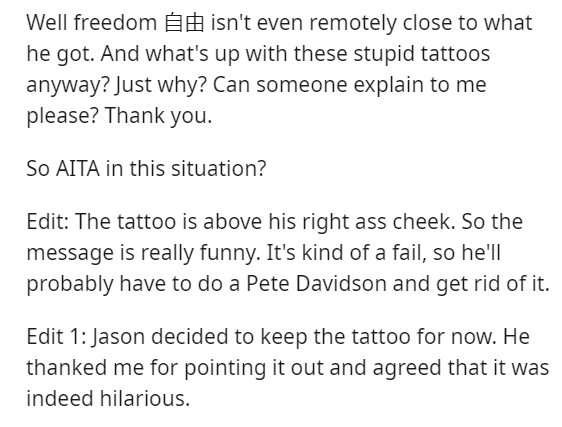 Was I too insensitive by assuming that it was a joke? I thought he was smarter than that. Maybe I was TA for laughing? I made a grown man cry and I feel bad.

Exactly, He can’t blame anyone else for that tattoo.

If I ever see a mistake like that, I wouldn’t tell that person either. Don’t want someone’s wrath on me. 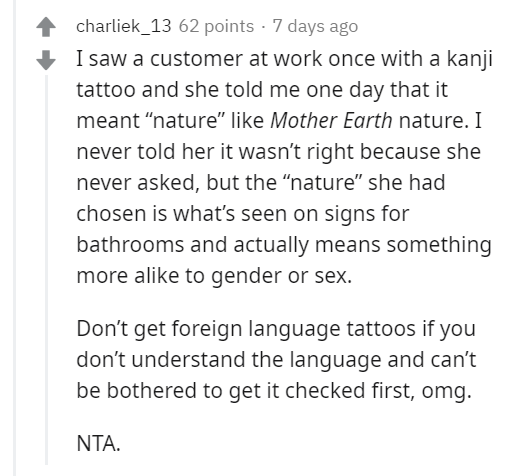 There seems to be an increase in those sorts of people as well. 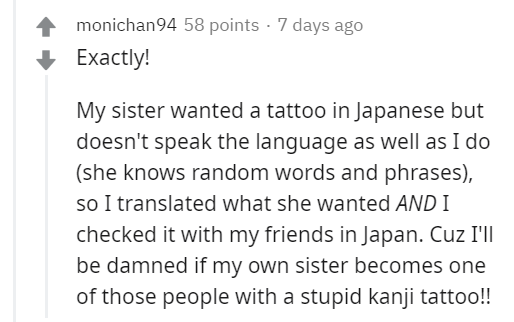 Even after you get it checked multiple times, there is still no guarantee that it will turn out right. 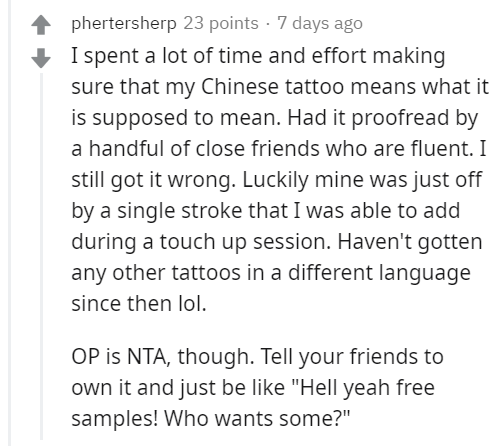 I’m a white person who wouldn’t get a kanji tattoo today, but I got one long before I understood how cringy that is. That said, it was a character I’d wanted as a tattoo since I learned the word and symbol in Japanese class many years earlier, and it meant a lot to me because I had some personal ties to Japan.

I paid a Japanese calligrapher for the design I brought to the tattoo place, so I’m extra quadruple sure it means what I wanted it to mean AND an actual Japanese person made money off my dumbass act of cultural appropriation. If you’re determined to tattoo something in a foreign language on yourself, pay someone who is a native speaker of that language to design and/or look it over. Don’t just ask a friend who knows the language to check it out for free — pay somebody for that work. It’s the least you can do, and it might save you a ton of embarrassment.

I’m stuck with it now, but I hope it’s only, like, half cringy. Luckily it’s on my back in a place where almost no one sees it. Even I forget it’s there until I’m wearing an open-backed swimsuit or something and somebody comments on it.

So, speaking as a white person with a tattoo in a language in which I currently am, at best, an advanced beginner: NTA. Friend should’ve done his homework. –double_sal_gal

I do wonder where he did his research. 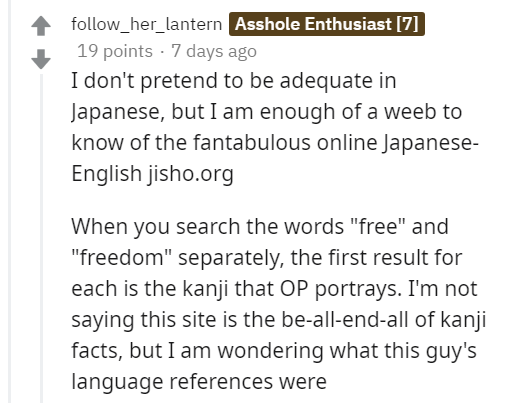 I am surprised he didn’t take advantage of this situation. 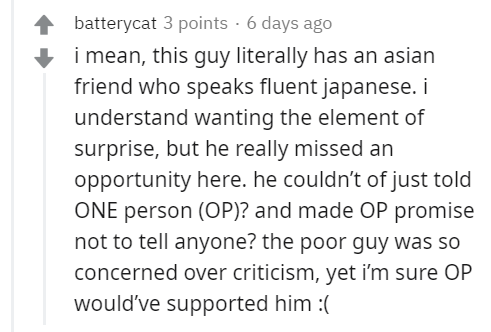 I know this is sarcastic but that would be hilarious. 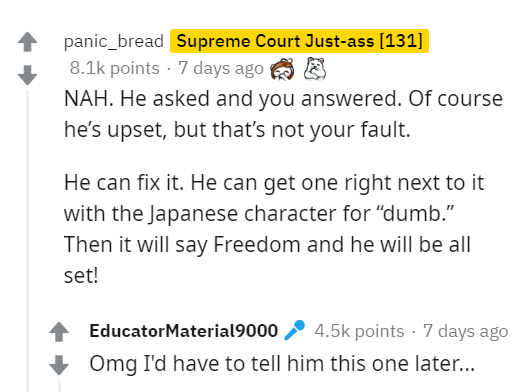 Even Google is showing the correct thing. I suppose he was just unlucky. 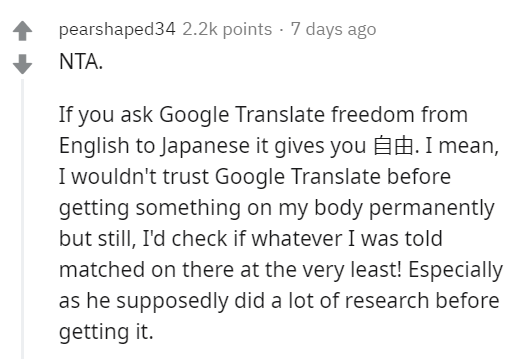 Do you have a tattoo in another language? If are you sure you know what it means? Comment down below and let us know about your own personal tattoos.