I know many people who would disagree with that sentiment (mostly kids) but it’s about family and being together. However, we have come quite far away from that in this age of consumerism and almost everyone wants the brand-new thing that is all the rage right now. Although that doesn’t mean anyone will go along with what their family puts forward. I always thought gifts were voluntary and never forced upon anyone.

But it seems that is not true for many families as they are required especially on Christmas. They don’t even like to think about the fact that a person might not be able to afford so many presents. We have already heard so many stories of people going bankrupt because of the amount of gifts they have to buy for their extended family. This guy however decided to do something unique when his step-family asked him to do so.

You can scroll on below and take a look at what he did.

That is quite the sensible idea. After all who has that much money? 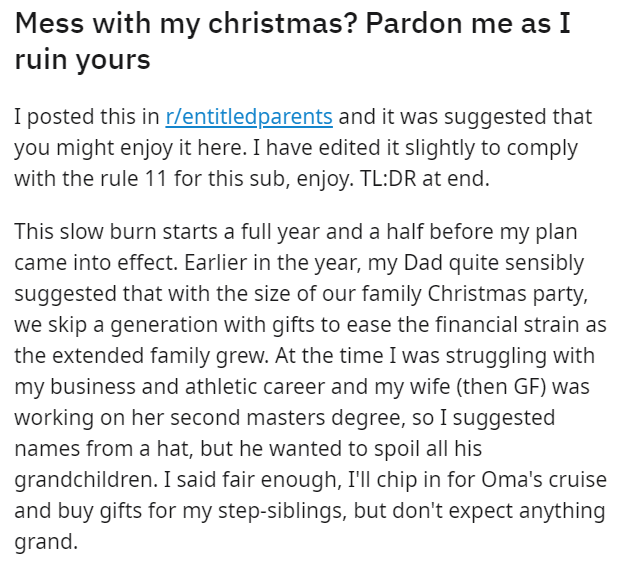 So that is why we get some names for his extended family which is a lot. 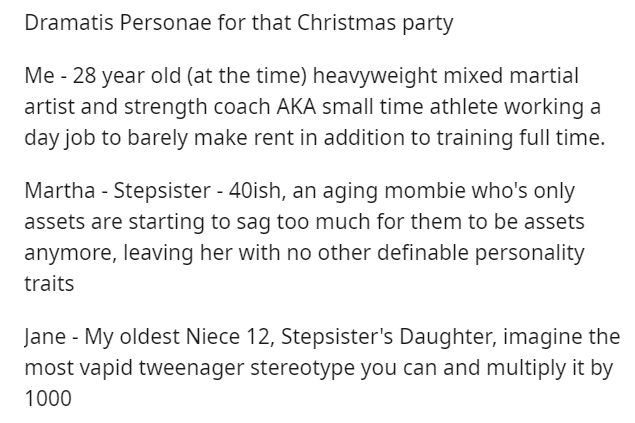 Safe to say, there are a lot of kids in the family. 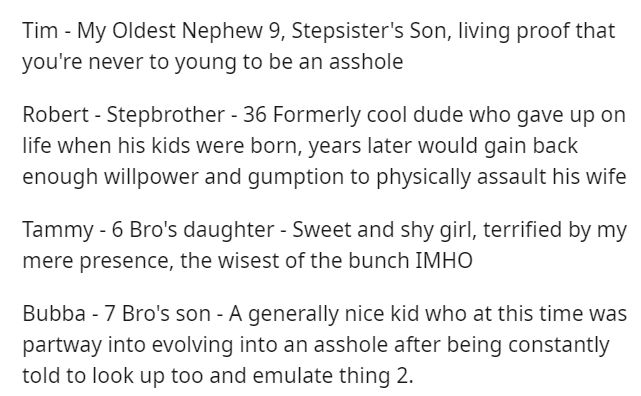 And it also seems most of these parents want to be as far away from their kids as they can be. 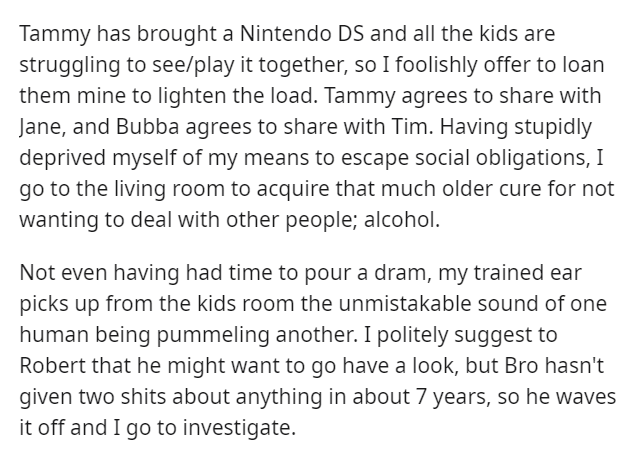 I mean some kids do like to play rough but this is taking it a bit far. 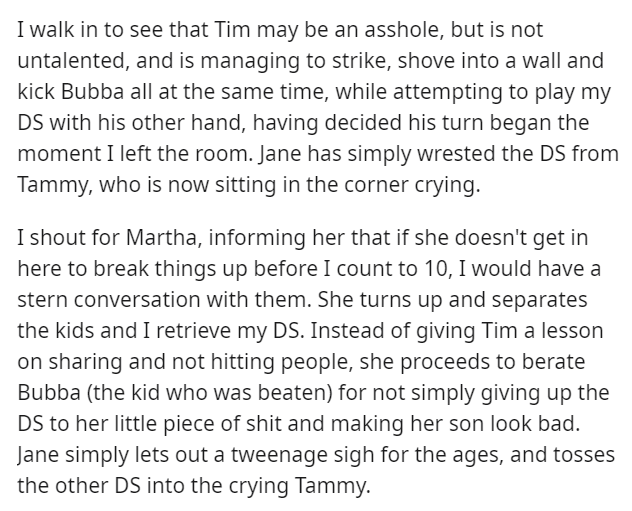 But that is the only Christmas where he gets away with no gifts for kids. 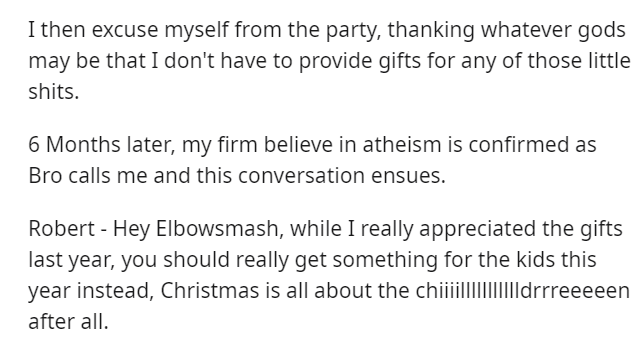 As the extended family now want to bankrupt him for the kids he doesn’t really care about. 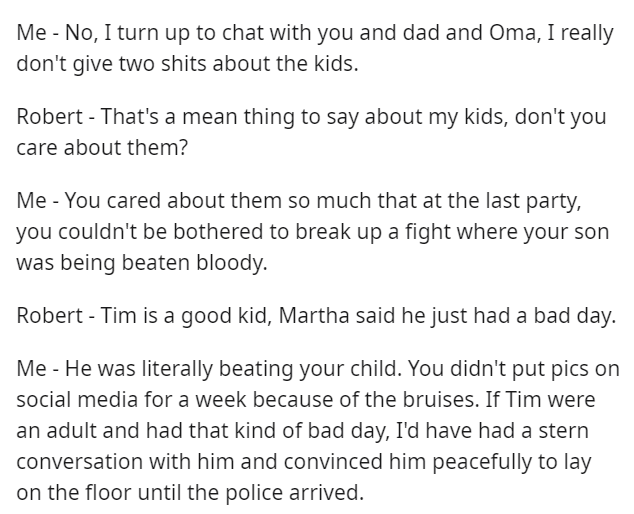 Gifts are such a great weapon sometimes. Last year we got our nephews a yard of chocolate. It was great. I’m sure if it wasn’t for COVID-19 there would be retaliation this year. –Charkath

But this is when things start to get interesting. 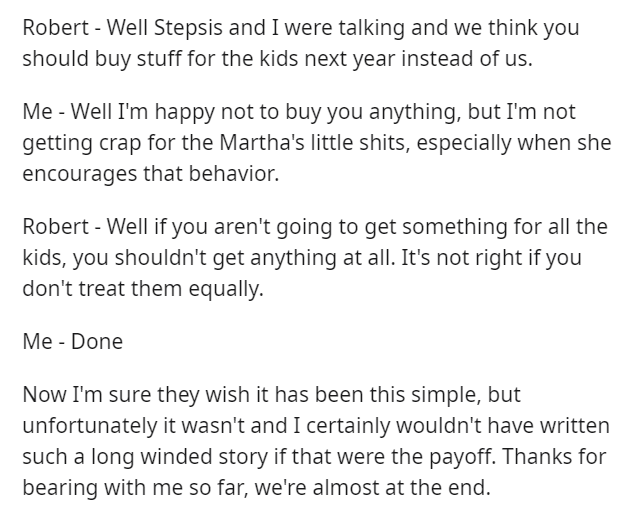 You would think that would be it but even his father joins in to urge him. 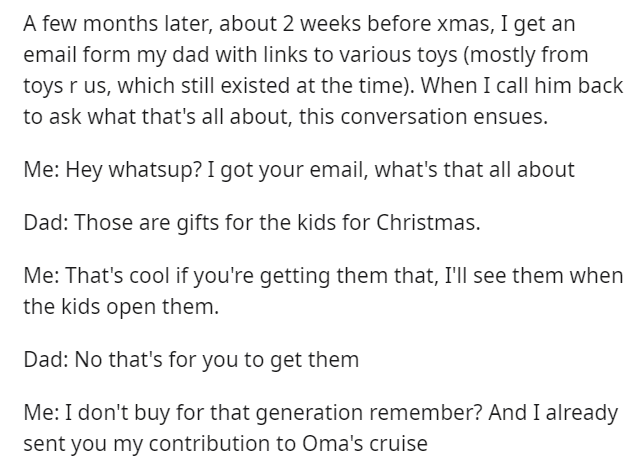 The Father clearly wants him to get a lot of gifts for the children. 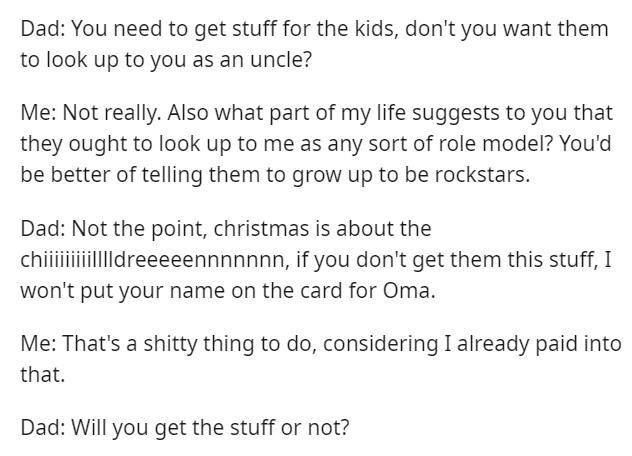 And that is exactly what he does when he realizes they aren’t going to back down. 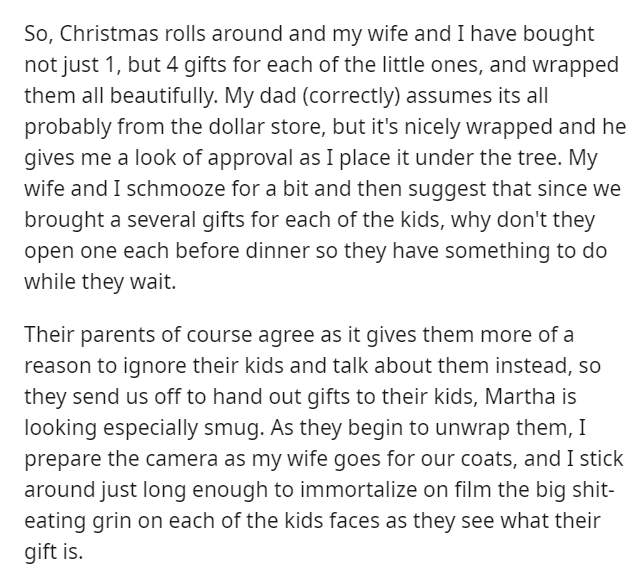 As a mom, I can confirm that this was the perfect revenge and kinda genius TBH. Excuse me while I go buy some harmonicas for my asshole brother’s kids this Christmas. –teamdna04

I bet they hoped he hadn’t bought any gifts for the kids because they clearly paid the price. 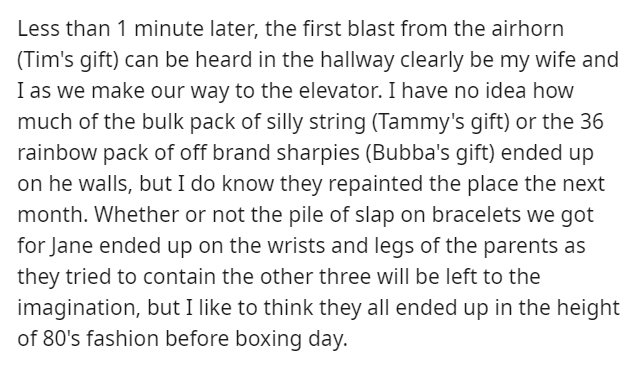 And he also left a warning so nobody bothers him next year. 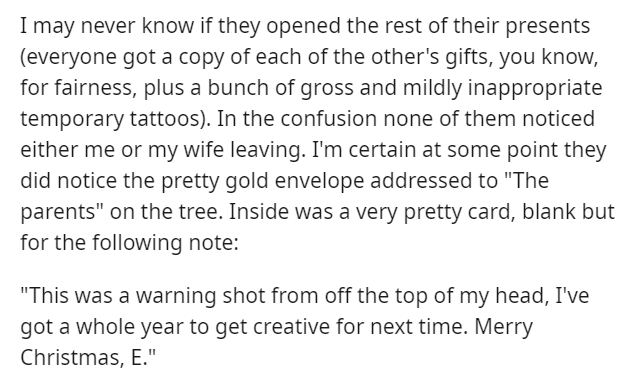 I mean technically you did make all the kids quite happy. 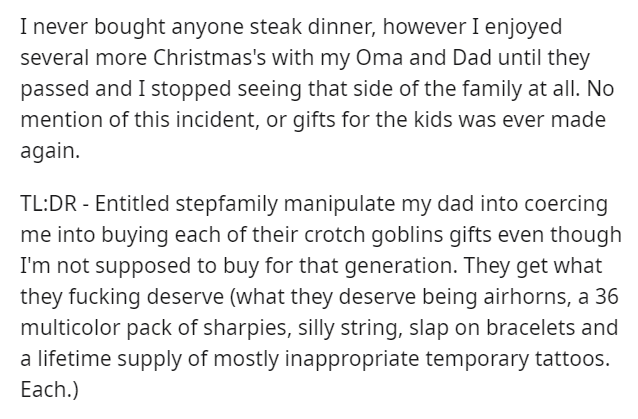 My sister almost killed me the year I gave my niece a recorder with a microphone. The kid recorded herself singing those Disney songs and played them back until every one cried in despair. When my kid was of the appropriate age she gave him a little piano and a singing plastic chicken. We’re pretty much even, now. –barrocaspaula

And so we end with this sweet note. 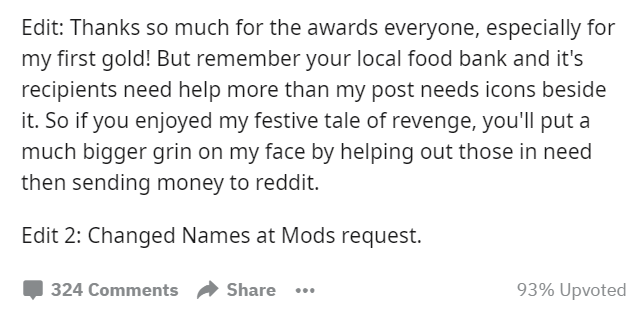 Have you ever done something similar to get your family off your back? Comment down below and let us know.