Karen’s don’t care who you are.

But they will certainly remind you again and again who you are talking to with the iconic line ‘Do you know who I am?’ Today however, we have a bit of a different Karen. This one just wanted her daughters work to be finished before she moved away. You would think that is a normal thing to want but they way she chose to ‘remedy’ this is horrendous. Not only did she choose the**hole route, but she also went off on another student.

I don’t know about you but I think most people know students aren’t the ones who actually fire and finish a project unless instructed by their professor to do so. And this student even told her multiple times but the Karen just wasn’t having it. She wanted her daughters project fired, and she wanted it done now. Thankfully someone else intervened before things went a bit too far. And that person was the lab manager who is apparently known for being strict.

This student was busy doing her work but this Karen just had to interrupt. 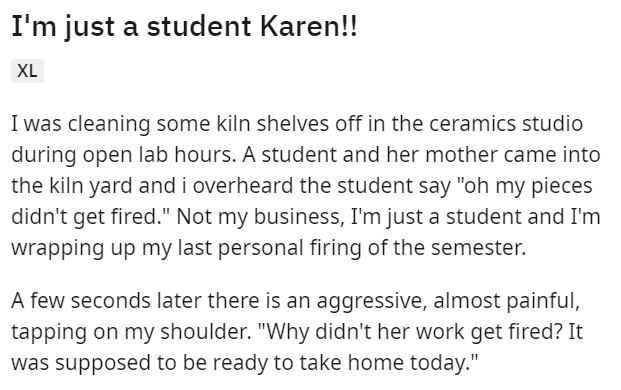 The Karen’s daughter even tried to tell her mother, but she was having none of it.

Whatever you paid doesn’t really concern another student now, does it?

So she is one of those mothers. Makes so much sense now. 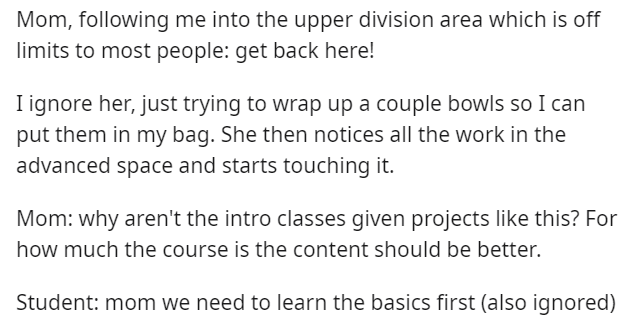 But she doesn’t have to listen to her rant for long as the manager finally arrives. 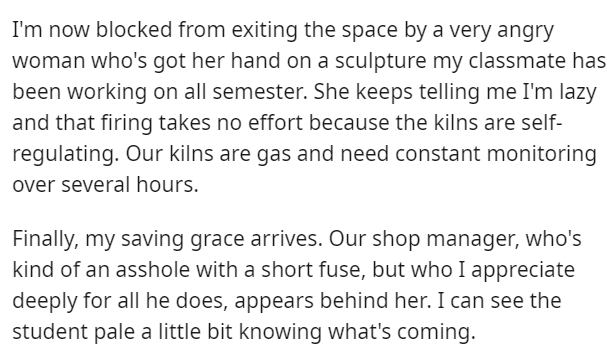 Yeah. We have a manager like that who gets the job done…..especially when a customer is being picky and wants a certain size of something or they wont order it……but manager told them it’s always the same size and has been. We can’t choose. –DumPutz

And let me tell you, Karen gets one heck of a telling off which she definitely deserved. 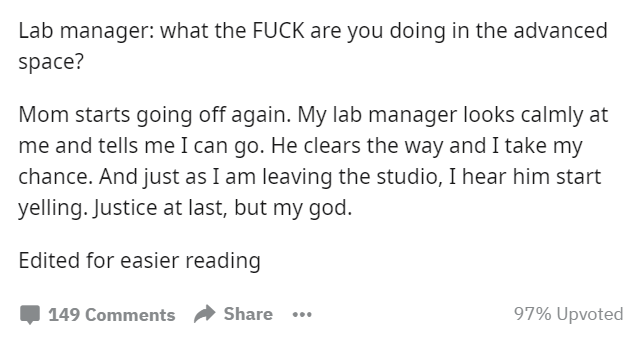 It is honestly horrendous to be raised by these sorts of people.

Their children who are (in this case) actually adults now and still suffer this insane intrusive behavior into their lives. F**king crazy. –ReadingFromTheToilet

So many years of therapy and so much money that you have to spend on that. 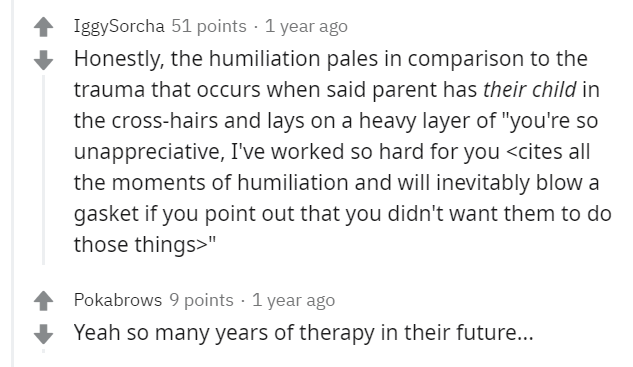 We also get a little bit of information why she couldn’t put someone else’s work in the kiln even if she wanted to. 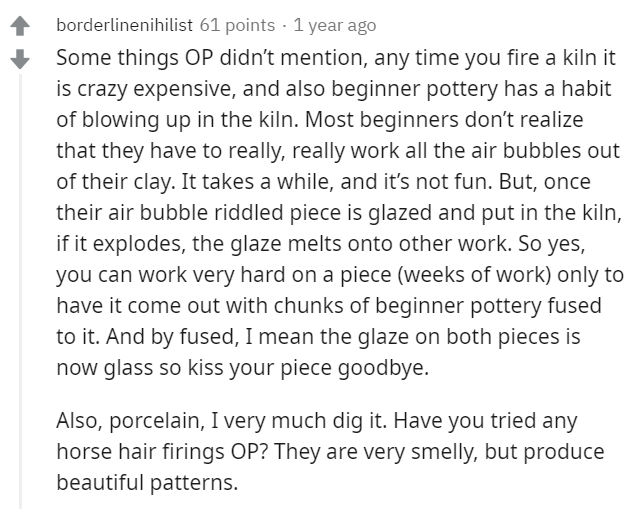 Who knew pottery was so complicated? I certainly didn’t.

We all have that one teacher who treats everyone rudely but is a master at their craft. 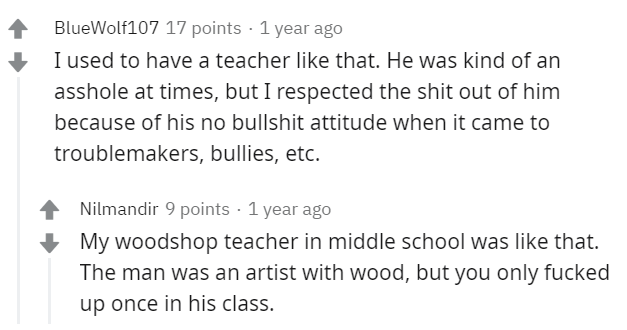 The more of these stories I read, the more I’m amazed some Karen hasn’t thrown down on the wrong person and gotten her running lights dimmed, consequences be damned. –MrAaronMN

So what you are telling me ink would sort of appear on their body? 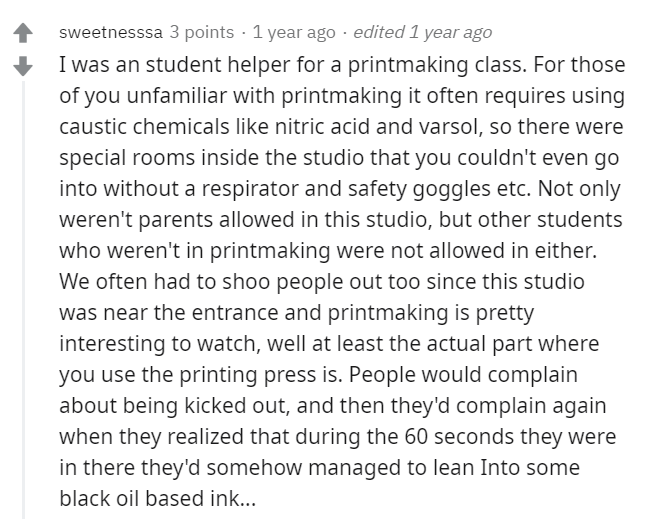 Not everyone wants to cause conflict, and she handled it nicely if I say so myself. 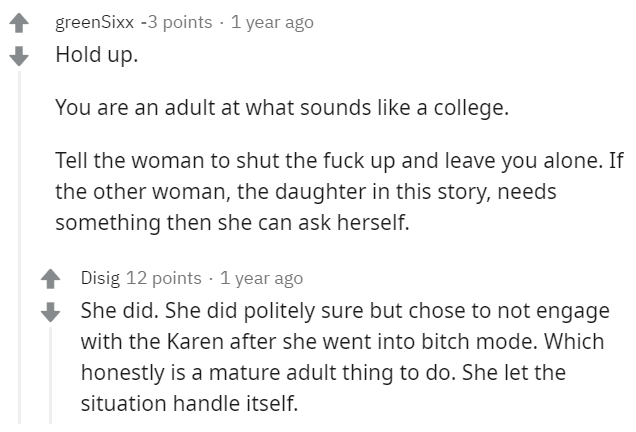