This might touch on a lot of people’s personal experiences, as I know that there are a lot of individuals who have family members with a tendency to park in handicap spaces. It’s not usually malicious, but it is extremely negligent, especially when there’s a legitimate need for it. That’s where this one user regales Reddit with a similar story where someone got their comeuppance.

It was cold, and the ground was icy. Bob (which is probably not his real name), had an artificial leg and couldn’t walk all the way across the icy ground because of it. So when he came to class and found out that someone had parked on his spot illegally, he decided to do the only thing that made sense at the time. And boy, revenge sure does taste sweet. 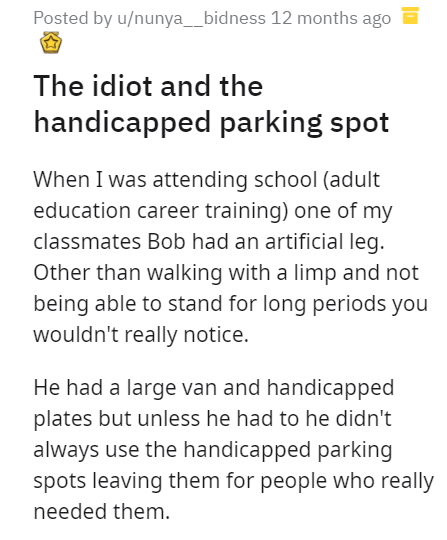 #2 They always seem busy don’t they? 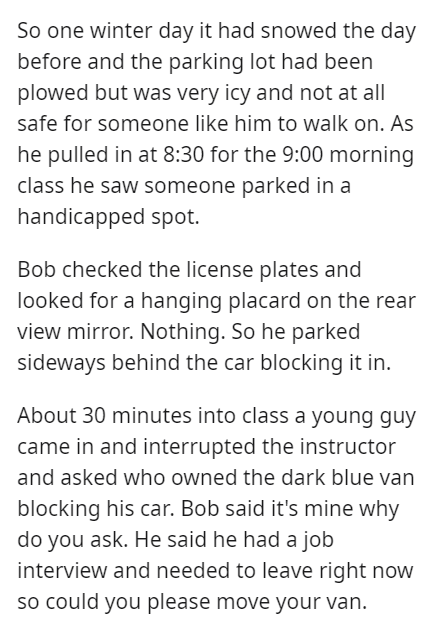 My father has been known to do this very same thing to people for the very same reason, especially at his local super market. Find someone in the spot without a plate or placard, parks behind them, goes in and lets the manager know, then does his shopping. At least once he had police and a tow truck happily waiting for him to come out so they could tow the offenders car. Same deal as Bob, don’t try to out jerk my dad.

#3 Never too long, so I’m allowed to break the rules right? 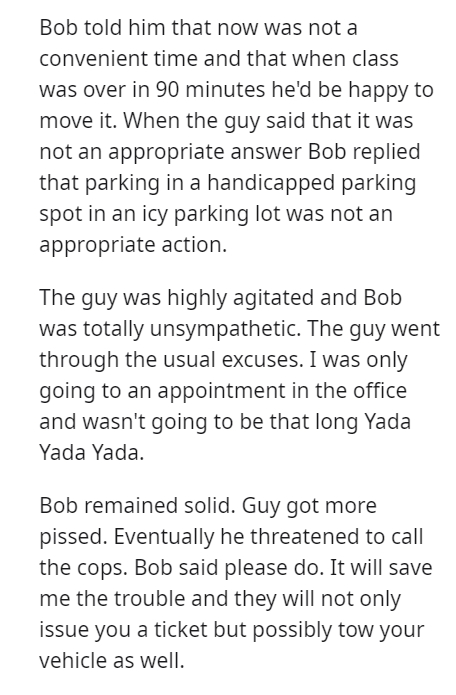 #4 He listened to the radio instead of playing on his phone? 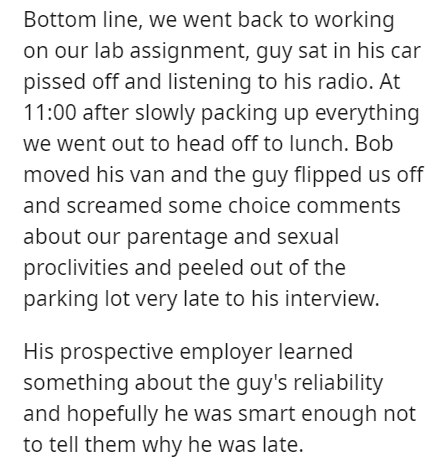 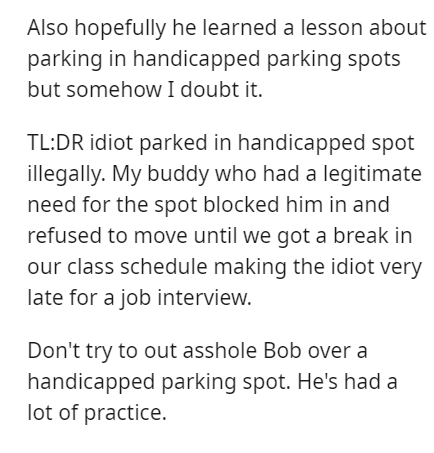 Im disabled, I am sometimes doing well and sometimes walking is really hard. I use the placard on those days. Dont when I dont have to, as the vast majority of us do. We recognize that if we dont need it that day, someone else will and saving the spot for them if it isnt needed is what I would want someone to do for me.

This summer I saw a corvette parked not in the handicap spot but in the unloading zone. Someone in a wheelchair literally could not get onto the cub because of this prick. The guy didnt have a placard, not that it mattered because you cant park there regardless but still, it made it extra evil.

I sweetly explained to the security guard that the guy was parked in a way that was harmful to disabled patrons. He called the local pd, I grinned and laughed the entire time they towed his car.