What is it about humans that prevents them from realizing that they have been created perfectly beautiful and that everyone is attractive in their own way? What is it about the people that make them wish to enhance their characteristics and appear more good-looking? Cosmetic surgery has expanded dramatically in recent years, mostly as a result of the efforts of celebrities to make young people and the general public more self-conscious. The criteria for attractiveness are solely dependent on makeup, cosmetic surgery, and filters. But few of us are aware of these factors. Anyway, not all of these cosmetic operations have been successful and sometimes they can turn a gorgeous person’s features unpleasant and unsightly to look at.

Many of these celebrities are in peace with these cosmetic surgeries, some of them have experienced a nightmare and expressed remorse for having undergone the operations and have chosen to age naturally instead. Likewise, we have compiled a list of celebrities who were happier with their natural look. Scroll down to have a look at them: 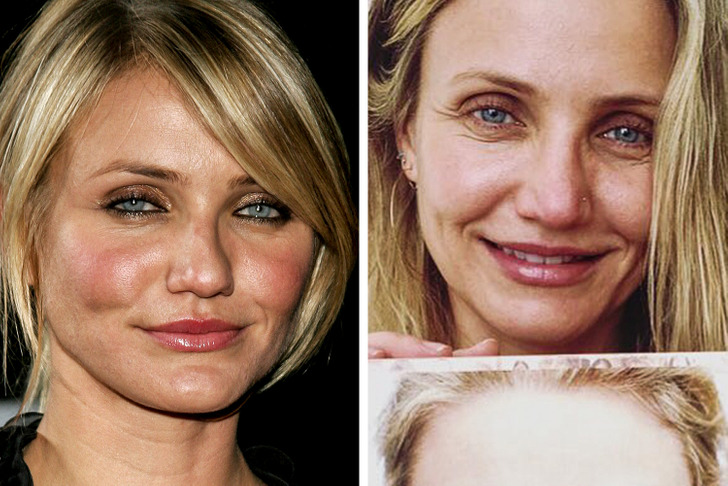 During an interview in 2014, Cameron Diaz stated that she had tried Botox in the past but didn’t like the effects because she didn’t recognize her new face. Cameron has since become a supporter of natural aging. She also adores her grin lines since they indicate that she has “smiled her whole life.” 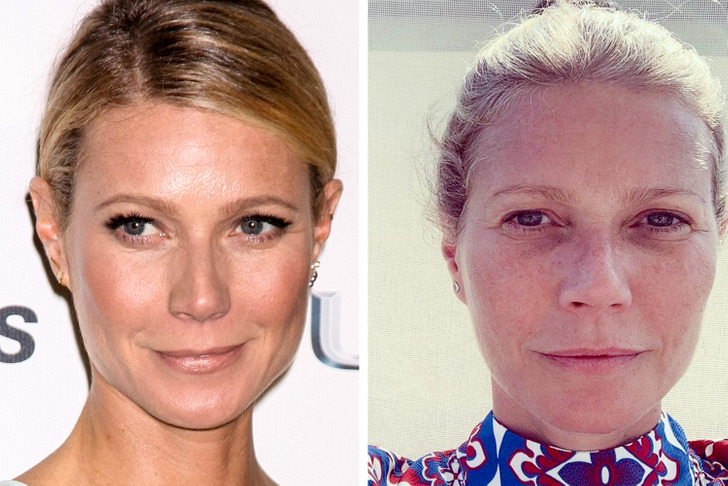 Gwyneth Paltrow has also experimented with Botox. She is not opposed to all cosmetic treatments and may try others in the future, but she will never get Botox again. According to Gwyneth, she “looked crazy” after Botox.

3. Kylie Jenner had plump and fillers on her lips because of insecurities. 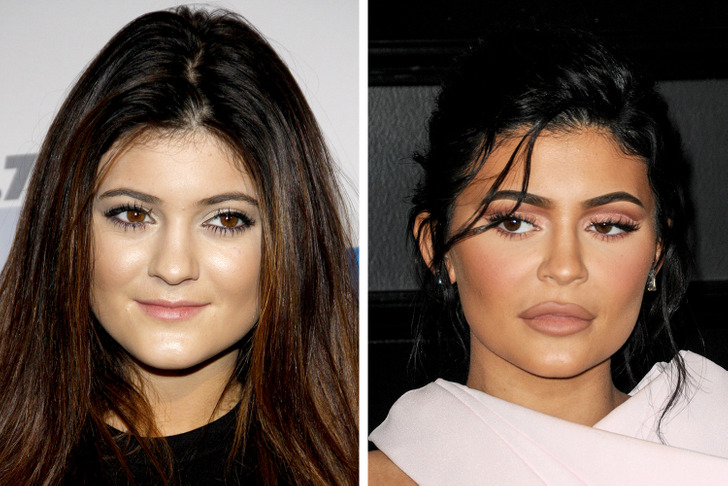 Kylie Jenner felt self-conscious about her tiny lips as a child, so she used injections and fillers to plump them up. While she doesn’t want to go back to perfectly natural lips, she admits that she went too far at one point. It was a traumatic experience that she swore never to repeat.

4. Jennifer Grey after her nose job. 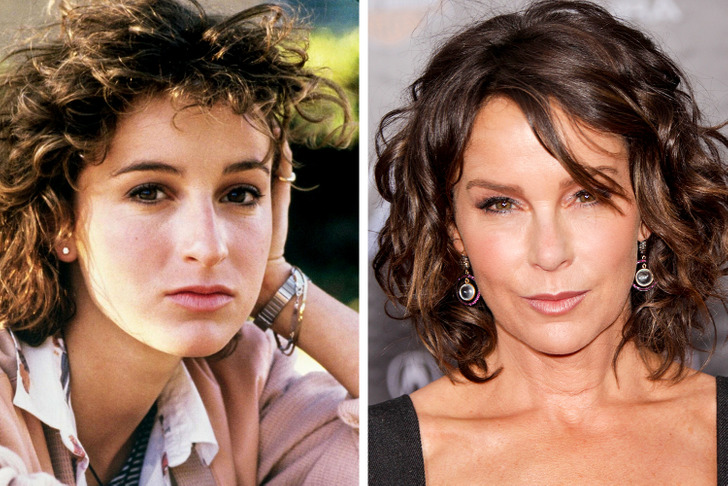 In 1989, just a few years after starring in the hit movie Dirty Dancing, Jennifer Grey underwent rhinoplasty surgery. However, as time passed she began to regret the change in her nose’s shape and now holds the operation responsible for her professional failures. 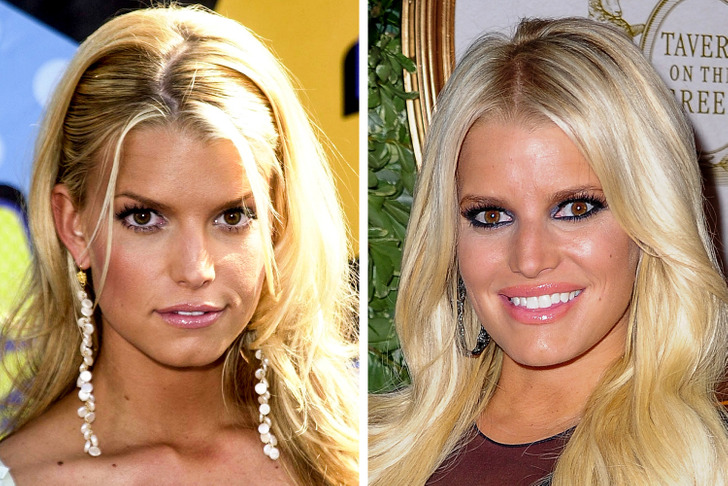 In a 2006 interview with Glamour Magazine, Jessica Simpson revealed that she had tried lip injections, but was relieved when the results faded. As a result of her dissatisfaction with the results, she decided not to undergo another lip injection treatment in the future. 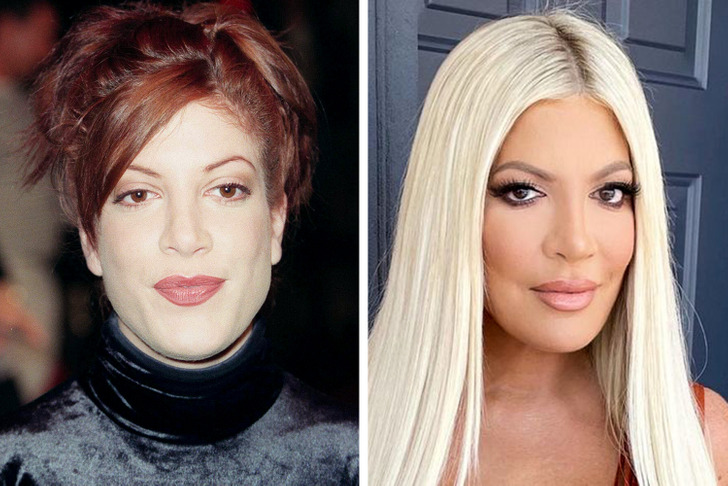 In her early twenties, actress Tori Spelling had breast implants. Later, the implants had a severe impact on her capacity to breastfeed her children, which is why she has regretted the procedure. 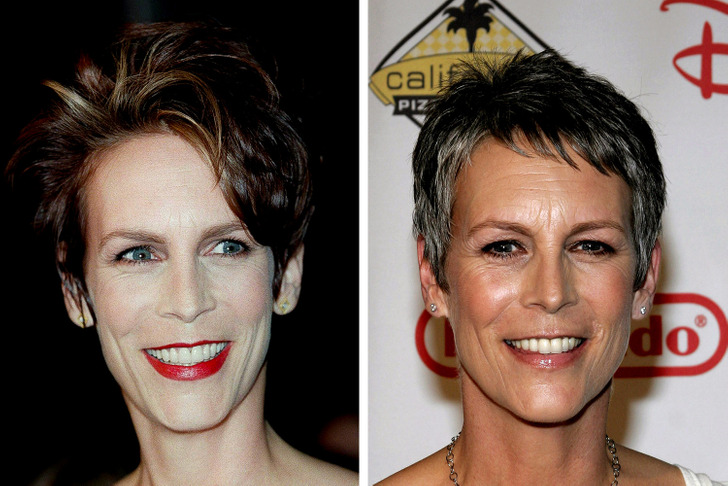 Jamie Lee Curtis, like several other celebrities, has experimented with cosmetic surgery. However, she stated that none of them worked as she had hoped for. Her support for aging gracefully has continued ever since. 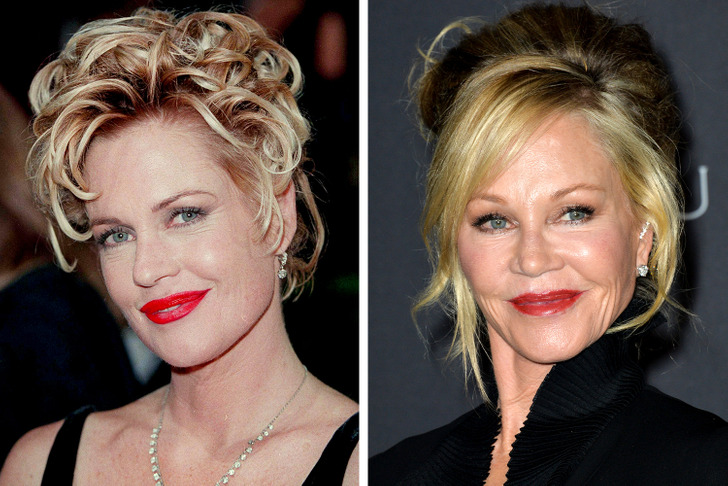 It wasn’t until someone pointed it out to her that Melanie Griffith realized she’d gone too far with her plastic surgery. Melanie was hurt by these comments and started seeing a different doctor, who helped her reverse some of the surgeries. 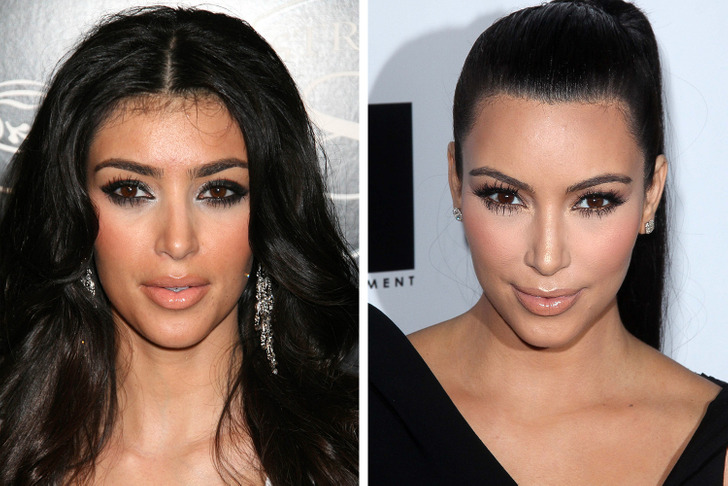 Kim Kardashian admitted to having her hairline changed using electrolysis. She used a laser to remove the baby hairs on her brow, but she was dissatisfied with the results years later. She even stated that she misses her baby hairs since they made her look more “youthful.” 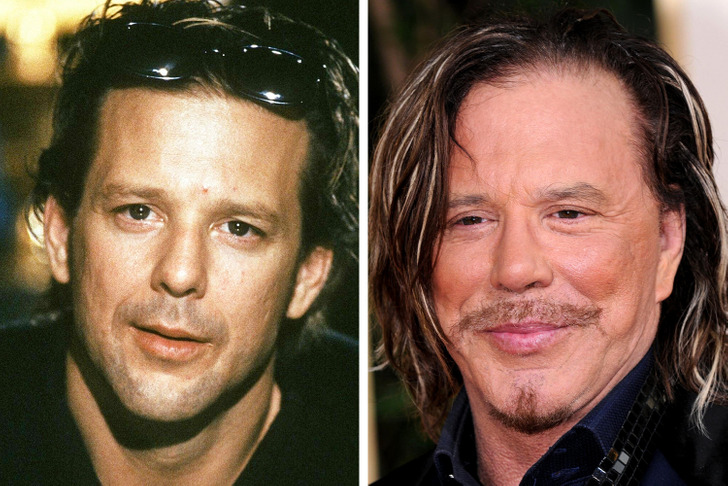 Mickey Rourke is another celebrity who regrets having plastic surgery. He believes he chose the ‘wrong guy’ for his surgeries and is unhappy with the results. 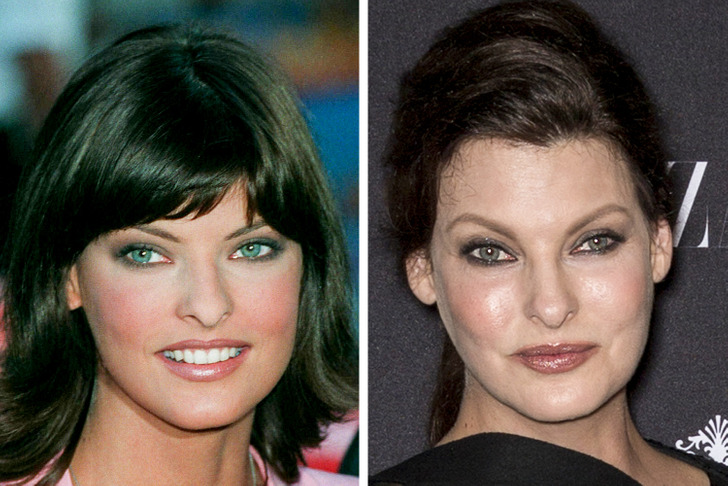 Linda Evangelista is dissatisfied with her puffy face because of failed cosmetic treatment. She stated that she no longer feels like her previous self.

12. Chrissy Teigen had her breast implants due to modeling career. 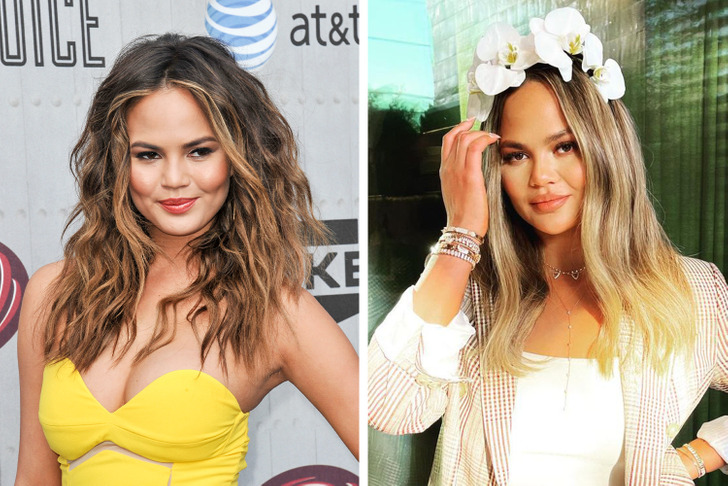 In 2020, Chrissy Teigen removed her breast implants due to breastfeeding complications. She stated that her modeling career was the primary reason she received implants in the first place.

13. Priscilla Presley had injections that gave her ugly look. 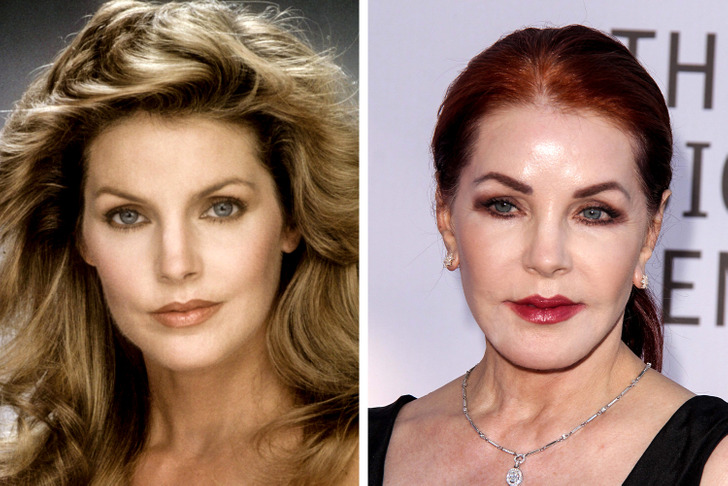 The actress later revealed that the injections she got were risky and gave her ugly look. Priscilla Presley believed that she had a failed cosmetic operation and she regretted it later.

14. Ashley Tisdale faced some side effects after breast implants. 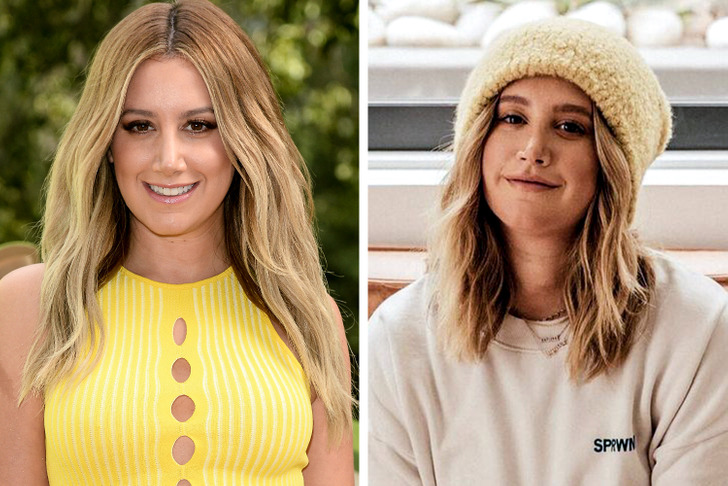 Ashley Tindale is also one of those celebrities who regretted having cosmetic surgeries. She had also removed her breast implants after observing some negative side effects in 2020.

15. Cher didn’t get the desired results after breast surgeries. 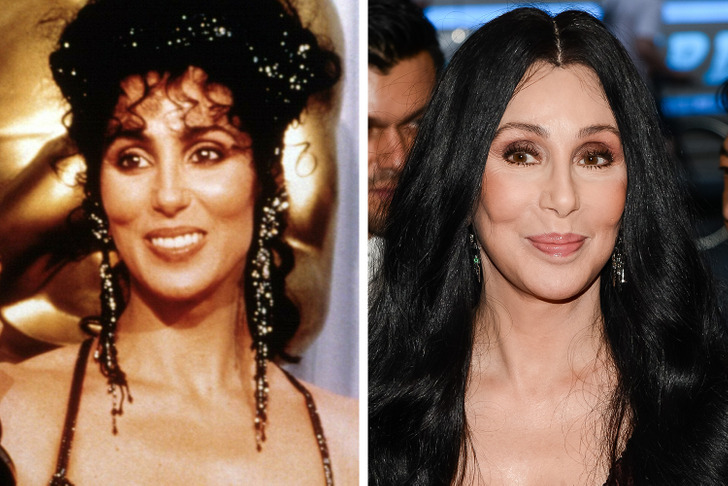 Cher said that her breast enhancement had made her seem worse than before. It’s evident that the treatment didn’t produce the results the famous singer was hoping for.

16. Nicole Kidman wasn’t exactly happy with her Botox surgery either. 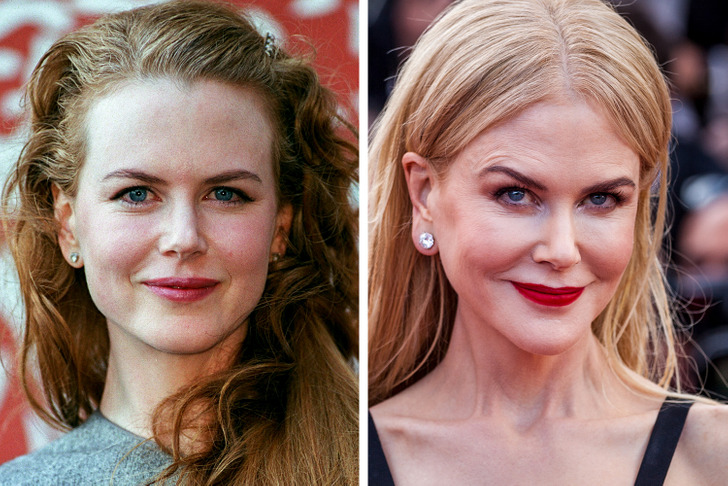 According to Nicole Kidman’s own assessment, she felt that after Botox she was left with a frozen face. Since then she didn’t wish to have any surgeries in the future. Also, she wished that she could “move her face again.”

Have you ever had any kind of cosmetic procedure? If so, how did it go for you? Was that exactly what you wanted or did you come to regret it? We’d love to hear your experience in the comment section below.