How do you identify a choosing beggar disguised as an influencer?

These “influencers” really need to stop. It is indeed getting out of hand. Nowadays, you will see millions of people creating a public account on Instagram and posting random things, followed by giving themselves the title of an “influencer.” These people aren’t influencing anyone, they are just random people who think they are famous because a bunch of people follow their account. It is fine if you want to build your public page, but misusing that title to exploit others is where these influencers cross the line. You are probably seeing an increase in the number of stories on the Internet about influencers trying to get free stuff in return for exposure. This exposure usually does not fill the cost of the products they are demanding for free.

This Redditor posted a yelp review by an influencer who rated a pizzeria 1 star just because they wouldn’t give her a discount. She seems to be pretty entitled. However, the world owes her nothing. Scroll down below to read the review:

The yelper gave the pizzeria a bad rating because they wouldn’t give her a discount solely because she was an “influencer.”

This was the review that she wrote: 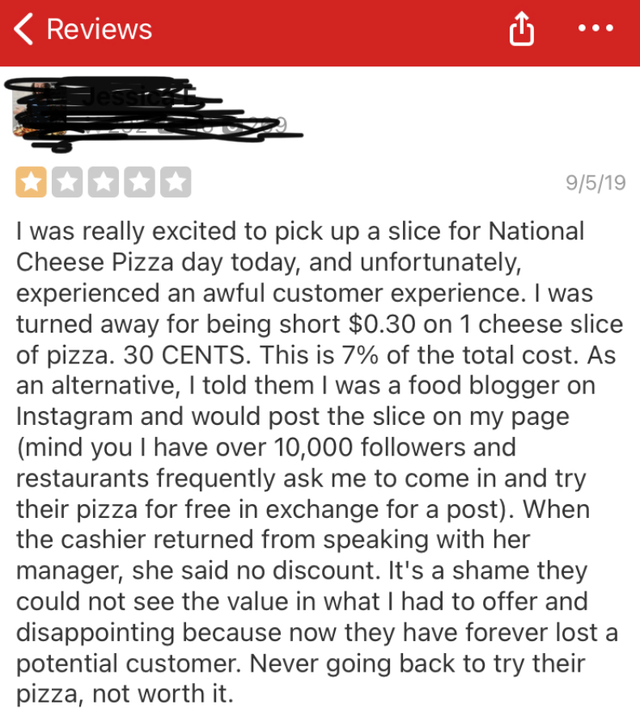 The woman was 30 cents short on her slice of pizza, which was about 7% of the total cost. The pizzeria turned her away. But then she revealed to them that she was apparently an Instagram influencer and would post their pizza on her food blog if they gave her a discount. The pizzeria refused to do so. She then said that “it’s a shame they could not see the value in what I had to offer” and said that they just lost a potential customer forever.

Well, this must be pretty embarrassing for the woman. If she was such a huge influencer, why couldn’t she afford to pay 30 more cents for her food? Apparently, being an influencer is not paying her bills. Pulling out the influencer card probably irritated the staff even more. She really did act like a choosing beggar.

This is what other Redditors had to say about the influencer:

The “exposure” would have brought them zero benefits.

How dare they demand money?

Good riddance to such a customer.

This Redditor explained the meaning of a “potential customer.”

That isn’t really a lot. 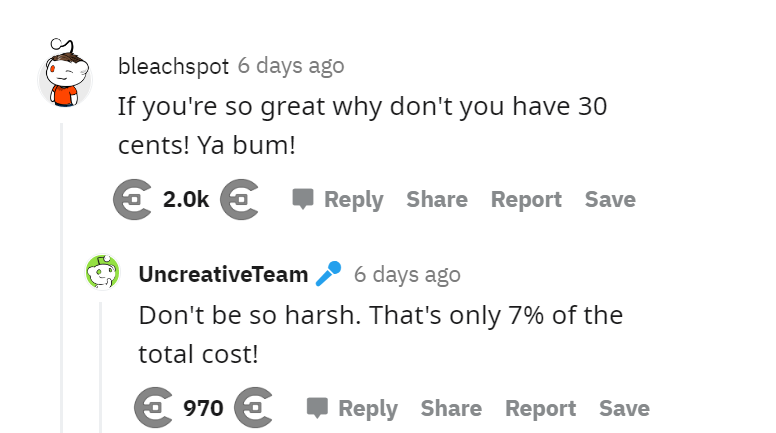 Stay far, far away from them. 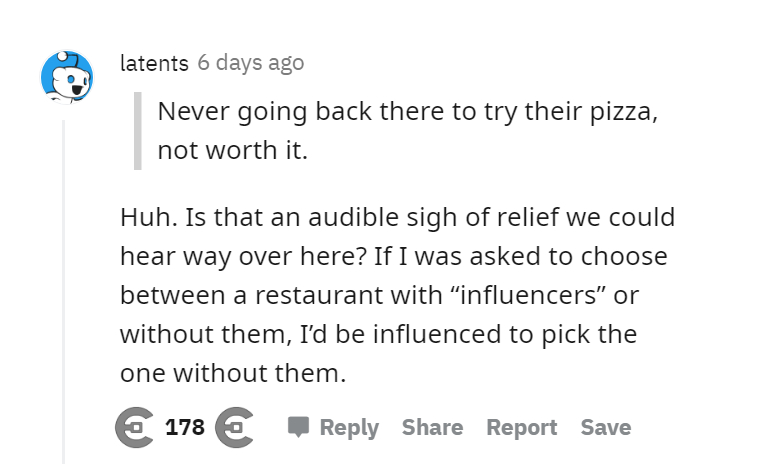 This pretty much sums up the situation.

Why didn’t she just go for the free pizza?

That is just sad. 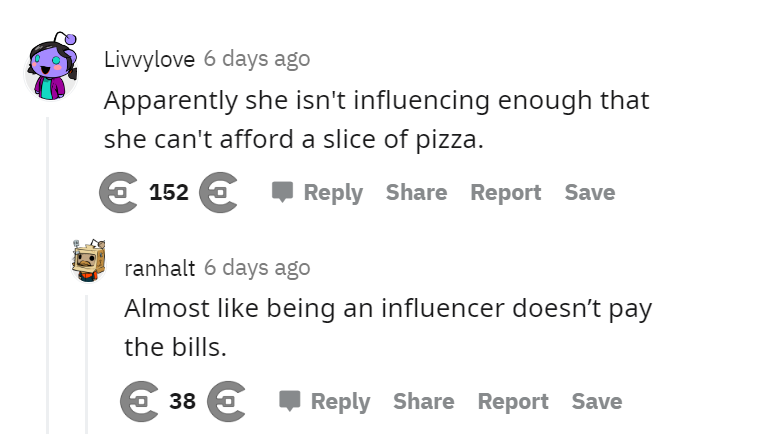 She does seem to have an attitude problem.

Do you think the woman was unfair for asking for a discount? Share your opinion on influencers with us in the comments below.