There are some rivalries that the whole world is familiar with. Ferrari vs Lamborghini. McDonald’s vs Burger Kind. Coca-Cola vs Pepsi. Dog vs Cat. And the list goes on and on. The majority of these rivalries are man-made. For example, the whole which burger is better or which soft drink is better are all arguments created by ourselves. You could say these funds weren’t naturally formed. They are man-induced feuds. But what do you guys think of the whole dog vs cat thing? Yes, there is one man-made rivalry as to which animal is better than the other. But there is another rivalry that exists between the two animals.

For some reason, cats and dogs absolutely hate one another. I mean, yes there are examples of the two living like best buddies, but that is a very rare occurrence. Although, I 100% believe that the two can live in harmony as no challenge is impawwsible for cats and dogs but what can we do if the two don’t that to happen. And their hatred for each other is not hidden. The world-famous rivalry has been picturized on television as well. Remember Spike and Tom from Tom & Jerry? Never for once did they reach a mutual agreement. And there are thousands of other examples as well.

Today, I’ve got some hilarious instances of dogs living with cats. But the twist is that the dogs are totally unaware of how much the cats hate them. And we have pictures to prove that. Be careful, because the hatred of cats for dogs may spill right out of your screens.

Scroll down below for a nice laugh.

1. Poor doggo has no idea what’s running through its so-called friend cat’s head. 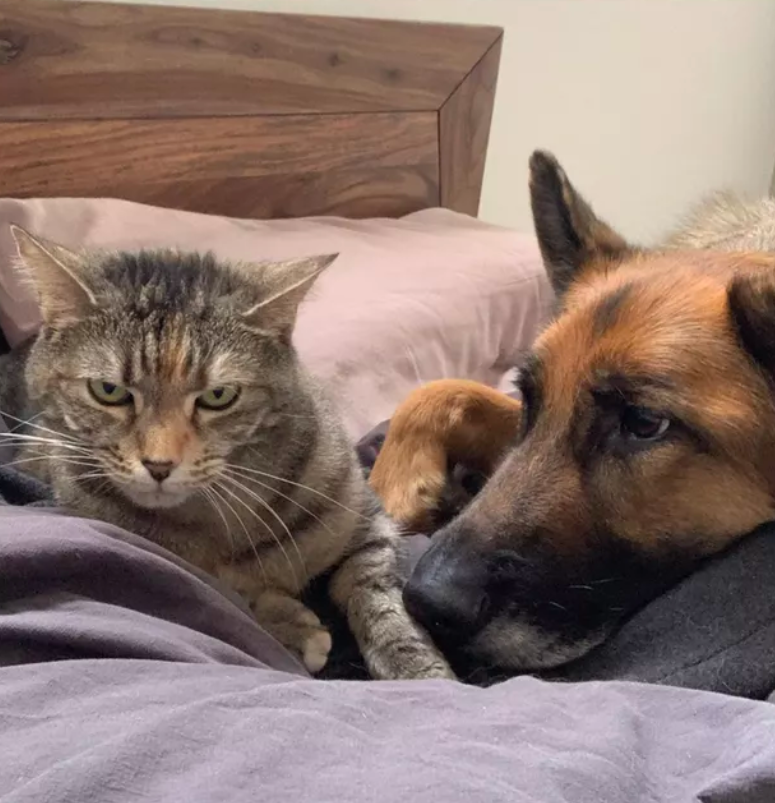 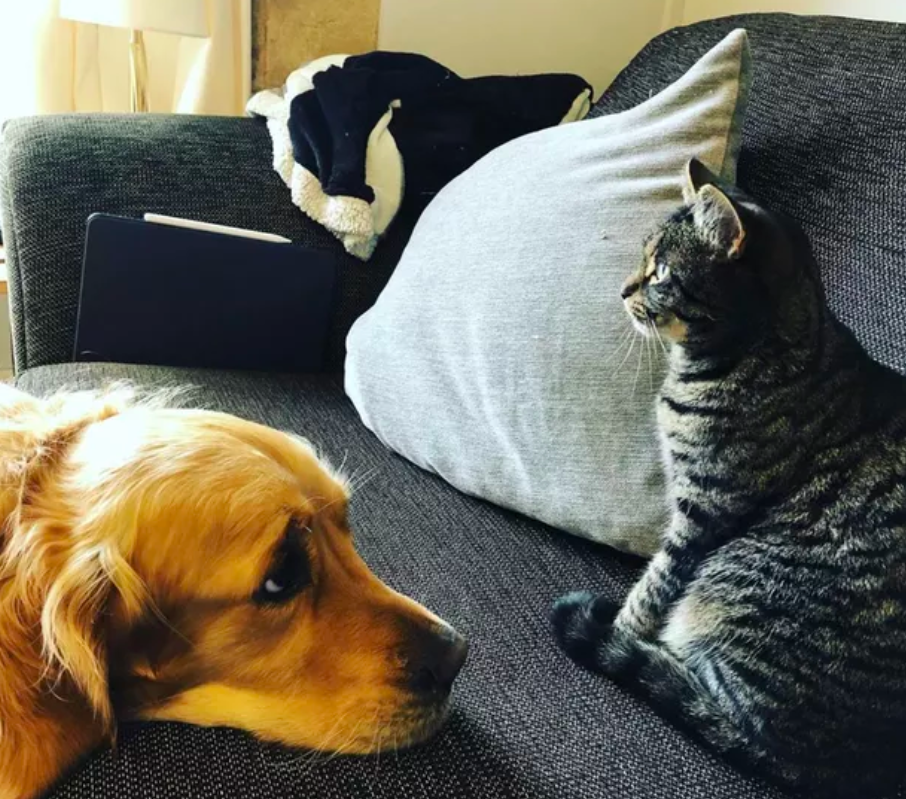 3. That cat does not look happy at all to be in the presence of a dog. 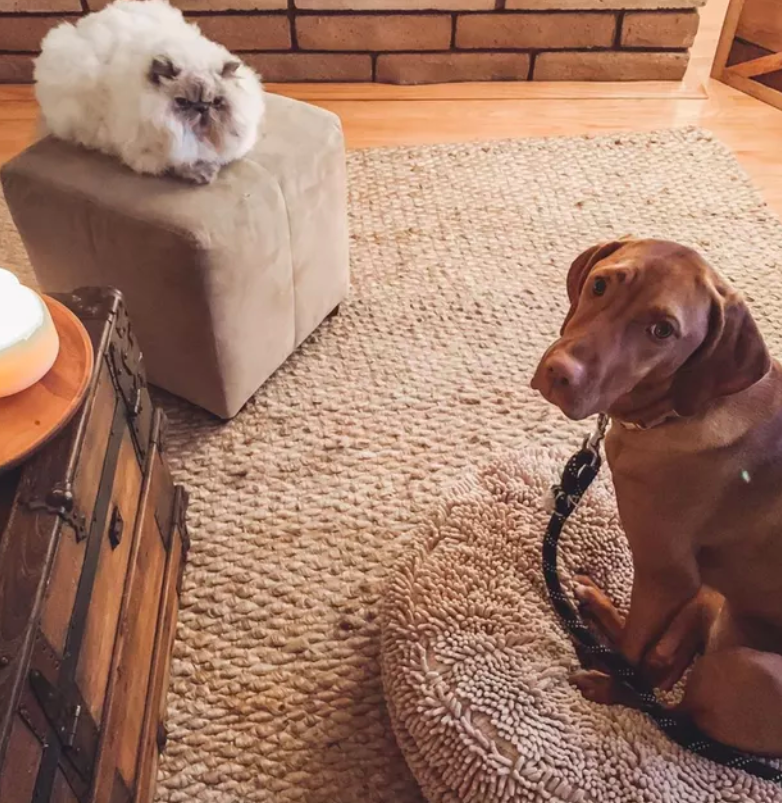 It is an open canvas for all of you guys what grim thoughts are running through these cats’ minds. But their expressions pointing towards a reality in which dogs shouldn’t exist. Okay, shit just got deep.

I feel sad for the dogs. They have the right to know. Because, in their minds the cats are still best buddies to them. A buddy who they expect will put in equal amount of effort and love. But no, reality can be harsh sometimes.

Oh wait! Did I just add fuel to the blazing fire called ‘cats vs dog:? I am evil. Scroll down below to continue.

4. Listen! Don’t look yet but your cat buddy right there looks like they are plotting your murder. 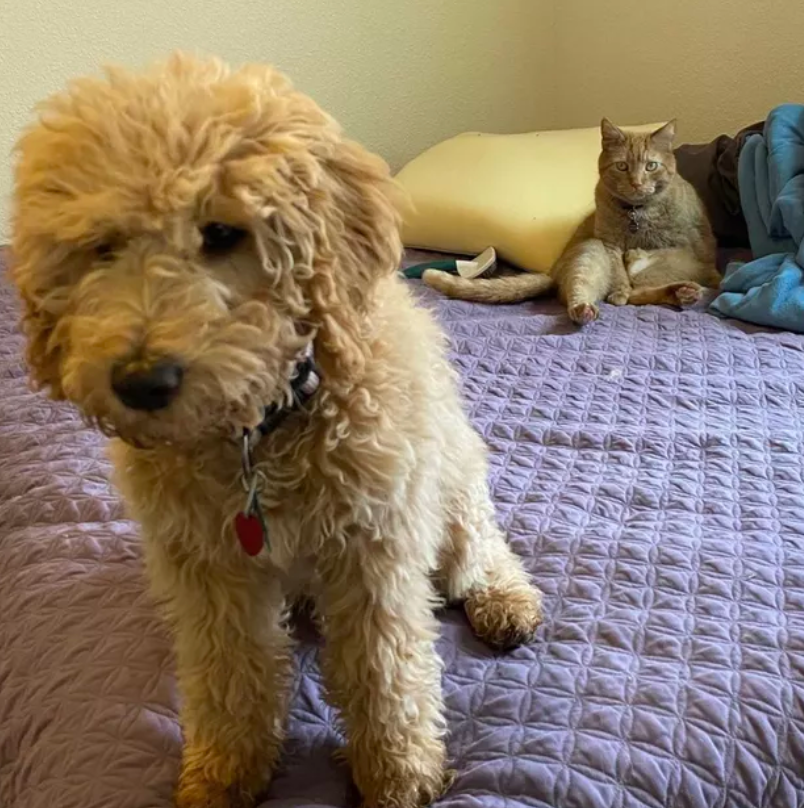 5. That dog looks so heartbroken after realizing that who he considers a ‘best mate’ absolutely hates him. 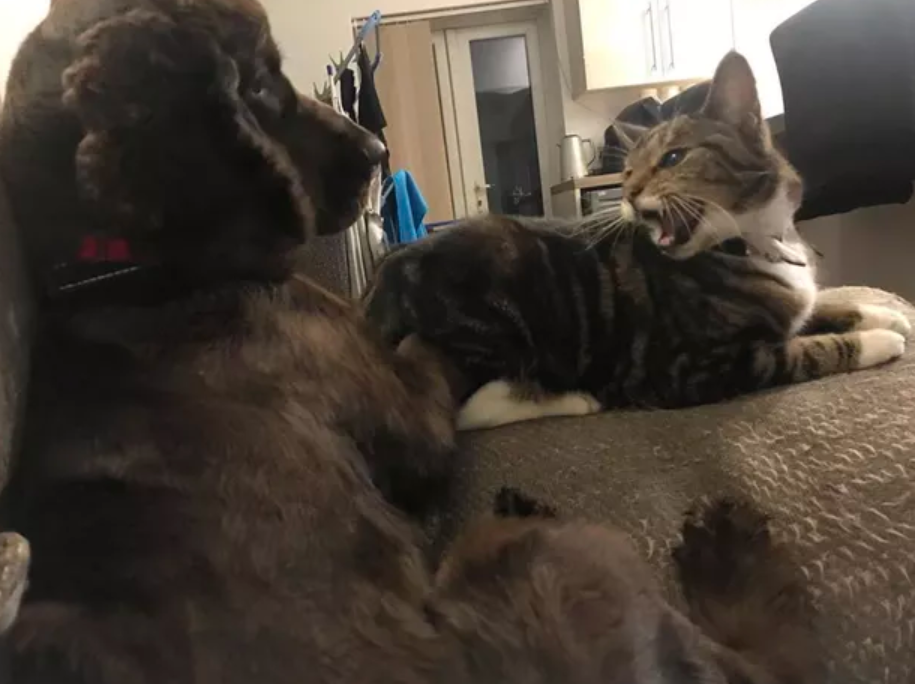 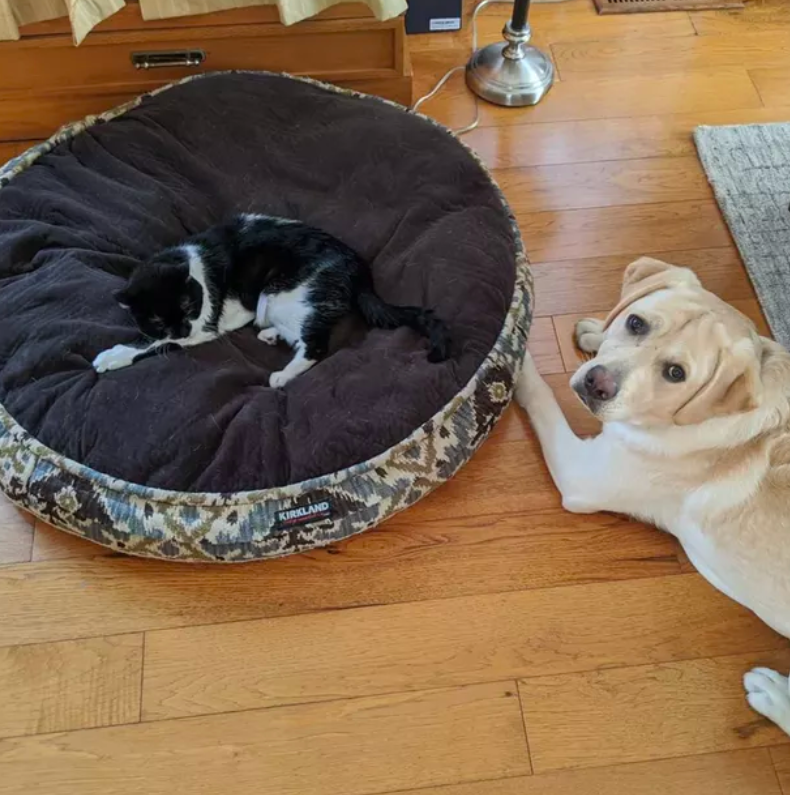 And we are done. Sorry but I’m picking sides here. I am with the doggos in this one. Gotta learn the woof woof language as soon as possible to alert these innocent dogs about the reality.

Jokes apart, I hope you guys found the fun in this post that I was trying to induce through my hopeless comedy. Let me know how you all felt in the comments section down below.