Cats have been an important part of human life for many years now, whether we realize it or not.

They’ve been ingrained in society in one way or another for centuries and their roles have truly evolved drastically. Nowadays, we definitely regard them as kings and queens of our households and they definitely rule our heart. But did you know that there was once a tabby cat that was named the Mayor of a town in Alaska for 20 years? This cat was actually elected to this position in the town of Talkeetna, and even though he didn’t end up making, passing, or implementing any laws, he was loved by everyone!

People have clearly loved and adored cats to no end. According to the Guinness Book of World Records, the richest cat was one that inherited a 7 million pounds fortune from his loving owner who only recognized his cat, Blackie, in his will! Now that’s true love! (I wish I was that cat though). Another extent of the love owners had for their cats can be seen by a ritual followed by the Ancient Egyptians in 440BC. It is claimed that if a family’s pet cat passed away, the members in the household would shave off their eyebrows to mourn the loss of their beloved kitty!

This is just the tip of the iceberg, we have many more crazy cat facts for you, so let’s get scrolling for you to have your mind blown and learn some things about cats that you never knew before!

How can people even think like that? Just look at those adorable faces!

Not sure whether we should be happy about the fact that our cats care for us or sad that they think we are crappy.

8. His catto gave him away!

10. The next genius of our times

Plot twist: The cat was the actual Godfather 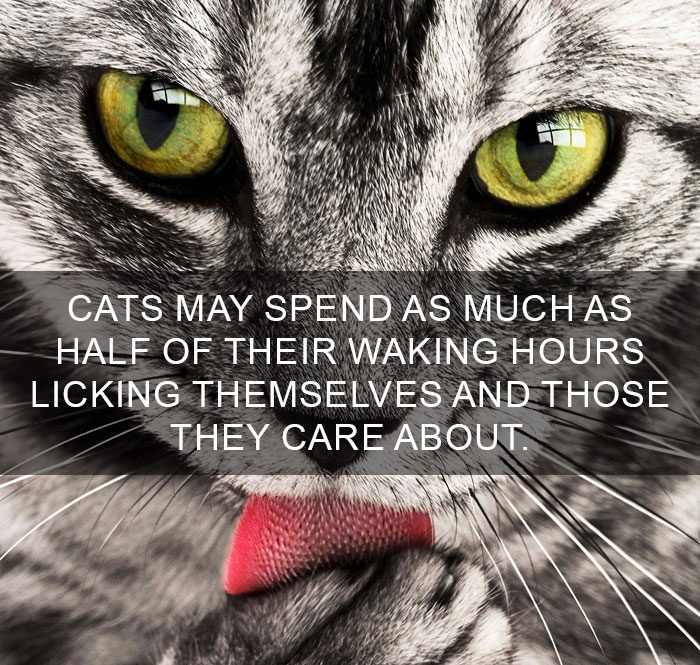 19. If only we could speak cat

21. They were replaced by owls

22. Really should have listened to the cat

23. Better than eating your vegetables!

25. That’s why you feel relaxed with your cat.

Cats are truly miraculous creatures! In ancient civilizations, they were literally regarded as royalty, and this is something we can learn from! If you love your domestic cat as much as some of these people have, then you’ve got the right idea. Cats have been proved to be extremely intelligent creatures and have been quick to predict future incidents in an uncanny way with their sixth senses. They truly do have nine lives!

There are so many more cat facts to go that will continue to shock and surprise you, but we’re sure you’ll learn much more about cats than you thought you knew! From their diet to their habits, preferences, and intelligence, humans over the years have given them the importance they deserve as the majestic creatures that they are. So treat them right, learn how to take care of them in the best possible way, and give them as much love as you have to give!

27. Brb, walking by every cat in the neighborhood.

29. Cats have the cutest ways of showing love!

30. Babies and cattos can be the best of friends

Damn, where can I get that kind of lens?

44. Cats really do have a crazy sixth sense!

Now that’s what you call “true life” with nothing to worry about and the world at your feet.

48. Everyone needs a catto around

We’re sure you’ve learned so many interesting facts already, and your mind is blown! These simple domestic creatures are not just adorable and great for cuddles, they have so much more inside them that we humans may overlook or take for granted. These facts are not all and there are countless more fun informative facts about cats that you are yet to uncover! For example, did you know that domesticated cats share 95% of their genetic components with tigers? Because of this, there will be many similarities in behavior as well like stealthy stalking and scent marking.

Furthermore, many famous inventors like Isaac Newton paid special attention to cats and their needs. It is widely believed that Newton was the one who invented the cat door and this invention has changed the lives of domestic cats and humans alike! Another fun fact is that according to French archaeologists, the oldest domesticated cat existed 9500 years ago! A grave was discovered in Egypt that led them to believe this. We could keep going with these fun facts about cats but for now, we’ll leave you to ponder over the ones we’ve presented. Let us know which was the craziest in the comments below!