Junji Ito is one of the best-known horror manga artists around, with his work being the staple on what makes manga so much more terrifying than other comics. He’s able to weave together original stories with a very unique art style that captured the imagination of many people all around the world. Horror fans know of his work, because it has influenced many others, simply because his stories came from Japanese lore which many Hollywood movies failed to grasp.

One such story, perhaps the most infamous, is the story of the holes. Specifically, it’s called “The Enigma of Amigara Fault” where there’s this cliff face with silhouettes of people in there, a hole to fit a complete person. Evidently, there were holes for everyone in the world, and if you saw it, you were compelled to go there to fix yourself into the hole. Because it was made for you and only you. But once you got in, you couldn’t get out, and any movement pushed you further and further into the hole, until you came out of it the other side with some… Alterations. I won’t spoil, so you should definitely go read it yourself.

#1 This cosplayer is a huge fan of his work 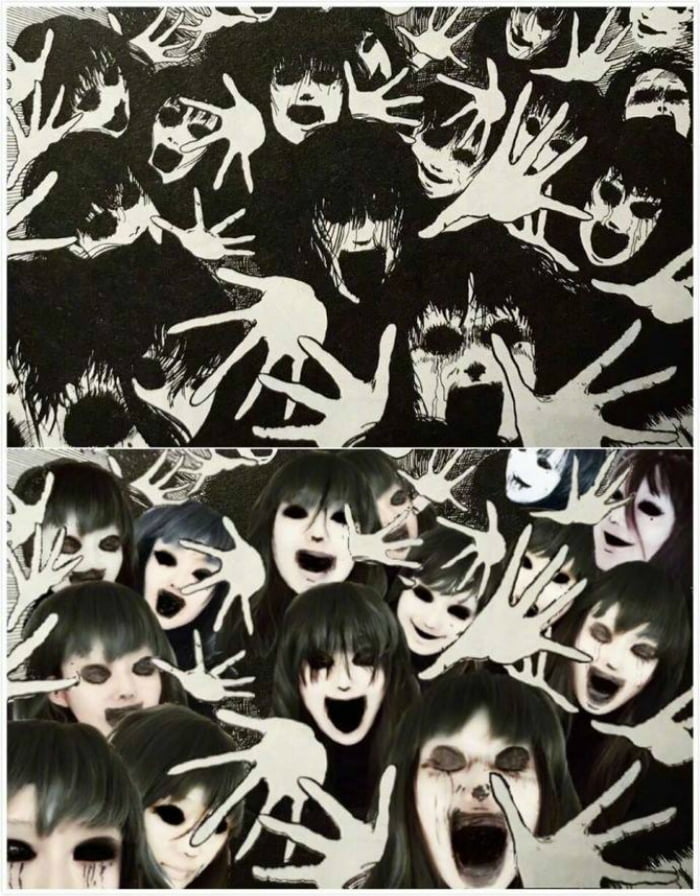 The Artifice wonders why Junji Ito appeals to so many;

Even a simple Google search for Junji Ito brings up pages upon pages of gory screenshots from his manga. Wading through the depths of these images, one thing is made immediately clear: Ito has a very distinct style, and it is horrifying. Being an author of manga, Ito’s artwork is almost entirely black and white, with colour only being used for cover pages. Obviously this is normal for manga, and does not prevent the conveyance of a wide range of moods and aesthetics. Ito is no different, taking this lack of colour and using it to create eerie images, with characters that appear devoid of life. Human characters rendered by Ito tend to have white skin, with realistically detailed features.

#2 She accurately recreates his frames 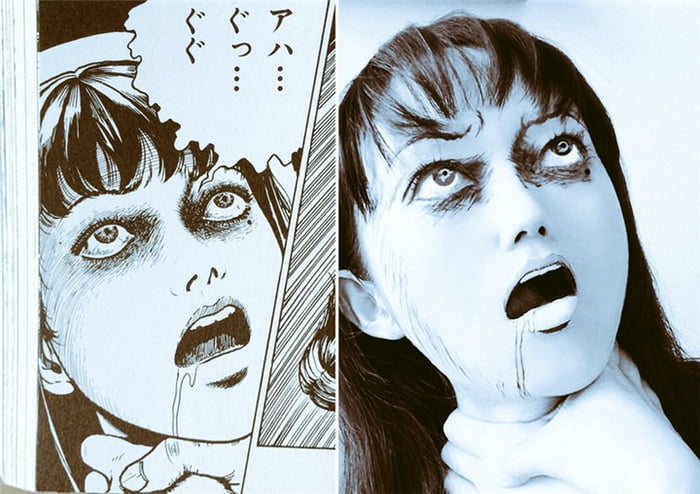 #3 There’s some editing involved too

#4 But most of it is just raw talent 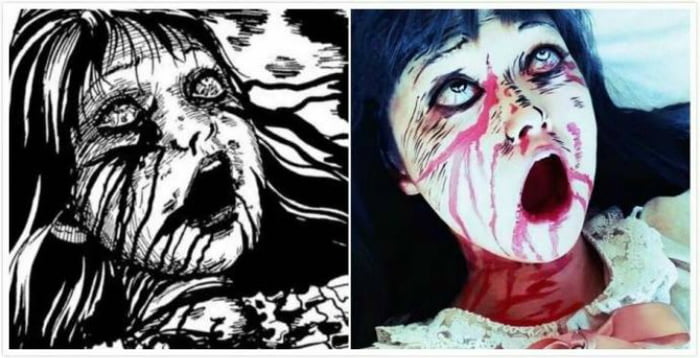 #5 She brings to life these creations of horror 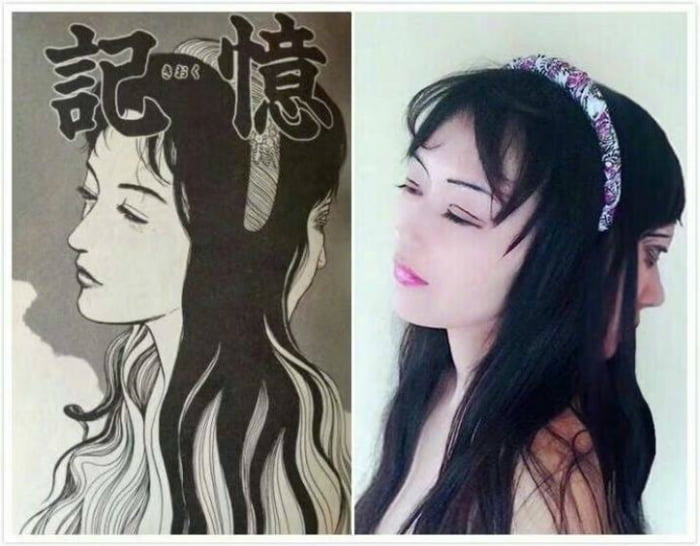 While one would think that this lends itself to humanistic, lifelike characters, this is not the case for Ito’s work. Of particular note is that, despite the intricate details drawn into their faces, Ito’s characters never have any blushing in their cheeks. This visual choice contrasts with that of most other manga, and gives the characters a pallid, lifeless look. This creates a sense of ‘inhumanity’, which is a common theme in Ito’s manga, and adds to the overall ambience of his stories.

#6 Most of which are just straight up iconic 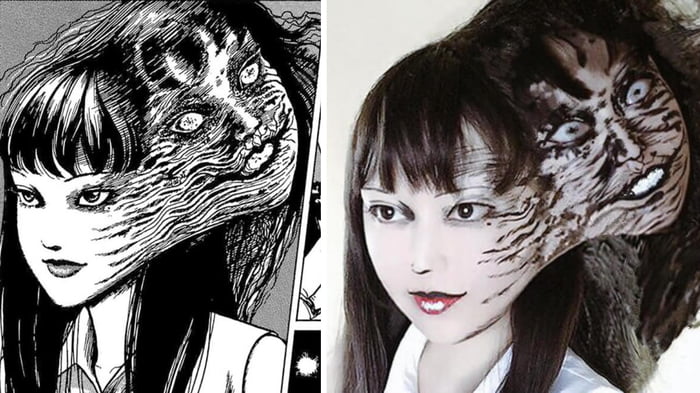 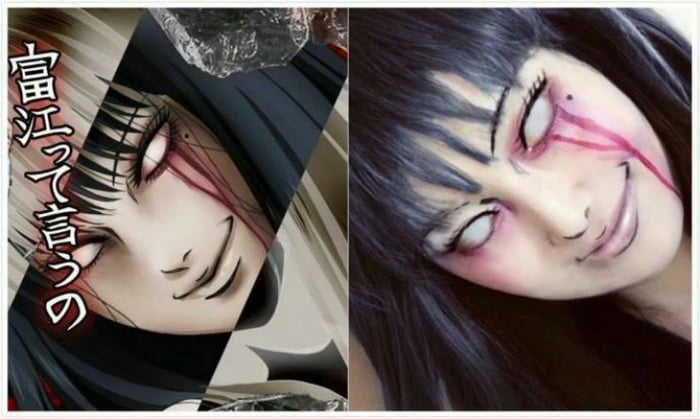 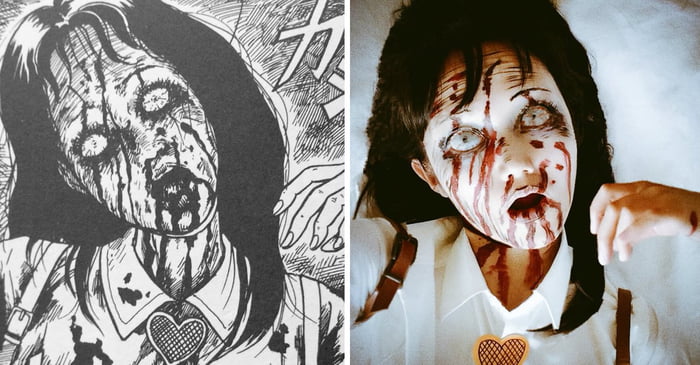 #9 Which makes it so hard to recreate in real life 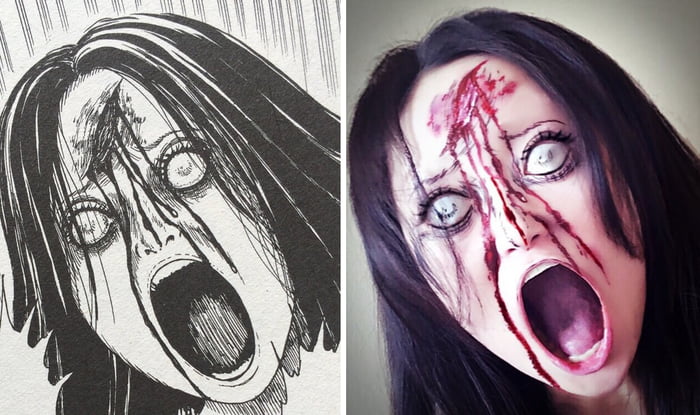 #10 She uses a combination of makeup and special effects 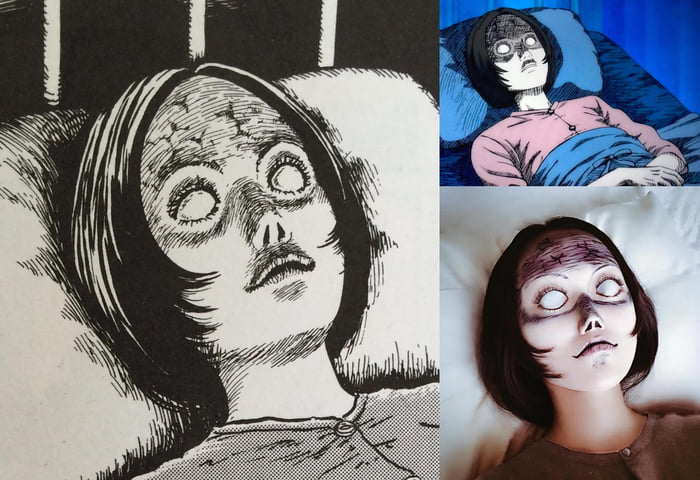 #11 Which lend themselves to wonderfully awful combinations

Additionally, character faces tend to have minimal shading, other than for dramatic effect. The plain face provides an excellent contrast for details that are drawn on, and emphasises any unnatural elements that are present. In particular, the eyes tend to be drawn with more detail than the surrounding face. This allows fearful emotions and the insanity of the characters to stand out, even when other elements of the horror are not visible in a particular panel. 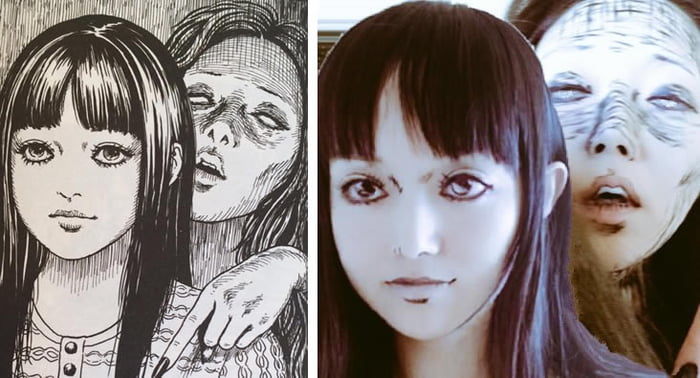 #14 And captured the lighting 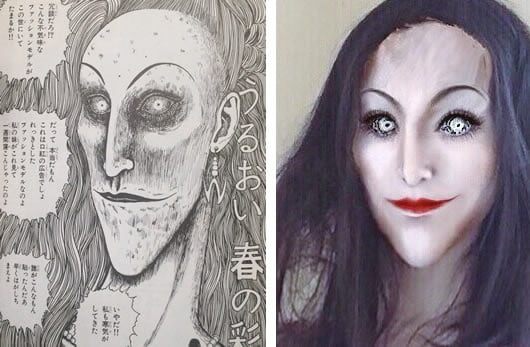 #16 She even got the doll lines down 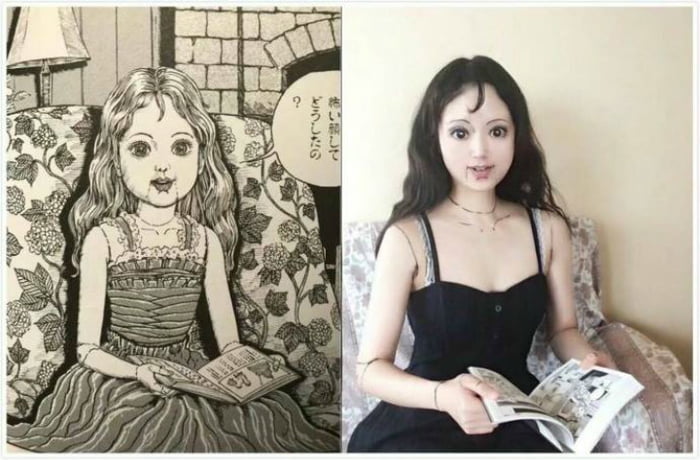 #17 She can even recreate the more normal ones

#18 Or the normal ones with some horror thrown in 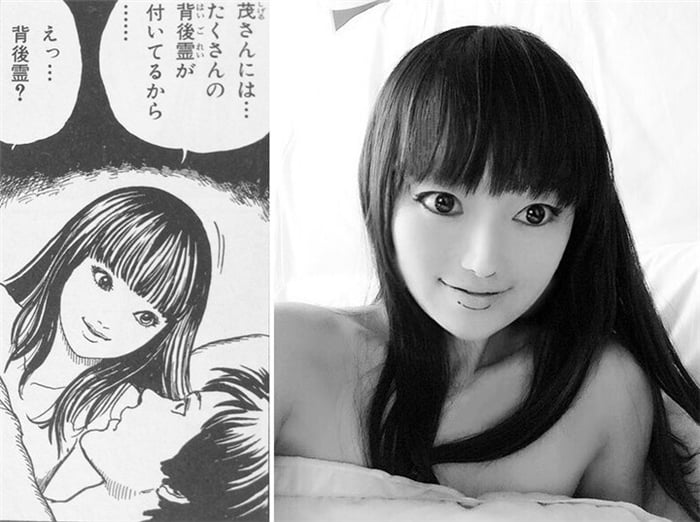 #19 What’s a Junji Ito work without some creepiness, right?

#20 Either way, this girl is killing it.

What about you? Are you a big fan of Junji Ito yourself? Tell us down in the comments!